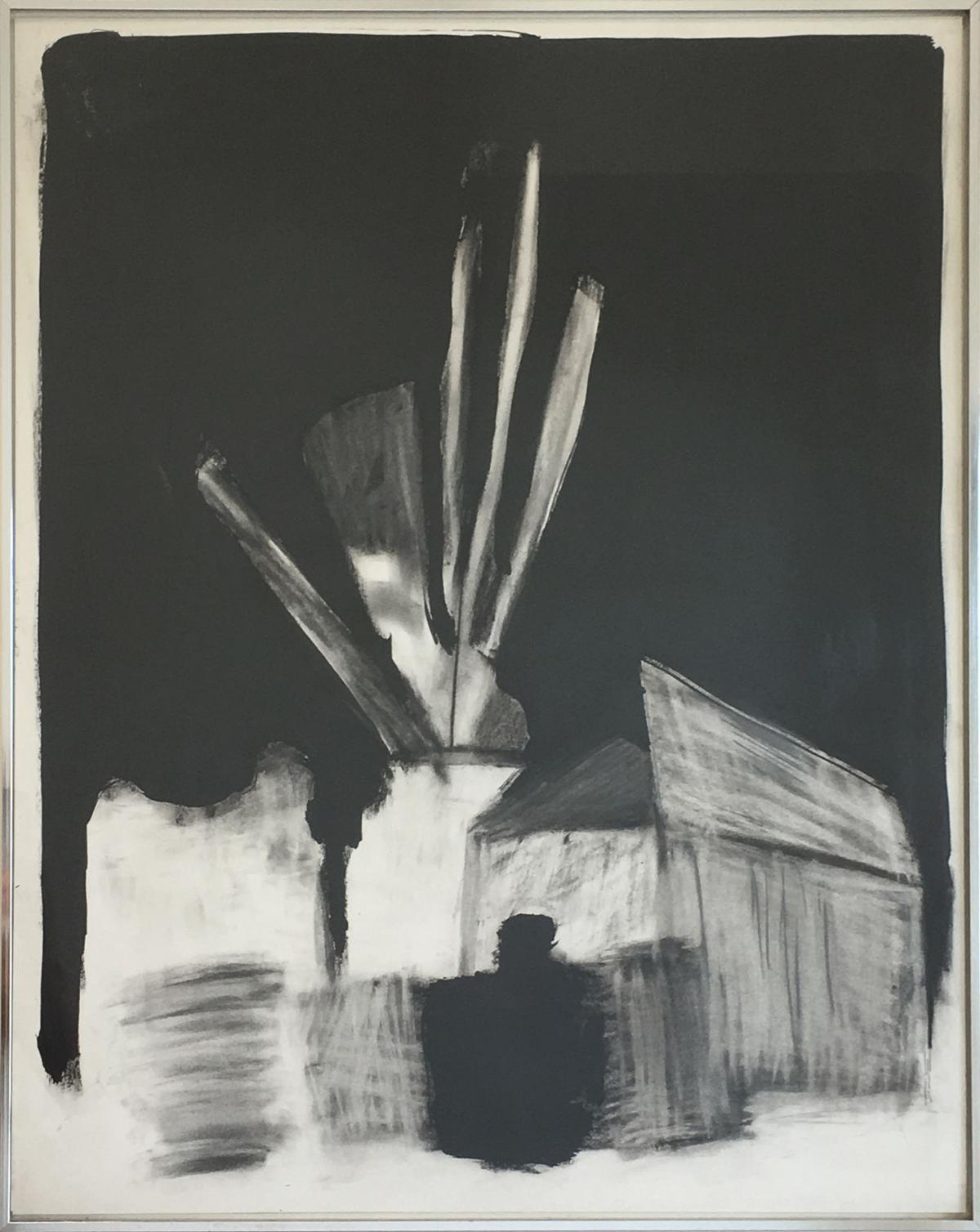 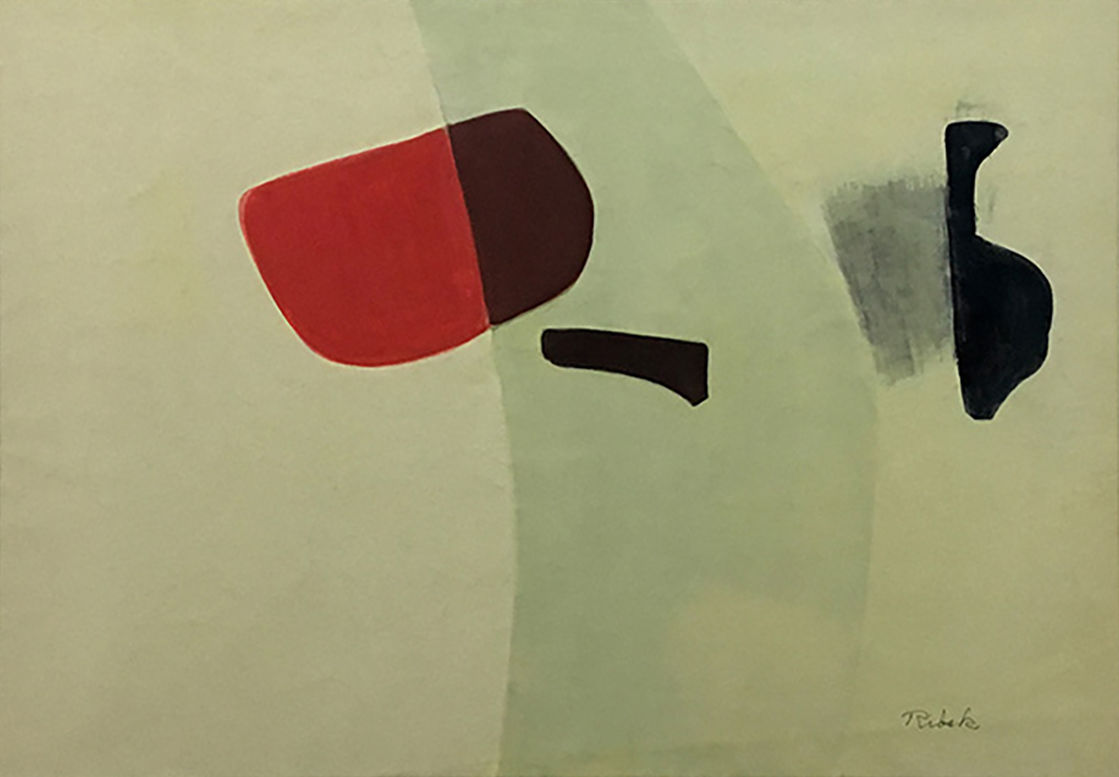 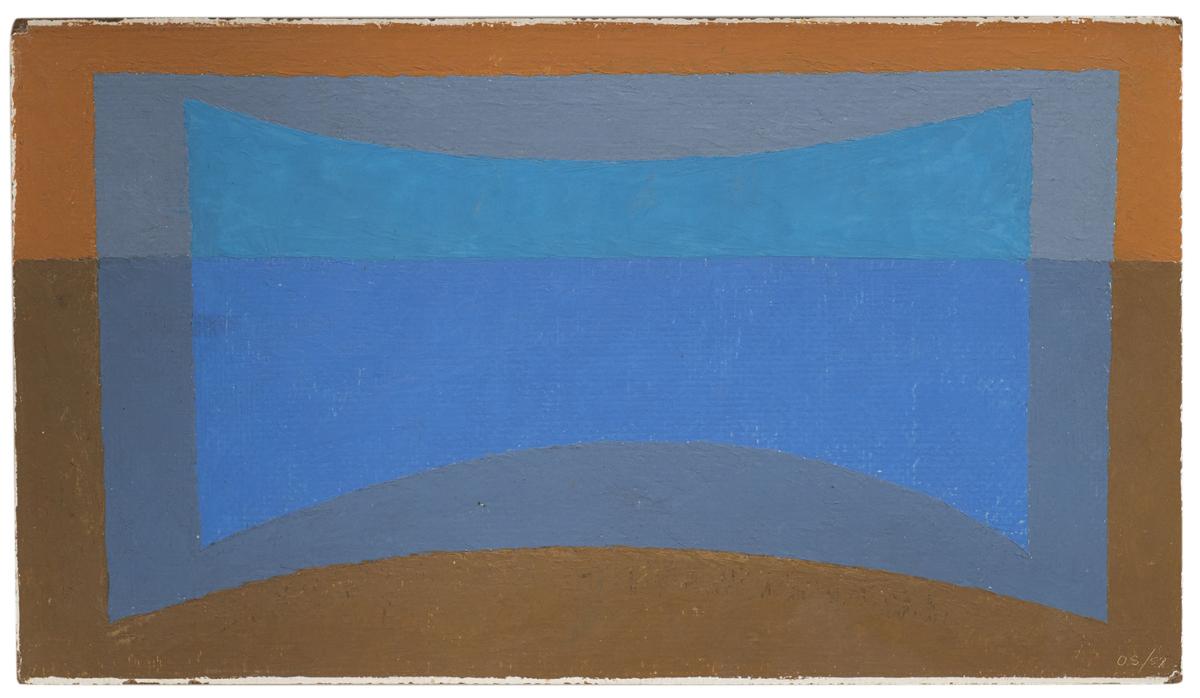 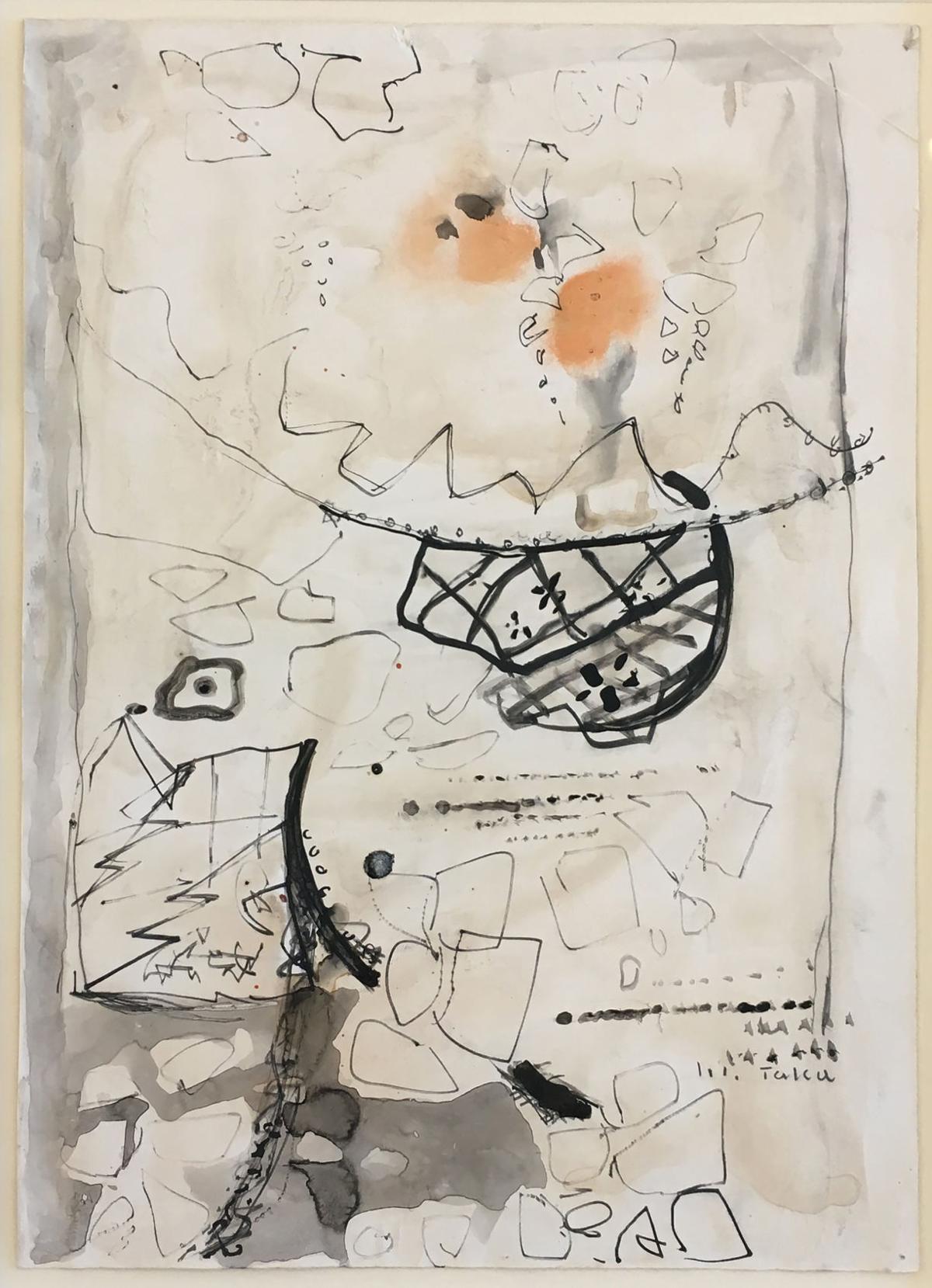 The lush romanticism and representational imagery that dominated the work of artists who settled in Taos during the early 20th century was effectively dead by the time World War II was over. First came the Great Depression. Then came the war. A new generation of artists were coming to the city, and they brought with them an entirely different artistic sensibility.

Like their forebears in the Taos Society of Artists — Joseph Henry Sharp, E. Irving Couse, Victor Higgins, and Walter Ufer among them — the newcomers were also attracted to the landscapes of New Mexico, to the quality of light, and to the distinctive cultures of the Pueblo Natives and Hispanic peoples, and sought to reflect something of these influences in their work — but largely through abstraction. This new wave of young artists would eventually become known as the Taos Moderns.

“It was definitely a postwar movement, coming out of New York and San Francisco as the main influences,” says David L. Witt, who is currently curator of the Academy for the Love of Learning’s Seton Legacy Project and was curator at the Harwood Museum of Art in Taos from 1979 to 2005. “Outside of San Francisco and New York, Taos appears to have been the third major center, at least in terms of the number of artists in one place. It’s kind of remarkable, given the remoteness at that time. By the early ’50s there was a collection of several dozen artists working in modernism.”

The Taos Moderns in Santa Fe, a salon-style exhibition on view at the Historic Santa Fe Foundation’s El Zaguán property through Jan. 7, presents about two dozen works by these artists, including paintings by Beatrice Mandelman, Oli Sihvonen, John De Puy, Earl Stroh, Louise Ganthiers, and Louis Ribak. The show was co-organized by the Historic Santa Fe Foundation and 203 Fine Art in Taos. Although The Taos Moderns in Santa Fe is not comprehensive, with only one work on view by the majority of the artists, it is representational and provides a glimpse into the diverse range of their artistic sensibilities.

For instance, Sihvonen, like his mentor Josef Albers, was a Color Field painter, and he worked with arrangements of basic shapes and colors. His work is characterized by hard edges and flat but vibrant hues. His explorations of relationships of color and form were a primary concern.

Mandelman’s work, by contrast, was more introspective, closer to the work of the Abstract Expressionists. It was more spontaneous in its execution than Sihvonen’s work and rendered with less precision. There was an emotional context, a feeling tone. But Mandelman, like her husband, Ribak, often painted with an almost minimalist sensibility, using reductive, geometric forms.

Ribak’s work was often gestural, and he could reduce the elements of a composition to the most economic of shapes and still convey a feeling of landscape. But his approach to landscape painting was rarely literal. Many of his compositions made use of large areas of negative, or white, space and read as abstract.

Other artists associated with the Taos Moderns, such as Andrew Dasburg, were more explicit in their representations of landscapes. But, again, it was given over to abstraction. Dasburg was a fervent adherent to the aesthetics of Cubism — such as multiple perspectives and fragmentation — and its influence is readily seen throughout his oeuvre.

Taos Modernism was never a movement like the earlier Transcendental Painting Group. In fact, outside of a 1956 exhibition curated by artist and educator Raymond Jonson at the University of New Mexico Art Gallery, the term “Taos Moderns” wasn’t widely used to refer to them collectively. “The phrase more or less disappeared until I started floating it to the various artists,” says Witt, who is the author of several books on the artists, including Taos Moderns: Art of the New (1992) and Modernists in Taos: From Dasburg to Martin (2002). “But they did not refer to themselves by that name. Not everybody even accepted it. Most of them did, eventually.”

Several of the artists first came to the region thanks to the G.I. Bill, which helped World War II veterans return to civilian life and offered them benefits such as covering tuition costs for college and vocational schools. Among them were Ted Egri, whose work is also included in the exhibition, and Sihvonen, who came specifically to attend Ribak’s Taos Valley Art School, after studying with Albers at Black Mountain College in North Carolina. Ribak, also a veteran, founded the Taos Valley Art School in 1947.

Witt credits the experience of war with having a major influence on the trend toward abstraction, not just among the Taos Moderns, but among artists more generally. “What they had seen left them not in a particularly romantic mood. After what they’d just been through, in a world that was disintegrating into fragments, abstraction just made way more sense.”

Another intriguing idea on how abstraction became an ascendant artistic norm is because of advances in technology. Witt points particularly to air travel, which was not a common means of travel for most people until after the war. The world looks very different from the lower reaches of the stratosphere: a tapestry of patterns and colors. “None of these guys had ever been in an airplane before the war,” he says. “As they were flying over the landscape and looking down, they were seeing it in a way that the Taos Society artists never saw it.”

The Taos Moderns wanted to create something that hadn’t been done before. Abstraction, particularly Abstract Expressionism, says Witt, was the art of the new. It was also, largely, the thread tying them all together. Beyond that, there was no one specific artist who acted as a driving force. They exhibited together often but were a loose-knit group. They just happened to be living in the same place at the same time. Perhaps, in part, because they were far removed from the pressures of the coastal art scenes, they could do what they wanted, which included shattering the traditions of the past.

“What I liked about them was their true authenticity in being artists,” Witt says. “There wasn’t anything about them that was phony. That’s why I admired them so much. Their dedication — all of them — was absolute. They really lived for their art, and it’s hard not to be impressed by a group like that.” ◀

The Taos Moderns in Santa Fe