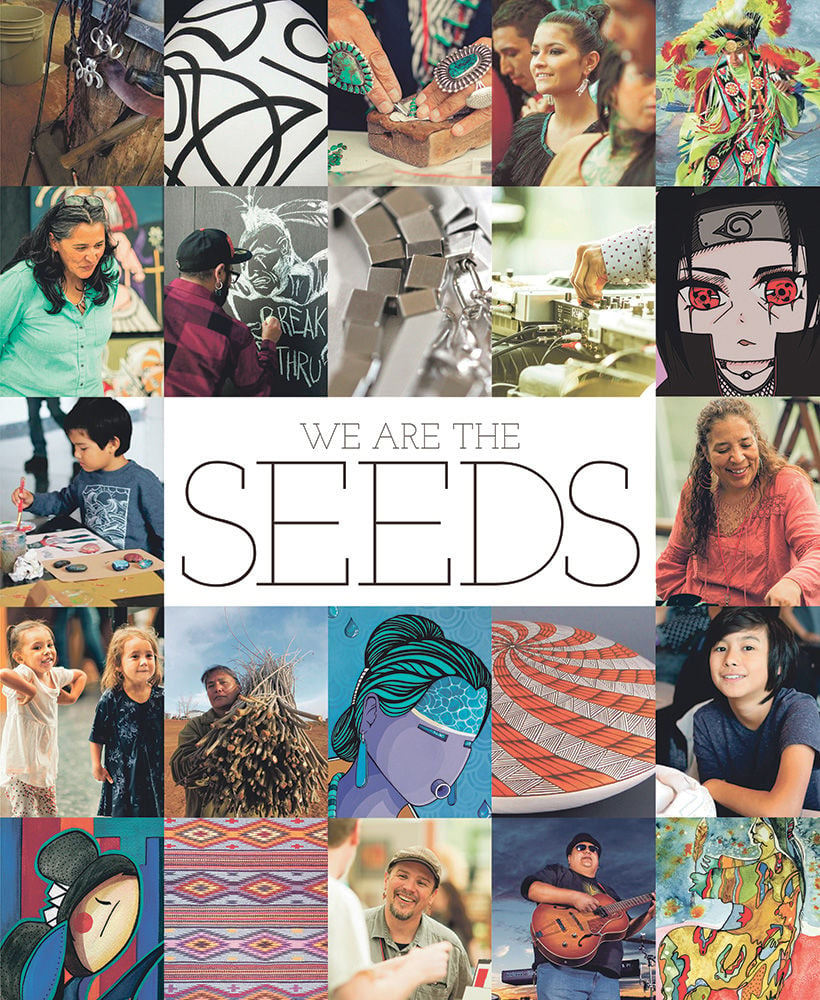 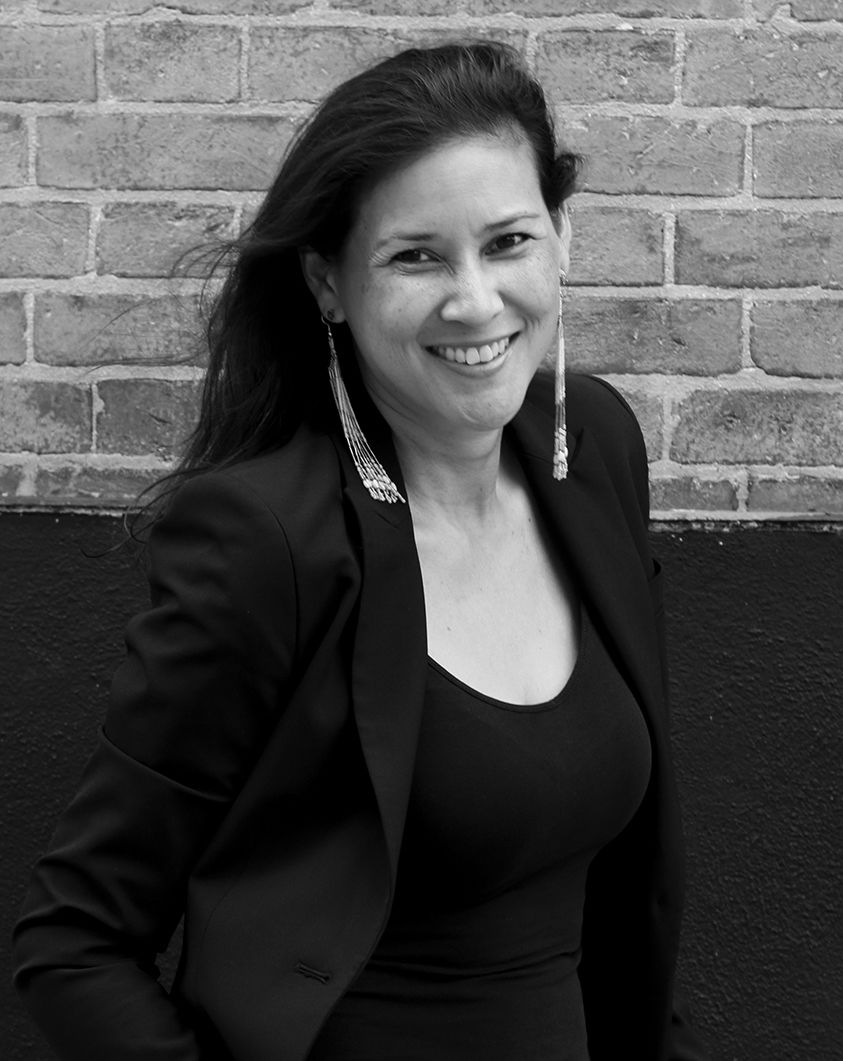 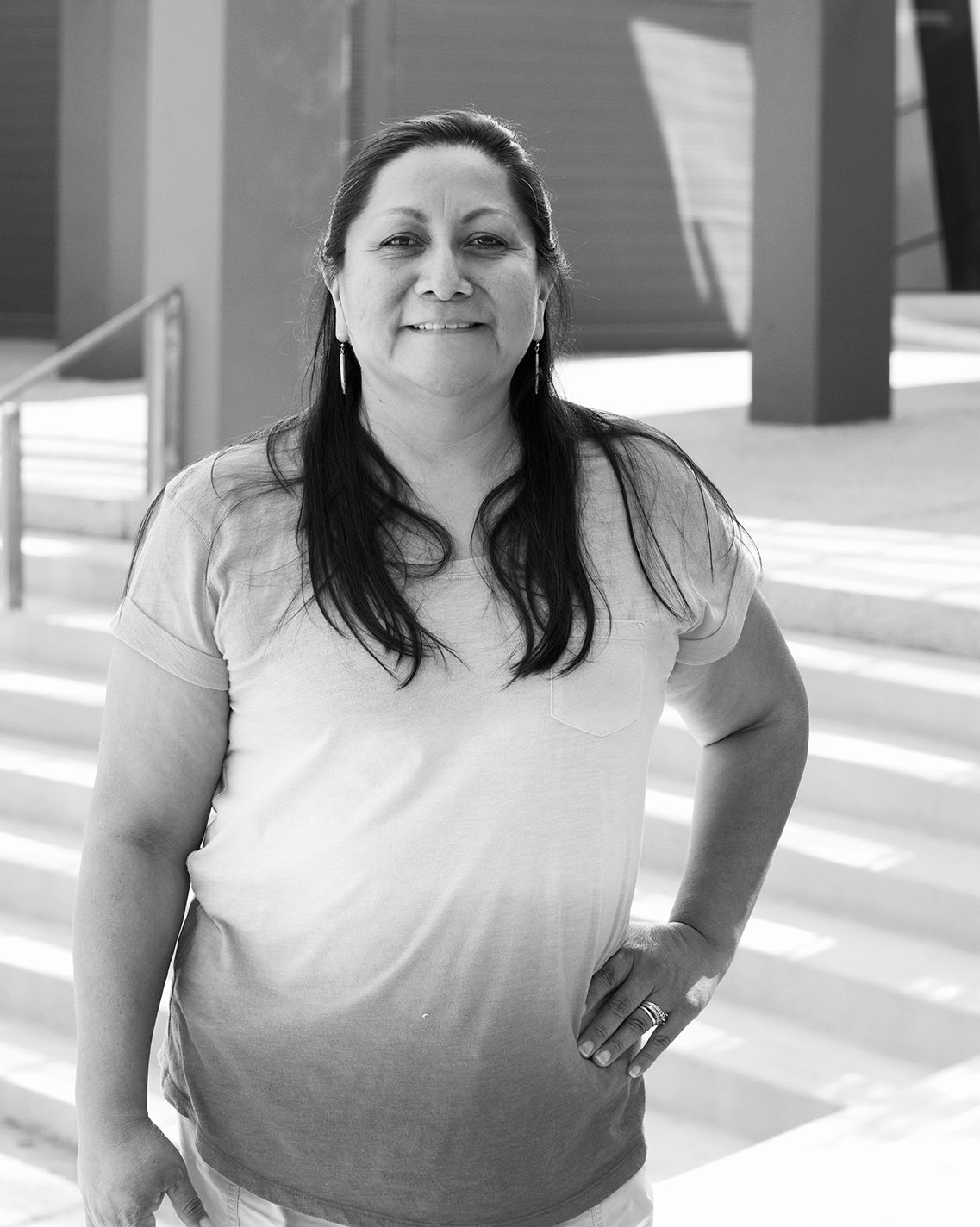 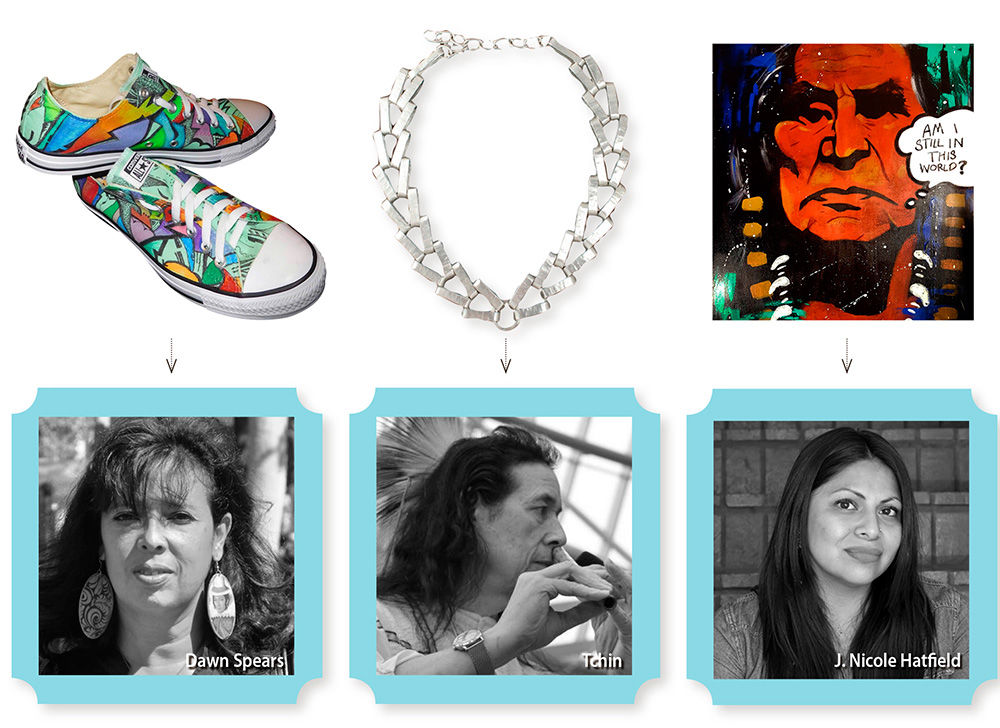 Indigenous artists from across North America convene in Santa Fe’s Railyard Park for We Are the Seeds: Art + Culture + Fun, which runs Thursday through Saturday, Aug. 17 to 19. This is We Are the Seeds’ inaugural year, and anticipation for the new market and family-friendly festival is high. Tchin, a silversmith of Narragansett and Blackfoot heritage, is traveling to New Mexico from New Jersey for the event. He may well make the last leg of the journey by city bus. “Last time I was in Santa Fe I heard people saying that Railyard Park was hard to get to,” he said. “But I was looking it up online. The #2 Cerrillos route stops right at the park — at Paseo de Peralta and Guadalupe streets.”

Tchin’s daughter Tailinh Agoyo is co-director of We Are the Seeds, alongside Paula Mirabal (Taos Pueblo). Together they have coordinated an art sale for about 100 artists from the United States and Canada as well as assorted demonstrations, workshops, and entertainment. Agoyo and Mirabal have impressive experience producing Native art shows. Both worked for SWAIA Santa Fe Indian Market before leaving to work on the Indigenous Fine Art Market (IFAM), which was held in Railyard Park from 2014 through 2016. They left that organization prior to the 2016 festival in Santa Fe, running an East Coast version of IFAM at the Mashantucket Pequot Museum & Research Center in Connecticut in May 2016. (IFAM hosts an indoor showcase at the Inn and Spa at Loretto on Saturday and Sunday, Aug. 18 and 19.) Agoyo and Mirabal put Seeds together at the request of the Railyard Corporation, which wanted to continue hosting a market for indigenous artists and had confidence in the pair’s ability to conceive a new show in less than one calendar year.

“I’m an artist; my father is an artist; I grew up in the art world. It was a lot to take on, and when they called last August, Paula and I really had to think it over. But this is who I am,” Agoyo said. “Nine or ten months later, it’s all come together. Doing the show itself wasn’t a challenge. The challenge was to create a viable organization that is sustainable and makes sense for us.” They have established a non-profit to support the festival, We Are the Seeds of CultureTrust. The festival is supported by CultureTrust Greater Philadelphia, a charitable trust supporting diverse cultural practices in the Philadelphia region, where Agoyo now lives. Agoyo and Mirabal’s vision for the art show emphasizes the role of elders and women in art-making traditions and is welcoming of contemporary art, street styles, and forms of creative expression that collectors might not find at other Indian art markets.

“We’re Native women and we have a different perspective. We wanted to create a show that was intimate, that was manageable and warm and inviting. People will have the time and space to interact with the artists, really learn about who they are and where they’re from, what their story is. We want Seeds to grow organically. We’re starting off slow so we can nurture it into what it’s supposed to be,” Agoyo said.

We Are the Seeds begins on Wednesday, Aug. 16, with a sunset party in the park with DJ Brian Frejo. Musical acts appear on the Seeds stage throughout the festival; performers include Jennifer Elizabeth Kreisberg, who sang at the Women’s March in Washington, D.C., in January. With her son, Wakinyan Redshirt, Kreisberg leads a youth music workshop on Saturday, Aug. 19. Three bronze sculptures by famed Chiricahua Apache artist Allan Houser — Anasazi, Embrace, and Corngrinder — will be unveiled on Thursday, Aug. 17. The works, along with the sculptural installation Element, by Tony Lee, Allan Houser’s assistant sculptor, are on display as part of the Railyard Art Project until February 2018.

“I am always looking for ways to wear our art, different ways for us to show our expression,” Spears said. She insisted that even children who do not consider themselves creative should come draw on shoes with her. She lives in Rhode Island and heads the Northeast Indigenous Arts Alliance. She worked with Agoyo and Mirabal on IFAM East and is producing the 2018 Indian Market for the Abbe Museum in Bar Harbor, Maine. She grew up in an artistic household and learned to draw at an early age. “I always had a sketchbook,” she said. Her mother kept her stocked with art supplies, even after she got married and moved away.

Though her custom shoes are growing in popularity, Spears is probably best known for her corn-husk dolls. She got into making dolls when she was about twenty years old. “My mother was a potter but she did whatever kind of art she felt like at any given moment, so you never knew what was going to be her next thing. She told me to focus on one thing and not dabble like she did, so I started making dolls and that’s one thing that I’ve continued right along. I love making them. Sometimes it will take me a year to make a doll and then it’s really hard for me to part with it because it becomes a part of me. I made a doll for a friend’s daughter and that doll came with me when I was working. I took it all over — I think I even took it to Peru. When I finally gave it to the person it was intended for, I told her that this doll has traveled.”

Seeds marks the first occasion when Spears will be in Santa Fe with her sister. She is excited to be a part of the Honor Women program with Hill and excited about the Seeds festival in general, because it gives her the opportunity to show in Santa Fe, where indigenous art is often defined by what collectors see at SWAIA Indian Market. “I don’t feel like I could ever get into SWAIA because I’m not doing anything that fits under that umbrella,” she said. “Seeds gives someone like me an opportunity. The difference with Seeds is that this is Native artists and Native people producing the event instead of collectors, so it’s a whole different framework.”

Seeds also highlights the importance and contributions of legacy artists — elders who have been participating in Indian art markets for decades and who have depended on these sales to support their families. “They are our foundation,” Mirabal said. “The things they made that they considered utilitarian are part of the art world now, and they’ve been going to Market since the trains first came to New Mexico. This is our way of honoring the older artists who have been part of the art world for all these many years.”

Legacy artists include Tchin and Sally Black as well as Tesuque Pueblo potter, writer, and artist Bea Duran; sister potters Carmel Lewis Haskaya and Dolores Lewis Garcia from Acoma Pueblo; and Acoma Pueblo potter Sharon Lewis, as well as her son Eric Lewis and granddaughter Tehya Davis. “It is Native American tradition to take care of our elders who took care of us in our youth,” said Tchin, who is seventy-one. “Even if we’ve moved on in terms of design or in terms of our cultural ideas, we still need to respect and honor the people who came before us. Just because we’re old doesn’t mean we don’t have more to contribute and more to think about. As artists, we want to show our work and make a living — it doesn’t matter if it’s SWAIA or Seeds or the Houston art show. These art shows might be different in their philosophies, but they are all platforms for us to get together and show and sell our work.”

Tchin’s jewelry designs are based on traditional stories, “what people call legends and myths,” he said. “I call them lessons because they teach us so much. I base my work on that kind of stuff, and when I show you a piece of my jewelry, I explain it to you. I tell you the reason why I made it, what it represents.” He worries that younger artists do not always understand the importance of symbolism and the ideas of the past. “It might be beautiful, but what does it mean? The elders understand the past; we understand what people have told us.”

At thirty-four, J. Nicole Hatfield is the youngest artist included in the Honor Women program. The self-taught painter from Apache, Oklahoma, has previously showed her work at IFAM. “When I found out about Seeds — that it was women forming that — I thought that was even better,” she said. “I’m so excited to meet new people and see all the artists. I’d rather go look at their work all day than be at my booth.”

Hatfield started painting when she was fifteen. “I struggled with depression and suicide, and so that was my way of getting all of those emotions out and being able to heal myself. Painting is therapeutic.” She works full-time to support her family and she commits equal time to her artwork, so if she is at home, she is most likely in her studio. Hatfield’s large, bold work is inspired by the faces of tribal women from the past. Though she has dabbled in printmaking and other mediums, she finds it hard to tear herself away from painting long enough to devote time to other pursuits. The only additional discipline she pines for is silversmithing, inspired by her memories of her grandmother’s large collection of silver and turquoise jewelry. The women in her family tended toward textiles and beadwork, and though she is the only one who became part of the fine-art world, she said, her uncles and cousins are all creative and talented as well. Because painting helped her so much when she was a teenager, Hatfield tries to inspire younger artists by showing them a modern aesthetic through demonstrations and workshops.

“I want to keep art traditions alive,” she said. “I am attracted to graffiti and street styles, and those are the styles kids are attracted to. Sometimes I try to incorporate words in the Comanche and Kiowa languages into my pieces. I originally did that so that I could learn and remember a word, but it went from there to wanting to encourage the youth to learn a language.”

We're Native women and we have a different perspective. We wanted to create a show that was intimate, that was manageable and warm and inviting. — Tailinh Agoyo

We Are the Seeds: Art + Culture + Fun

Supplies are limited; workshops may end early if they run out.

Her Empowerment — Our Legacy

Collections by Loren Aragon and Jolonzo Goldtooth, as well as one-of-a-kind dresses created by Aragon and Goldtooth, and embellished by Seeds artists.

Rise to Our Voices:

An interactive workshop for indigenous women to utilize spoken word as a tool for self-expression and empowerment. Participants are invited to perform work created in the workshop on the Seeds stage or otherwise display their words at the festival.