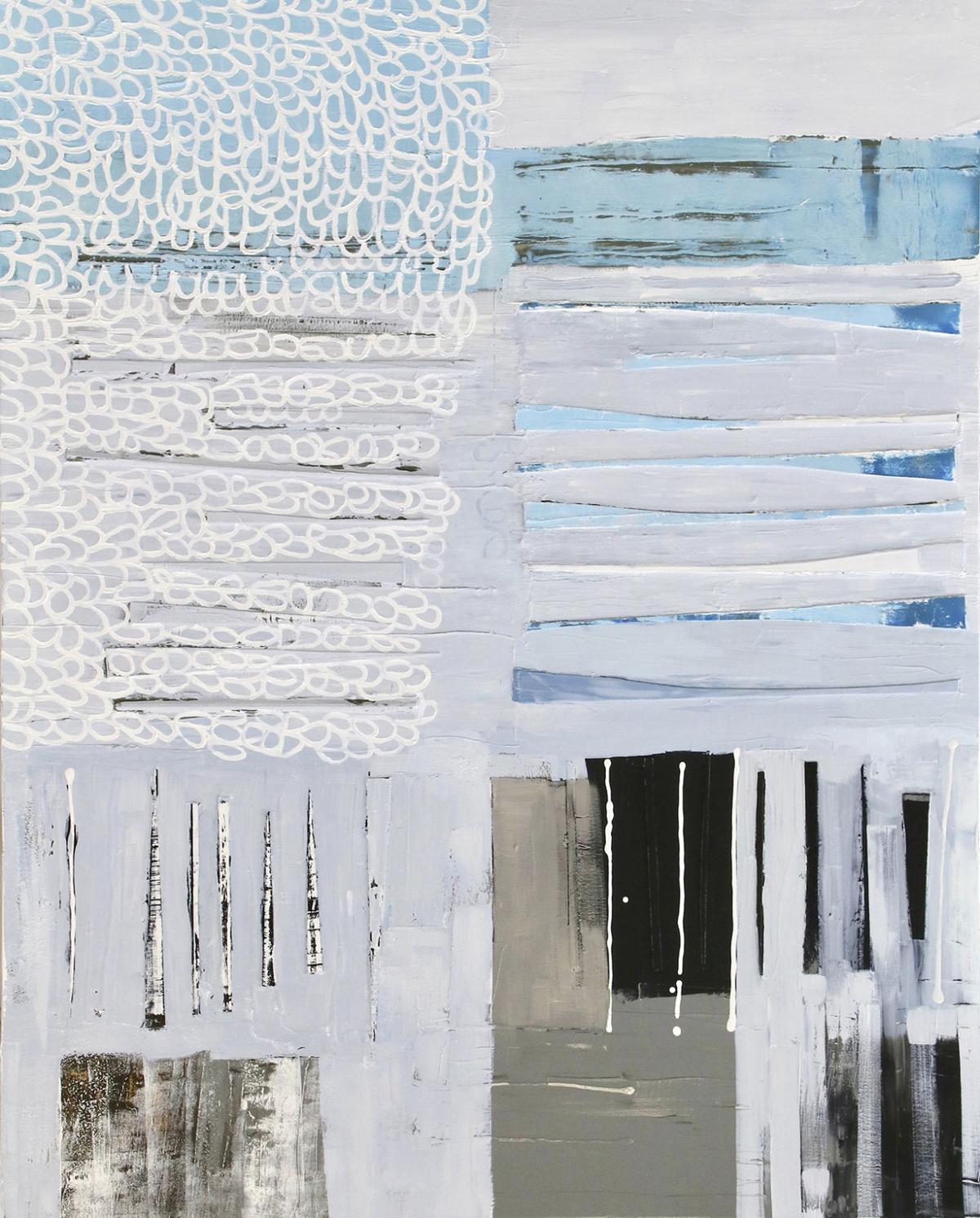 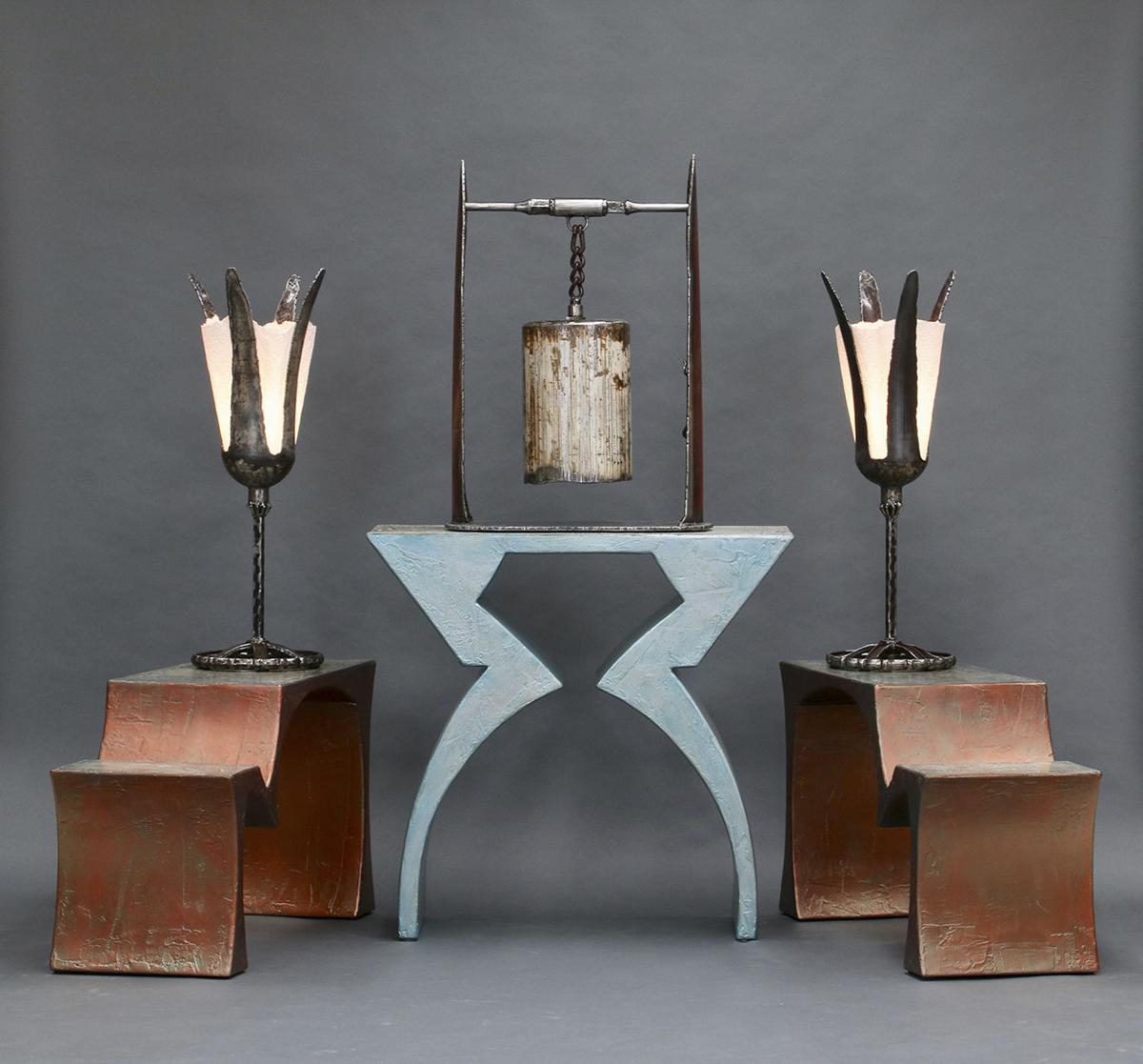 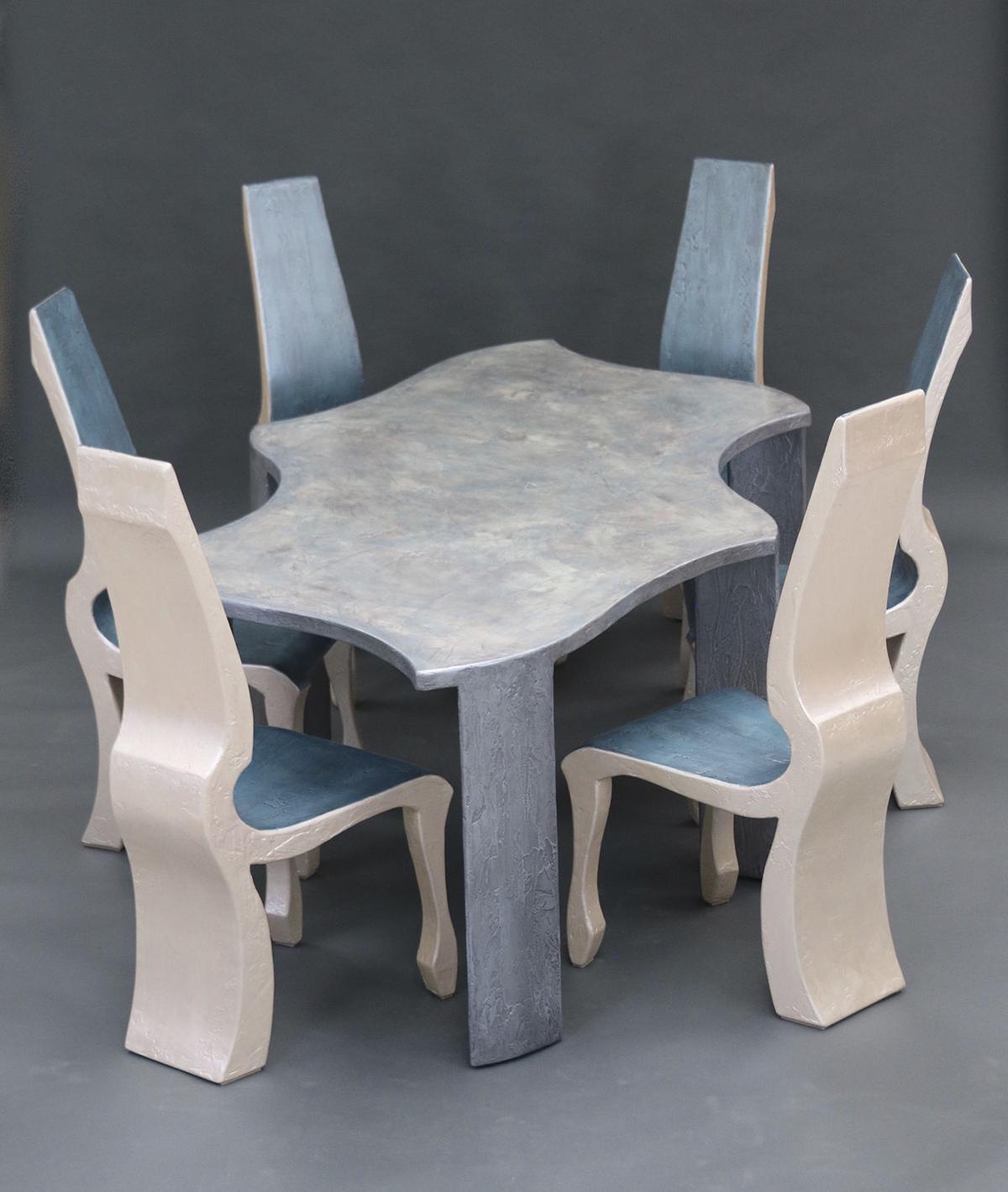 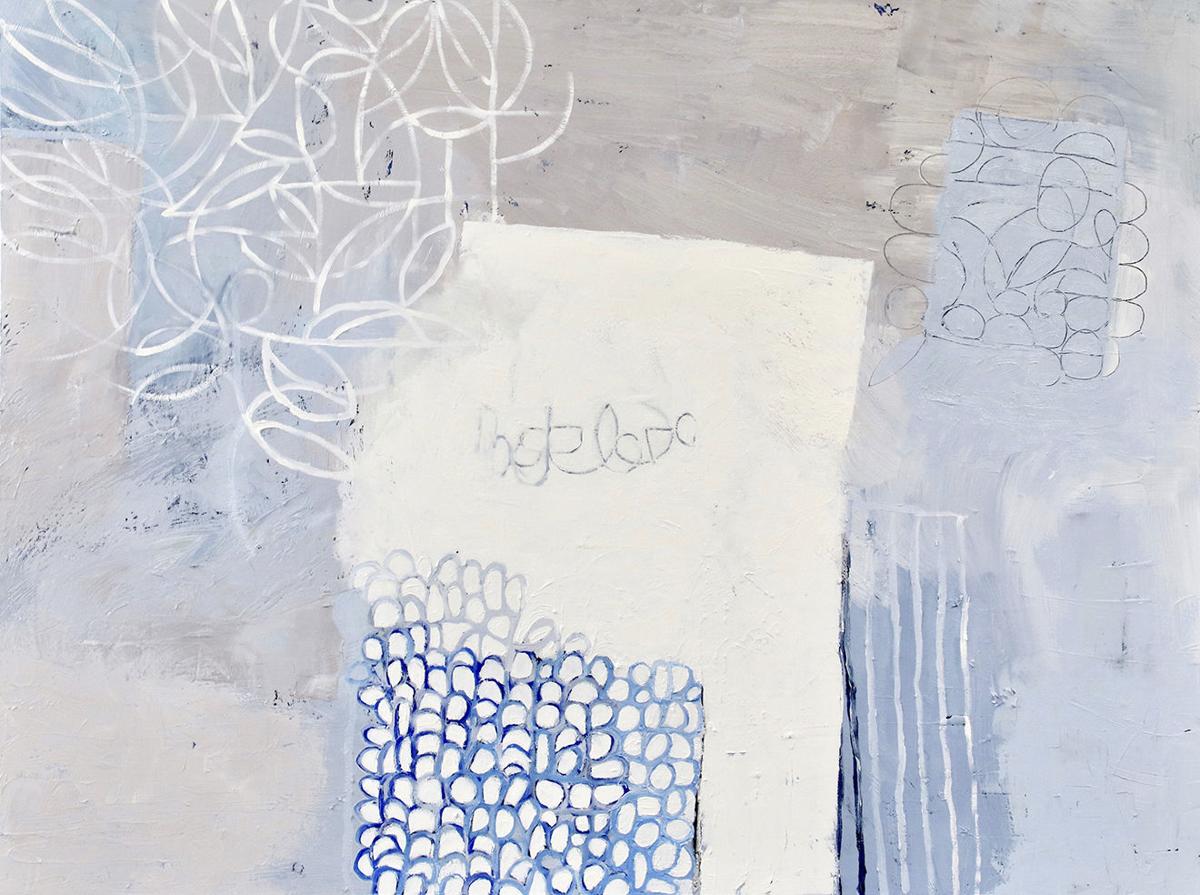 More than 30 years would pass between the time artist Blair Vaughn-Gruler first lived in New Mexico and when she opened up a gallery here with her husband, furniture designer and artist Ernst Gruler. Back in the 1970s, the struggling young artist from Michigan’s Upper Peninsula eked out a living painting pictures of people’s homes. She wasn’t working on commission. Instead, she’d find an interesting house and park her car in front of it, sit on the hood, and paint. “Then I’d go up and ring their doorbell, and they’d usually buy it,” she told Pasatiempo. “It was a pretty good little gig.”

Now Vaughn-Gruler and her husband are celebrating the 10-year anniversary of their gallery on Delgado Street, GVG Contemporary, where they show not only their own work, but represent five other painters, two sculptors, and five jewelry artists.

The gallery business is a collaboration between the two artists, but the two-person anniversary show, which opens on Friday, Aug. 2, is another matter. As artists, they work separately, each in their own studio, using different mediums. But they have something of a shared aesthetic that tends toward abstraction. So, instead of collaboration, they’re calling the show co.elaboration.

“We consult with each other. We critique each other. But then we go back to our own studios,” Vaughn-Gruler said. “There’s a lot of overlap, and there has been from the very beginning. We’re almost 30 years together now, so we influence each other all the time. But we’re also super independent.”

The gallery is showing new and recent work by the artists, including examples of Gruler’s ergonomic furniture, lamps, and sound sculptures, and Vaughn-Gruler’s nonobjective abstract paintings.

Vaughn-Gruler first met the furniture maker 29 years ago, in Marquette, Michigan, where he was working as a gallery curator. He was finishing up his graduate degree in furniture design at Northern Michigan University. At the time, Gruler was looking for artists to include in an upcoming exhibit. “I was a painter and I’d shown around the country,” Vaughn-Gruler said. “I walked into that little gallery and he said, ‘Hey, baby, do you want to be in my art show?’ ”

“I didn’t quite say it like that,” Gruler countered. “We got to talking and I realized she was a painter — and cute, as well — and on you go.”

They spent 14 years in Michigan running a clothing and jewelry boutique, which they sold in order to leave the bracing upper Midwest climate behind for warmer areas, settling in Sedona, Arizona. In Sedona, they opened a second shop to support themselves while trying to make a name for themselves as artists. Two years in, they sold the business to finance a move to New Mexico. “Sedona is lovely, but it’s really small, and it’s not really an art town,” Vaughn-Gruler said.

They made the move in 2008. Then the recession hit.

Gruler’s furniture, such as his Ayer Table with 6 Fame Chairs, is as much sculptural as it is functional. The curvilinear tabletop has wedge-shaped recesses instead of straight edges like a traditional table. It’s an eye-catching, leaf-like design intended to maximize interaction between the parties sitting there.

“You come into the table, and it embraces the body,” he said. “It’s a totally different way of table engagement. There’s no interfering with anybody’s view of the other people around it, so you can have a whole-table conversation.”

Most of Gruler’s career as a furniture maker involved using plywood in the construction, although some more recent pieces — which he calls hybrids — combine repurposed metals, such as automobile camshafts and empty gas cylinders. The metal is often considerably worked. In some of his lamps, for instance, the tops of gas cylinders, upended, serve as frames to hold shades made of handmade Japanese paper. He cuts the cylinders using a torch and flays them open like a bud beginning to blossom.

The furniture has a contemporary aesthetic. The tables and chairs, for instance, are painted with subtle abstractions rendered in water-based metallic paints and sealed with eight to 10 coats of a polyacrylic protective finish.

There’s something in the near-Minimalist painted surfaces of his furniture and the simple yet dramatic design that’s reflected in Vaughn-Gruler’s paintings. Vaughn-Gruler is attracted to using repeated forms in a composition, but the arrangement isn’t static or precise. There are variations throughout, or an interplay between the use of hard-edged geometry and the more fluid, gestural types of mark making.

To an extent, many of Vaughn-Gruler’s paintings are a deconstruction of the elements of a written language. In fact, asemic writing, or writing with no specific semantic content, informs her work. “It’s like writing where you take out the meaning but leave the visual aspects,” she said. Her oil on canvas Rules are to Break, for instance, is teeming with sweeping, curvilinear forms reminiscent of the elements of cursive writing. The lines and shapes of the nearly 5-by-7-foot composition draw the eye from one area to the next, offering no single focal point on which the eye can rest.

Vaughn-Gruler is a process-oriented artist. She’s interested in the physical relationship between herself and a given composition during the act of painting, she said. Her current work relates to the idea of information overload and how the mind organizes and interprets sensory input — in other words, how it imposes order on randomness. Patterns are an inherent part of much of her work, but so is the unpredictability of the medium of paint. The exchange between them creates tension.

The biggest challenge for the artists has been maintaining their studio practice while also trying to run a gallery business. Recently, they hired a gallery manager and, with two additional employees, this has enabled them to devote more time to their own creative endeavors. “We got to a certain point where we were switching hats between the business side and the creative all the time,” Vaughn-Gruler said. “We’re going to carry forth as we have been, but we always have an eye out for how we can be in the studio more.” ◀