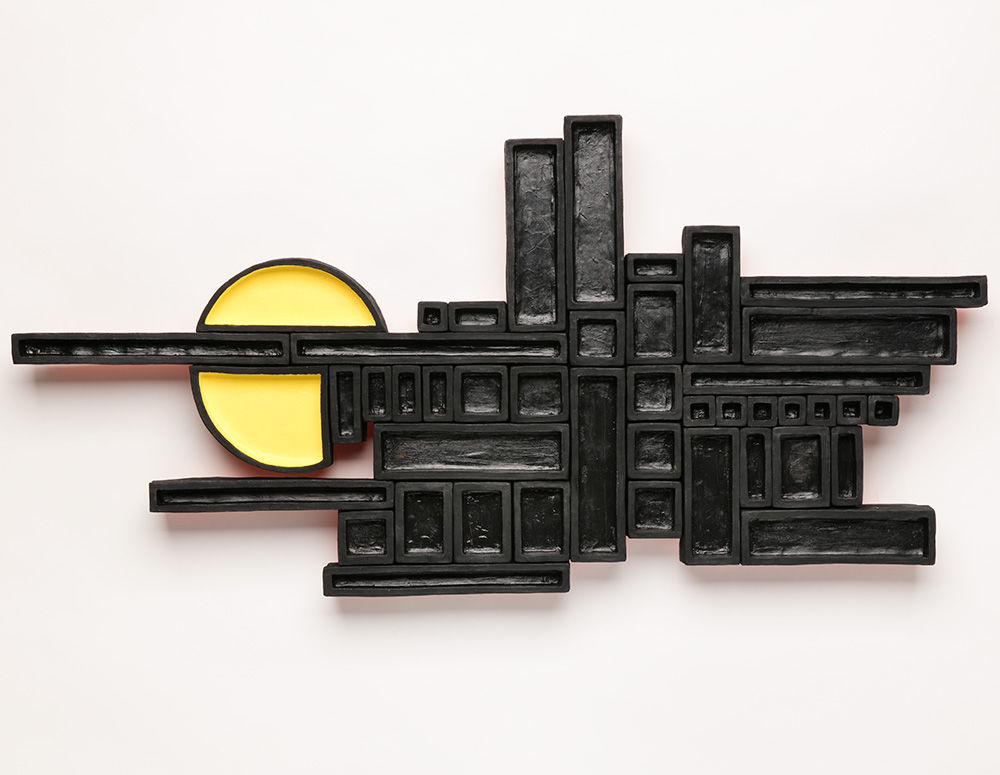 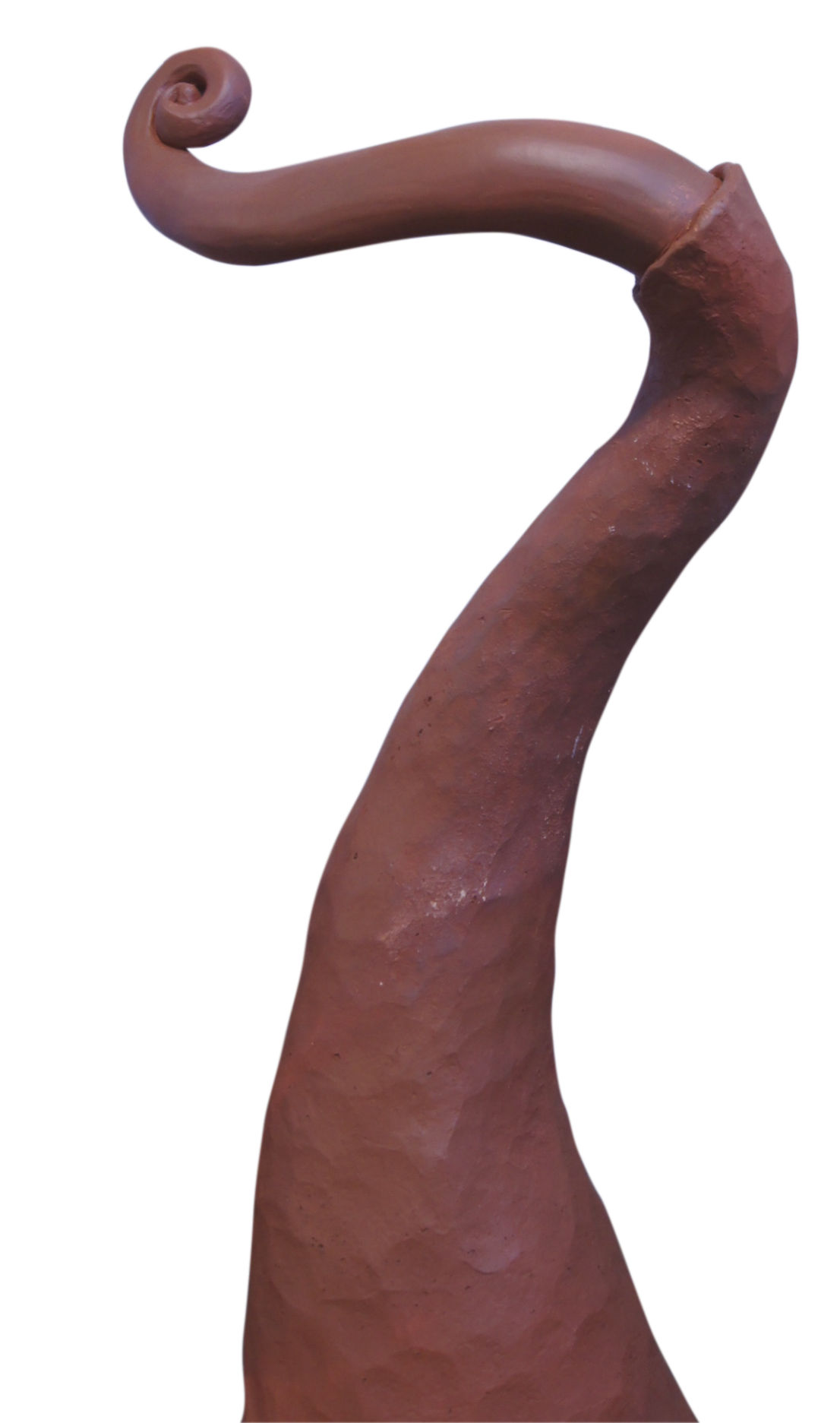 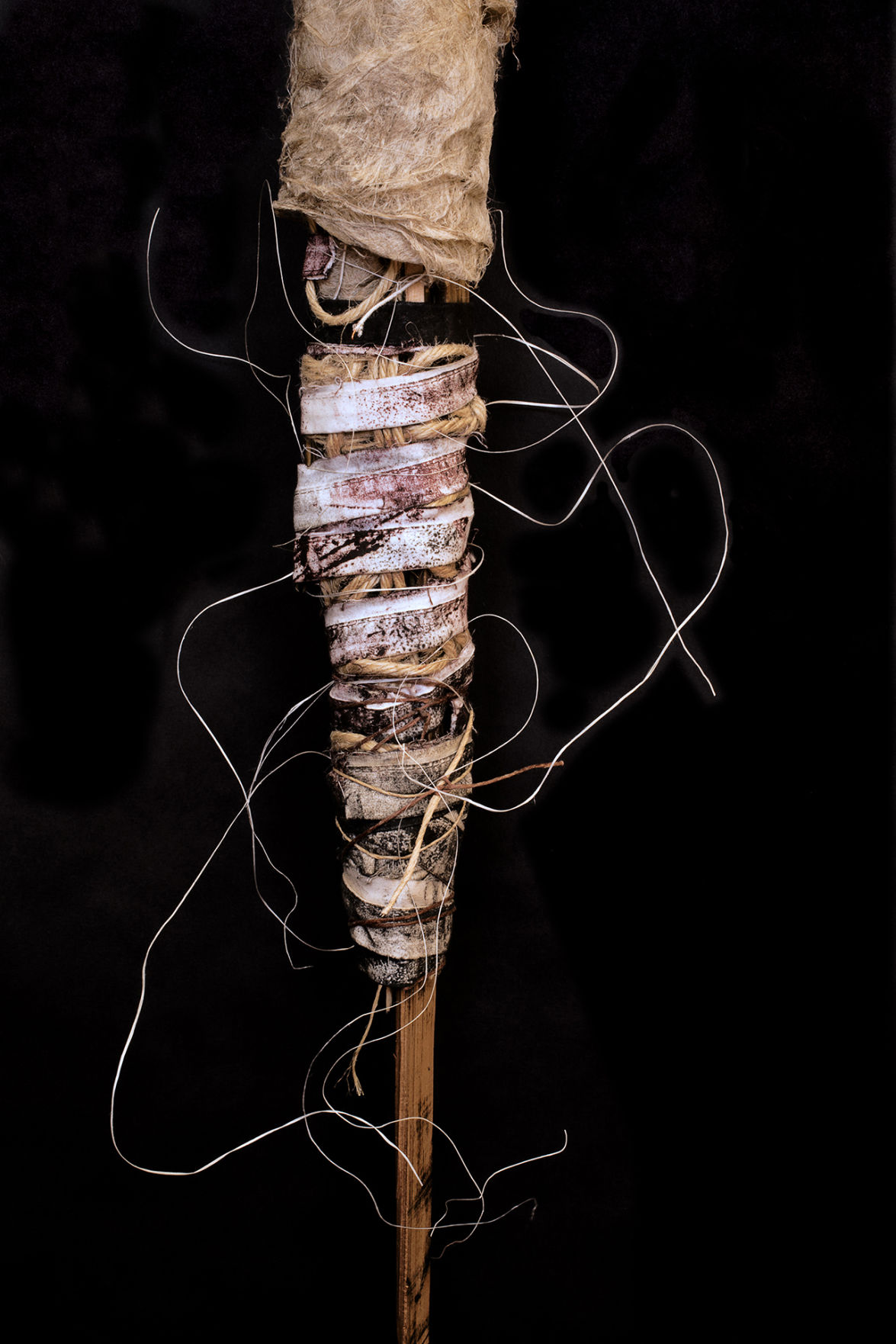 Albuquerque and Santa Fe are only an hour apart,” said independent curator Aimee Gwynne Franklyn, “but they don’t seem very connected, at least not from a creative perspective. Why is that? I’d like to create more of a bridge between the two cities.” Questions of distance and relationship come naturally to Gwynne Franklyn. The Kinesphere of You and Me — the fourth exhibition she’s organized at Santa Fe’s Freeform Art Space — is inspired by the concept of kinesthesis. The title refers to our individual human “spheres,” or spaces within which we maintain our emotional and physical selves, sometimes to isolating and detrimental effect.

The exhibition brings together four artists, two from Albuquerque and two from Santa Fe, each of whom work in nontraditional media. Gwynne Franklyn, a 15-year resident of Santa Fe by way of New York City, is passionate about curating conscientious shows. “Sometimes we’re in our own echo chambers, our own bubbles, and it’s important to expand them,” she explained. “In one way or another, all of the artists in this show are attempting to reach out and communicate with each other through their work.”

Gallery owner Walter Thömmes opened Freeform with his partner and wife Rita Bard (whose work is also included in Kinesphere) just off Second Street several years ago, but it’s only been in its current spot, in a strip mall off Cerrillos Road, for six months, in a space that feels larger than the 850 square feet it occupies. Immediately upon entry, visitors to the show are greeted — or rather, confronted — by the wall sculpture of Albuquerque’s Alexis Kaminsky. Kiln-fired clay geometric configurations, each containing dozens of jammed-together, mostly black-painted shapes, have an almost emotive, defiant physicality; they readily recall the broody wooden assemblages of sculptor Louise Nevelson. “At this point,” Kaminsky said, “my work is very internally driven. I’m an academic by training and tend toward being highly cerebral. Art-making has been a welcome and necessary counterbalance to living in my head.” A faint but hypnotic neon glow emanates from most of the pieces, a subtle corona of colored light that comes from Kaminsky’s practice of painting the backs of her work with bright color. Once mounted, they cast a buzzy wash of color onto the crisp white walls behind them.

Marina Brownlow’s textured assemblages can be hard to parse. Ethereal masses of finely spun wool dangle from the gallery’s ceiling, like ghostly cocoons; elsewhere, a heavy-looking wax-and-fiber sculpture is unnervingly fleshlike. Of her work, which she said will be part of a larger exhibition at the Center for Contemporary Arts next spring, Brownlow remarked, “It’s open to interpretation. Some of it’s so new that it’s often difficult to talk about; it’s ahead of me, so to speak.” Hanging on a wall in the gallery’s largest room is Gwamm, a stretch of fishing net that looks well-worn and discolored by the sea. In its center is a gently bundled bit of wool that is tenderly cradled, rather than caught or tangled in, the net.

Jane Gordon’s fabric installation Cost of Cotton occupies practically the entirety of a gallery room. Draped across multiple walls, it’s covered with ceramic flowers in varying states of decay and bloom. The piece is a commentary on what we put on our bodies, and how clothing can come at a high price from both an environmental and human perspective. “To me,” Gywnne Franklyn said, “this piece refers to the dichotomy of consciousness — or lack thereof.”

The show’s most bizarre, and arguably most fun, contribution is American Is Beautiful, Rita Bard’s garishly colored and life-sized cow sculpture, which is erratically adorned with plastic toys, a teetering stack of chairs, and segments of cloth. Bard started the piece last year, but Gwynne Franklin encouraged her to finish it in time for the show. “I needed an antidote to my own feelings of helplessness and sadness concerning the current situation in our country,” Bard said. The cow is an “underdog figure,” according to her, which represents “things I like about Americans and America: resourcefulness, a spirit of fun, the ability to laugh at oneself, and last but not least, a strong sense of fairness that I think is being undermined at every turn.”

All of the previous exhibitions Aimee Gwynne Franklyn has organized at Freeform have showcased female artists. “I like giving a platform to women artists,” she said. “Maybe the fact that the artists in this show are women effects how their work communicates with each other, and really, that’s the essential component of the show.” ◀

▼ The Kinesphere of You and Me: Marina Brownlow, Jane Gordon, Alexis Kaminsky, and Rita Bard; through Dec. 9