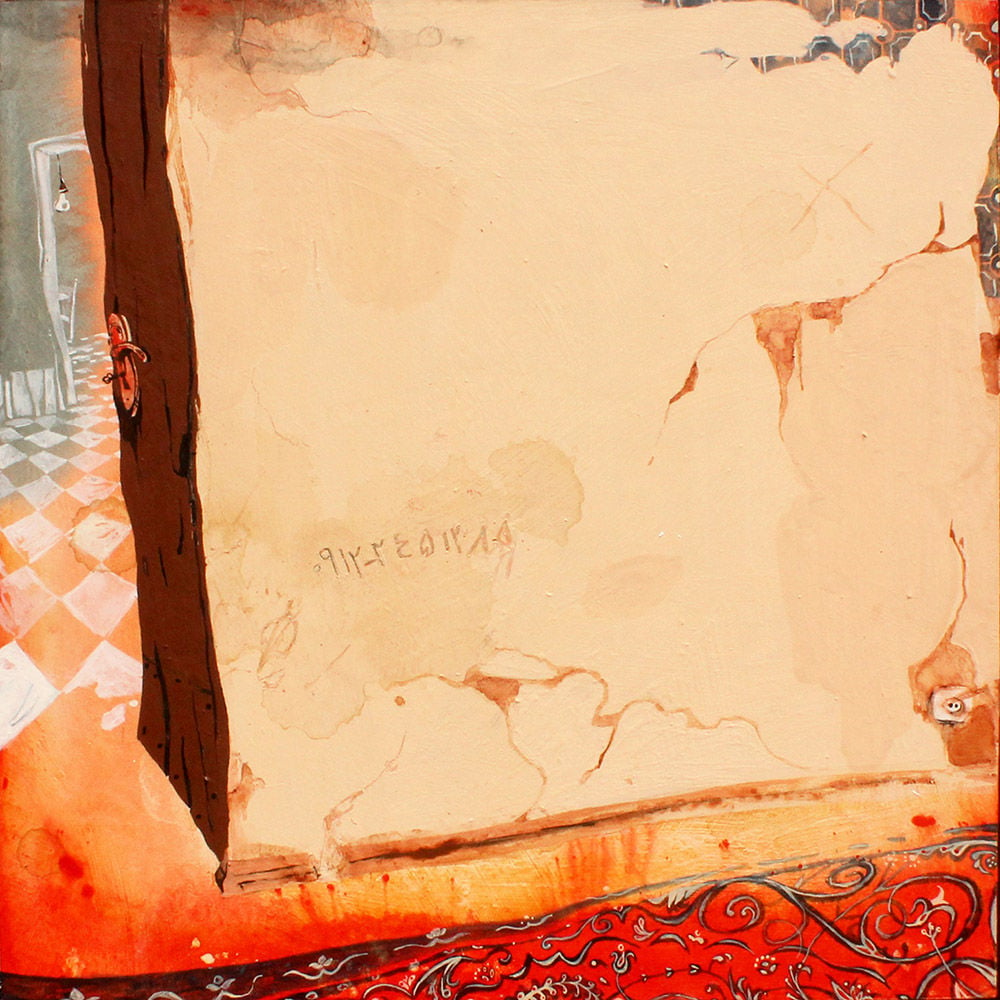 Azade Nia: The Light Behind, 2016, acrylic on panel 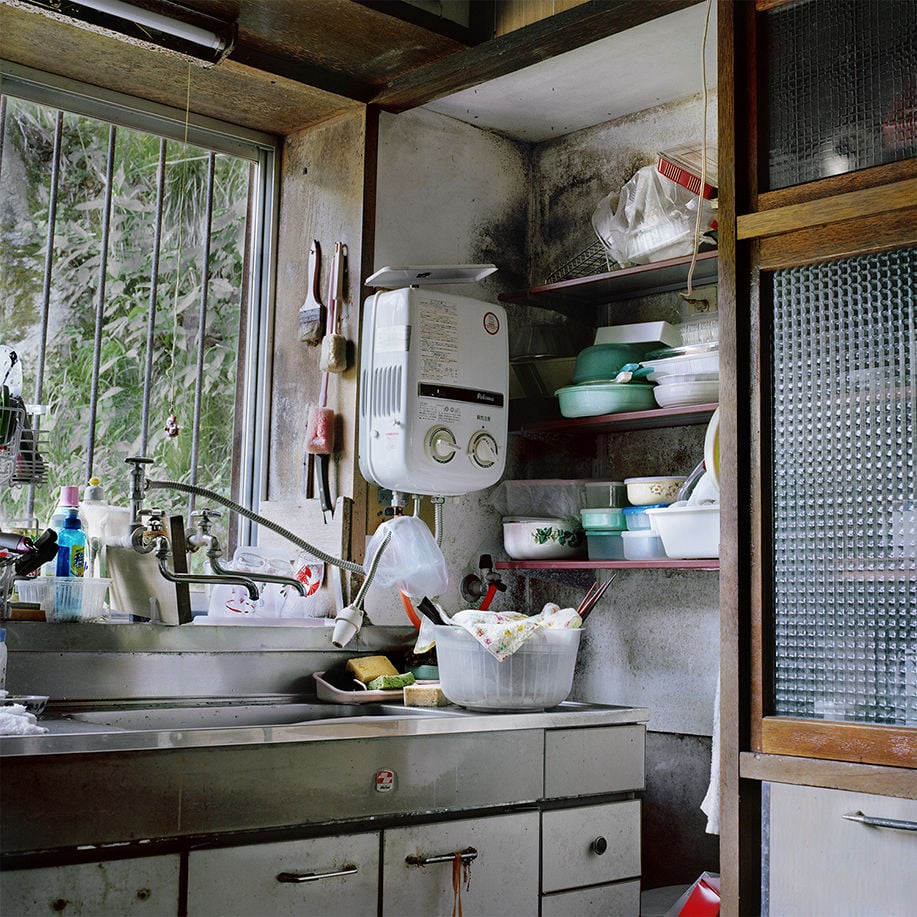 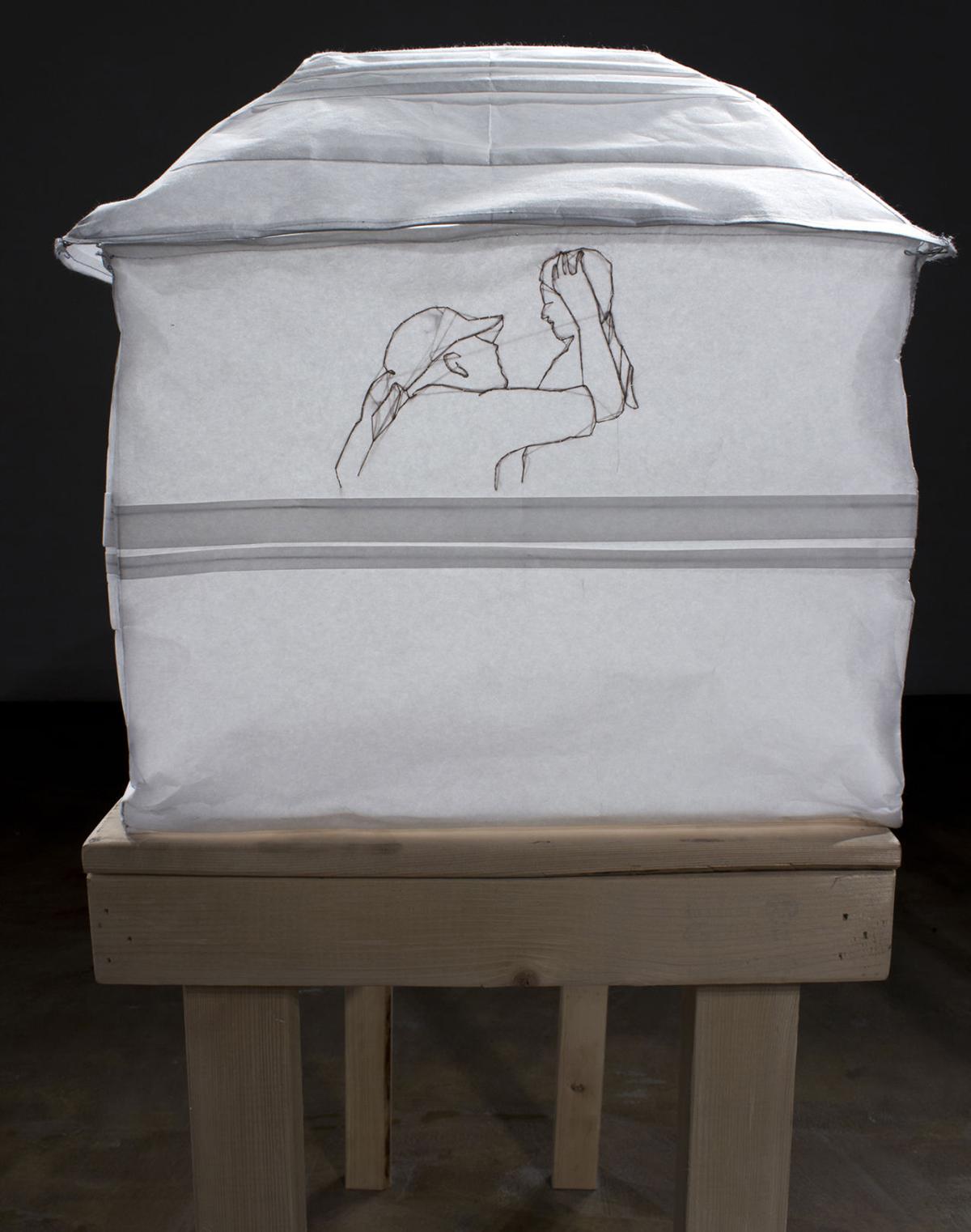 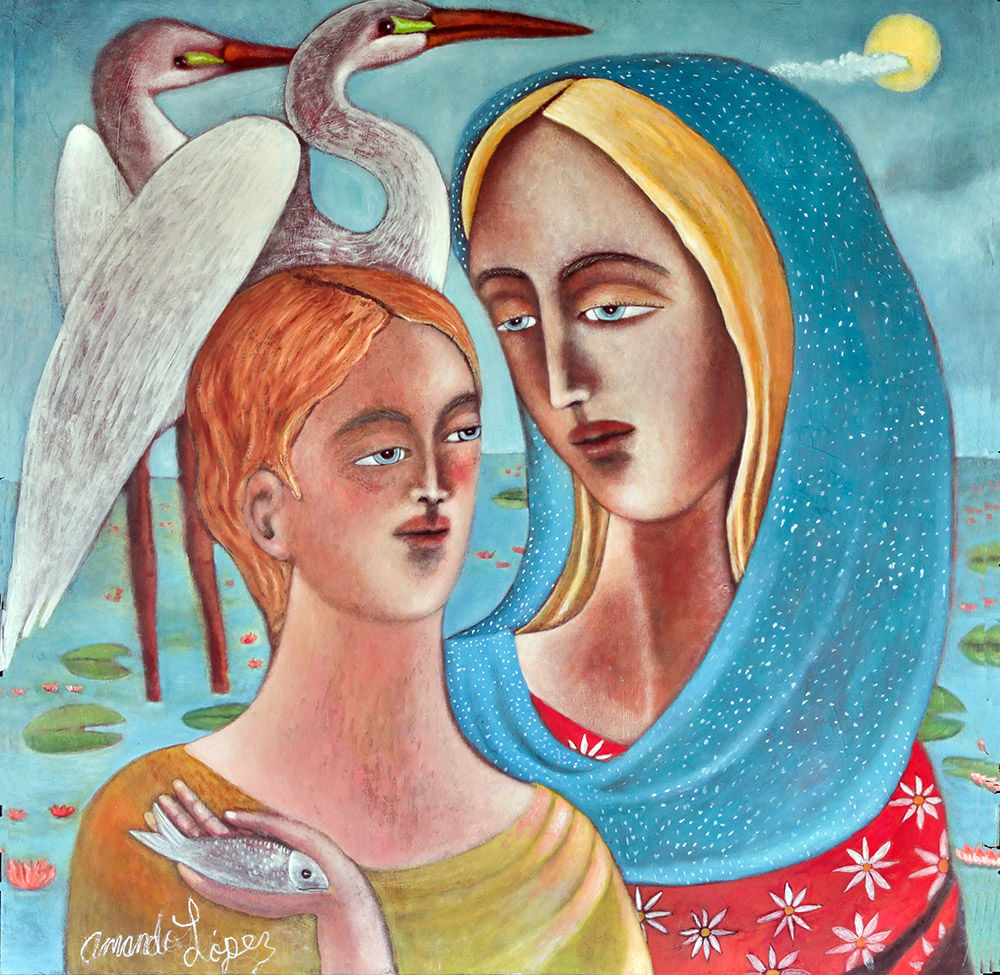 Azade Nia: The Light Behind, 2016, acrylic on panel

Memories inspire the work of Israeli-born collage artist Ayellet Ben Ner, who combines family photographs, film stills, found objects, and her own drawings with paint in her abstract compositions. “I used to call them ‘suitcases’ because I take all kinds of memories and attach them to the canvas,” said Ben Ner, a former teaching assistant in Tel-Aviv whose works are on view in the exhibit Sanctuary at Mill Contemporary. “I’ve been in Santa Fe for about three years.” She came with her fiancé, now her husband, who moved here to work at Los Alamos National Laboratories. “I did some videos initially, but only in the last four years I’ve been doing abstraction.” The exhibit is a diverse selection of artwork by locals, most of whom came to the U.S. from beyond its borders, that opens on Friday, May 5.

Some of the artists in Sanctuary faced life-and-death situations in their homelands before ending up in the U.S. Those include Kemely Gomez, who was forced to flee her native Guatemala during the country’s civil war, and Issa Nyaphaga, a former political cartoonist and reporter for Cameroon’s satirical newspaper Le Messager Popoli, whose activities made him a target of the nation’s political regime. Others, such as Laura San Román, a Spanish graphic designer and art educator, arrived to pursue artistic opportunities. She came to town to attend the Santa Fe University of Art and Design in 2013. Some are recent arrivals, while others have been local presences for decades. The exhibit includes works by 15 artists from 11 countries and addresses a multitude of issues and themes including social justice, national identity, memory, and displacement.

“I grew up having one dream in my head, to leave,” writes Iran-born artist Azade Nia in a statement about her work. “Where to? It doesn’t matter. ...This, more or less, is the story of my generation in Iran — the country of Islamic values, revolution, war and martyrs.” Nia’s paintings of domestic interiors, devoid of people, are a haunting reflection on what, for many, Iran has become: a nation of abandoned homes that, in the absence of habitation, sink into decay, walls crumbling and floorboards caving in. Vestiges of their former occupation remain: a colorful carpet on the floor, a dying plant with no one around to care for it. “In my recent practice, home is a place frozen in time, a place left behind. It is a symbol for family, homeland, a life that does not exist anymore,” she writes. “Soon they will all just be a part of memory.”

Sanctuary has photographic works by Seiya Bowen, who is originally from Japan. He is showing images from Nadachi, a series made about the transformations he saw to his hometown on return trips he took over the course of many years. The project marks the socioeconomic changes to rural Japan that he witnessed. “With every visit, the town faded away slowly being replaced by a new infrastructure of bullet trains and fast-speed freeways,” he writes on his website. One image, titled simply Longing, is a somber portrait of a woman gazing out to sea while kneeling at the edge of a busy highway.

Israel Haros Lopez is the founder of New Mexico Mural Projects, a collective of immigrant and native-born artists who work with area schoolchildren on public murals. With artists Juan Lira, John Paul Granillo, and José Chavez, Lopez is collaborating with some of his students in creating a mural offsite to be installed at the gallery. The work is on the theme of immigration and includes a large-scale depiction of Mother Earth that incorporates sacred geometry, something Lopez uses in his work as an illustrator. “In some ways this piece looks at all of our nature, as people who have migrated. It’s called Build That Wall, We Come From the Stars, We Come From the Center of the Earth,” he said. Lopez was born in East Los Angeles to immigrant parents from Mexico and addresses his Mexican-American heritage in his work. “Although I do involve the immigrant population and people experiencing homelessness, the key to a lot of my projects is that everybody gets involved because we’re all a part of the community,” he said. “We’re just fundraising on our own and hitting the streets. A lot of the supplies are donated out of our own pockets. We’re trying to invest in an opportunity to be with each other and make beautiful, alternative histories on those walls.” New Mexico Mural Projects has a Go Fund Me page at www.gofundme.com/santa-fe-mural-projects.

Lopez is a 2016 recipient of Kindle Project’s highly competitive Makers Muse Award, which honors artists working in all mediums. He is also showing Border Cantos, a series of scrolls, each one approximately three feet wide by twenty feet long, inspired by historic Chicano codices but given a contemporary context. “An indigenous elder from Mexico once told me that our ancestors didn’t just want us to copy them,” he said. “They wanted us to adapt them and push them forward. So those scrolls are my own personal attempt to continue the work laid down by my indigenous ancestors.”

Other artists represented in Sanctuary include Luz Corrales, Fatima El Qion, Gen Hayashida, Phát Le, Jade Leyva, Armando Adrian Lopez, Nami Okuzono — who also has work in the SITE Santa Fe Scholar’s exhibition Deliberate Acts, currently on view at Form & Concept — and Chrissie Orr, a longtime Santa Fe resident on the faculty of The Academy for the Love of Learning. Orr is from Scotland and is the co-founder of The Living Story Collaborative and El Otro Lado in the Schools, both story-based arts education programs. Orr was recognized in 2009 with the Mayor’s Award for Excellence in the Arts for her community-based art projects.

Mill Contemporary’s show arrives a time when sanctuary cities across the nation, including Santa Fe, face federal funding cuts. Sanctuary highlights the diversity of immigrant artists and, at the same time, celebrates their impact on the community. “A lot of cities are trying to pass stricter bills that make the saying ‘sanctuary city’ have a lot more bite,” said Lopez, who has worked with students in Santa Fe Public Schools’ Adelante Program for homeless children, teenagers, and their families, many of whom are immigrants. “It’s just about creating safe space.”

In my recent practice, home is a place frozen in time, a place left behind. It is a symbol for family, homeland, a life that does not exist anymore. Soon they will all just be a part of memory. — Azade Nia