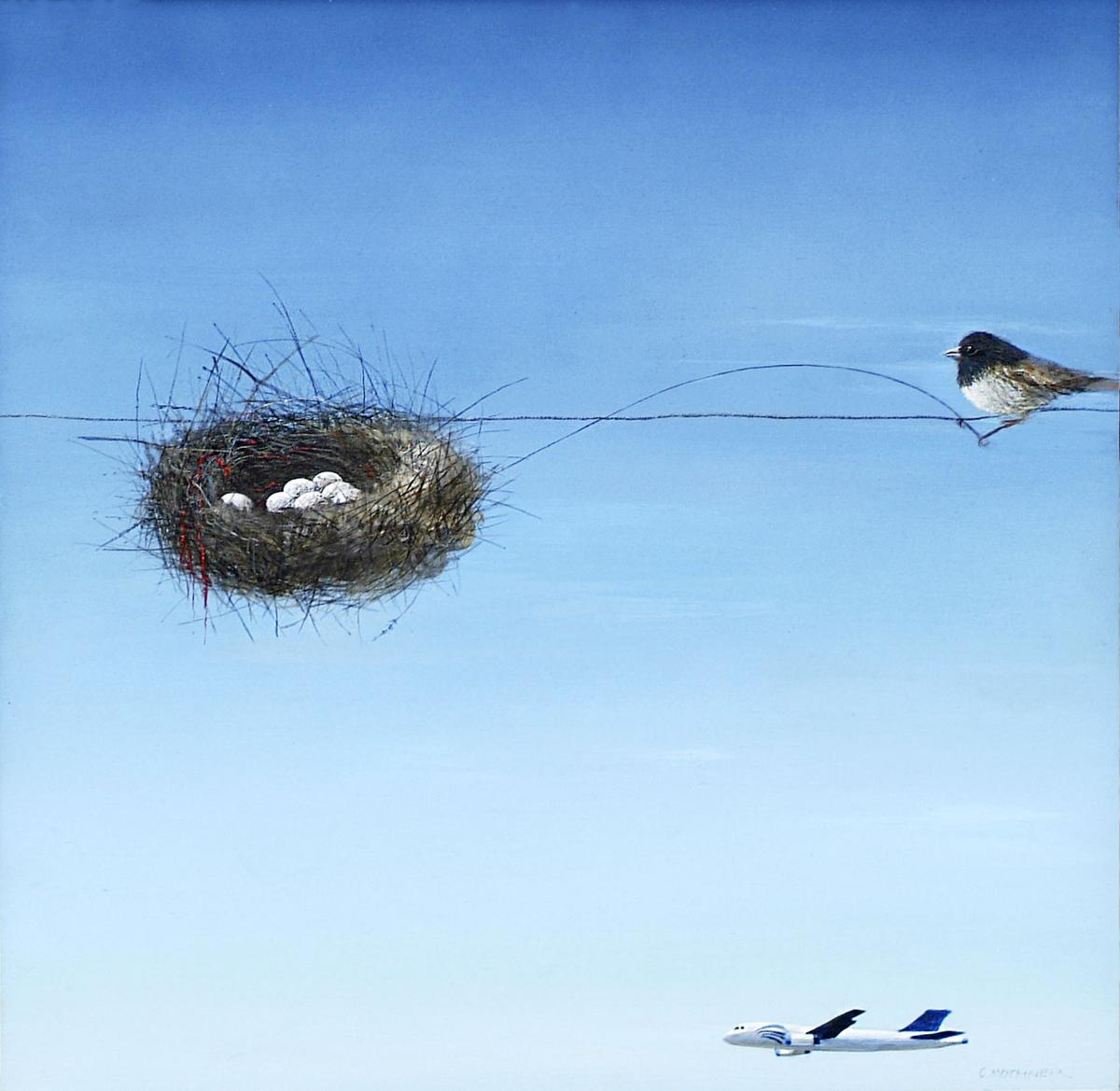 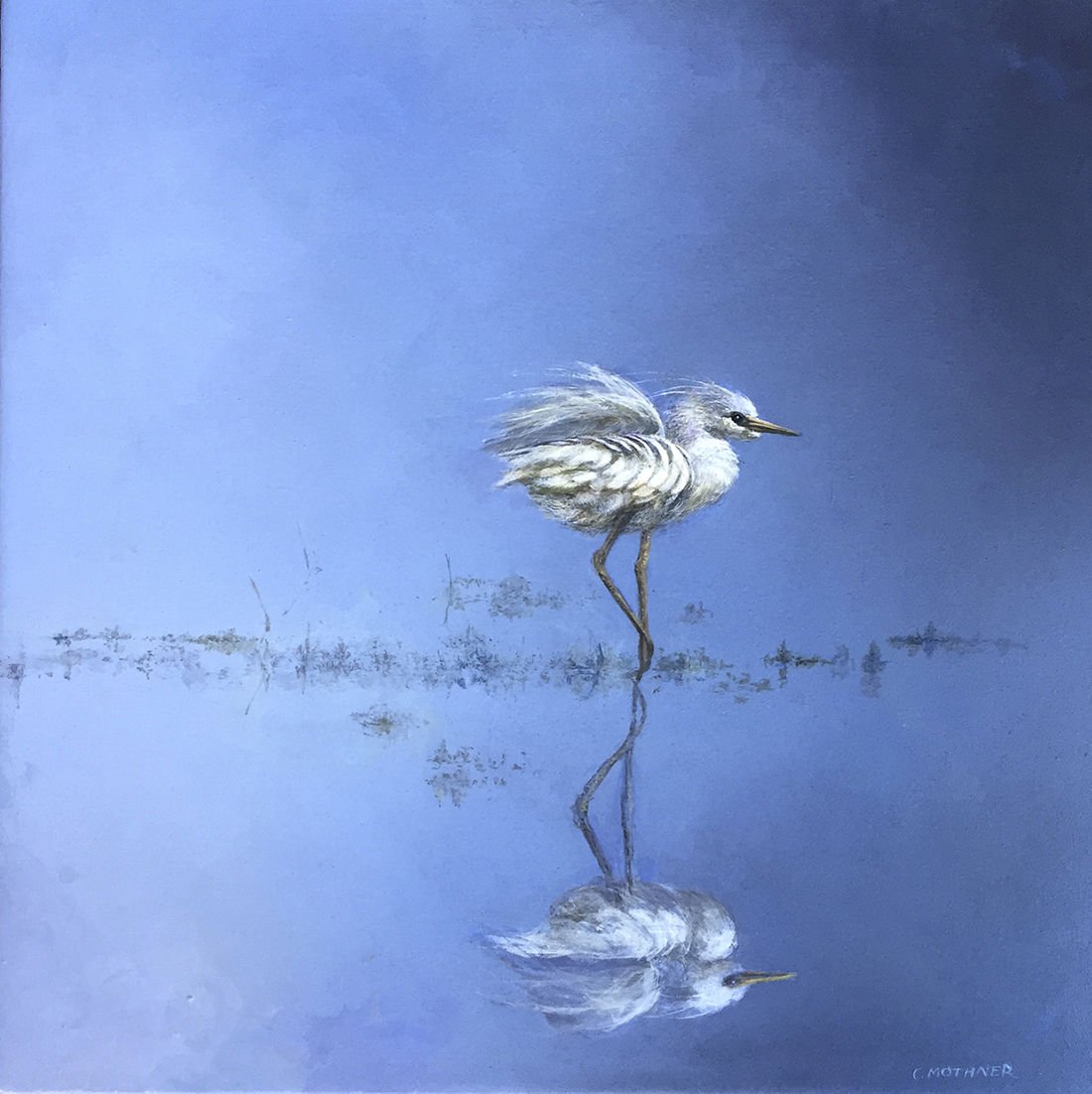 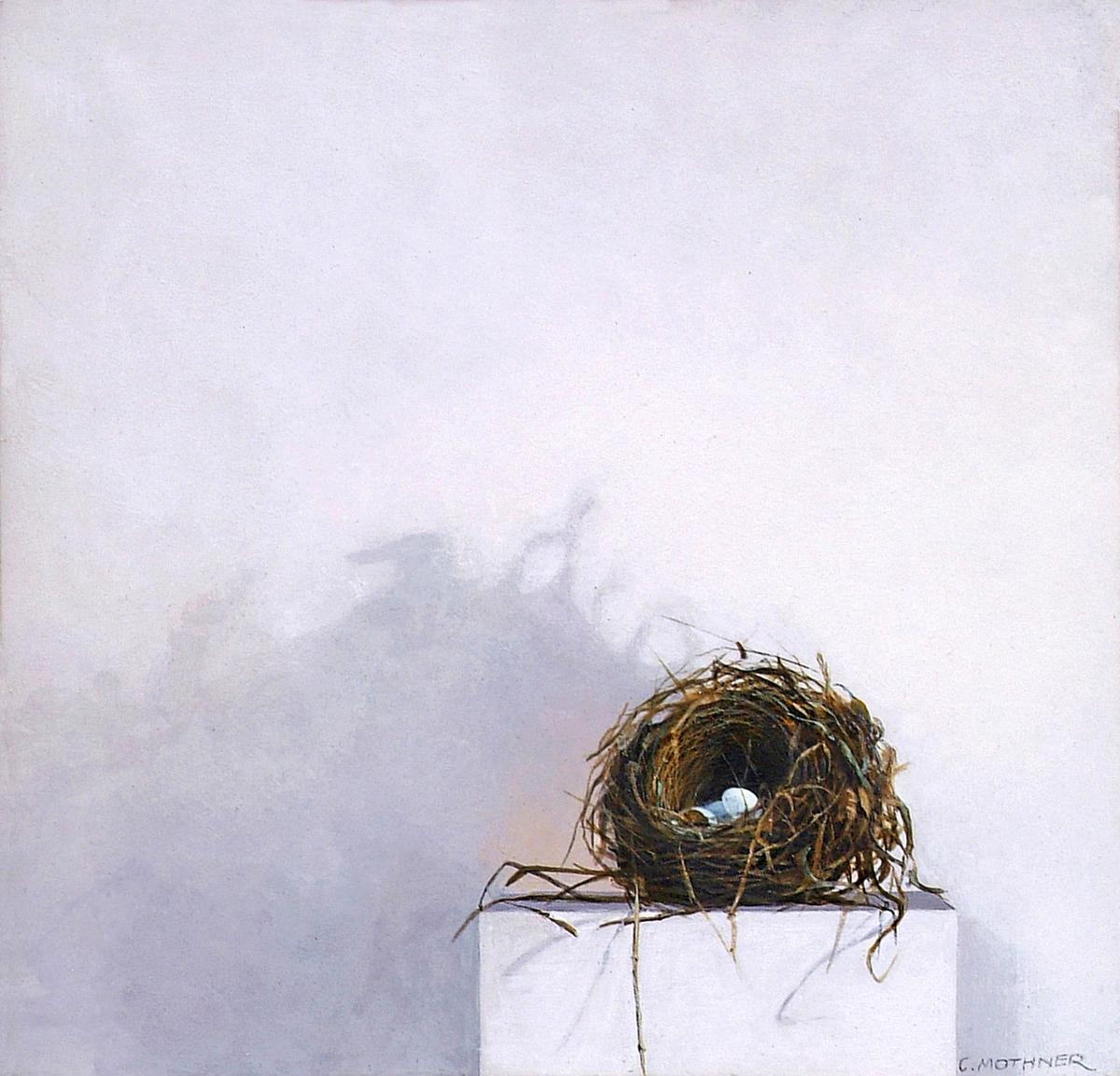 Santa Fe artist Carol Mothner grew up in Brooklyn, thinking birds were special creatures. But all she saw of birds in the city were pigeons, sparrows, and maybe the occasional robin if she were invited to the country — which, she said, meant Queens. Her late husband Daniel Morper, on the other hand, was an avid bird enthusiast. At the age of eleven, at a state fair in Minnesota, he found himself at an Audubon bird booth with a display that read, “See how many birds you can identify.”

“Daniel gave it a try,” Mothner told Pasatiempo. “A few weeks later, Daniel’s mother got a call from the Audubon Society: ‘I would like to speak to a Mr. Morper.’ It turns out, he had identified 98 out of 100 birds.”

Morper, who died on April 8 at age seventy-two, was a realist painter of atmospheric landscapes and cityscapes. He painted boxcars, gorges, canyon lands, and multiple renditions of the Bosque del Apache National Wildlife Refuge. He showed regularly with LewAllen Galleries, which is presenting a memorial exhibit of his works in October. He also imparted his passion for birding to his wife.

Mothner is showing a new collection of her paintings in a solo exhibition titled Aloft at Nüart Gallery, which opens Friday, Sept. 9. Like Mothner’s previous work, Aloft is a personal and intimately scaled body of work, her first since Morper’s death, and its imagery of nests, eggs, and fowl are inspired, in part, by her husband’s lifelong enthusiasm for all things bird-related.

While nests are the predominant subject, many of her paintings also feature variations on the form of the egret, a type of heron that she saw on visits to the Bosque del Apache with Morper. “We went every year on New Year’s Eve,” she said. “There are water birds there. You wait until the sun is setting, and by then, all of the snow geese have settled for the evening on the water. You have to get up really early, and as the sun is rising, they rise with it. So there’s tens of thousands of birds rising. It’s an amazing experience.”

Mothner has a collection of abandoned nests that she has made the subjects of previous bodies of work, depicting them tucked into alcoves. In contrast, most of the nests in Aloft float freely in blue skies, hovering high above the land. “Daniel died after a 16-year battle with Alzheimer’s disease,” she said. “It felt so much better to have them ascend.”

Even though Mothner often paints nests from memory or simply invents them, she has spent enough time studying them to be familiar with their structures. Birds’ nests are as varied as the species that build them, and in human-populated areas, they are often composed of a combination of organic and inorganic materials. Sticks, mud, grass, and spiderwebs are common nest-building elements, but you occasionally see wire, bits of plastic, fabric, even human hair in them — and Mothner paints these, too, adding a human element to the compositions, deepening their metaphoric sense of home and domesticity.

“When my daughter Elizabeth was a child, and I brought home the very first nest I found as a gift for her after I made some drawings of it, nest-finding became an obsession for both of us,” she said. “Elizabeth thought that the inside of a nest was the perfect place to bring up a baby. They aren’t intrinsically beautiful — their colors are dull, their shape predictable, but because of what they are used for, they touch many of us.” On  a studio visit, Mothner pulled out a hummingbird’s nest that had been attached to a section of outdoor string lights, and it looked like the nest of a spider. Its cushy interior, while small, looked cozy enough for the bird’s purposes, like a thimble lined with cotton batting. “It’s the ugliest nest I ever saw,” she said.

Mothner is a figurative painter whose compositions are as finely detailed as those of a realist, but her subjects often take on aspects of fantasy. The paintings in Aloft — notably Perspective and Toward Heaven, in which tufts of clouds float like puffs of smoke above an oblong nest — recall some of the surrealist imagery of René Magritte. Unlike those in more naturalist paintings, Mothner’s nests are divorced from their habitat, forcing the viewer to consider them more directly as aesthetic forms, which adds to their dreamlike quality.

Mothner paints birds in the same manner as she paints the nests. She’s familiar enough with bird anatomy to invest them with a sense of realism, but other than some that resemble egrets, they are not intended to represent specific species. A sense of the transience of life pervades the work: Birds migrate. They abandon their nests. But many return, cyclically, responding to the ebb and flow of their natures and the turn of seasons. “Daniel was the one who introduced me to birds,” Mothner said. “I am not religious in the traditional sense, but I feel that some part of him is aloft and that he would be happy to be close to the creatures he loved so much.” ◀