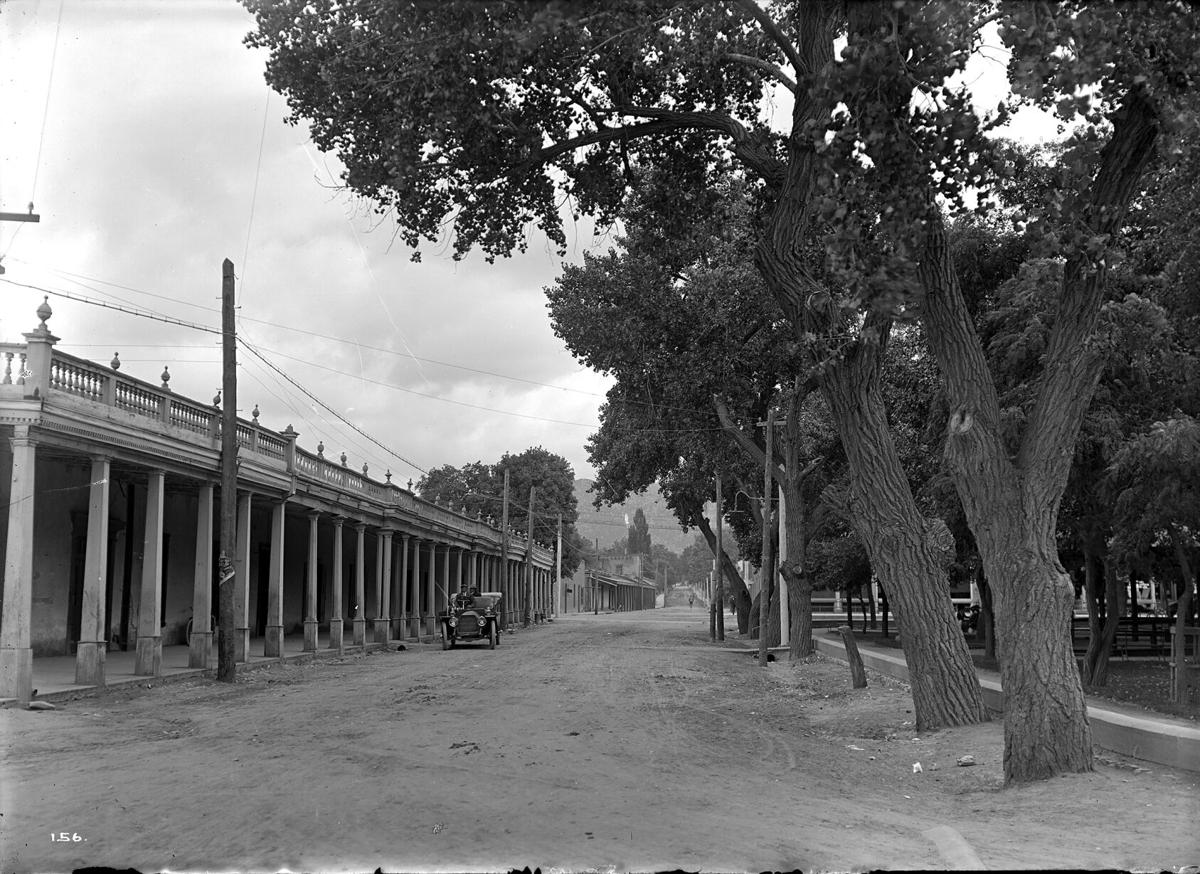 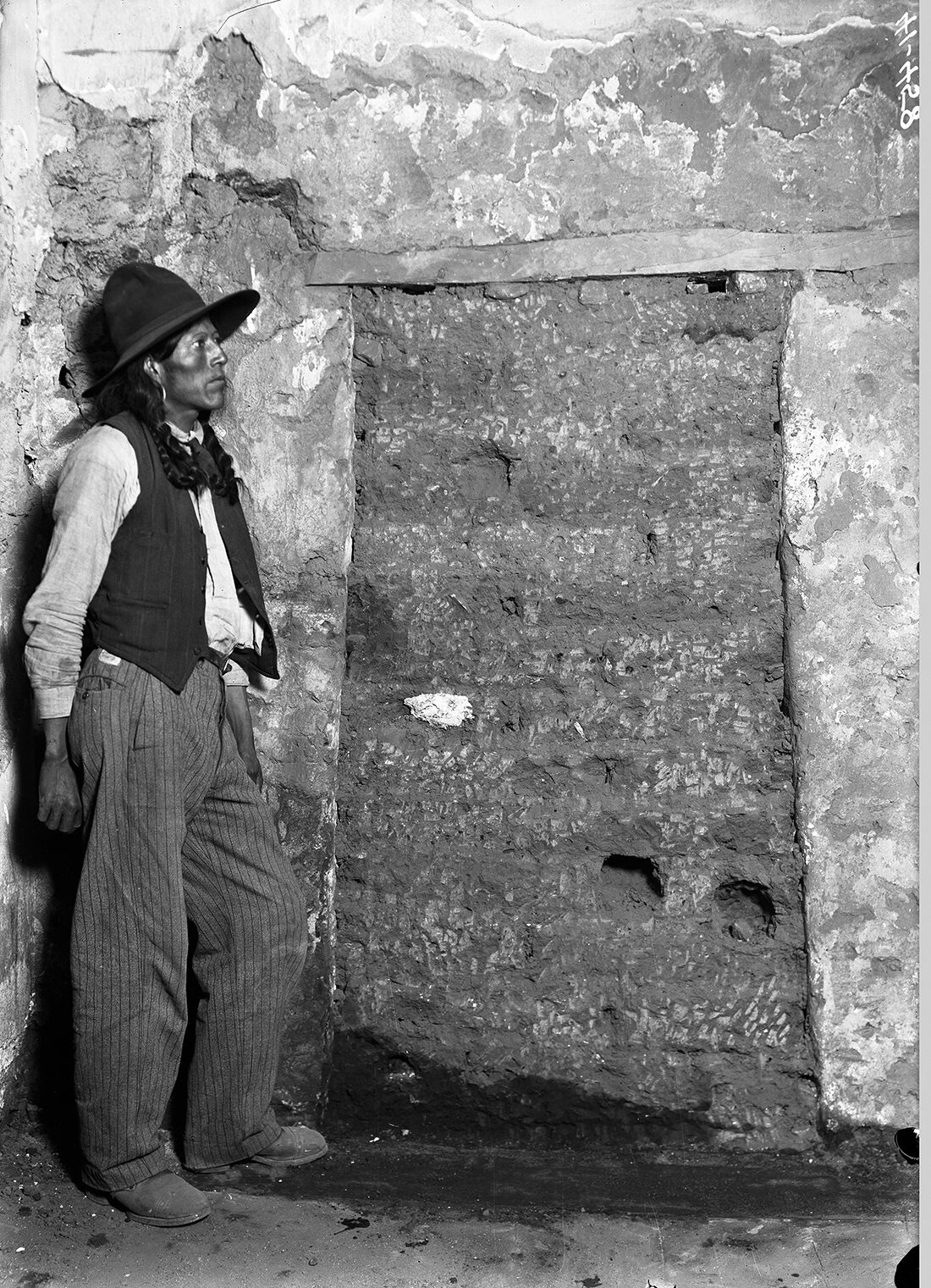 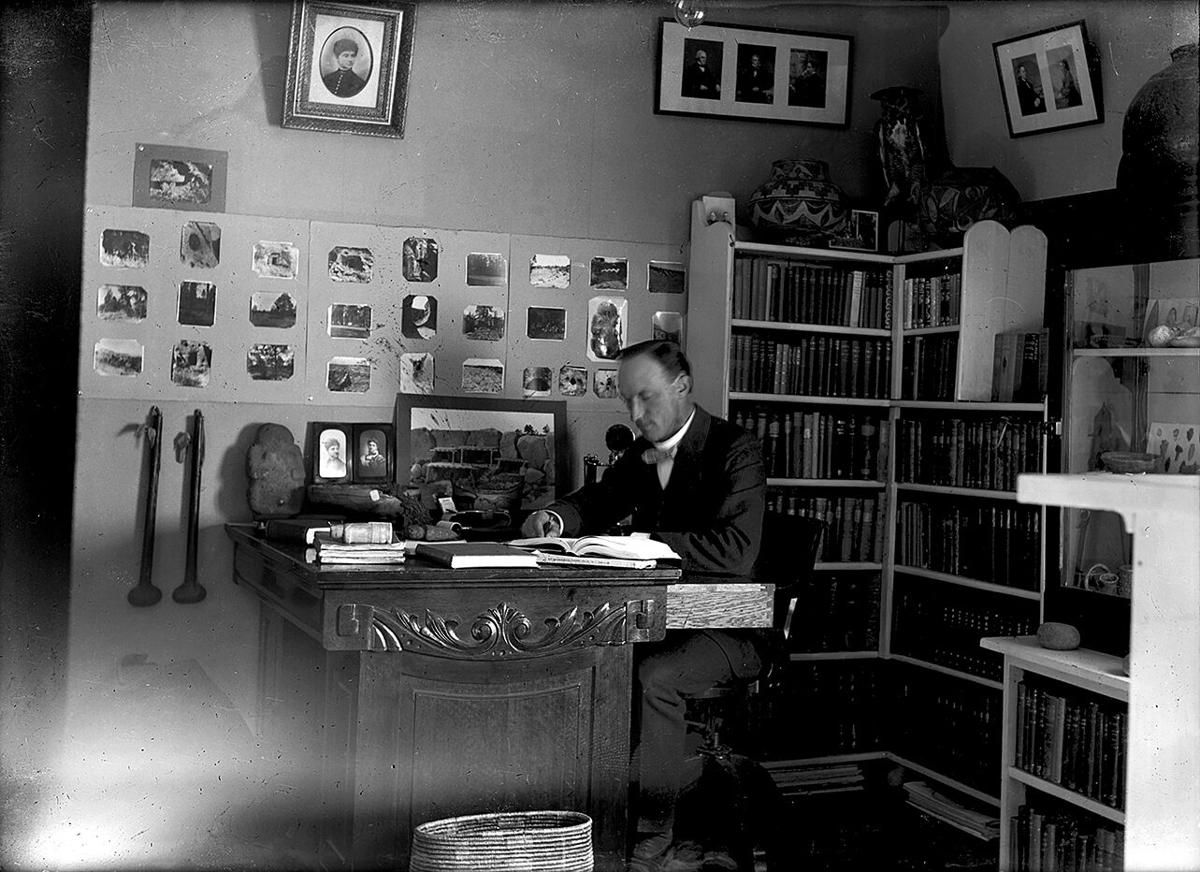 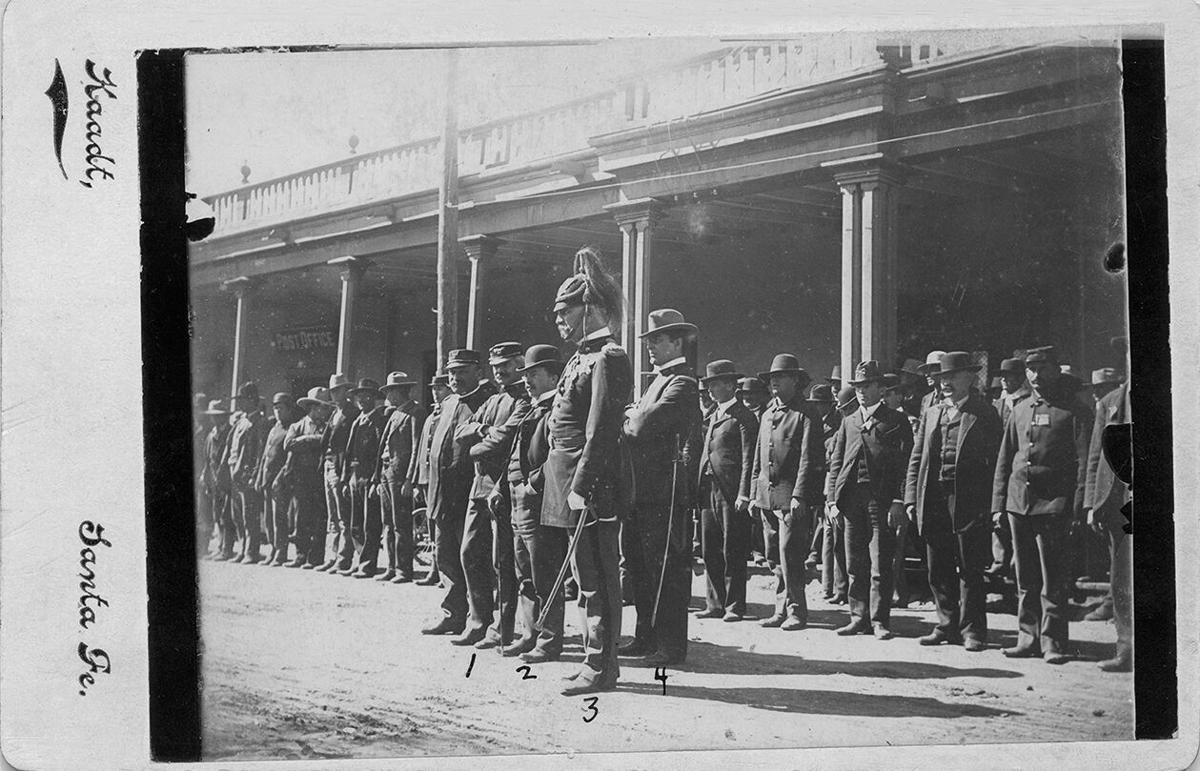 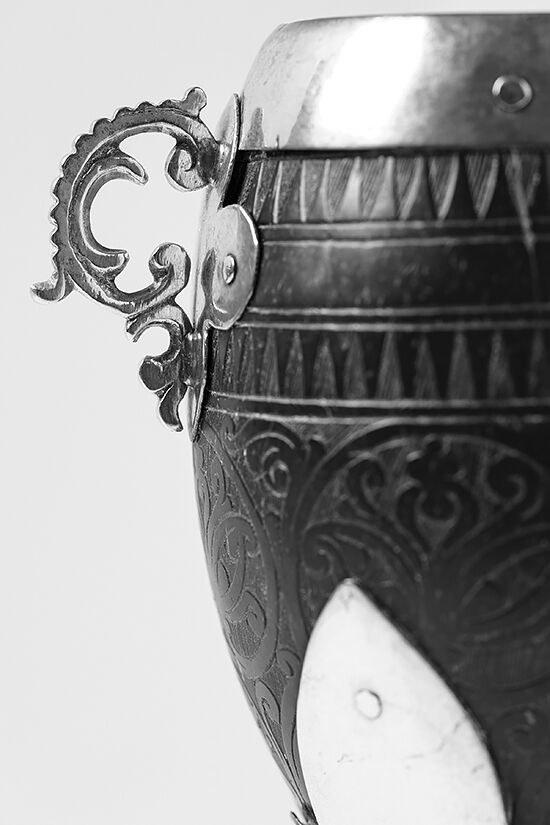 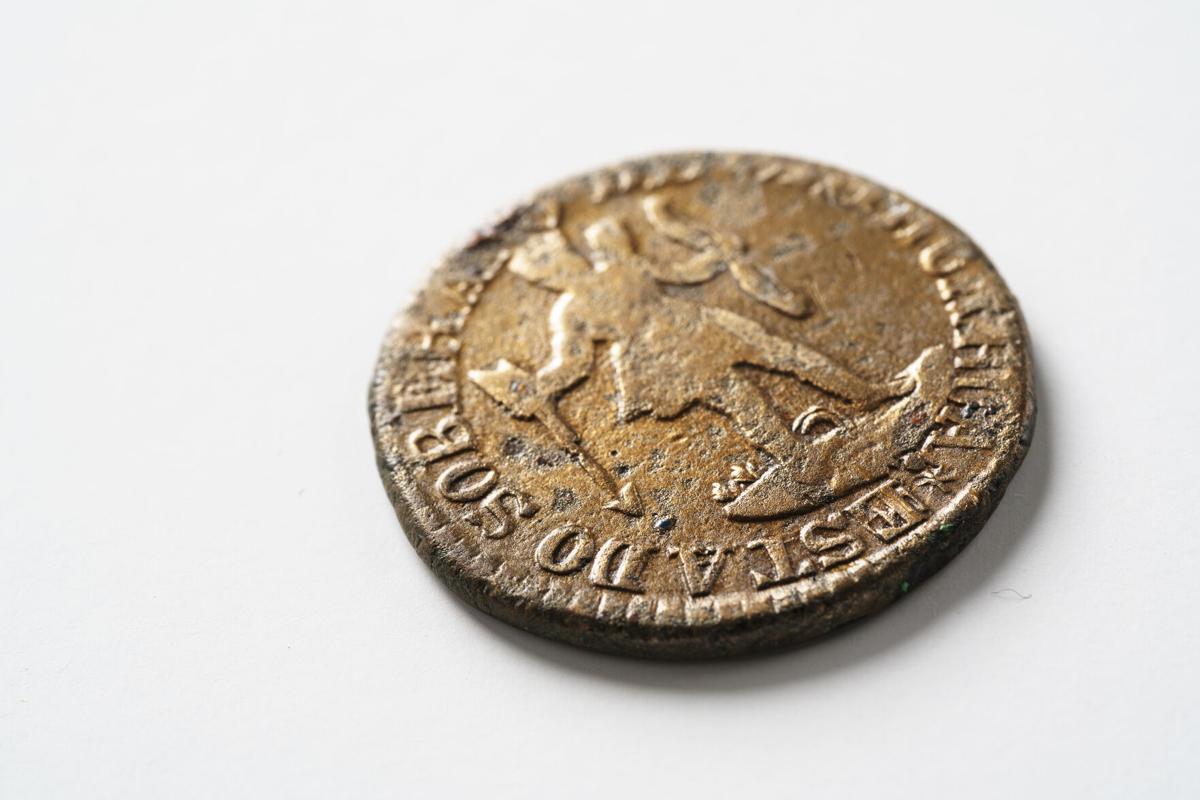 For most of its 411-year history, the Palace of the Governors was tied to the history of the state of New Mexico. The oldest continuously occupied public building in the United States, which once served as the seat of the Spanish government for an extensive colony that comprised the present-day states of Texas, Arizona, Utah, Colorado, Nevada, California, and New Mexico, the Palace outlasted the various power conflicts and changes to New Mexico’s governance. The structure, now an official National Treasure and National Historic Landmark, was designated as the home for the Museum of New Mexico in 1909 and renovated to reflect the dominant Spanish-Pueblo Revival style of Santa Fe’s iconic architecture. It has remained virtually unchanged ever since.

But for nearly three years, the Palace, which is now a part of the New Mexico History Museum, has been closed to the public for the installation of new sprinkler, heating, and ventilation systems. Reopened to the public on June 26, the new semi-permanent exhibition provides fresh insight into its history and the narratives of those who’ve occupied it. Those narratives were reconstructed through archaeological evidence collected onsite and on the adjoining property of the New Mexico History Museum. The exhibition, Palace Seen and Unseen: A Convergence of History and Archaeology, draws from historic documents, photographs, archaeological artifacts, and architectural studies from throughout its history to present a portrait of four centuries of life at one of New Mexico’s premier cultural institutions. It includes approximately 50 excavated objects, including a pair of 19th-century handcuffs from Santa Fe, a chispa (steel strike-a-light) from Santo Domingo Pueblo that dates to the 1820s, and a 17th-century ivory lice comb that was was unearthed from the west end of the Palace.

“One of the interesting facts about the Palace is that the grounds that the governor had control of remained essentially the same from 1610 until the early 20th century,” says archaeologist Stephen Post, who was involved in the archaeological surveys prior to the construction of the New Mexico History Museum. “That’s the actual ground that supported activities at the Palace of the Governors. I tie that into our excavations for the [Pete V.] Domenici Building from 2002 to 2007.”

Post, who co-curated the exhibit with archaeologist Cordelia Snow of the Department of Cultural Affairs’ Historic Preservation Division, was then working for the Office of Archaeological Studies. Snow, for her part, was involved in earlier excavations at the Palace from 1974 through 1975. Some of what they found informs the narratives presented in the exhibit.

“I was surprised by the amount of material that we recovered just from the New Mexico History Museum excavations,” Post says. “During that excavation, we recovered over 800,000 artifacts. But we systematically excavated only 6 percent of the grounds that the New Mexico History Museum occupies. I estimated that if we had completely excavated the space, we would have found 16 million artifacts.”

The shear volume of materials uncovered, which reflect how life was sustained at the Palace, gives one pause to consider what else might lie long buried under the well-trammeled grounds of Downtown Santa Fe.

“We just casually said, Oh, we could find a million artifacts,” Post says. “There’s so much still remaining back there, behind the Palace of the Governors. It’s such an archaeologically rich place.”

Some of those objects provide insight into the economic and daily lifeways of the people who occupied the space. For instance, Post’s team uncovered a button from the uniform of a member of New Mexico’s first National Guard, which was established in 1912. Also on display is a medio (half) real, a Spanish coin depicting King Charles IV, which dates to the time when the Palace was surrounded by the presidio, a garrisoned fort authorized in 1693 for defense of the northern frontier of Spain’s New World territories.

“The presidio soldiers were not paid very well,” Post says. “They were paid with goods rather than with money. So this medio real would have constituted an important part of one of the presidio soldier’s income.” In the exhibit, Post uses the medio real as a material link to the historical information on Colonial-era economics.

“During our excavations, we also found, I don’t know, a couple of thousand .22 shells buried outside what was then the National Guard armory building, which is directly behind the Palace of the Governors,” he says. “We didn’t display the 2,000 .22 shells but were able to display the button of the National Guard soldier. So, with the archaeology, we were able to connect with the architecture, as well as the activities at the time.”

Snow, too, uncovered archaeological evidence that impacted historians’ understanding of crucial chapters of Palace history during her excavations of the mid-1970s.

“The museum administration had given me a week or two to see what was underneath the floors, which were worn out and had to be replaced,” she says. “Within two weeks, we had a great change of plans because we hit architecture that we never even knew existed beneath the Palace. We ended up with 17th-century pre-

Revolt foundations, and adobe brick floors, which were completely alien to anything we ever dreamed of uncovering. Instead of two weeks, the excavations extended for two years.”

Snow and her team also found evidence of storage pits dating from 1680 to 1692, when the Palace was under the control of the regional Pueblos. Hatches set into the floor and covered in glass provide visitors a glimpse of the original architecture and the renovations made during the siege that followed the 1680 Pueblo Revolt, when the Spanish Colonial government was temporarily ousted from Santa Fe.

Reconstructing that 12-year period proved difficult for historians since little documentary evidence of what life was like during the Pueblo occupancy remained in the region. Many of the 17th-century Spanish documents kept at the Palace were destroyed — most likely burned — in the Pueblo Revolt and its resulting siege.

Post contends that archaeological evidence can help fill in the historical gaps.

While the Palace still sits on its original location, its footprint is smaller than at various points in its history.

“Both the east and west ends were lopped off from what we see today,” Snow says. “The west end of the Palace extended across Lincoln Avenue, and the east end, at one point, extended into, if not all the way across, present-day Washington Avenue. During the Spanish Colonial period, the Palace incorporated the presidio.”

Snow says the presidio was manned by as many as 100 local vecinos, or citizens.

“In 1780, the officers and men of the Santa Fe Company pledged 2,175 pesos from their retirement fund for the construction of a new barracks. Additional funds were provided by Governor Fernando de la Concha and, in January 1788, Commandant General Jacobo Ugarte not only approved the request but added funds for construction.”

The floor plan of the newly constructed presido was drawn on Dec. 30, 1791, by Spanish military engineer Juan de Pagazaurtundúa.

But whether the Palace itself ever extended that far in the previous century is a matter of some debate. English translations of documents describing the territory suggest that, before the Pueblo Revolt, the Palace occupied a space equal to the presidio in dimension.

But, so far, little evidence supports that contention.

“Historian Ralph Emerson Twitchell based his description of pre-Revolt Santa Fe on early 18th-century documents,” Post says. “To date, Twitchell’s interpretation of the extent of the Palace’s or as he calls it, “Palacio Real’s pre-Revolt grounds has not been confirmed by archaeological investigation.”

Some essential features of Downtown Santa Fe remain as they were throughout its history, however, including the location of the Palace, the Plaza, the parrocchia (parish church), where the Cathedral Basilica of Saint Francis of Assisi is now, and the San Miguel Chapel, on south side of the Santa Fe River.

“That triumvirate — the Palace, the Plaza, the parish — really marks Downtown Santa Fe historically,” Post says. “Together, they span its 400 years.” ◀

Palace Seen and Unseen: A Convergence of History and Archaeology