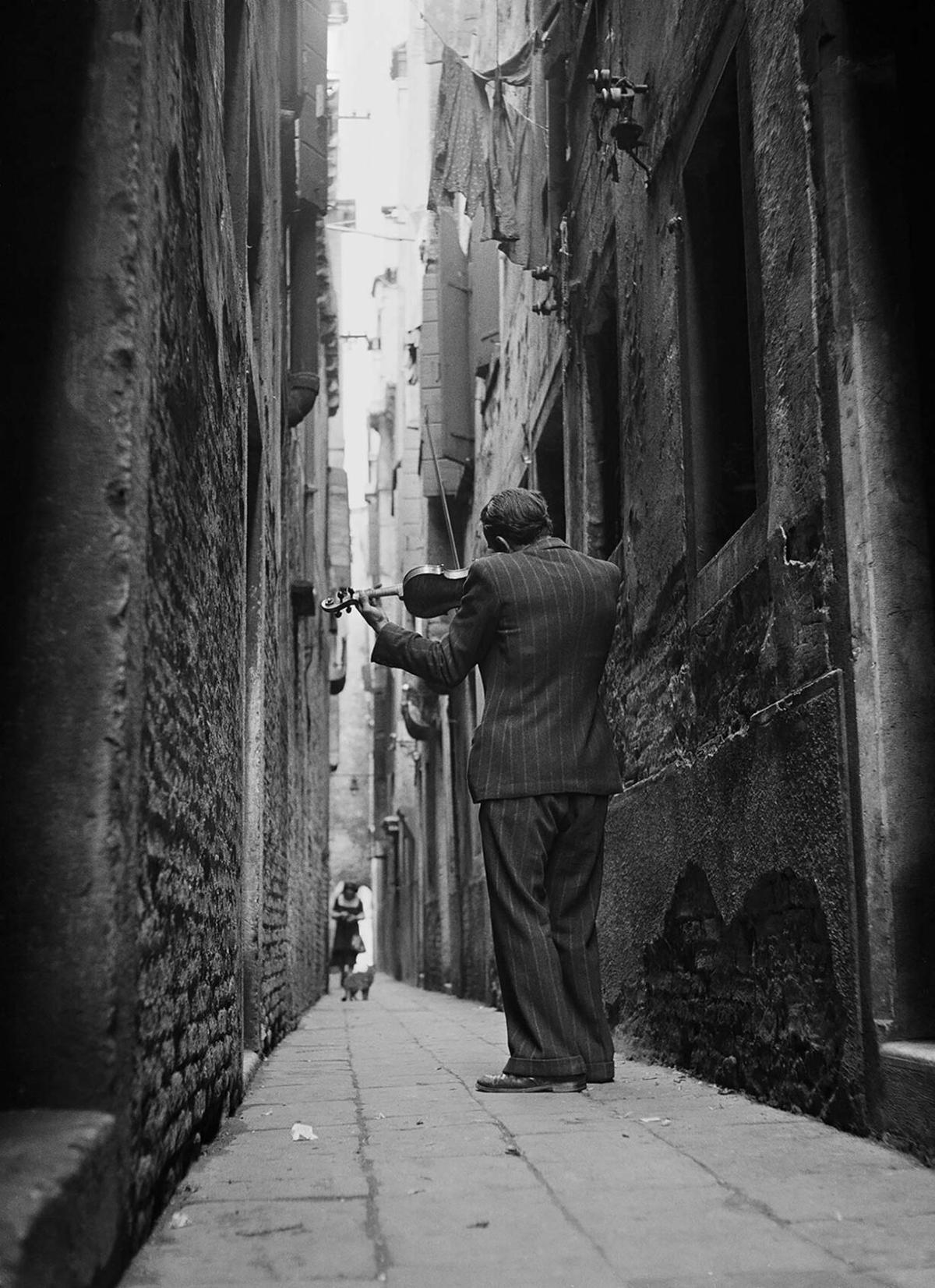 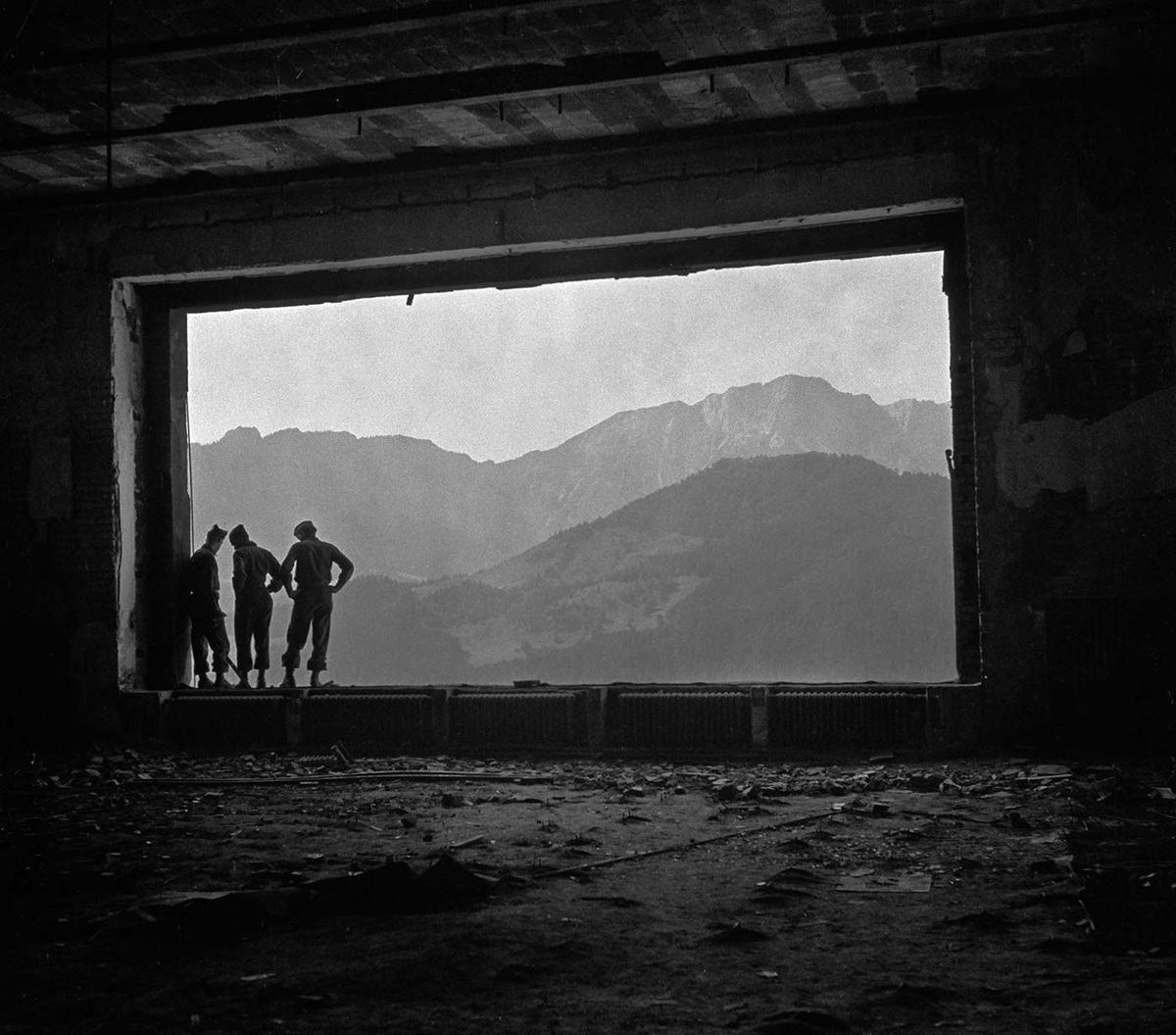 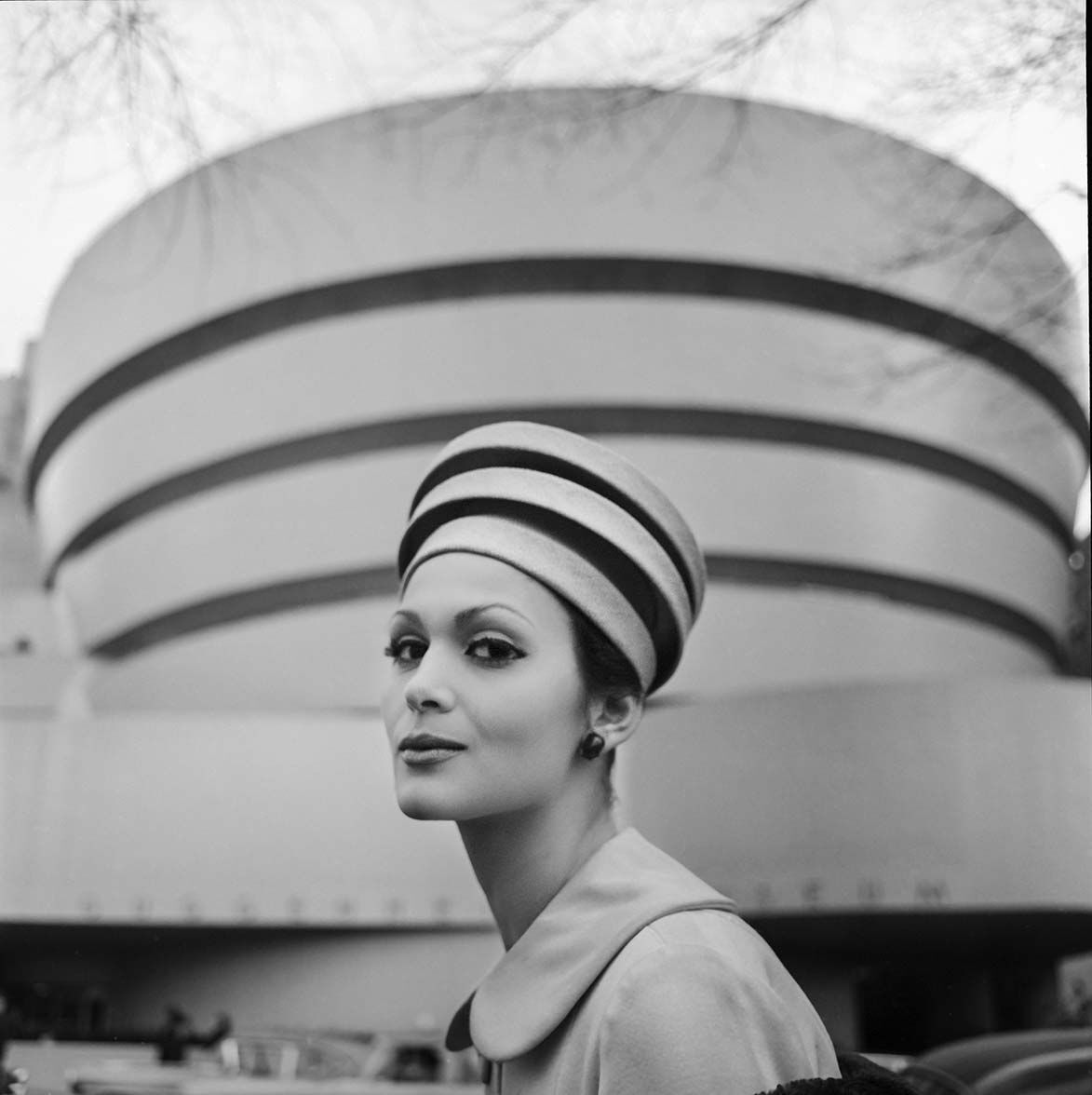 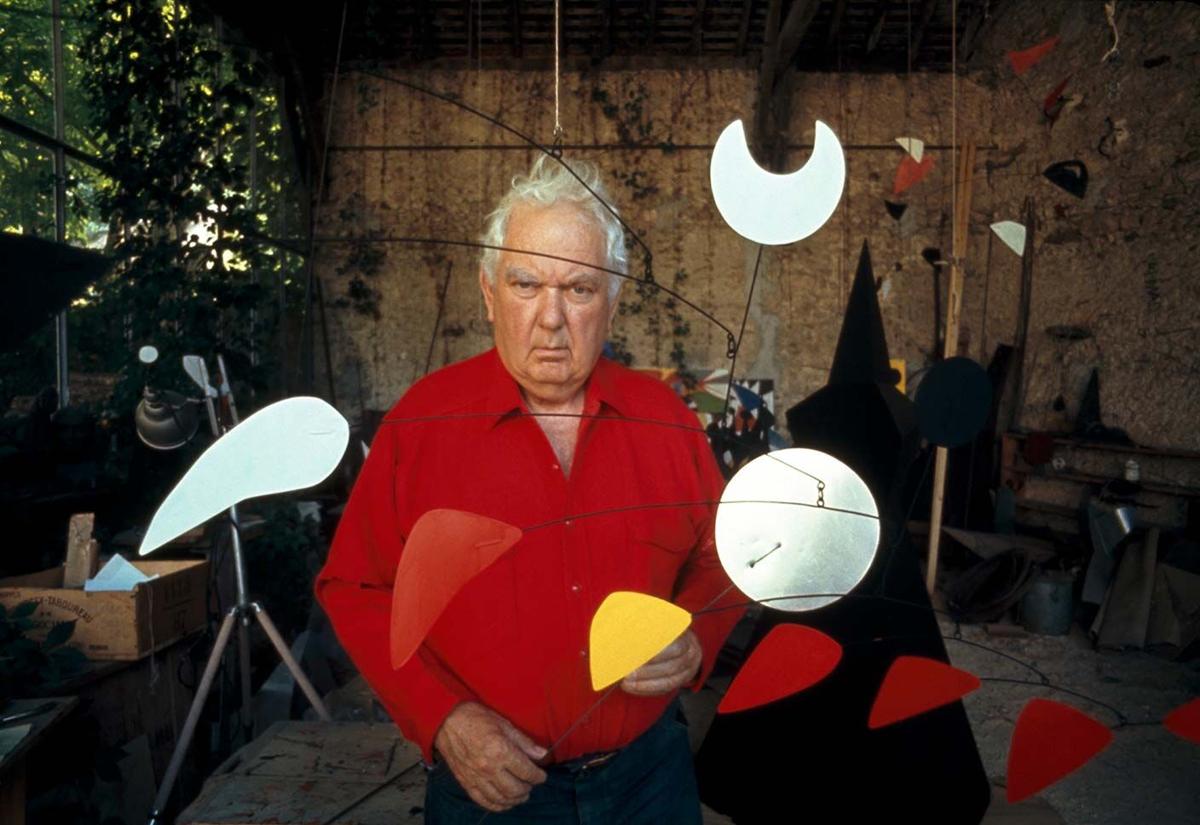 Alexander Calder at His Studio, France (1967) 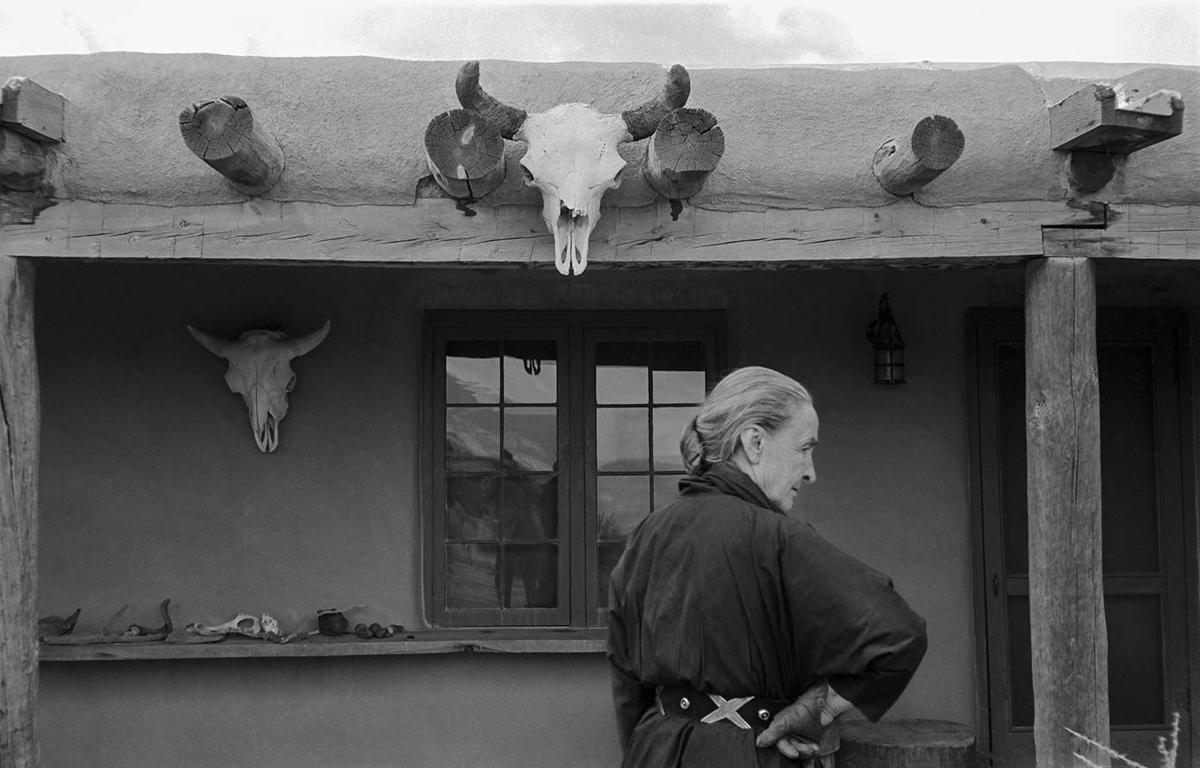 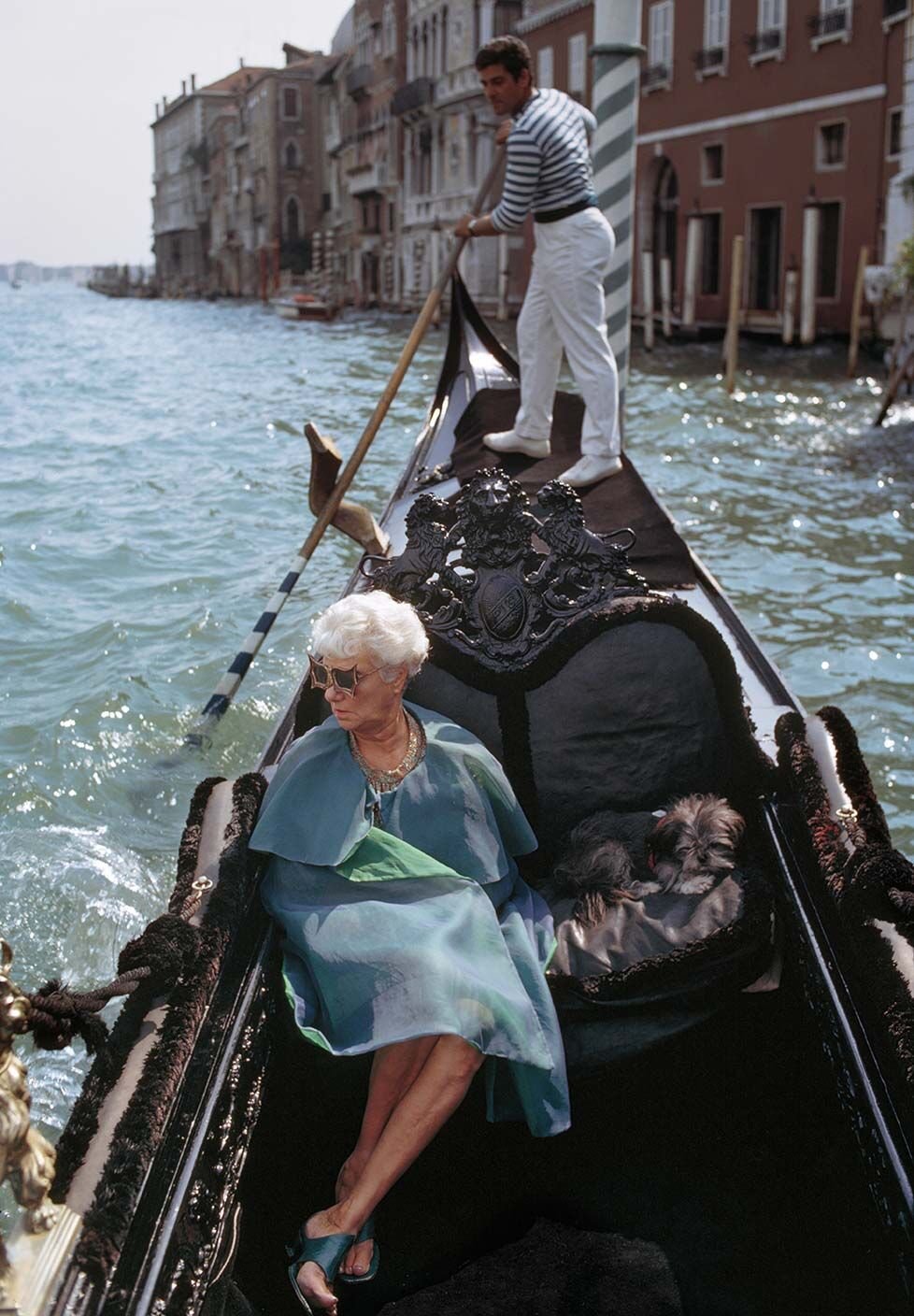 Private First Class Tony Vaccaro, of the 83rd Infantry Division of the U.S. Army, taught himself to take photographs while under enemy fire. Deployed for 272 days in the Western Front during World War II, Vaccaro snapped 8,000 pictures. Many were of his fellow American soldiers. Others captured street scenes of war-torn France and Germany.

“Bullets came right toward me, but somehow the one that kills never came about,” Vaccaro says. “I was scratched by bullets a few times, but I never had a bullet that injured me seriously.” Vaccaro survived the war to become a prolific and successful photographer.

“He’s among the most versatile photographers of his generation because he photographed war under live fire — European-style street photography — but, then fashion, storytelling, and documentary,” says the co-owner of Monroe Gallery, Sid Monroe. “He was game for any assignment.” Over time, Vaccaro would receive many.

To celebrate Vaccaro’s upcoming birthday, a new retrospective exhibition on his work opens at the Monroe Gallery on Friday, Nov. 20, called Tony Vaccaro at 98. To mark the occasion, the gallery holds a Zoom call with Vaccaro at 5:30 p.m. that day.

In April, Vaccaro fell ill with CoViD-19. He dismissed the illness as a mere “cough,” and doesn’t seem to be slowing down. As we spoke, he pointed out photographs in his Long Island City home and studio. All told, his archive holds hundreds of thousands of negatives, and the number keeps growing. He still goes out most days and captures the city using the same Leica he purchased in Germany 70 years ago.

Vaccaro was born in Greensburg, Pennsylvania, in 1922 and later moved to Italy following the death of his parents. He returned to the United States and was later drafted into the Army. Vaccaro already had his first camera and hoped to employ his skills for the Signal Corps, but he was told that he was too young. He reasoned that if he could squeeze a rifle trigger, he could squeeze a shutter button, but the Signal Corps was not convinced. Vaccaro was assigned to the infantry and brought his lightweight Argus C3 with him. (The little camera was often referred to as “the brick” for its rectangular shape.)

At the time, other war photographers moved slowly and carried bulky equipment. Often, they were forced to stage their pictures, reenacting important moments. Vaccaro, though, was a soldier first and photographer second. The fight was his priority, and he only took photos when he wasn’t forced to hold his rifle. When Vaccaro could shoot, he captured the brutal realties of war because he lived through them. “I shot from anywhere,” Vaccaro says. “From a foxhole. Standing up. Lying down. From the top of the trees. I would climb trees and take pictures there.”

There’s a powerful rawness to Vaccaro’s war photos. The black-and-white images are steeped in contrast, not just between light and dark, but also between serenity and atrocity. “You have to be cold-blooded. You have to be a son of a bitch,” Vaccaro says of taking pictures during a war, in the documentary Underfire: The Untold Story of PFC Tony Vaccaro (2016). Although the scenes of warfare were tragic, Vaccaro put aside his feelings and acted as the consummate photographer.

His favorite photo, though, is one that depicts hope and love. The Kiss of Liberation features an American sergeant kneeling and kissing a small girl on the cheek in St. Briac, France, in 1944. The photo brims with compassion and perhaps pointed toward Vaccaro’s future in the medium.

“After the war, he decided to stick with photography because he knew he had an eye for it,” says Tony Vaccaro archives manager and Vaccaro’s daughter-in-law, Maria Vaccaro. “He signed up to work for a magazine run by the Army called Stars and Stripes, and he became one of the staffers.” Vaccaro, in his early 20s, purchased a used Army Jeep and traveled across Europe to document the recovering continent.

Vaccaro had the experience, skill, and, apparently the boldness to walk into the New York offices of Look and Life magazines to ask for a job. One of his photos, a dead solider buried in the snow, impressed an editor at the magazines, who asked Vaccaro if he could shoot celebrities with the same kind of vision. Vaccaro could, and would, for the next few decades.

Working freelance for Look, Vaccaro took portraits of Sophia Loren, President John F. Kennedy, Pablo Picasso, Enzo Ferrari, and Georgia O’Keeffe, among many others. As with his war photographs, Vaccaro’s portraits are present and of the moment. “He was absolutely charming. He was this suave, debonair Italian. He could talk his way into anything,” Monroe says. “There’s nothing between him and his subjects.” For Vaccaro, the people he photographed kept his mind off the atrocities of the war.

For almost four decades, Vaccaro worked as a freelance photographer all across the world. He traveled by camel up the Nile River and took a helicopter to the South Pole. Much of his war photography, though, remained unheralded until a 1998 exhibition laid the groundwork for a Taschen book called Entering Germany 1944-1949.

Six years ago, Vaccaro turned his negatives over his son Frank and daughter-in-law. All told, he documented the 20th century with more than a million negatives. “He kept everything in rolled-up paper in Kodak boxes,” Maria Vaccaro says. The family moved his studio to his apartment in Long Island City where they are working on the archives.

“When you’re a photographer, a serious photographer, you take chances, and you try to do the best you can,” Vaccaro says. “There was not another photographer better than me during the war.” ◀

Thank you for this article; I look forward to seeing the exhibit when the virus isn't so virulent. Regarding "The Kiss of Liberation," it appears, based on the picture posted by the Monroe Gallery, that the soldier is being kissed by the little girl, not the other way around. Or perhaps they are kissing each other. I wonder if it was the soldier who put the handkerchief on the ground for the girl to kneel on.