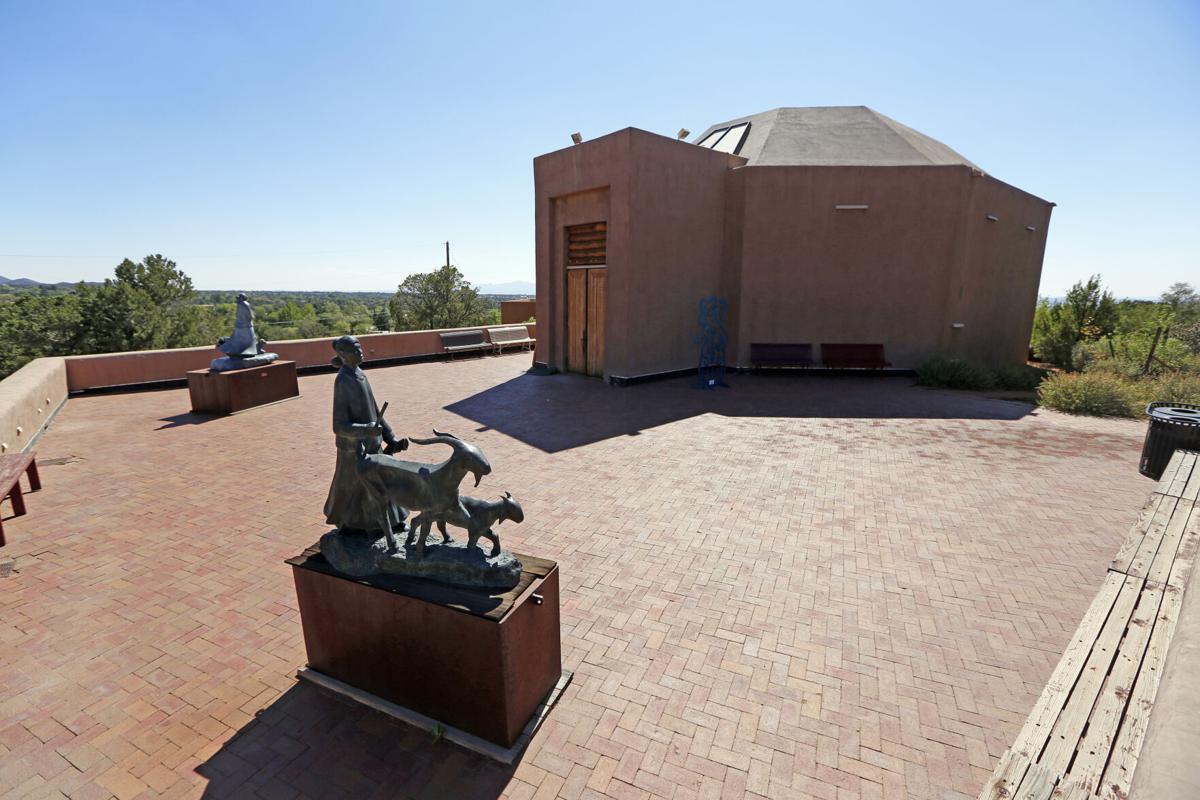 The Wheelwright Museum of the American Indian is among the first of the state’s museums to reopen after nearly six months of forced hiatus. 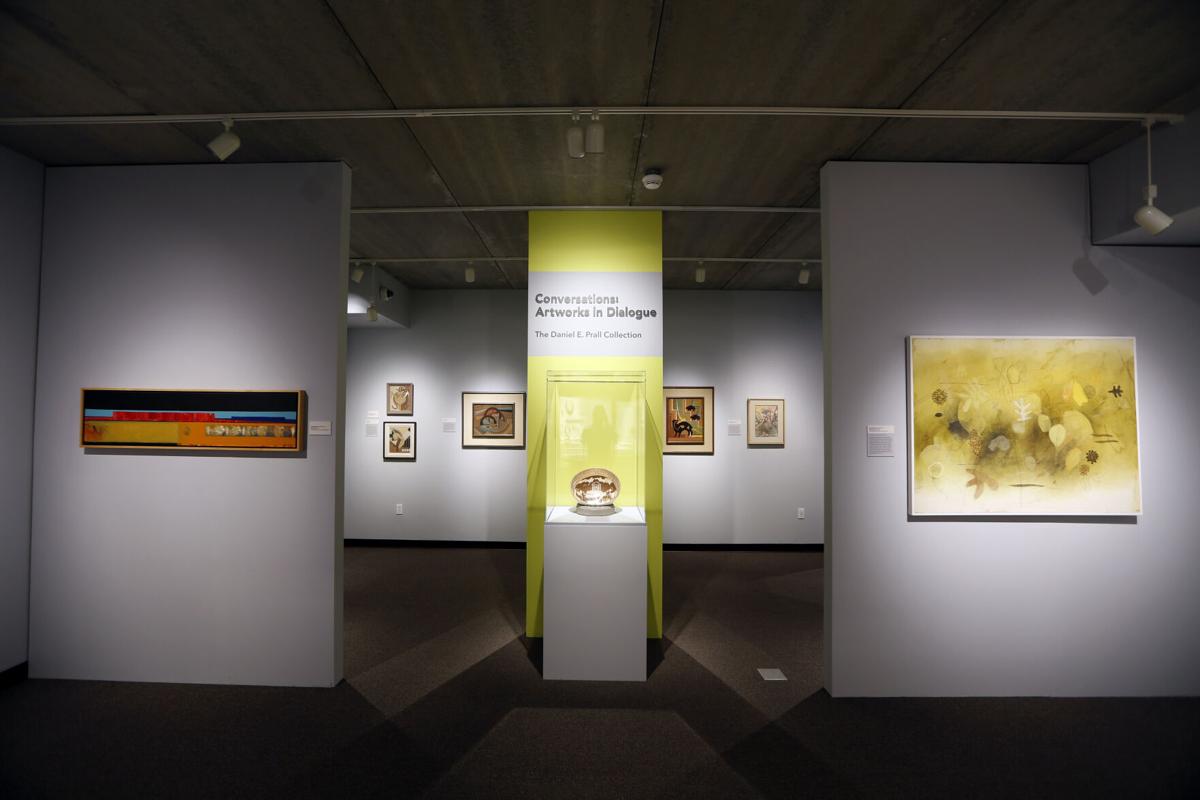 Conversations: Artwork in Dialogue | The Daniel E. Prall Collection is among the current exhibits at the Wheelwright Museum of the American Indian, which is among the first of the state’s museums to reopen after nearly six months of forced hiatus. 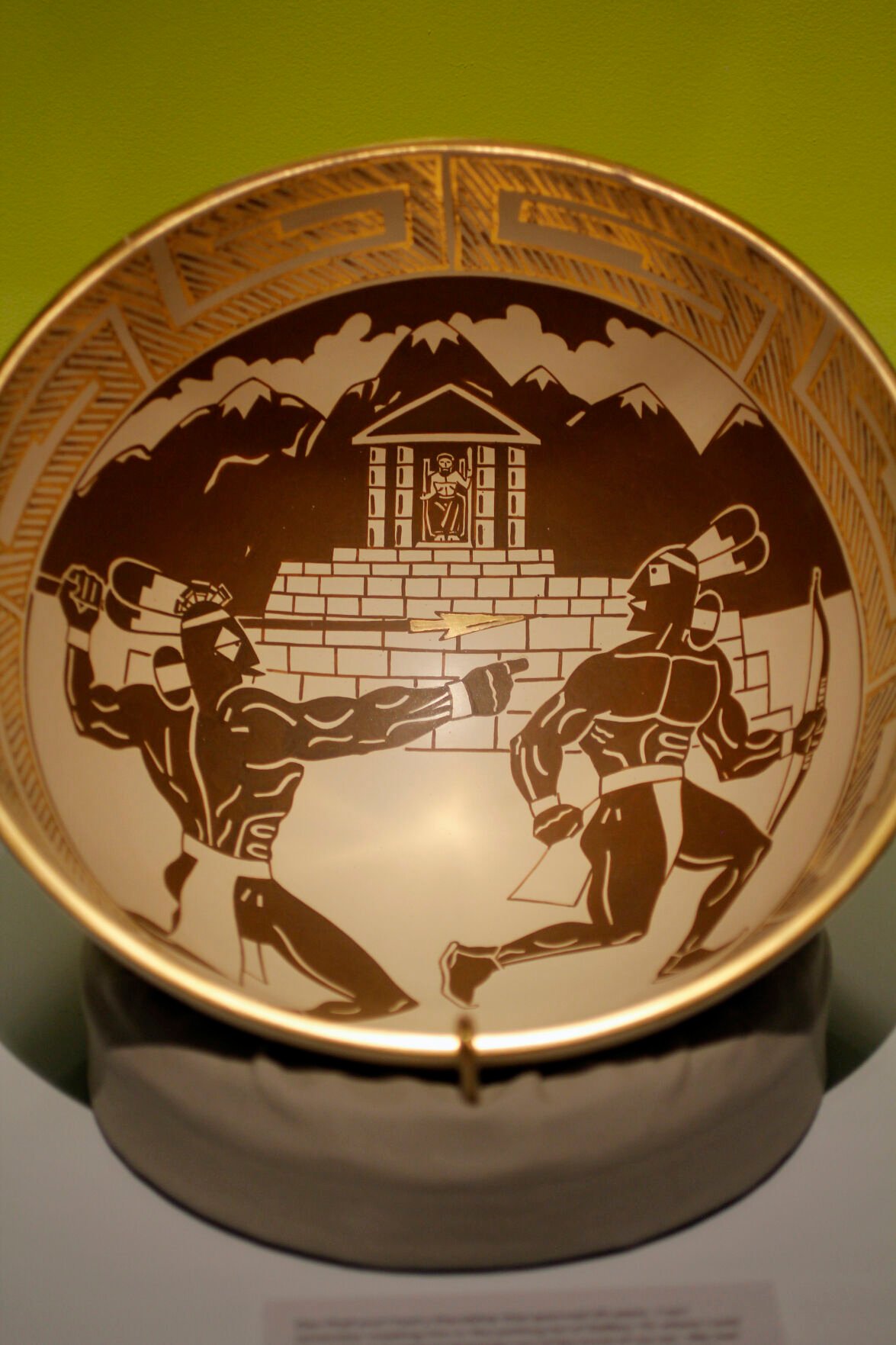 A Diego Romero bowl titled Hero Twins on Mount Olympia from the Daniel E. Prall Collection at the Wheelwright Museum of the American Indian on Wednesday.

The Wheelwright Museum of the American Indian is among the first of the state’s museums to reopen after nearly six months of forced hiatus.

Conversations: Artwork in Dialogue | The Daniel E. Prall Collection is among the current exhibits at the Wheelwright Museum of the American Indian, which is among the first of the state’s museums to reopen after nearly six months of forced hiatus.

A Diego Romero bowl titled Hero Twins on Mount Olympia from the Daniel E. Prall Collection at the Wheelwright Museum of the American Indian on Wednesday.

When a small group of people began arriving at the Wheelwright Museum of the American Indian on Tuesday, it was a modest but hopeful sign a sense of normalcy had returned.

“We had people signing up for hour-and-a-half slots during the day so we don’t get too many people at any one time,” Jean Higgins, the museum’s interim director, said of the Wheelwright’s return. “We’ve had people from a lot of different states already, but it’s still pretty quiet. We expect that will build over time, and we’re delighted to be reopened.”

New Mexico’s museums — emptied for months during the coronavirus pandemic — are happy for guests to return, even at reduced numbers. Perhaps even more than ticket revenue, they say, visitors are what a museum is all about.

The Wheelwright is among the first of the state’s museums to reopen after nearly six months of forced hiatus, with others planning their returns in the next several days and weeks.

Closure orders for state-operated museums first went into effect March 16, a day after Gov. Michelle Lujan Grisham sent a directive to state agencies to minimize face-to-face interactions. Other museums followed over the ensuing two weeks. With few exceptions, they have remained closed, though some reopened their gift shops.

When Lujan Grisham announced a revised public health order last week that allowed some museums to open at 25 percent capacity beginning last weekend, a variety of facilities began working on strategies to readmit guests, using state Department of Health directives as their guide.

The state said museums must discontinue any interactive displays and stop the “use of rental equipment, such as headsets, portable speakers, and strollers.” Timed, online reservation systems were recommended as well.

Even with the limitations, the ability to entertain visitors once again couldn’t come soon enough. Several museums have spent the week working to prepare for openings throughout the month.

A six-month closure was hard to imagine, much less plan for, said Cody Hartley, director of the Georgia O’Keeffe Museum.

“That loss of revenue — such a significant portion of our costs are covered by earned revenue, ticket sales and retail sales,” Hartley said. “So it was very much a difficult financial blow to our organization.”

The O’Keeffe Museum ultimately was forced to reduce staff by 44 people. It will reopen Sept. 25 at lowered guest capacity and shorter hours, to allow for additional cleaning time.

The Albuquerque Museum will open to members Sept. 8 and to the public a week later.

“We felt for quite a long time that museums are a very safe environment to visit,” said Andrew Connors, museum director.

The Albuquerque Museum was able to keep all of its permanent staff with help from the city of Albuquerque, but Connors — whose museum was in the midst of a successful exhibition featuring puppeteer and animator Jim Henson — noted losing money from ticket sales might limit future plans.

And even when they do open, museums likely will also have to contend with diminished numbers of tourists at a time when far fewer are traveling.

“We’re hoping that our local visitors, at first, will make up for that income and spend time here,” said Higgins of the Wheelwright Museum.

Taking a different approach, SITE Santa Fe will reopen to members on Sept. 9 and to the public on Sept. 11 with no ticket fees.

“Having been closed for so long, reopening after all this time and charging our community just didn’t feel like the right thing to do,” said Irene Hofmann, chief curator. “It felt more important to welcome people back in the most generous way possible than to recoup a little bit of our revenue.”

Donations were raised to make the free admission possible at SITE, which, like other museums, also suffered staffing cutbacks.

SITE has been able to hold onto an exhibition that initially was planned to open in the spring and close by Labor Day. Displaced: Contemporary Artists Confront the Global Refugee Crisis will remain on display until Jan. 24.

“We’re working diligently on plans for the reopening, securing materials and supplies that are important in being able to maintain a safe environment,” said Billy Garrett, interim director of the history museum.

Even if much remains unknown, New Mexico museums have some reason for optimism, Connors said.

“We really hope that we can get New Mexico and the creative economy back running again,” he said, “because our creatives are so important to the identity of this state.”

about time! Our governor must have fallen asleep in her efforts to silence all cultural activities in the state. May she stay asleep....