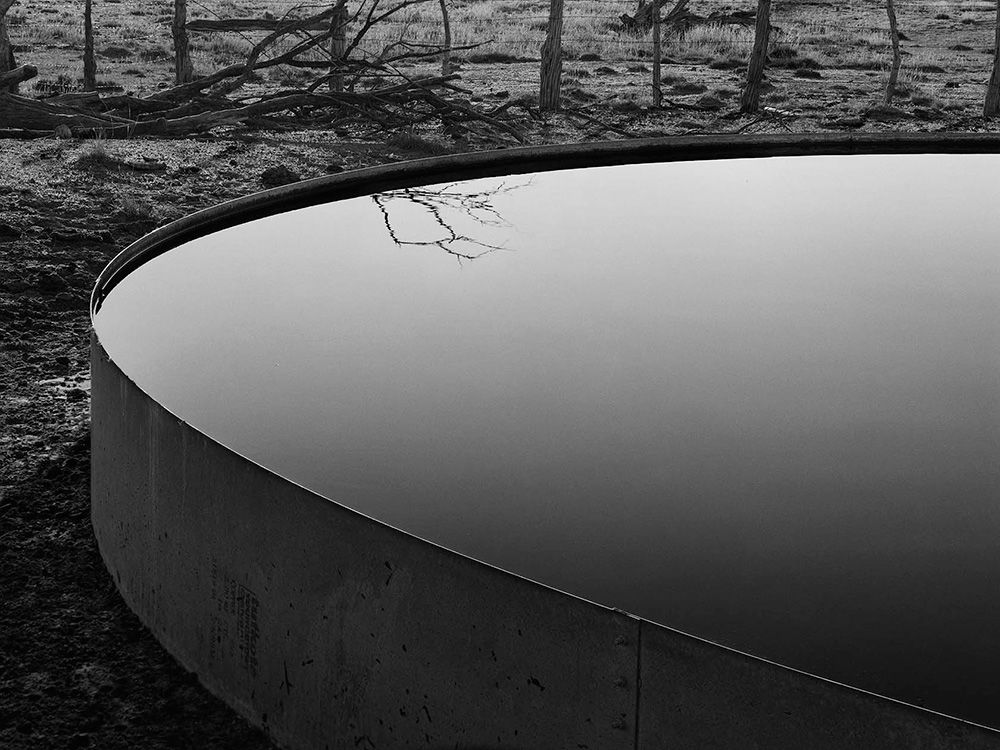 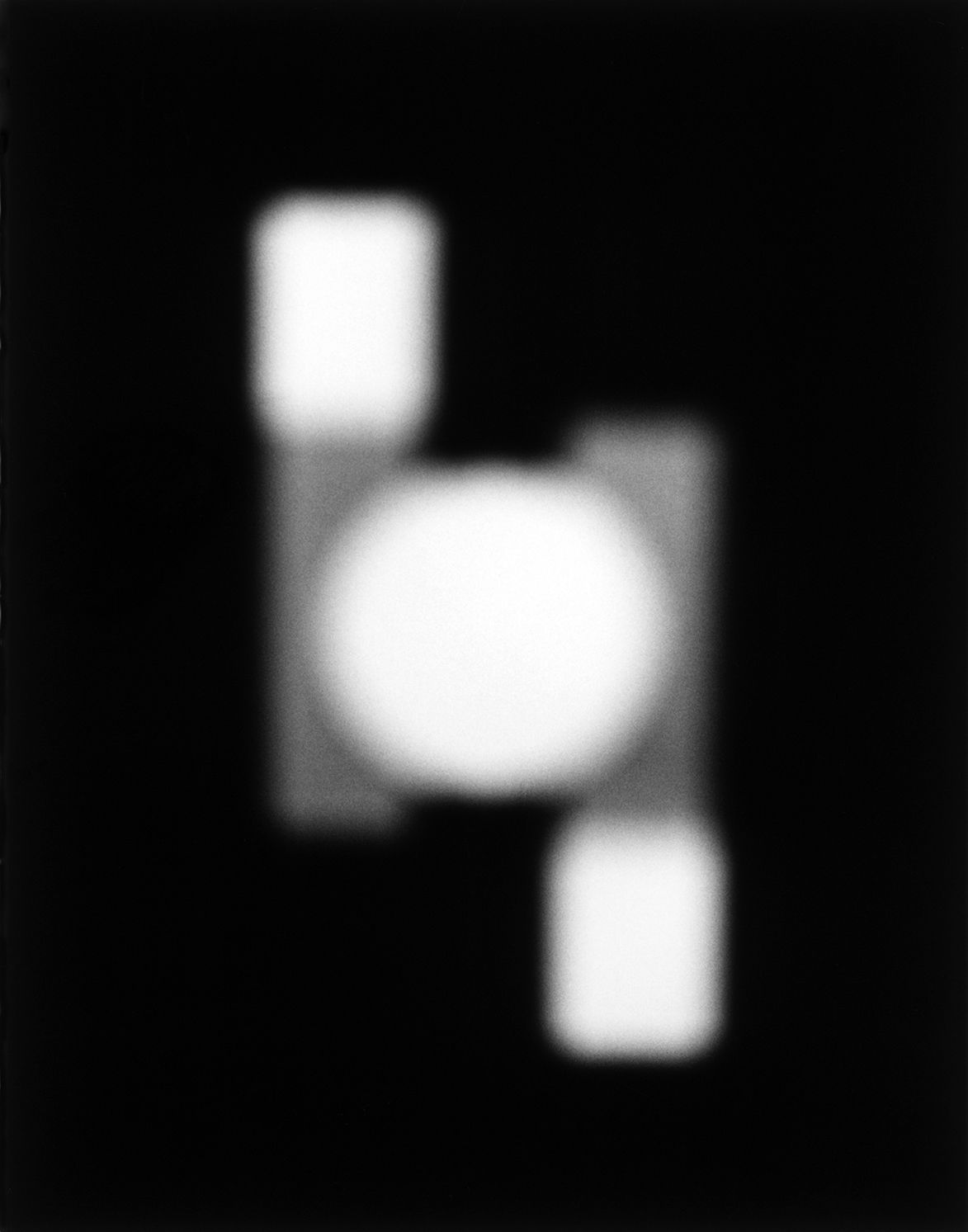 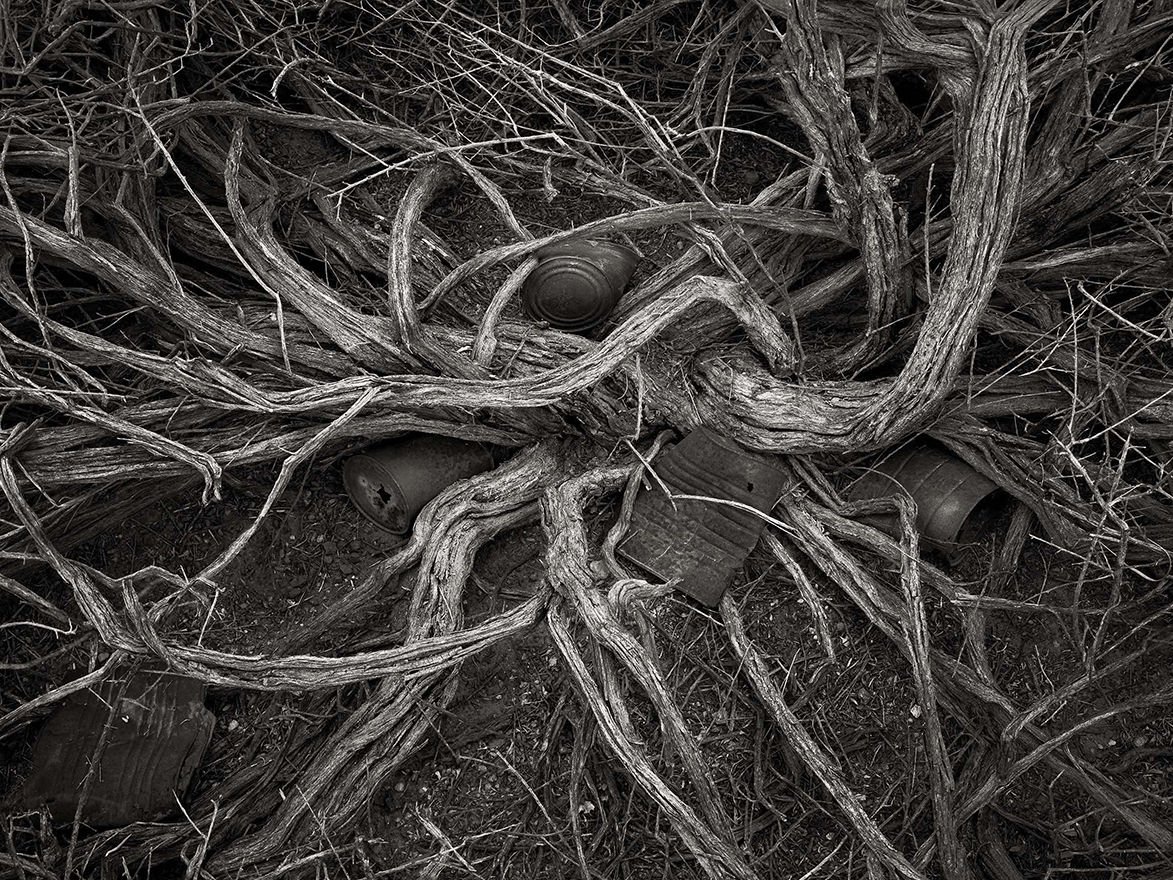 Most professional photographers love seeing their images big, but Jan Pietrzak is going in a different direction. Long an aficionado of the large-format view camera, he is now using smaller cameras and making much smaller pictures. His new prints (none of them larger than 6 by 17 centimeters) are on view with works by Kirk Gittings and Philip Augustin in Three Visions From the Darkroom, opening Friday, Jan. 26, at Santa Fe University of Art & Design’s Marion Center for Photographic Arts.

The three photographers were selected by Tony O’Brien, chairman of the university’s photography department, because they’ve all been involved there: Gittings has taught at SFUAD for several years, and Pietrzak and Augustin have worked with the photography students. “I knew their work and how different it was, so I thought it would be great for the students,” O’Brien said. “All of the work was shot on film. Jan is doing straight platinum prints; Kirk is shooting 4x5, scanning the negatives, and doing digital prints; and Philip is doing silver gelatin prints. So it sort of runs the gamut. You really have a sense of photography and its roots and what you can do with it.

“The other piece to it is to have really wonderful work up on the walls. One of the great things here is that students have worked in alternative processes and film along with digital. They see this work every day, and we incorporate it into classes. They’ll do critiques on the work they like or don’t like. It is also a teaching gallery.”

Three Visions is an expanded version of an exhibition of black-and-white prints that the three photographers had last summer at the Paul Paletti Gallery in Louisville, Kentucky. The works include vibrant views of the Southwestern landscape, human detritus, and abstractions — the boldly geometric images by Augustin are reminiscent of the photograms of Man Ray and László Moholy-Nagy. “I saw the work when he first started doing it; he had branched off with these creative processes, and to watch it evolve over the past few years has been wonderful,” O’Brien said. “As in the work of Kirk and Jan, it’s the idea of spending the time and letting things evolve.”

Pietrzak remembers making his first photographs in 1956 with a Brownie Hawkeye camera. As an adult, he spent years working with the Polaroid process and then began using sheet film in view cameras. Before the most recent series, he used the negatives from those big cameras to make contact prints, which are produced by placing the negative image directly on photosensitive paper and exposing it to light. “I feel the larger camera causes me to consider each photograph very carefully,” he said in an artist statement, “and since it is not possible to manipulate the image in the darkroom through enlargement or other traditional techniques, each image needs to be complete at the moment it is exposed.”

With contact printing, the size of the negative is the same as the size of the finished print. Pietrzak now exults in the quite small contact prints he gets using his Da Yi and Holga cameras. “I still have my view cameras, including an 11x14. But all of a sudden, I started seeing this way,” he said. The small prints in the current show “draw you in from across the room and create an intimacy,” he said. The elements of his process can be described as photography pure and unfettered. Every print in the show is a full-frame, contact-printed platinum/palladium print and was created with no image-altering darkroom techniques such as burning or dodging. His fondness for platinum/palladium rather than standard gelatin silver printing relates to his background in printmaking. “I like the tactile, hands-on process.”

His subjects include landscapes and views of the Cañoncito church and the roadside sign along I-25 at Glorieta informing travelers that they are near the site of a decisive Civil War battle. “As you can see,” he said while he and the others were installing the exhibition on Jan. 19, “sky is not a major thing for me. For a long time I was in Southern California photographing in places like the Salton Sea and Death Valley, and you can’t buy a cloud — it was mostly bald skies.” The absence of sky is a curious element once you notice it, but these images are no less compelling without that referent.

Perceptual guidelines are more profoundly absent in Augustin’s work in the show. But these abstractions, often prioritizing pure white and deep black, were only arrived at after he worked for decades in large-format landscape photography. One project portrayed winter in Yellowstone National Park. “I spent seven winters there using a 5x7 view camera. But I was focusing more and more on abstraction, looking at shadows on the snow and such things,” he said. “Then I moved down here 11 years ago, thinking I was was still going to do landscape photography, but the shadows on adobe walls really caught my eye and I built on that abstraction. People were still saying, ‘What is it? Where’d you do that?’ but that’s not what the work was about; it was about the shapes and the forms and the light.”

Augustin’s first process was to go radically unfocused, using a close-up filter and photographing architectural details from fifty feet away. He soon realized he wanted more control, so he moved his entire process into the studio. “What’s important to me is that the process shows through, so when you look at them closely you can see the film grain.” Another way of unfocusing the image would be to shoot a subject in focus and then blur the printed image with the enlarger — but then all parts of the print, including the film grain, would be blurry.

“All of the work in this show was done in the studio. When I showed the images to curators and gallerists, they thought they were photograms, and I ultimately started adding photograms to the images.” In one of the Three Visions prints, a disk and a bar are revealed as photograms by their sharp outline, whereas an adjacent, blurred diamond shape was projected with an enlarger.

Are these compositions previsualized or developed as he goes along? “Both,” Augustin responded. “Most of these start off with a concept, then they evolve organically.”

The large prints by Gittings were made along a famous old highway. “This project has been going on my whole life, because I’ve always lived along Route 66,” he said. “But when I was teaching in Chicago at the Art Institute and driving back and forth, it dawned on me one day how much of my life has been spent on Route 66, so I more consciously started on this project about 20 years ago.” Among his interesting and meticulously produced images are an old car out on the landscape near Petrified Forest National Park; a jumble of old, rusted tin cans (that is, historic Route 66 litter); and an aged poster for an Indian punk band. “That was west of Thoreau at an old abandoned gas station. I watched that poster deteriorate for years.”

Gittings talked about the importance of “the right light” in his photographs, and he sometimes augments the natural scene, achieving dramatic dark skies and bright white clouds through the use of photographic filters. A No. 15 orange filter was a favorite for a long time. While he shoots film, he scans the negatives to print digitally. “For one thing, I can dodge and burn on a microscopic level with far more control. And with Photoshop I can make unprintable negatives printable.” One of those in the show depicts a placid water surface in a stock tank, but the negative had a big scratch in the middle of it: a practically impossible blemish to fix by means of traditional print retouching.

In another Three Visions photo, Gittings coaxed drama from a detail shot of old roots. That was done, he explained, “by using expanded development and judicious dodging of the highlights.” Variable development, employed to reduce or expand contrast in a scene, was most popular in the days when sheet film and view cameras were common. “But I still think there’s something to be said for the tonalities that you get, which I’ve been fond of for a long time. And about 15 years ago I switched over to pyro developers. Rather than intensifying and darkening the grains of silver, it’s a stain that replaces the silver and that can give you smoother tonality gradations, and it minimizes grain. All artists have techniques that they think are magic — that give you energy to do what you do. And to me, pyro is magic.”

Three Visions From the Darkroom is the final curated photography show at the university, which closes in May. “This is the last exhibition of this type and magnitude,” O’Brien lamented. “I’m thinking of having a thesis show at the end of the semester and also a small alumni show with Chris Nail [the darkroom manager at the College of Santa Fe from 2006 to 2010 and a SFUAD faculty member from 2010 to 2017] in April to say farewell.”

Three Visions From the Darkroom

"I feel the larger camera causes me to consider each photograph very carefully. … Each image needs to be complete at the moment it is exposed." — Jan Pietrzak

"All artists have techniques that they think are magic — that give you energy to do what you do. And to me, pyro is magic." — Kirk Gittings

"The shadows on adobe walls really caught my eye and I built on that abstraction." — Philip Augustin