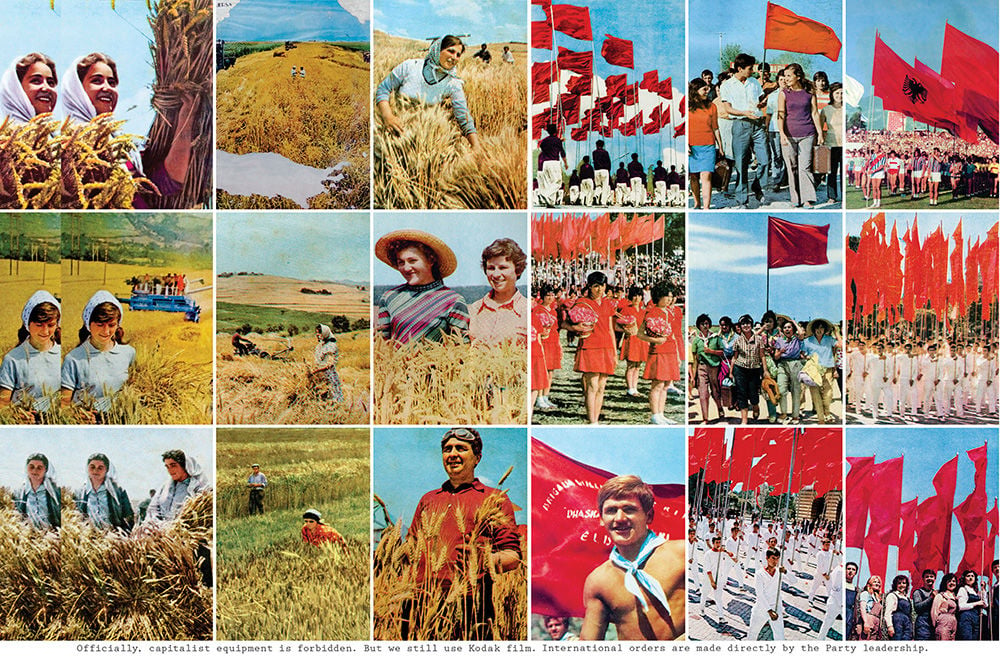 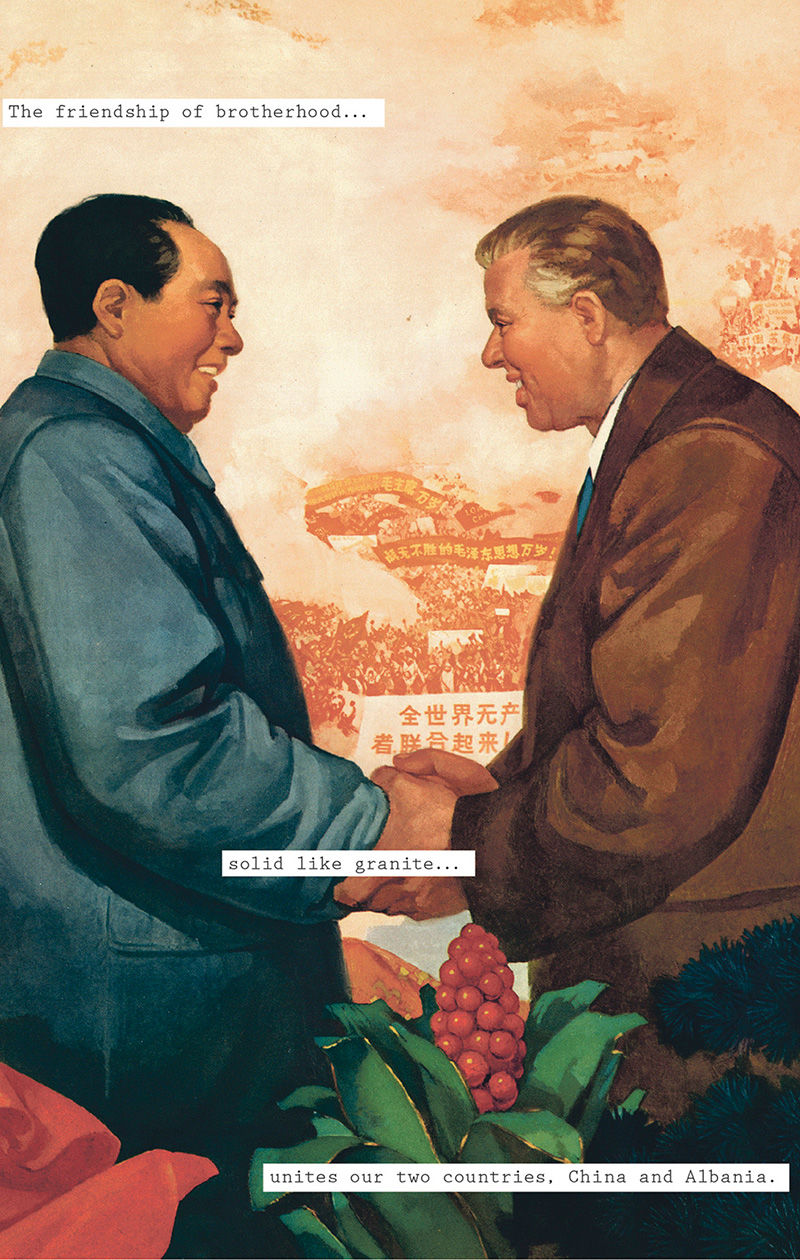 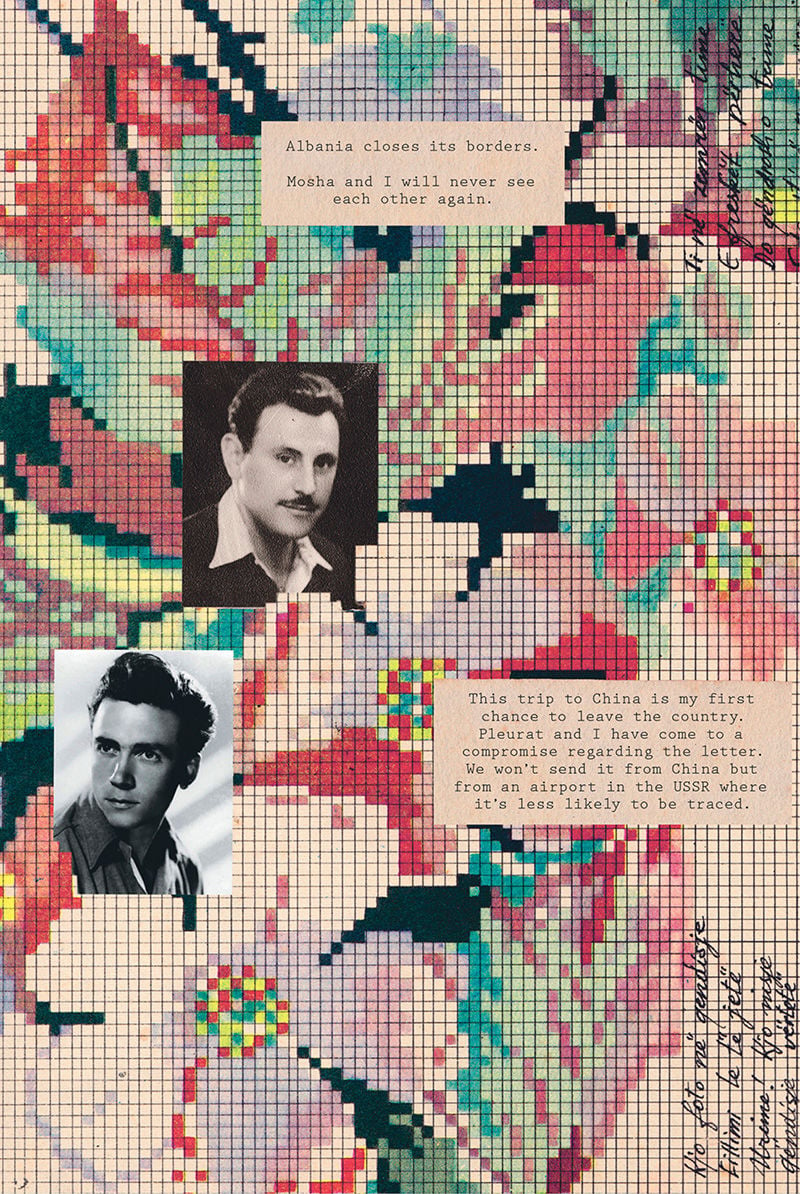 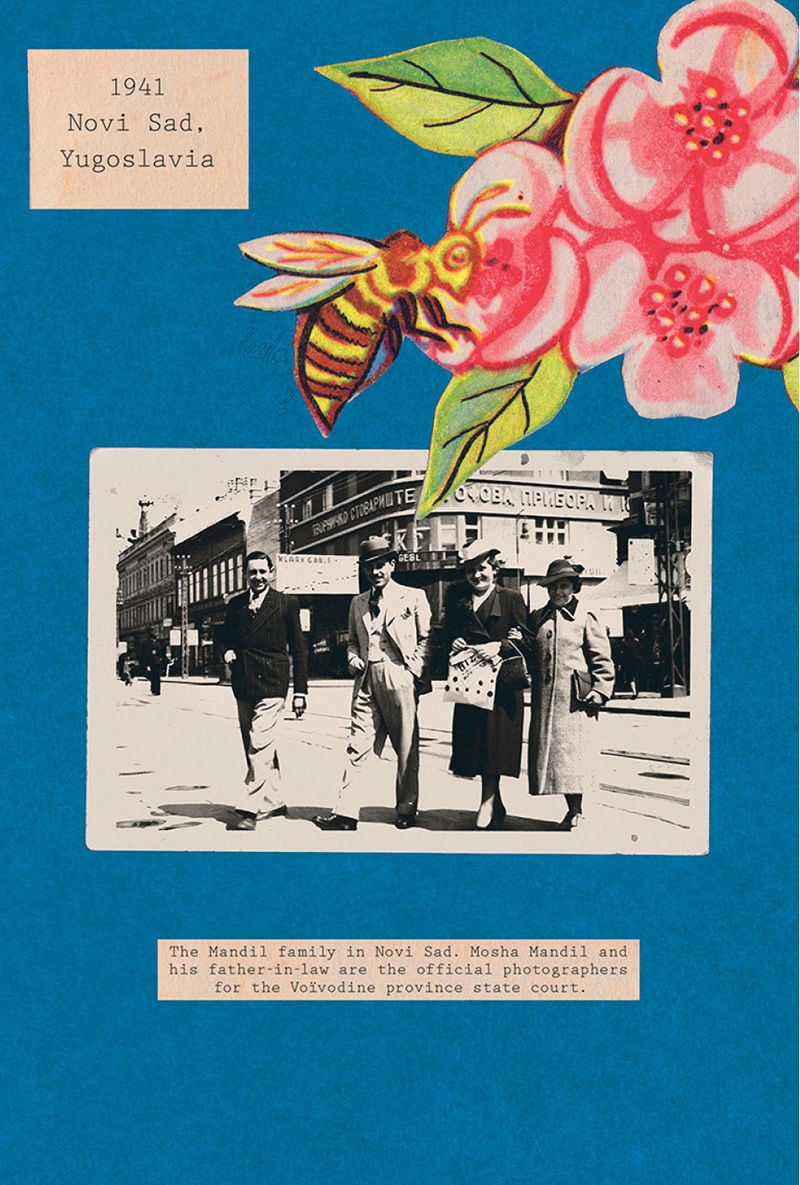 For those of us in North America at least, the ’60s propaganda photos of Eastern Bloc and Asian Communist countries live on as visual kitsch, more likely to inspire ironic T-shirts, hipster bars, or “Borat” than they are to make us think of the actual people in those bodies — beaming in front of newly created grain silos and factories, or smiling as they clutch a Kalashnikov on some mountainous trail. For her latest project, French writer and artist Anouck Durand takes these photos seriously, investigating the lives lived behind the forced grins. Her visual narrative, Eternal Friendship (Siglio Press), reassembles those forgotten images into something that reads like part epistolary novella and part historical diorama.

Durand’s departure point seems random — the “eternal friendship” between Albania and China that lasted just short of a decade in the late 1960s and early ’70s and was borne out of the Sino-Soviet breakdown and Albania’s inglorious dismissal as a client state of Yugoslavia. “It should be said that China has few friends these days. And Albania many enemies,” bemoans one of the book’s main characters.

The artist’s method is out of left field as well. Using propaganda photographs and an imagined dialogue based on real events, she essentially creates a found narrative about the real friendship between two men of Jewish and Muslim faiths that endured their countries’ occupations by Nazis and Communists. Far from beautiful, the photographs, placed together, quickly take on the everyday feel of a family’s scrapbook or history reel. This is part of the book’s reserved but nonetheless madcap narrative strategy.

The story begins in Albania during World War II, when the country was occupied by the Nazis. Refik Veseli and his Muslim family agree to hide his friend and fellow photography enthusiast Mosha Mandil, along with his family, who are Jewish. The Mandils’ young children are passed off as as Refik’s younger brother and sister. (There is an age gap of a couple decades between the two men.)

After the war, the Mandils seek a new life in Israel, but Refik remains in Albania, where the Iron Curtain ensures that he will never see the Mandils again. Even his letters to the Mandils will be “translated”— that is to say, censored and rewritten, often to the point of incoherence — by Albanian officials suspicious of correspondence sent to a country not recognized by their government.

With this dramatic backdrop, the story picks up traction in 1970 when Refik travels to China as an attaché alongside the Albanian Communist elite. His trip is proof of the high regard in which the government holds his photography. Nevertheless, Refik remains suspect. His biography contains what the Albanians call njollë — “A stain on your biography follows you your entire life. A record of every detail is kept on microfilm at the central Archives.” Refik’s stain is not only his previous private ownership of a photography studio but his stubborn insistence on holding on to his photo plates, instead of turning them over to the state.

Though Refik is part of the photo pool accompanying Albanian dictator Enver Hoxha on his momentous meeting with Chairman Mao, the real drama lies in the photographer’s rare opportunity to see the world outside Albania. The trip abroad also provides the only chance he has of sending an uncensored letter to Mosha in Israel.

A subplot involves the Chinese attempting to train Refik and other Albanian photographers in the highly painstaking “tri-color” Communist process of coloring black-and-white photographs, eschewing the widely available but “imperialist” Kodak color film. (Several of the photos in this book are tri-color, which, in retrospect, looks like a sepia for surrealists.)

In China, the Albanians encounter a country in the midst of the Cultural Revolution’s bloody purges. Even as fellow Communist allies they cannot bring themselves to mention the Red Guard or any the repression they witness. They can only quietly take note of Chinese diplomats in their welcoming party who say one wrong word and are gone the next day, never to be mentioned again.

Originally written in French and celebrated in Europe, the book conveys a sense of the shared suffering under a regime that thrives on the silence of its subjects. Refik’s superiors instruct him to say nothing about China when he returns to his family in Albania, and he is surprised that the request had to be verbalized at all. He muses, “We would never have come to hold the positions we have were silence not already the golden rule.”

Eternal Friendship by Anouck Durand, translated by Elizabeth Zuba and with an introduction by Eliot Weinberger, is published by Siglio Press.

Using propaganda photographs and an imagined dialogue based on real events, Eternal Friendship essentially creates a found narrative about the real friendship between two men of Jewish and Muslim faiths that endured their countries’ occupations by Nazis and Communists.