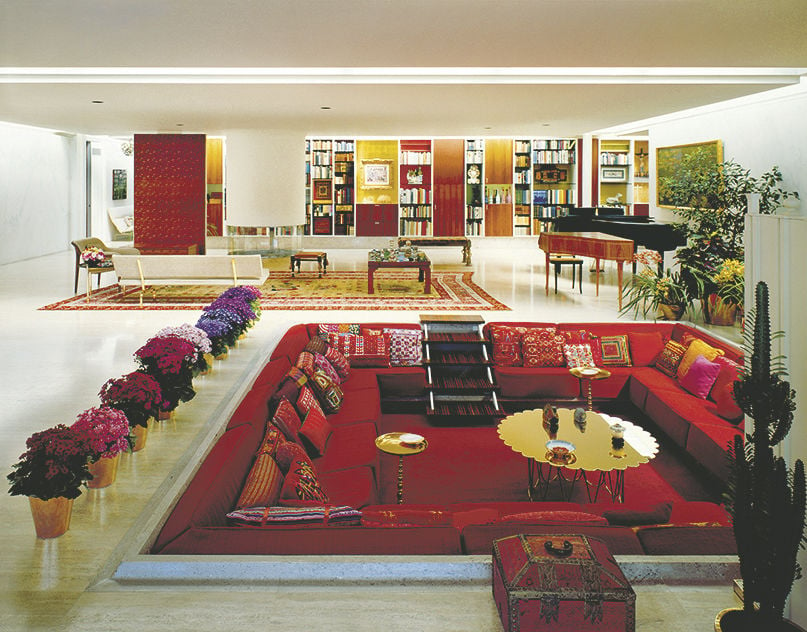 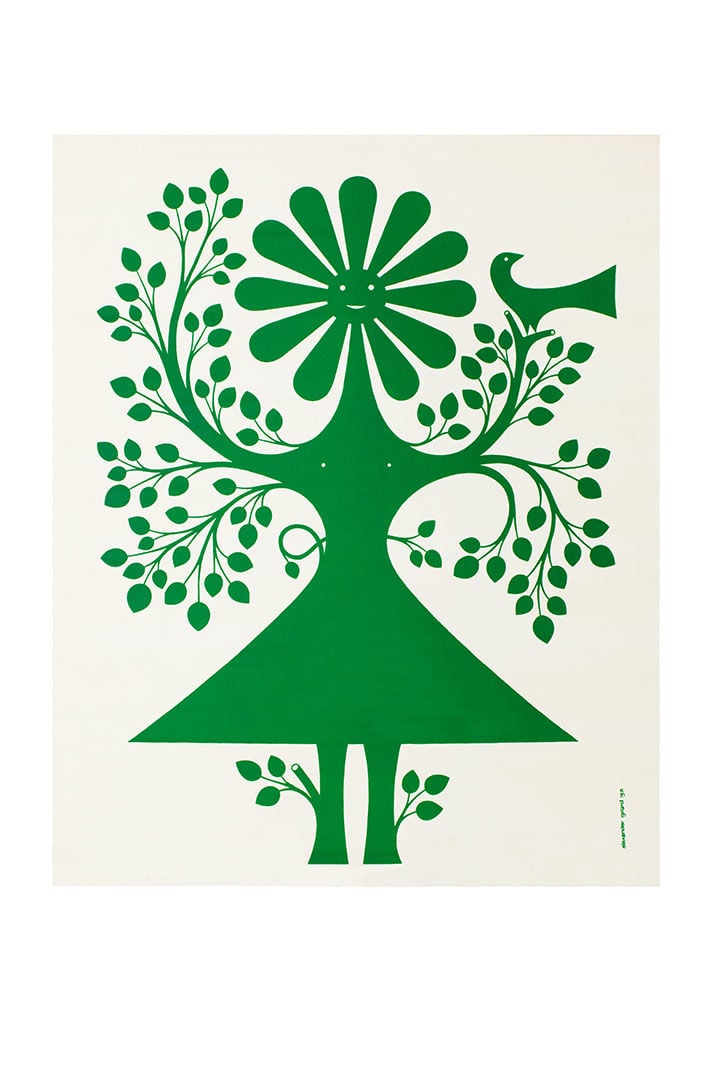 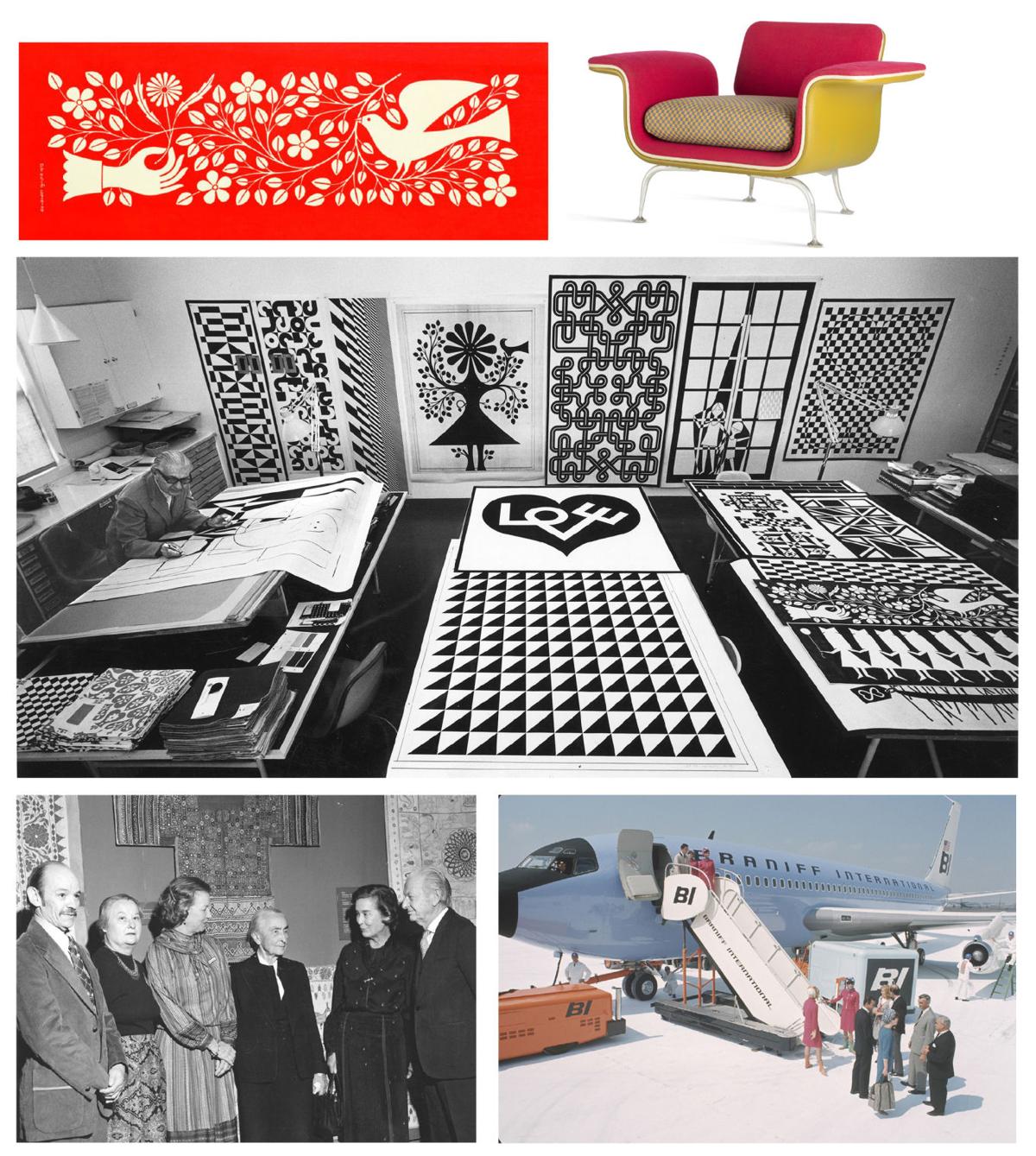 At around age ten, Alexander Girard created the Republic of Fife. The imaginary country, part of a larger empire called Celestia, was a whimsical universe complete with its own currency and coins, stamps, flags, and games. Girard devised the republic’s secret languages to communicate with his parents, brother Giancarlo, and sister Lezlie. The heyday of Fife ran from 1917 to 1924, while Girard was a boarder at the Bedford Modern School in England. It was the first world the fledgling designer built, but it would not be his last.

The world in a wing: The restoration of Alexander Girard's "Multiple Visions"

To accompany the run of Alexander Girard: A Designer’s Universe, the Museum of International Folk Art (MoIFA) has begun an extensive restoration and cleaning of the objects in its Alexander Girard Wing. By the end of the three-to-five-year process, the approximately 10,000 pieces on view in the beloved long-term exhibition Multiple Visions: A Common Bond will be tagged and catalogued for a digital guide to the show.

Four examples from Alexander Girard: A Designer’s Universe give a sense of the versatility — and yet the sustained vision — of Girard’s designs.

In the exhibition catalogue’s foreword, Vitra director Mateo Kries writes that Girard’s design hallmarks are “joy, a lust for life, and the celebration of the everyday, something that would transform him into one of the most important — and perhaps decisive — figures of twentieth-century design.” The vibrant textiles, furniture, tableware, and sketches on display draw from the designer’s estate, which was donated to Vitra in 1996, three years after Girard’s death. But the creative home of much of the work on display is Santa Fe, where the designer lived and worked from 1953 to 1993.

“He has not received the recognition that a lot of his peers have,” said Laura Addison, the curator of North American and European folk art at MoIFA. She was comparing Girard’s profile to that of his more famous contemporaries, fellow designers Charles and Ray Eames and architect Eero Saarinen, who frequently collaborated with Girard on projects. In the Santa Fe art world, however — and especially at MoIFA — Girard is considered to be something of a patron saint, having donated the vast majority of his folk art collection to the museum in 1978. He also created the museum’s long-term exhibition Multiple Visions: A Common Bond. In that show, which debuted in the Girard Wing of the museum in 1982, the designer used approximately 10,000 toys and folk art figures to constitute various separate worlds and villages.

Girard was born in New York City in 1907 and raised in Florence, Italy, by a French-Italian father and a mother from Boston. After he left boarding school, he attended the Royal Institute of British Architects and the Royal School of Architecture in Rome. He briefly set up shop as an interior architect in New York before settling in Detroit in 1937, first working for the interior design company Thomas A. Esling. After designing a cafeteria for the radio manufacturer Detrola in 1943, he was commissioned to create radio models. He opened a design shop in 1945, where he sold toy and decorative figures he created from plywood.

The designer’s profile skyrocketed in 1952 when he was made director of textiles — a position that hadn’t existed before — at noted furniture manufacturer Herman Miller, based in Michigan. Herman Miller became a giant of American midcentury design, creating such iconic products as the Aeron chair, the Noguchi table, and the Eames Lounge Chair. Girard was there every step of the way for the rise of the Herman Miller aesthetic, designing more than 300 fabrics over two decades for the company.

His relationships with Saarinen and the Eameses were productive. “I think that they fed each other’s creativity a lot,” Addison said. “He was very collaborative with the Eameses and Saarinen. They all looked to folk art also, just like he did. [Herman Miller design director] George Nelson collected kokeshi dolls from Japan. The Eameses also collected folk art.” Girard’s patterns, motifs, and colors all evidence the inspiration he found in folk art, but his aesthetic is inimitably his own.

“He processed things, he digested things,” Addison said. “He always made it his own visual language. Like, the tree of life — you see that in a lot of cultures around the world. He did his own trees of life. They just look very Girard.”

The scope of Girard’s restless designer’s mind is the most fascinating aspect of the traveling exhibition, which showcases his meticulous presentations and planning for even the tiniest details of a project, as well as the ways in which he deployed his innate sense of fun. Take his design of the New York City restaurant La Fonda del Sol, which opened in 1960 in the Time & Life Building. There, he was responsible for both the big picture and the minutiae, from the wall decorations and cutlery to the menu typeface and packaging for sugar cubes.

At the Compound Restaurant on Canyon Road, which he designed as Santa Fe’s first fine dining destination in 1966, his whimsical motifs remain — from the International Love Heart at the entrance to the restaurant (which showcases his lifelong fascination with typography and multiple dialects) to the Navajo textile-wrapped acoustic ceiling tiles. The bar features a Girard-designed conversation pit. It’s a furniture arrangement Girard made famous in a widely featured 1953 collaboration with Saarinen on the groovy living room for the modernist Miller House in Columbus, Indiana. An ornately calligraphed quote from Santa Fe poet Witter Bynner (1881-1968), Girard’s signature sun and moon metal wall decorations, and a hand-painted rainbow all adorn the otherwise stark white walls of the restaurant’s dining rooms. Collectors are mad for even the tiniest examples of Girard’s design work: A vintage matchbook from the Compound, featuring the restaurant’s mod logo, is selling for $114 on Etsy.

“He would often kind of quote himself and return to the same motifs,” Addison said. Through the course of A Designer’s Universe, viewers gain familiarity — and perhaps even experience nostalgia — for Girard’s signature style, which is everywhere from the Republic of Fife’s coins to the swinging-’60s typeface, logos, and color-coordinated scheme he created for Braniff International Airways in 1965.

The experience of traveling back and forth between A Designer’s Universe and Multiple Visions at MoIFA allows viewers to see the tight symbiotic relationship between Girard’s folk art collecting and his far-ranging creative mind. Vitra curator Jochen Eisenbrand writes, “In folk art he recognized a universal need deeply rooted in human nature, as well as an ability to make daily life more beautiful and worth living by means of creative design — and all as if it were the simplest thing in the world.” ◀

2-4 p.m.: Refreshments with Girard’s favorite midcentury music and a hands-on art activity for all ages, inspired by Girard’s designs