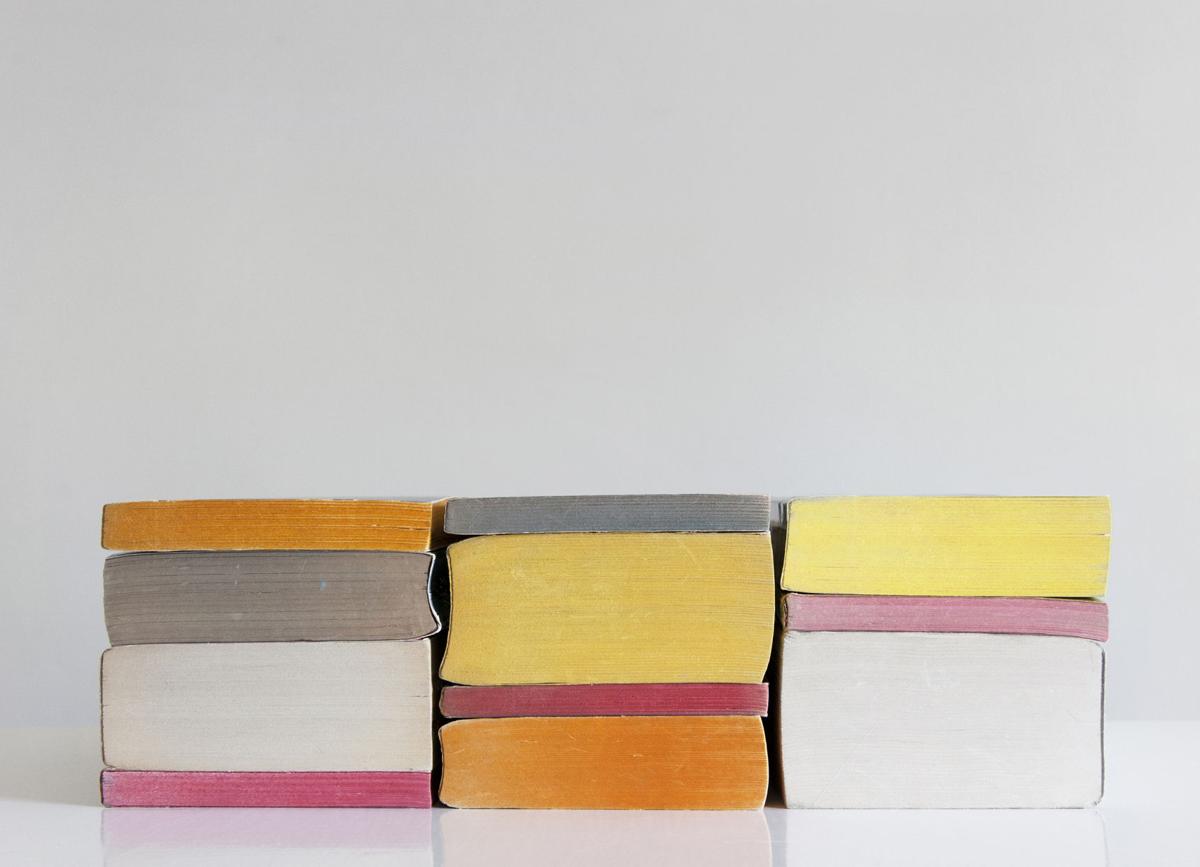 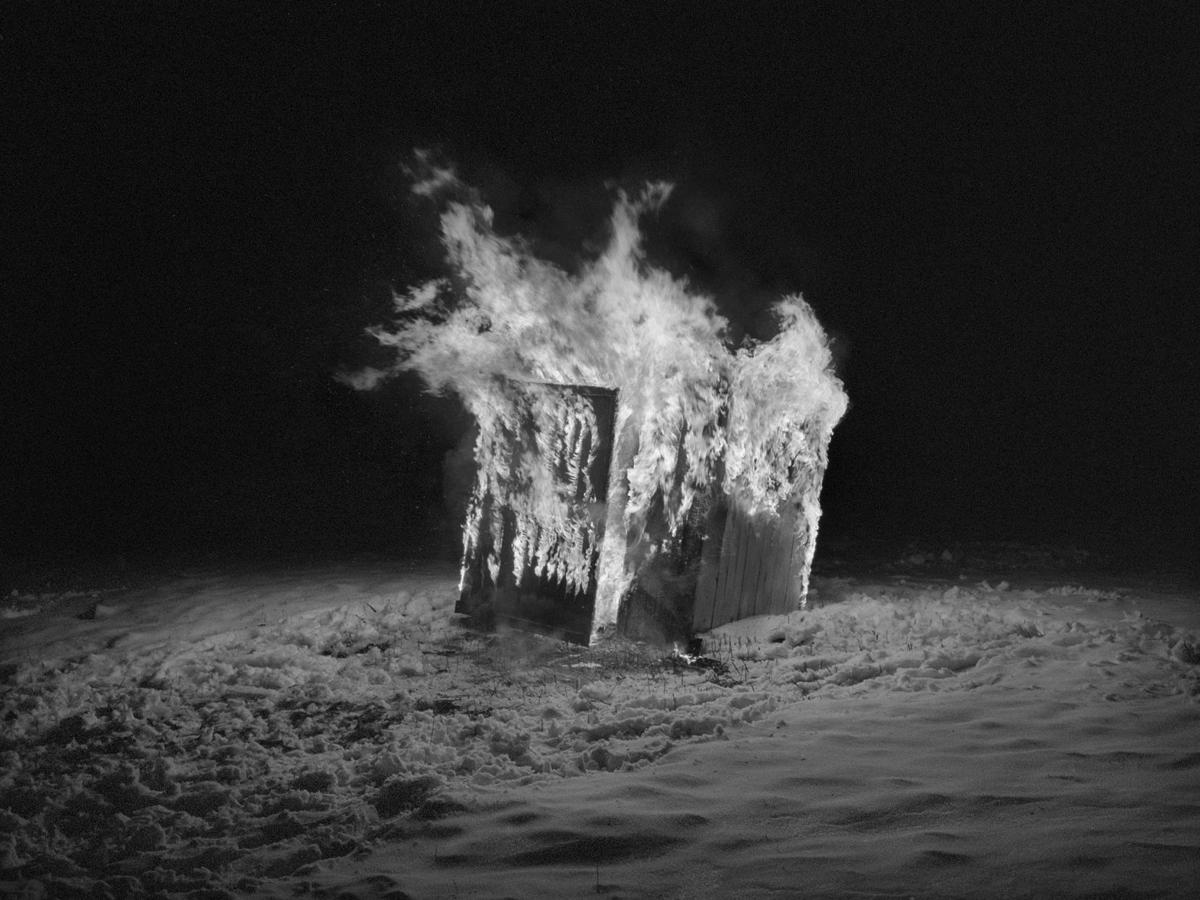 Dylan Hausthor, I Live at the End of This Road (2017), archival inkjet print 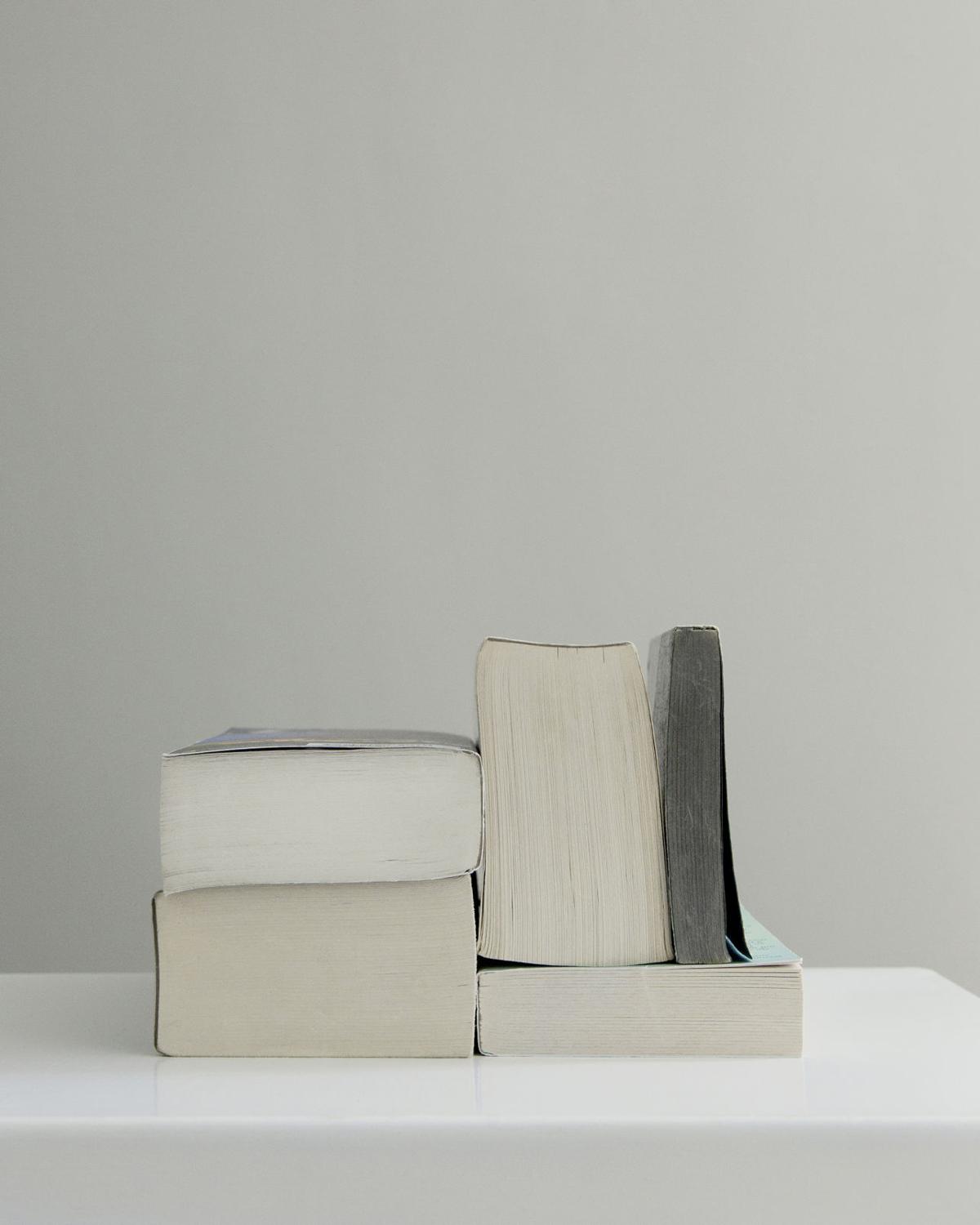 Dylan Hausthor, I Live at the End of This Road (2017), archival inkjet print

From a certain distance, you might not know that you’re looking at a photograph. The alternating bands of color — two white and two bright red — look almost like a Color Field painting by Mark Rothko or perhaps Paul Kremer. The image of a small stack of books, laid flat atop one another so the viewer sees only the colored edges of the closed pages, is titled Summer Reading #10 (2019). But there’s more suggested in that title than what the books — their covers and spines hidden from view — reveal. “Summer Reading is just a hint at what the content is,” says photographer Mary Ellen Bartley. “You know there’s a lot in there, but I sort of frustrate the viewer because you can’t really see it.”

Bartley, who lives in New York, is one of 10 photographers represented in the exhibition 2020 Vision at Albuquerque’s Richard Levy Gallery (through March 6). She has built her career on photographing books. A selection from her recent series Reading in Color is being shown at the gallery for the first time, alongside photographs by established and emerging photographers, including Daniel Ballesteros, William Betts, Manjari Sharma, and Shoshannah White. The show presents a diverse array of subject matter and ways of working with contemporary photography. Two photographers exemplify the medium’s versatility. One is Bartley, whose color photographs are essentially still lifes, and the other is Dylan Hausthor, who takes a more narrative approach in his black-and-white photography.

Each image from Reading in Color shows an arrangement of stacked books with a similar orientation. On the whole, the series is not about the books’ content, but about books as objects. “I’m always thinking more about painting and sculpture than photography in terms of what inspires me,” Bartley says.

Before starting the series, Bartley collected a number of pulp-fiction paperbacks with a variety of colored edges: turquoise, olive green, magenta, purple, orange, and some off-white, yellowed with age. “I had done an earlier series of paperbacks where I discovered this incredible palette of whites that was very subtle and beautiful,” she says. “The pulp-fiction ones are sort of the opposite. Some of them are very faded, but a lot of the colors are very saturated and bright.”

Rendered is a term she often uses to describe making the photographs. “They’re so happy, you know? The colors are very candy-like and summery.” She likens the alternating bands of color in the stacks to the layers of a cake. Making a body of work around the book as a sculptural object prompts the viewer to consider the subject on stark terms. Rather than being a source of text, the book is a slab, a mere element of a larger composition.

This way of presenting the anonymous book is one of two primary concerns driving Bartley’s photographs. The other is more intimate and revealing. Her past projects included forays into the private libraries of artists, including experimental theater director and playwright Robert Wilson and abstract expressionist painter Jackson Pollock. “That’s much more about the relationship of the owner to the book, speculating how a book may have influenced someone, and finding history, in a non-linear way, about the artist. So many artists, so many people who are visual, are bibliophiles.” In those bodies of work, some content is revealed — but often only partially, referencing the artists’ personas in enigmatic or oblique ways.

As though he was making the point for her, photographer Hausthor, who also hails from the East Coast, professes a deep interest in the short stories and novels of Annie Proulx, author of The Shipping News. “I think something she does amazingly well is tell fictional stories,” he says. “But I feel like there’s no way that she doesn’t know every one of those characters in real life.”

Hausthor has two works in the show, I Live at the End of This Road (2017) and Axe (2018). Each image presents contrasting imagery. In the first, a small barn, engulfed by flames, burns at night amid ice and snow. In Axe, the titular object splashes into a body of water, in a violent meeting between solid and liquid, the latter being an element against which the axe blade leaves no permanent impression, no matter how sharp. Such dramatic moments create a narrative sense and a certain tension.

Hausthor is invested in exploring the stories that unfold in places that are off the beaten track. “I’m super interested in the structures and clichés of storytelling and how narratives work,” he says. “I think a lot about the differences between fiction and journalism, honestly, and how those two different ways of telling stories either teach or emote. I’m interested in things in between that.”

Photography, which is traditionally grounded in documentation, is ideal for exploring this “in between” — which, as he explains it, is the place where truth and fiction overlap. “I’m interested in alternative facts and how those can be used to an artist’s advantage.”

A graduate student at the Yale School of Art, Hausthor divides his time between his own photography and working as a photographer for small-town newspapers. Before starting graduate school in 2019, he spent two years living on Peaks Island, off the coast of Portland, Maine. Hausthor moved to the island with a group of friends, rented a large house, and suffered through two long winters with an inefficient wood-burning stove as the only source of heat. But he immersed himself in his work. “It was a very informative place for me, artistically,” he says. “I grew up in rural farmland in Vermont. I’m much more excited about the sort of stories I hear in places like that. On Peaks Island, the community is super tight. You know everybody and you hear everybody else’s gossip.”

I Live at the End of This Road is such a story, or an aspect of one, anyway. The image is taken from a still from a 20-minute documentary by the same title that Hausthor made about a goat farmer in southern Vermont.

Next to the photographs by Shoshannah White — who is showing 11 mixed media photographs from the series Svalbard, Iceberg (2015-2018) — Hausthor’s work provides a counterpoint. White’s images are luminous photographs of ice and water that emphasize the ephemeral beauty of a fragile ecosystem threatened by climate change. Hausthor’s work, by contrast, reflects moments of heightened tension, of drama unfolding. And whether his subject is burning barns, abandoned wooden shacks in the forest, or the earth-laden roots of an upturned tree, a mournful tone pervades his work, as though it is an elegy for times and places slipping from memory, fading from view. ◀