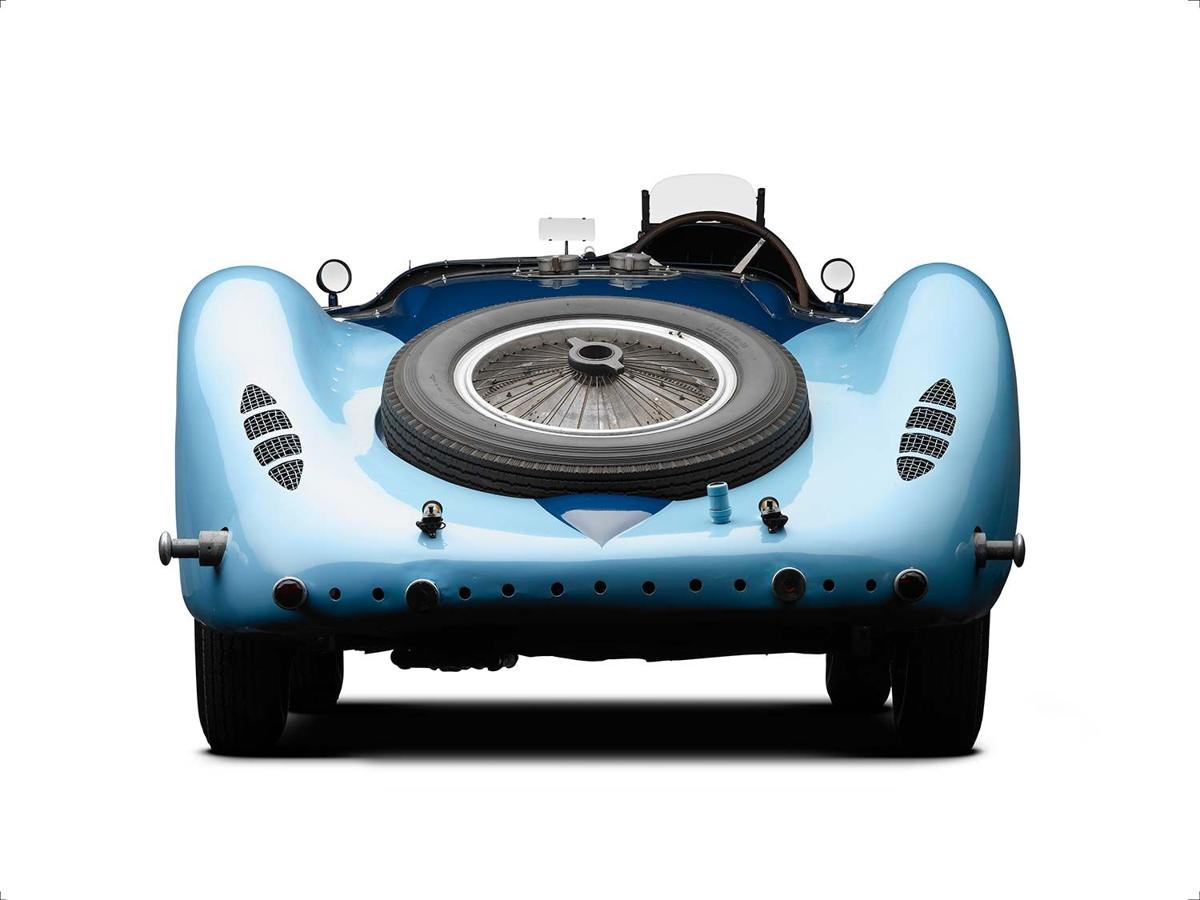 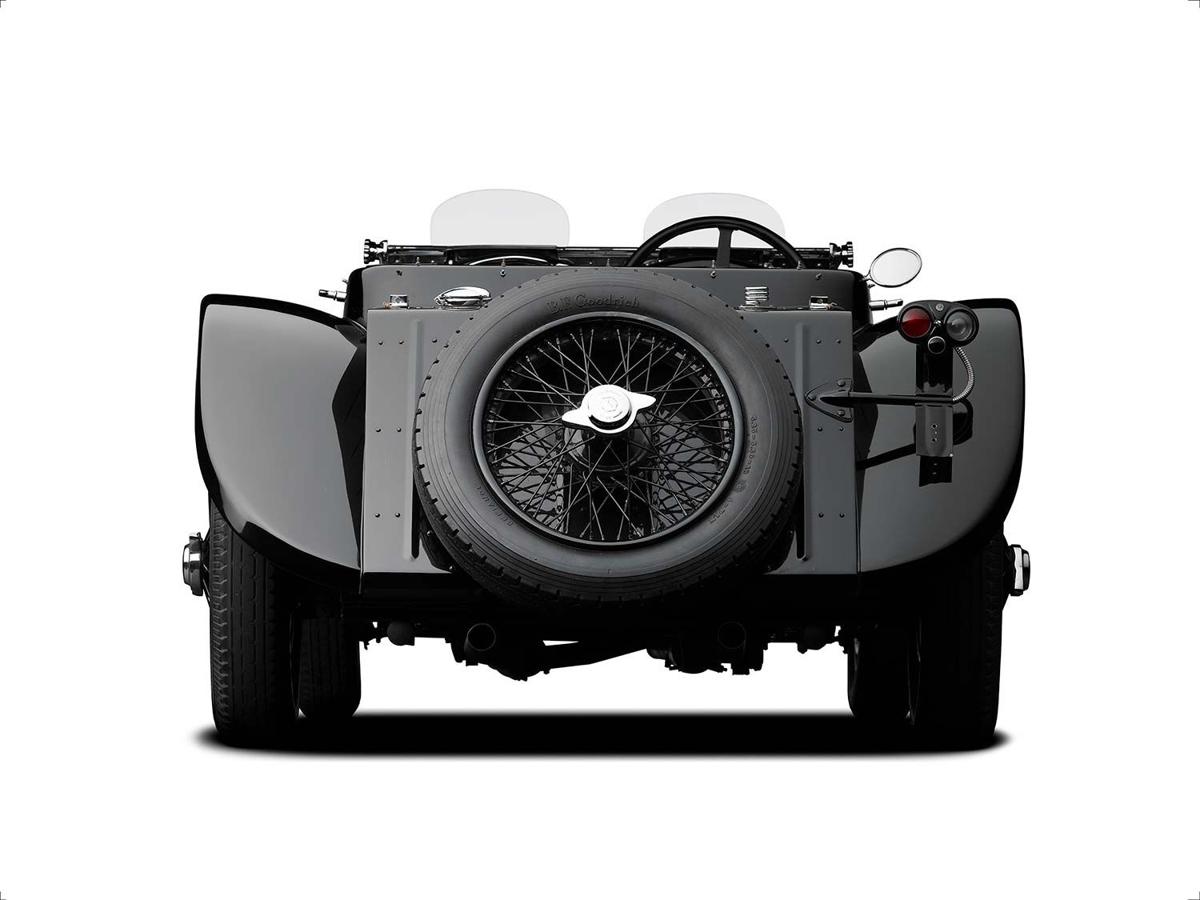 It isn’t just the photogenic nature of classic cars that drew Michael Furman to the field of photography. Give him a paper clip and a piece of paper, he says, and he’s fine photographing that.

“I would gaze out the window in junior high school, watching the light play on the leaves on the trees rather than paying attention in class,” says Furman, who built a career photographing cars. Whether it’s a souped-up hot rod, a classic model from the early 20th century, or a custom job, a beautifully designed car interacts with light in ways that emphasize its striking contours, sleek profiles, and sexy curves.

“Looking at light in the room that I was in — seeing how the shadows fall and the different qualities of the light — was what got me through school.”

Although Furman, who lives in Philadelphia, spent much of his 40-plus-year career in commercial photography, he’s best known for his fine art studio shots of automobiles. In a way, the cars serve as a medium and subject simultaneously. So does the light. He’s been in love with cars ever since encountering a 1963 Corvette split window coupe when he was a boy. Turns out the split window coupe is among the most prized Corvettes today.

“I’m not as knowledgeable as one might think about horsepower, how engines work, all the different models, nomenclature, and things of that nature,” says Furman, who’s in his 60s. “But when it comes to looking at a car and assessing its aesthetics, its proportions, the shapes of things, and how things look from a graphic point of view, that’s what I do.”

Badass, an exhibit of 12 of Furman’s 3-by-4-foot photographs, opens Friday, Sept. 17, at Patina Gallery. The show is in conjunction with the recent publication of Furman’s book Badass (Coachbuilt Press, 256 pages, $85), which, as the title suggests, traces the evolution of automobile derrières. The book, co-authored by Bruce Meyer and John Nikas, features Furman’s stunning photography, which showcases an unheralded aspect of the car. Most car portraits focus on the front end, which is the subject of Furman’s previous book, The Face of Change (2019), or side views. But the rear end has a function and can be every bit as aesthetically pleasing as the rest of the car.

I’m not as knowledgeable as one might think about horsepower ... and things of that nature. But when it comes to looking at a car and assessing its aesthetics, its proportions, the shapes of things, and how things look from a graphic point of view, that’s what I do.

The automobiles featured aren’t Toyota Camrys or Honda Civics, but stellar examples of the most unique and celebrated vehicles the industry has to offer. And Furman shows them to great effect, from the curvilinear rear quarter panels of a 1960 Corvette Le Mans, with circle-shaped signal lights and tail lights that match the shape of its sideview mirror, to a slightly sinister orange-and-black 1936 Peugeot Darl’Mat 402 Coupe. That, and a scallop-booted 1936 Ford Roadster that almost looks like it’s made of hammered pewter, are among the oldest of the cars featured in the exhibit. The most recent: a 2015 McLaren P1, a concept sports model with a low-slung chassis and a curving spoiler.

It’s not just the striking beauty of these vehicles that catches the eye, but the variety and changes over time. Later models may still exhibit sexy contours, like their 1930s predecessors, but cars grew less overtly curvaceous and more linear.

Surprisingly, Furman doesn’t have a car collection of his own. But he does have a collection of steel and titanium custom Spectrum bicycles. And his prize bike is a Cinelli Laser Track, built for setting world records for distance.

“When the right person is on a bike you can see and feel this strong, synergistic relationship between human and machine,” he says. “The same with cars. When driven, the way that a car performs is so organic. That fluid movement is beautiful. There is an effortless beauty between the driver and the vehicle.”

Now, an exhibition of car photos is fine by itself, but the opening reception of Badass includes a perk: a street-wide show of rare and unusual models parked outside the gallery along Palace Avenue. The autos, which Patina co-owner Ivan Barnett says include models like those in the photographs, were hand-selected by T.G. Mittler, whose 1951 Cunningham C2 won Best in Class at Pebble Beach in 2015, and John Paul Gonzales, one of the organizers of Fiesta New Mexico 2021, which held a concours d’elegance on the Santa Fe Plaza in May.

“I first picked up a camera when I was 11 years old to photograph a car,” Furman says. “But I didn’t get back into shooting cars until I was about 30. It was a long gap in between.”

Furman studied photography at New York’s Rochester Institute of Technology in the early 1970s, where he was engaged in an intensive study of studio lighting. He graduated with a BFA in photography in 1974.

“It only seems like 46 years,” he says, with a deadpan delivery that surfaces through the conversation. “But it’s 47.”

Because of his background as a studio photographer, still lifes were among his early subjects. Then he started working for auto manufacturers and photographing cars as a commercial photographer.

“You need a very big studio. You need a lot of lights. It’s not the same as shooting little things where you can kind of reach around the camera into the sets and move something around. It’s a much more studied approach than still-life photography, much more involved.”

My obligation is to the car. Most people won’t see them in person. ... So I feel like I have an obligation to get it right. I share that thought with my printer and everyone else working on the project. We do whatever we can to best represent that car.

But then, as now, Furman didn’t have a studio that was large enough for a car. “All of my recent studios have been walk-ups on a second or third floor,” he says. So he rents spaces instead.

“All of my equipment lives in a 20-foot enclosed car carrier, and we haul it all around North America. For the last month, we’ve been set up in Monterey [California] for the various events there: Pebble Beach Concours, Quail Lodge, and Carmel-by-the-Sea Concours.”

These events are the prestigious showcases and competitions for vintage or classic motor vehicles. Furman is a regular, like many others there, and served as a sponsor for events like the Quail Lodge event in Carmel, California, and Pebble Beach Concours d’Elegance in Pebble Beach, California, for more than a dozen years.

“We put the word out that we would be there and quite a number of people asked to have their cars photographed. My equipment is still on the West Coast, waiting for the next situation to arise.”

An obligation to the car

Over the years, Furman got fed up with the advertising world, where he was often on assignment under the direction of other people who didn’t know what they were doing. He found the atmosphere stifling to creativity. But, with an impressive portfolio of images, a book seemed like a logical step, and he began showing his inventory to publishing houses in New York.

“It happened surprisingly quickly,” says Furman about his first book, Motorcars of the Classic Era (2003), which was published by Harry N. Abrams. “Next thing you know, I wasn’t happy with the publisher.”

The issue was the printing. Furman encountered publisher after publisher who always wanted to go with the cheapest printers, which meant his work couldn’t be printed with the fidelity it deserved.

“If there were issues with the printing, they didn’t care. They’d just release the book.”

So the next step, he says, was to start a publishing company of his own. And that took some doing. He sold off a Porsche from his own collection to help finance the company, which he christened Coachbuilt Press.

He loved the Porsche, but he says it was never worth more than what he paid for it. His recent trip to California, however, provided an opportunity for him to visit the car, which was on sale for 16 times what he bought it for.

“I said to myself ‘Geez, that’s millions of dollars, and I lost millions of dollars doing all these books. I sort of have the opposite approach to Warren Buffett. That is, you start with a fortune and you make it smaller. In his case, you start with a small fortune and you make it bigger. It’s amazing how few people choose to follow my financial direction. I’m sort of out there by myself, blazing a trail for indebtedness.”

“My obligation is to the car,” he says. “Most people won’t see them in person. Although people have seen them at museums and at venues, it’s not even close to the number of people who can see them in a published work. So I feel like I have an obligation to get it right. I share that thought with my printer and everyone else working on the project. We do whatever we can to best represent that car.”

Furman’s goal “is to seek out the designer’s intentions, the manufacturer’s intentions with the car and present it photographically in a way that people can best appreciate it. If you were to say, ‘Hey, that’s a wonderful photograph,’ that’s a nice compliment, but it’s not the same as if you say, ‘That is a wonderful car.’ When someone looks at the work, whether it’s on the printed page or on a wall, I want them to experience the car.”

▼ Virtual reception in the gallery with photographer Michael Furman at 5 p.m. Friday, Sept. 17; through Jan. 7

Most cars built after the early seventies lack style. Cars in these photos ooze style.