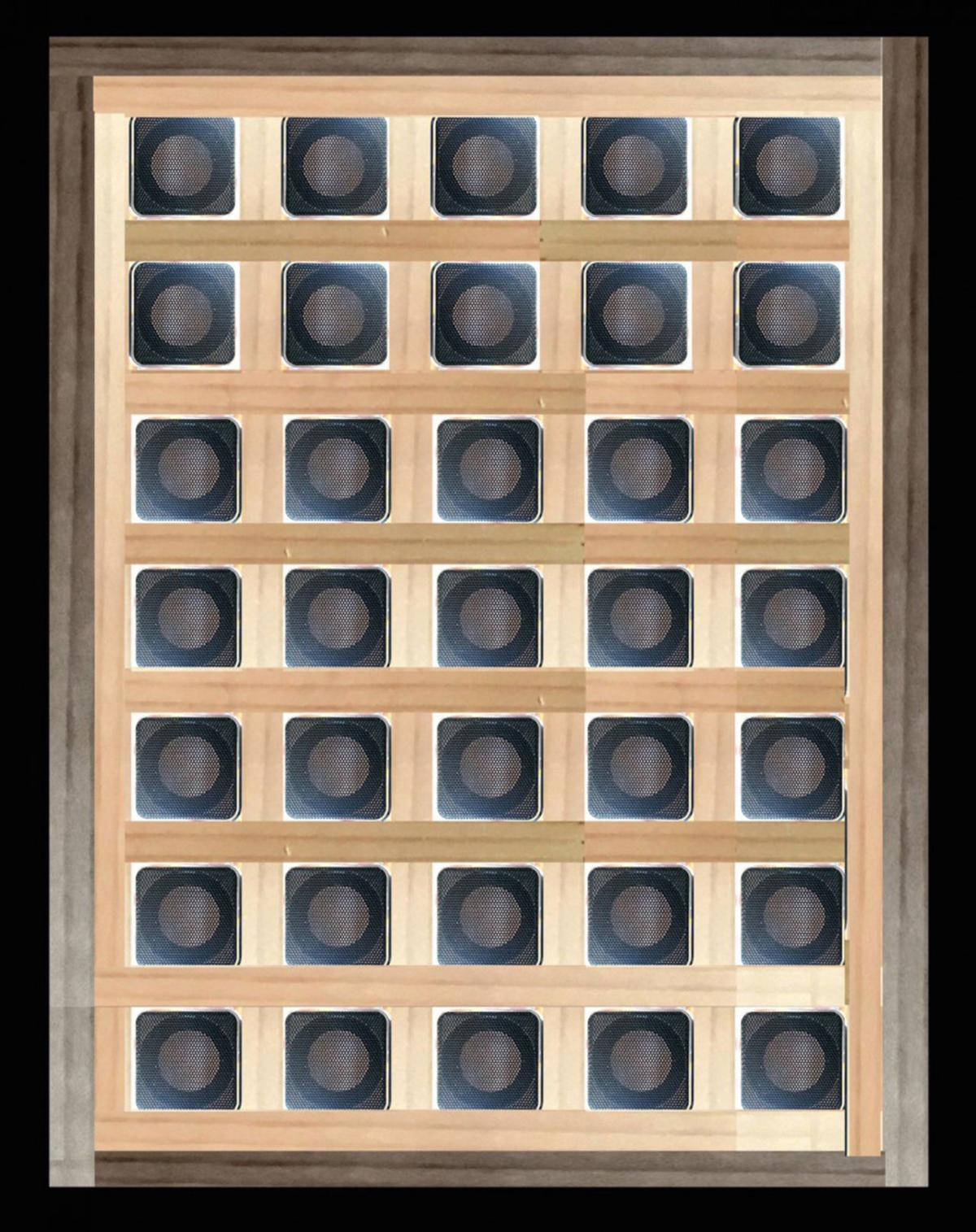 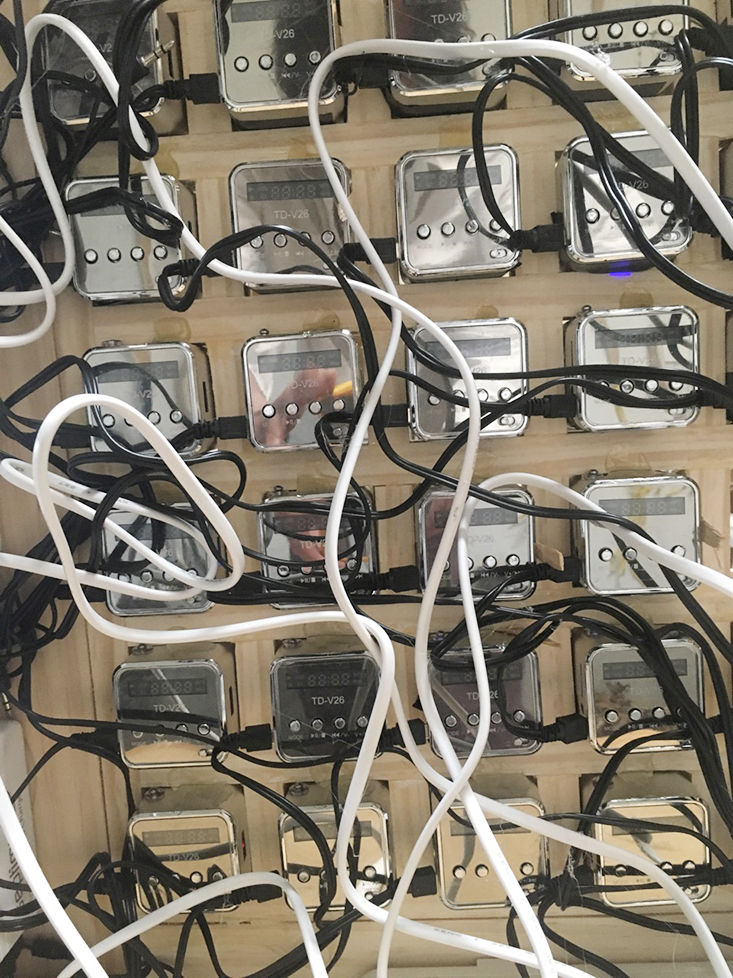 After local artist Matthew Chase-Daniel saw the movie Thirty-Two Short Films About Glenn Gould, a biopic on the Canadian pianist, something about the musician’s inner world stayed with him. “It was one film, but it was broken into sections,” Chase-Daniel told Pasatiempo. “And they do this in the film: He hears the refrigerator, he hears a conversation, and he hears the cars going by, and he hears some little scratching noise. It builds and builds and builds until it becomes this cacophony in his head and he’s having trouble with his mental health. There’s so much input all the time, and we sort of tune that out in order to survive in the world.”

Chase-Daniel’s Radiothing, a new-media installation for Currents, has nothing to do with Gould per se, but it does approximate what it might be like to experience auditory input without any filters and then actively engage those filters to zero in on specific sounds. Radiothing is a wall-mounted grid of 35 2-inch radios with tuners on one side and speakers on the other. Each radio is tuned to a different FM frequency. Chase-Daniel chose the number of radios based on how many stations he could pick up at El Museo Cultural de Santa Fe, where Radiothing is installed. “It’s fairly unbearable,” he said. “It’s not about a beautiful experience. It’s more about bringing to the fore what is here anyway but our bodies can’t really sense. Everywhere you are, there are radio waves.”

Chase-Daniel, one half of the team that makes up Axle Contemporary, has been working with Currents, along with his Axle partner Jerry Wellman, for as long as the duo’s mobile gallery has been around, but Radiothing is his third solo project for the festival. It’s the first sound piece he’s done since 2003’s Aether Fest in Albuquerque, an exhibit of radio art sponsored by the Harwood Art Center and other organizations. “My piece in Aether Fest was a radio that I tuned to one station, and I encased it in a block of concrete. You couldn’t change the volume. Sometimes it was fuzzy, and sometimes you could hear something. So Radiothing is somewhat related to that.”

The experience of listening to Radiothing — a literal wall of sound — can be disturbing because of the discordance of hearing 35 radios at once. But depending on where you stand in relation to speakers that are all set at an equal volume, you can pick up a snippet of song or phrase or maybe part of a news broadcast. The intention is not to obliterate individual sounds, which get subsumed by the din, but to decipher them and perhaps ascribe some personal meaning to whichever sounds dominate.

Radiothing is low tech compared to some of what shows at Currents, but Chase-Daniel’s focus is not on the razzle-dazzle. “I’m not a huge technophile,” he said. “I don’t have a lot of savvy of how to make things like that. I don’t have a lot of interest in that. I find often that new media can be like Photoshop. Someone gets Photoshop, and they have a blue sky, and they put lightning bolts through it and all this ‘look what I can do’ stuff. Often it’s not compelling. At Currents every year I find at least one piece that’s compelling and interesting. In any sort of new media piece I’ve done, I always try to make it immediate and sensory.”