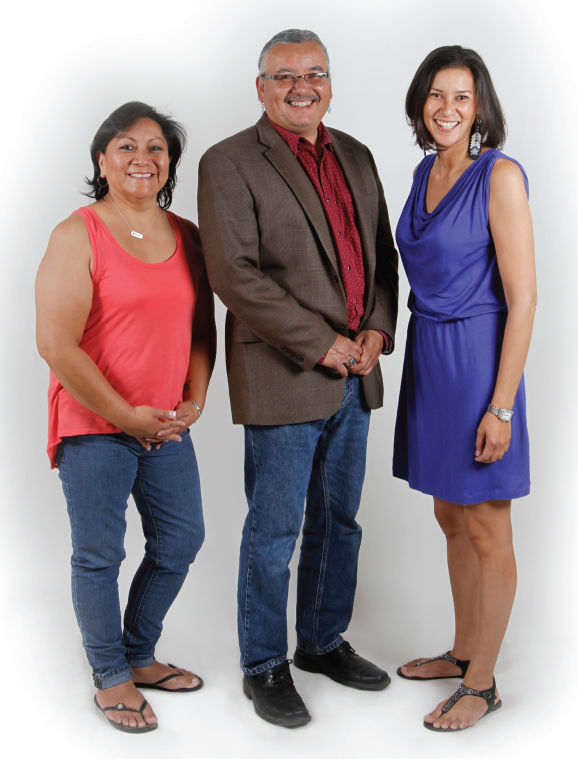 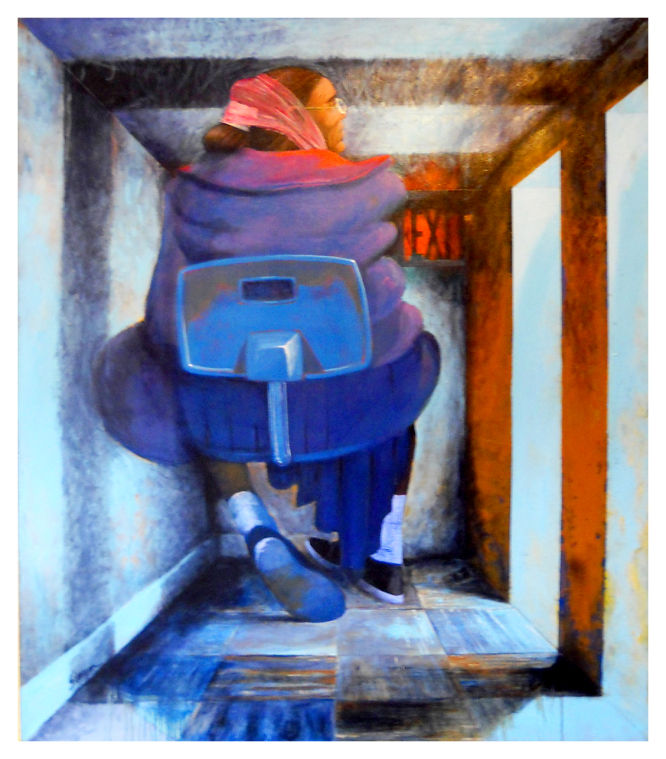 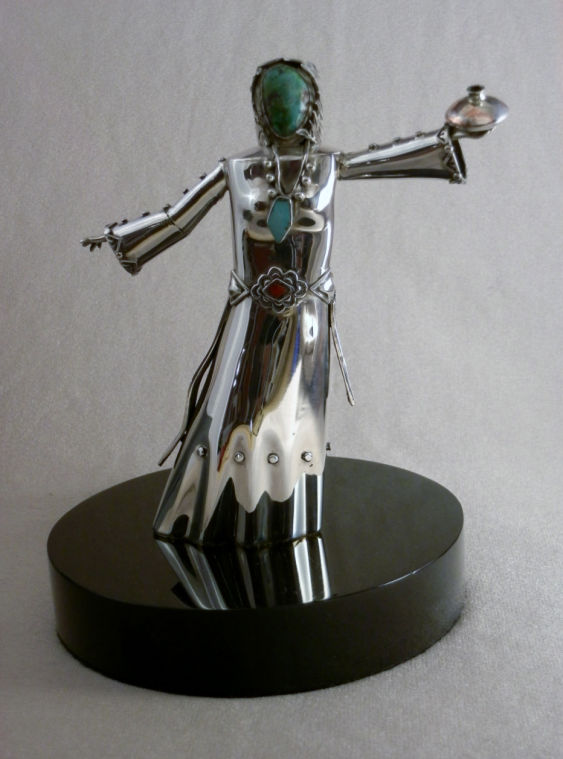 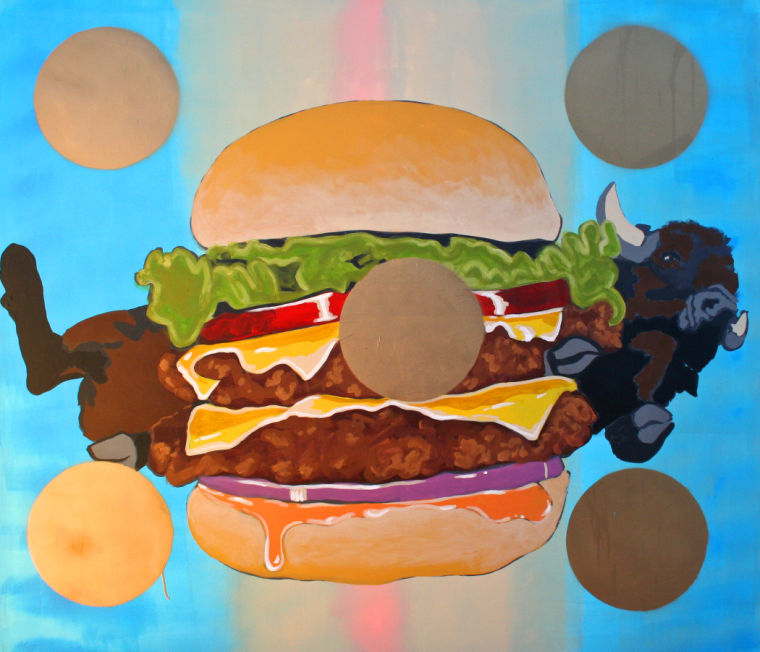 John Torres Nez shook up the local art world on March 31, when he announced in an open letter posted to Facebook that he had resigned as chief operating officer of the Southwestern Association for Indian Arts, producers of the annual Santa Fe Indian Market, New Mexico’s largest cultural event. In the letter, Torres Nez, a former curator at the Museum of Indian Arts and Culture and former project director at the Navajo Nation Archaeology Department, stated it was his “fiduciary duty” to resign. The move came as a shock to SWAIA, which declared in an April 4 posting on its own Facebook page that Torres Nez “was not forced or coerced into resignation by anyone.” On May 6, SWAIA announced that artist and lawyer Dallin Maybee would serve as Interim COO. Torres Nez’s departure was followed by the resignations of SWAIA’s artist services associate Paula Rivera and director of public relations Tailinh Agoyo.

Torres Nez received an outpouring of support from friends and artists on social media and responded with a note of gratitude: “Despite the speculation of what the future holds for me, I will remain in my community and continue my work toward a world-renowned celebration of Native arts and culture owned by the People for the People,” hinting at something new on the horizon.

Together, the three former members of SWAIA’s staff began implementing plans for a new indigenous art market. Artists began contacting Torres Nez, urging him to follow through with the plans. In early April, Navajo artist Nanibaa Beck began a Change.org petition, which has been signed by nearly 500 people, in support of a new market led by Torres Nez. Soon after, dates for the first Indigenous Fine Art Market (www.indigefam.org) were announced: Aug. 21 through 23 at the Railyard — placing it in direct competition with Indian Market, which takes place Aug. 18 through 24. With no office to work out of, the organizers have so far managed to get more than 150 exhibitors to sign on.

“We have met several times now to discuss what can be implemented into the show, what changes we wish we could have made throughout the years,” said Navajo jeweler and IFAM exhibitor Darryl Dean Begay. “This change is not new. People have been talking about it for years. Now is the time to do it. To be a part of history, to be a part of something we have a voice in, that’s most important. What IFAM is trying to do is create a new market that’s on a par with Indian Market. It’s not a knock-off show.”

Pasatiempo invited John Torres Nez, Tailinh Agoyo, and Paula Rivera, organizers of the Indigenous Fine Art Market, to sit down with us to discuss their plans for the new market and what exhibiting artists, locals, and visitors can expect in August.

Pasatiempo: How and when were you motivated to start the Indigenous Fine Art Market? Was it before you made the move from SWAIA?

John Torres Nez: It all developed on Facebook afterwards, really. I posted a thank-you note on Facebook letting the artists know I wasn’t going to be there anymore, and one after another, artists responded, saying “No. We want you to do something for us.” After it got to several hundred I realized I had to look into something.

Pasa: You’ve stated that you wanted to have a market in which exhibitors had a voice in how it is organized and managed. What is the extent of the artists’ participation in IFAM?

Torres Nez: As staff, we’re always open to listening to the artists. We do really make the decisions and make the calls, but we are absolutely listening, and they know we’re listening. There’s a big difference. There are various online-discussion groups I participate in. This year, one of the first topics of discussion was the fact that everyone’s kids go to school on Monday. I said, well, can we push it up? That seems like an easy thing to accommodate. It’s a simple thing that made a lot of difference to them. So we’re doing Thursday, Friday, and Saturday [Aug. 21-23]. Sunday is travel. That was a simple fix, but no one ever thought to ask if that was a concern for the artists.

Paula Rivera: There are quite a few of them that do want to be a part of this, and I think, ultimately, the three of us are the ones that decide what’s going to work.

Torres Nez: They know us and trust us, and they absolutely know we’re going to do the best for them. Right now, new applications are coming in. I’m keeping a stack, and I’ll put together a jury at some point and jury them in.

Pasa: So those artists who have signed up to participate — whose names are listed on IFAM’s website — are they already juried in to the market?

Torres Nez: It’s going to be a juried show for everybody, eventually, but for this year to expedite things we’ve said, if you’ve been juried in to the other show [Santa Fe Indian Market], show us your letter and you can participate without having to jump through that hoop again. But a lot of new people want to come in. For instance, for the first time we’re allowing Native Hawaiians in. We thought that was an easy way to include even more people.

Pasa: In terms of the jurying process, what kind of work are you looking for? Is it a combination of contemporary and traditional Native arts?

Torres Nez: Yeah, and everything in between. We’re trying to jury in artists as artists, so it’s not, “I’m just a potter” or “I’m just a jeweler” or “I’m just a weaver.” You give us a range of your work, whether you’re a literary artist, you’re a poet, a writer, whatever, as you would for any other portfolio you’d put together for a gallery. I’m an artist. I just happen to be Native.

It’s still going to be kind of a niche, but it fits much better to that big-A art world as Native fine artists. Everyone who’s applying is pretty much a fine artist — whether it’s a potter or not. It’s still fine Pueblo ceramic art. No one cooks in those pots anymore. It’s meant to be put on the shelf and admired as a sculptural piece, really. We’re not the other IFAM in town [the International Folk Art Market].

Pasa: Will the dates be the same every year going forward?

Torres Nez: We want to get through August first. But on the horizon, of course, are winter shows and other regional shows — IFAM Seattle, IFAM Tokyo, IFAM Berlin. That’s the model we want to work under. We’ll be present at biennales. We’ll be present at Basel and all these other big shows.

Pasa: In upcoming years, then, will artists be admitted to both markets here in Santa Fe, or have you clarified that yet?

Tailinh Agoyo: You’re asking if we’ll permit artists to do Indian Market? That’s not our choice to make. We want them to do whatever’s best for them and their families.

Pasa: And the artists have to adhere to the standards set forth in the Indian Arts and Crafts Act of 1990.

Torres Nez: Actually it was a 1938 law but revised in ’90, I think. It’s a consumer-protection law, basically. If you’re going to sell as a Native artist, you have to meet all these criteria, and that’s a federal law. If it’s mass produced in China and brought over, then of course, it’s not handmade. It’s all about who makes it.

Pasa: It’s planned that this market will be held in the Railyard. Will that be the official venue each year?

Torres Nez: We don’t know. Until we outgrow it, I suppose. I mean, next year, when we have 2,000 artists, we’ll have to think of something else. Right now we can almost fit between Tomasita’s and La Choza, all the way up from where the station is, underneath all those shades by the water tower and into the park.

We’ll probably do readings either at the Cocteau or Warehouse 21 for poets and screenwriters who want to do public readings, but all the music and dance will be outside on the two stages.

Rivera: And as the train goes by, they’re going to see it. They’ll have a quarter-mile view until they get off the train.

Agoyo: We’re very excited about this because it’s a community space, but also because of the architecture and energy that’s there — we think it really aligns with what our vision is for the market and how we want to present Native people.

Pasa: Looking at the list of artists on your website so far, it looks like there are a lot of New Mexico and Arizona artists. Do you think this will have more of a regional context?

Agoyo: It’s only been three weeks, and we’ve been getting emails from people across the country — once the jurying process is through it will be much more diverse.

Pasa: Will awards be given for artwork?

Agoyo: We won’t be having that formal competition.

Torres Nez: We’re looking more at resorts and other tribal communities for a purchase award. We’re working with them to get them to buy art for their collections, but the ribbon thing is not for us right now. ◀

On March 31, the following open letter appeared on the Facebook page of John Torres Nez, announcing his decision to resign as chief operating officer of the Southwestern Association for Indian Arts.

This open letter is to inform you that I have chosen to leave an organization that I love and to which I have given so much. Due to the position, despite my objections, in which this organization has been placed, it is my fiduciary duty to resign my position as Chief Operating Officer.

I will miss the artists and my staff and I will forever be grateful for your support.

The Santa Fe Indian Market is in its 93rd year and is an essential event, not only for this community, but for the 1,100 Native families who rely on it as a major means of financial support. It’s the knowledge that these families depend on Market that kept me getting up day after day to help build it.

As a member of both the Santa Fe and Native communities, I have strived to be a good steward. I have grown great relationships with the city at all levels and Indian Market has run better because of that. Santa Fe Indian Market has set the standard for all other festivals in Santa Fe because it draws the largest crowds to see the 1,100 adult and 300 youth artists from over 250 tribes and cultures.

Market has always been about the People. We are not a museum show or gallery, we are real Indian People coming together to share our stories, our culture, our heritage, our legacies, and of course our art, with you.

I am very proud of my work here and I am very saddened that my tenure must come to an end.