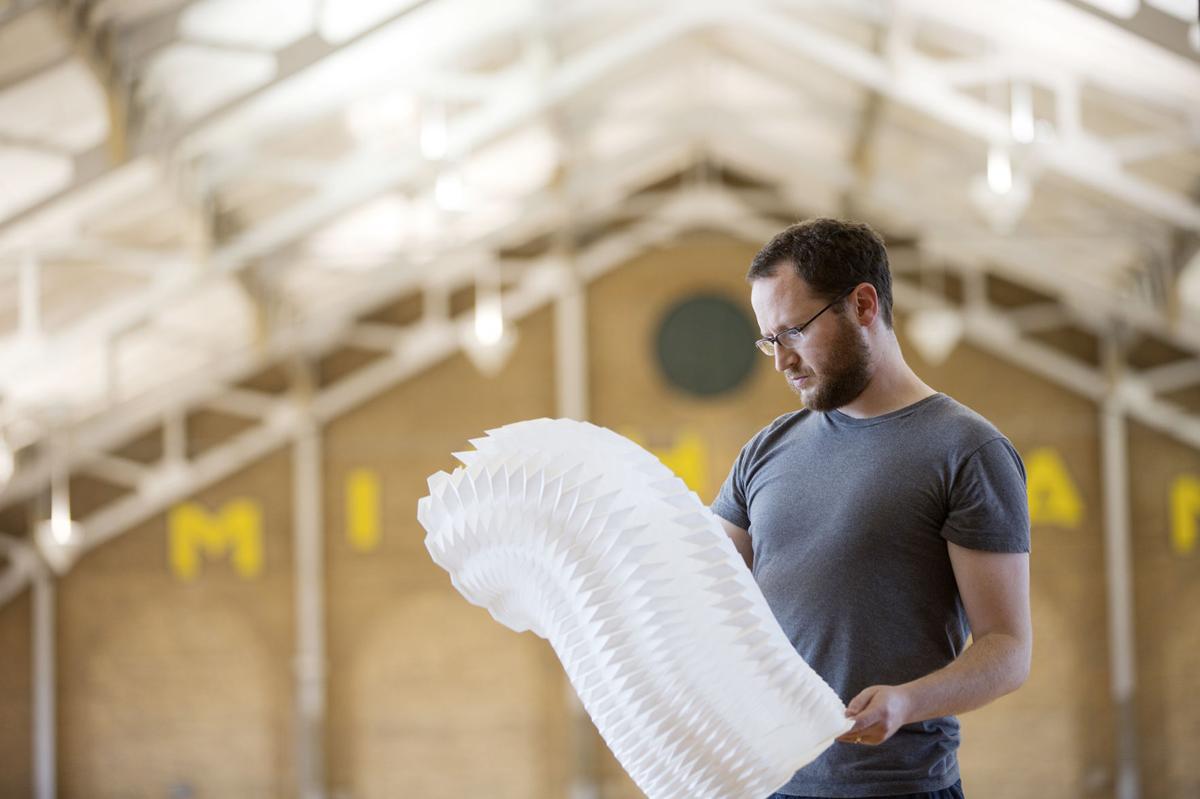 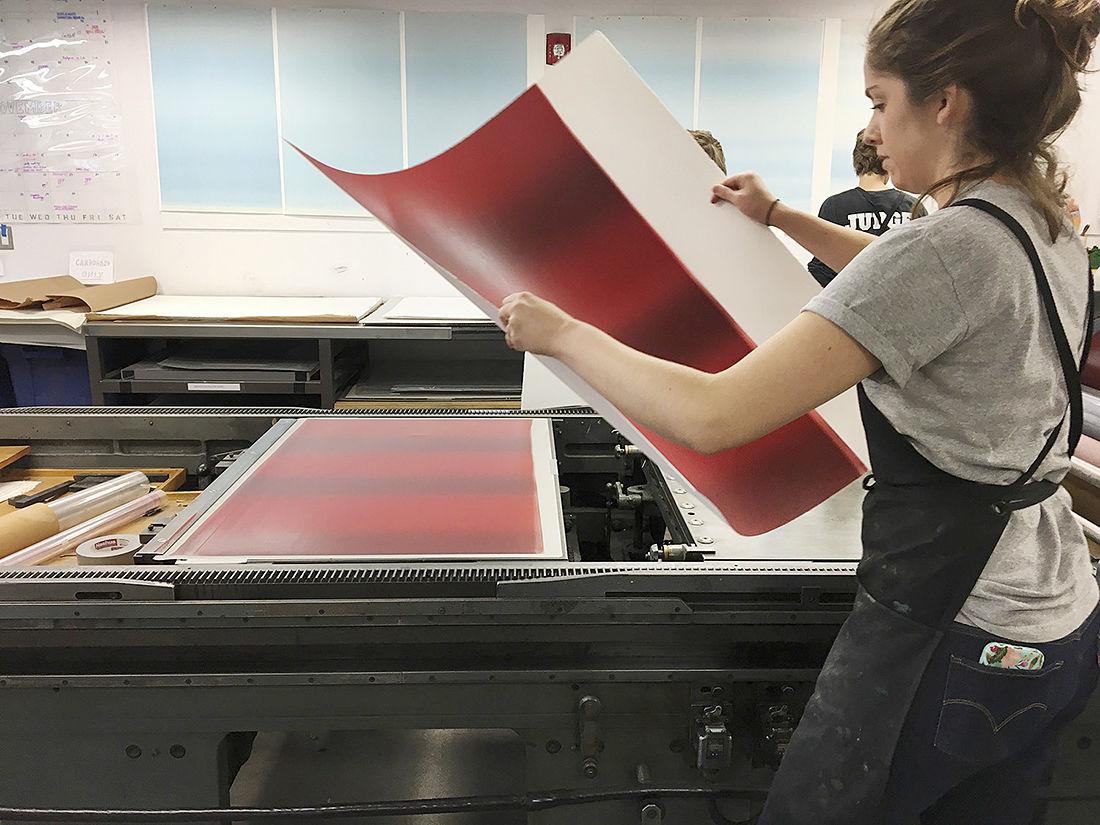 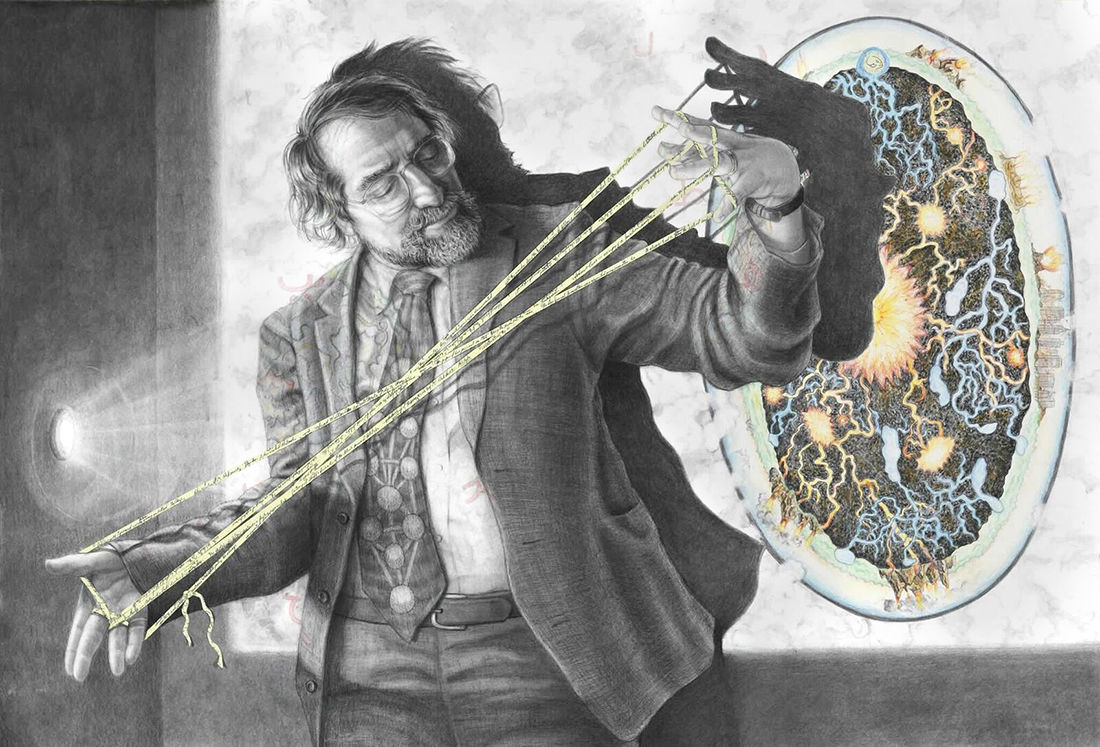 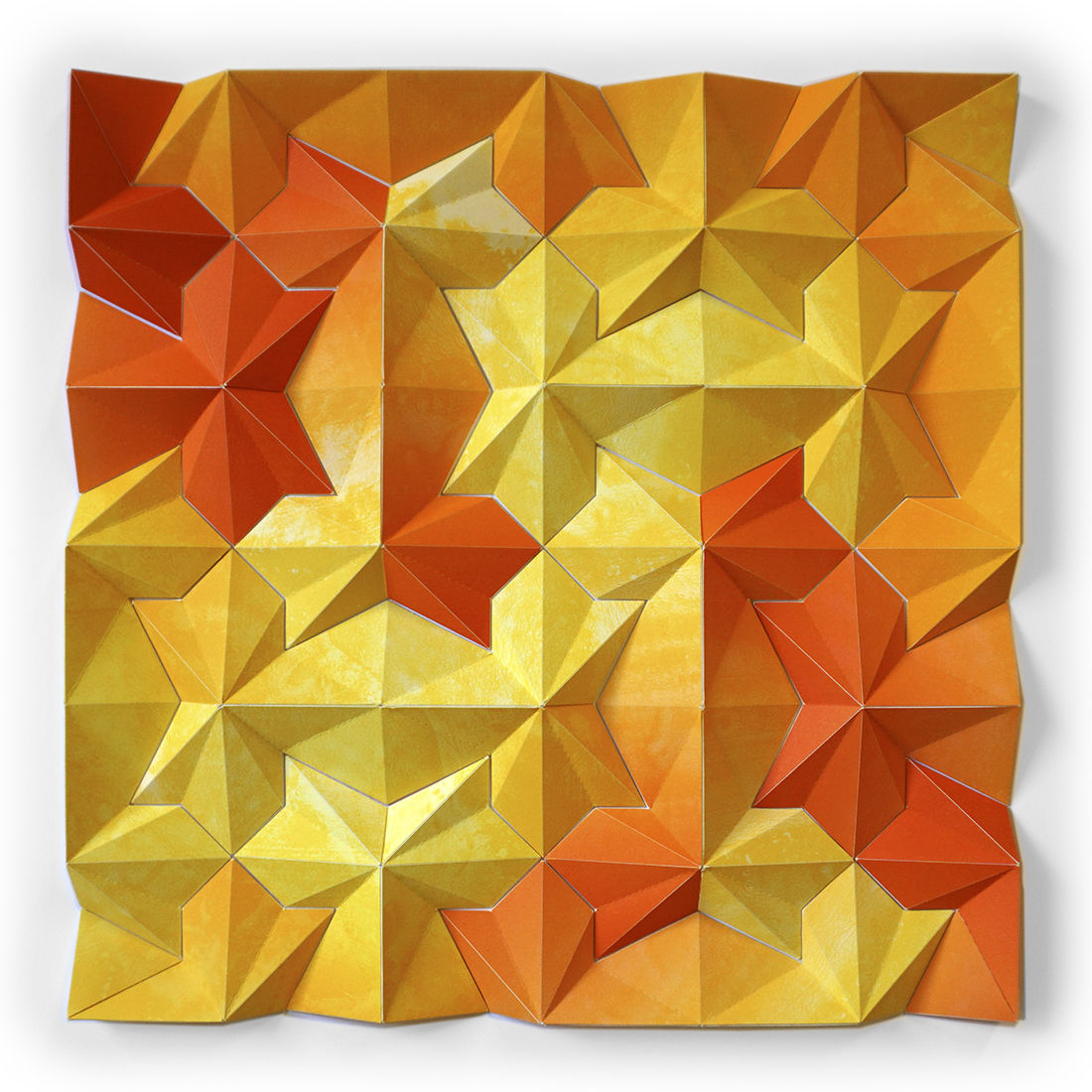 The painter Piet Mondrian once wrote, “Not only science, but art also, shows us that reality, at first incomprehensible, gradually reveals itself, by the mutual relations that are inherent in things.” As reality reveals itself through art, science, or both at once, the experience can be transcendent — one of pure wonder. It is fitting, then, that next weekend’s convergence of artistic and scientific thought and discussion in Albuquerque is called the Albuquerque Wonder Cabinet: Precision and Imagination.

The Wonder Cabinet, which takes place Friday, April 20, to Sunday, April 22, consists of a series of free lectures and other events dealing with science and the arts; it is “pitched squarely along the borderlands between art and science,” according to the event website. The events are hosted by the Tamarind Institute, the University of New Mexico’s world-class lithography institute, with sponsorship by the Frederick Hammersley Foundation. Most sessions will take place at the National Hispanic Cultural Center. Lawrence Weschler, a New Yorker writer for more than 20 years and a prolific author (Mr. Wilson’s Cabinet of Wonder, Vermeer in Bosnia), is the curator and will present the opening talk, “Art & Science as Parallel and Divergent Ways of Knowing.” His co-presenter for the weekend is Robert Krulwich, co-host of the ever-wondrous podcast “Radiolab.”

We are in a fascinating time of fusion among scientific and artistic fields. Advanced technologies are being used to scrutinize classic works, such as Vermeer’s Girl with a Pearl Earring, to previously unexamined depths, while contemporary art is grappling with modern science and technology’s effects on society. (For a provocative exploration of that subject, visit Future Shock at SITE Santa Fe.) Paper engineer Matthew Shlian, the first artist to be awarded the Frederick Hammersley Foundation Artist Residency at the Tamarind Institute, creates mesmerizing multidimensional patterns that reflect his collaborations with materials scientists. Shlian’s newest work will debut at the Tamarind Institute on April 20, and he will be participating in the Wonder Cabinet session “Foldings and Other Mathematical and Topological Splendors” on April 21.

Weschler has long been interested in the interplay of art and science. He has been arranging interdisciplinary “wonder cabinet” symposia since the early 2000s, when he was director of the New York Institute for the Humanities at New York University. Weschler said that he accepted the director position “on condition that it was understood that as far as I was concerned, the division between the sciences and the humanities was completely silly, and the sciences were one of the crown jewels of the humanities.”

The term “wonder cabinet” comes from historical cabinets of curiosities, or wunderkammer, which became popular during the 16th century as showcases of marvelous objects. At that time, Weschler said, “Europe’s mind is being blown by all the stuff that’s coming in over the transom, from Africa, America, and Asia.” Aristocrats acquired collections of “weird junk that nobody could make sense of, that was just so weird and wonderful to look at. It was all thrown together in the same room. And by the way, in the early days, there wasn’t a distinction between technology museums and art museums and science museums. It was all put in the same place. Almost all of the paintings, for example, of Dürer or Bosch or people like that were originally shown alongside Siamese-twin fetuses and weird shells and all kinds of weird, wonderful, strange things.”

The Albuquerque Wonder Cabinet continues that thread of curiosity, replacing physical curios with philosophical explorations of topics that are no less wonderful. Among the topics up for contemplation are “Brain and Cosmos, Dendrites and Decision Trees,” with neuroscientist Carl Schoonover, author Michael Benson, and artist Beth Campbell. The panel will consider the uncanny similarities among images of the brain, the cosmos, and the human-crafted decision trees we use to think through choices and outcomes. Artist and composer R. Luke DuBois will discuss the unsettling topic of big data with designer Alex Webb and environmental artist Andrea Polli.

In a panel on “Particle Physics and Native American Cosmologies,” artist Agnes Chavez discusses her work with Greg Cajete, the director of Native American Studies at the University of New Mexico. Chavez, who is based in Taos, is working on an installation to visually represent data from the Large Hadron Collider at CERN in Switzerland. The event’s closing session will focus on Stanley Kubrick’s 2001: A Space Odyssey, released 50 years ago. Santa Fe Institute president David Krakauer, Benson (author of Space Odyssey: Stanley Kubrick, Arthur C. Clarke, and the Making of a Masterpiece), Weschler, Krulwich, and others will revisit the influential film about nothing less than the scope of humanity and the universe.

Visual splendor pervades the sessions. The massive Liminal Camera, a camera obscura crafted out of a 20-foot shipping container by artists Lauren Bon, Richard Nielsen, and Tristan Duke, is a topic during the session “Optical Marvels.” The camera travels around the country on a flatbed truck; Albuquerque Wonder Cabinet attendees will be able to enter the camera and see its projections. The session also features Trevor Oakes and Ryan Oakes, twins who have spent much of their lives studying visual perception. The “Perspective Twins” make concave drawings that have the precision of a camera obscura. Blaise Agüera y Arcas, founder of the Artists and Machine Intelligence program at Google and the leader of a Google team researching machine learning, also participates in the discussion. It is not an exaggeration to say that Agüera y Arcas has changed the way we see: He was a creator of the software tool Photosynth, which turned two-dimensional digital images into three-dimensional models.

Many of the panelists will be engaging with one another for the first time, leading to new perspectives and transdisciplinary insights. Shlian, who was instrumental in setting the Albuquerque Wonder Cabinet in motion, said, “I have been lucky to have participated in three prior Wonder Cabinets, and each time Weschler has brought together an unlikely group of people, each seeming entirely disparate, but woven together we see a larger connective narrative unfold.”

Weschler said, “I’m really interested in those moments where you as an observer, or you as a reader, are reading about something that just is so wonderful or marvelous or strange that you notice that a pillow of air has formed in your mouth, and you haven’t breathed for 10, 15, 20 seconds, and you have to remind yourself to breathe. That’s what I’m going for.” ◀

▼ No charge; see wondercabinet.tamarind.pro for information and to register for sessions

"I'm really interested in those moments where you as an observer, or you as a reader, are reading about something that just is so wonderful or marvelous or strange that you notice that a pillow of air has formed in your mouth, and you haven't breathed for 10, 15, 20 seconds, and you have to remind yourself to breathe. That's what I'm going for." — curator Lawrence Weschler