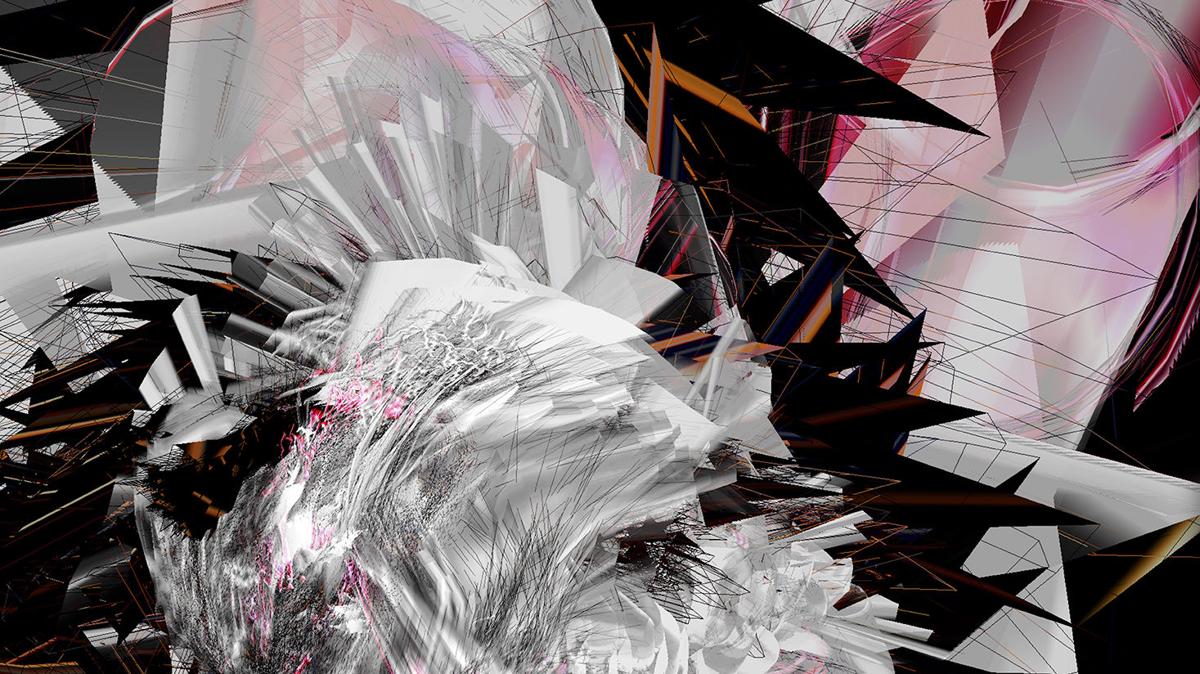 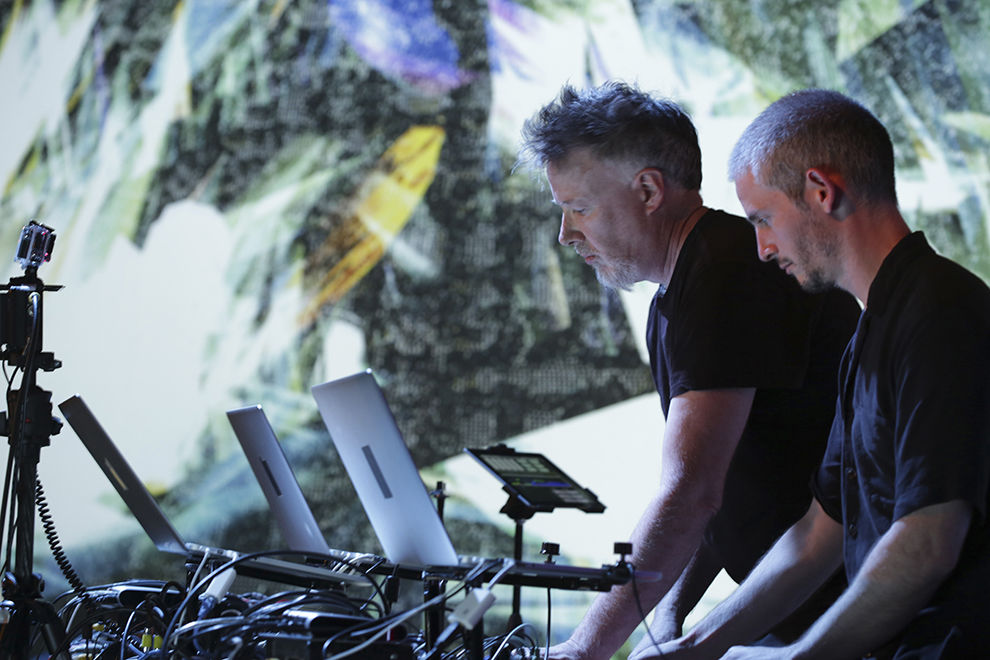 The works by the NoiseFold artist collective — David Stout and Cory Metcalf — consist of rectangular screens full of shifting, morphing visual phenomena with a fairly indescribable sound component. “We primarily sonify data that either directly creates the image or mines some part of the image for the sound,” Stout said. “The image becomes an intermediary for controlling the sound. In some ways, the image is an instrumental medium or a living score.” He and Metcalf have done installations for Currents in the past, but this year they are performing, on the evening of Saturday, June 11, in both solo and duo format. The NoiseFold Three event promises to further demonstrate their dedication to push the technology and explore different techniques.

“We have been working on a software instrument that we call the nFolder, and this environment that we’ve created is a modular system so that different modules can be strung together. And it focuses on generative sound and image, and the image component can consist of both 3-D processes and video processes,” Stout told Pasatiempo. “Instead of defining sort of coordinate points in space like one would do with drawing, we’re placing an attractor field in this virtual space to create images and sound, so we’re really playing with the simulation of the physical forces of attraction and repulsion.”

Viewers will be fascinated by the procession of imagery. The more you pay attention, the easier it is to feel like you’re actually in that synthetic world, akin to Jeff Bridges in the Tron films. “Yeah, it’s very interesting to be in this sort of synthetic space that in some ways behaves like aspects of the phenomenal world that we exist in already, and that we might see when we peer into deep space or in the way we watch clouds form. Abstraction is a very interesting way to work, because there are completely nonobjective kinds of abstraction, and then there’s a kind that alludes to natural processes and dynamics. We fit a little bit more in this idea of a dramaturgy of abstraction, so audience members really do feel like they’ve gone through a journey.”

When NoiseFold began in Santa Fe in 2005, the performances were pretty punklike in terms of the feral, unwieldy sonic atmosphere. “We would set these generative things in motion, and then at some point they would get out of hand, and much of what we were doing was reining them back in. But, as happens with any kind of artistic pursuit, as you become more facile with the material and you’re able to control it more, the nature of things changes.” Now they try to retain some of that thrilling abandon but assert control sometimes “to simplify and quiet things down.” This performance, Stout said, will range widely “from the meditative to the dramatic, highly charged orchestral-noise approach.”

These days, he lives in Austin, and Metcalf is in Denver. “We typically prepare material in advance, and when we bring it together, we decide on those elements that sort of fit together and provide the most performative possibilities, and we work on that,” Stout said. “It’s a lot like band members might bring riffs and ideas and then work on them together to arrive at something unique.”