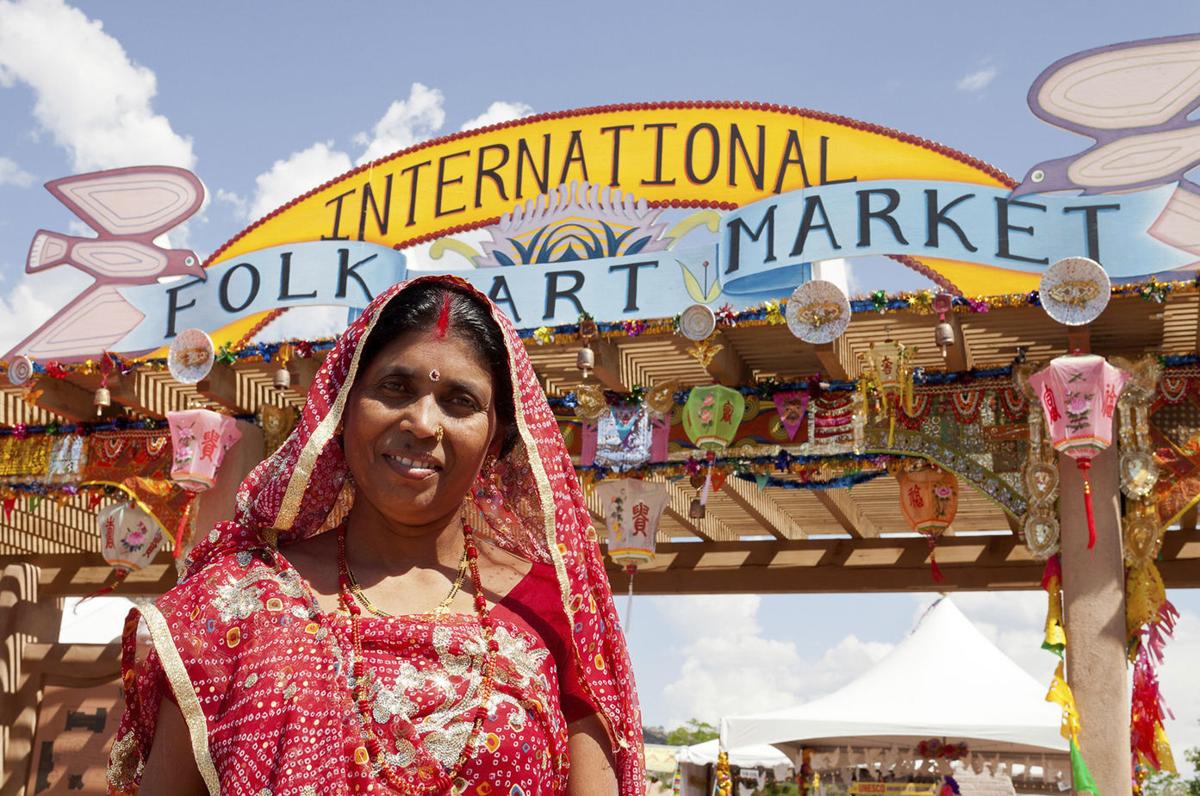 This year's International Folk Art Market may be canceled, but an online version will appear online beginning on July 5. 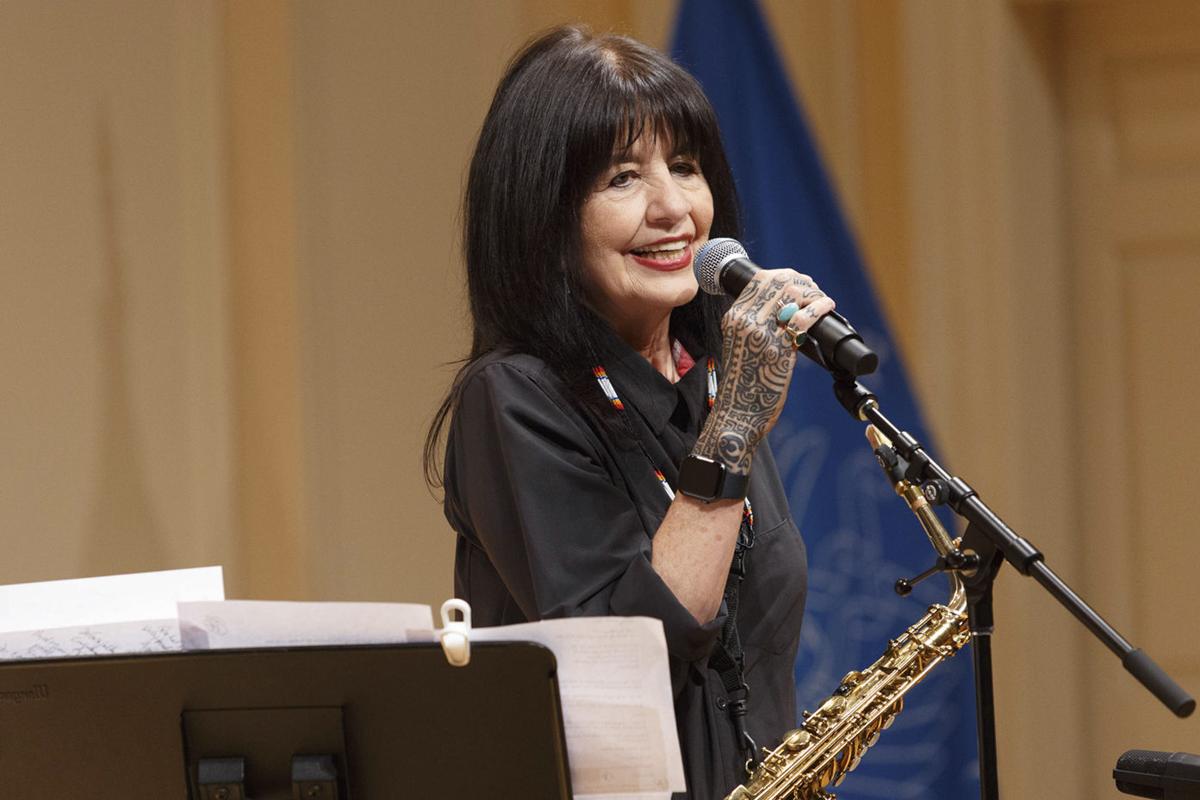 The Library of Congress announced in April that Joy Harjo was appointed to serve a second term as the nation's first Native poet laureate.

This year's International Folk Art Market may be canceled, but an online version will appear online beginning on July 5.

The Library of Congress announced in April that Joy Harjo was appointed to serve a second term as the nation's first Native poet laureate.

“The Poeh Cultural Center established this Facebook group to support Native artists during this global pandemic. We hope to encourage the continued creation of Native arts,” Executive Director Karl Duncan said in a news release.

The Poeh Cultural Center is located at Pojoaque Pueblo. In addition to the Facebook group for Indigenous artists, the center also offers a series of online tutorials about business development and emergency grant information. The center will assist artists in completing relief grants during this crisis. poehcenter.org

Multidisciplinary artist Cannupa Hanska Luger has been named a member of A Blade of Grass organization’s 2020 class of Fellows for Socially Engaged Art. He will receive a $20,000 honorarium based on his project proposal for Settlement, which coincides with the anniversary of the 1620 voyage of the Mayflower. Luger and 27 other Indigenous artists from North America and the Pacific plan to stage a creative occupation in Plymouth, England, that will include exhibitions, performances, and installations. Awarded annually, A Blade of Grass fellowship funds are usually used only to produce proposed projects, but due to the unprecedented financial hardship brought about by the coronavirus pandemic, grants for 2020 are unrestricted and can be used for housing and other basic necessities. Raised on the Standing Rock Reservation in North Dakota, Hanska Luger is of Mandan, Hidatsa, Arikara, Lakota, and European descent. He produces a variety of work in different mediums, including large-scale installations that incorporate ceramics, video, sound, fiber, steel, and repurposed materials. cannupahanska.com

The Museum of Indian Arts & Culture has been awarded a $60,000 grant from the Henry Luce Foundation as part of an emergency response to cultural institutions due to the coronavirus pandemic. The museum will use the grant to keep staff employed, as well as support upcoming exhibitions and the development of online artist videos. The museum expects to employ about 40 Native artists to produce videos about themselves and their art, some of which will include educational activities for students. indianartsandculture.org

NDI New Mexico nominated as a nonprofit of the year

The news outlet Albuquerque Business First has included National Dance Institute (NDI) New Mexico among its 2020 nominees for New Mexico Nonprofit of the Year. NDI New Mexico has been bringing dance education to Santa Fe and other New Mexico communities since 1994. The organization reaches over 8,000 children in schools and through after school programs statewide.

“We are honored to have the hard work of our staff, instructors, and students recognized in this way — especially right now, as our team has worked tirelessly to continue bringing our programs to students across the state,” Russell Baker, NDI New Mexico’s executive director, said in a news release. “Over the past year, we’ve had the amazing opportunity to serve thousands of students statewide, and in the past couple of months, our reach has expanded to even more students via online, virtual courses.” ndi-nm.org

The world’s largest folk art market won’t take place in Santa Fe in 2020, but starting on July 5, the International Folk Art Market (IFAM) will go online with a series of videos, lectures, interviews, and films, followed by an online auction of folk art from around the world. IFAM’s virtual annual gala is July 10 and will feature a celebration of folk artists and their work. Established in 2004, IFAM is a nonprofit organization that operates in partnership with the New Mexico Department of Cultural Affairs, Museum of International Folk Art, Museum of Indian Arts & Culture, Museum of New Mexico Foundation, and the City of Santa Fe. folkartmarket.org

The Library of Congress announced in April that Joy Harjo has been appointed to a second term as the nation’s poet laureate. A member of the Muscogee (Creek) Nation, Harjo, 68, is the 23rd poet and first Native American to hold the post. During her first year in the role, Harjo has focused on connecting with other Native poets and expanding her presence online. Among the new initiatives for her second term, which begins Sept. 1, is “Living Nations, Living Words: A Map of First Peoples Poetry,” a digital, interactive map featuring contemporary Native poets, including videos of them reading their work. It will be added to the library’s historical collection of maps, which is among the largest in the world, The New York Times reported. Born in Tulsa, Oklahoma, Harjo attended high school at the Institute for American Indian Arts and studied creative writing at the University of New Mexico.