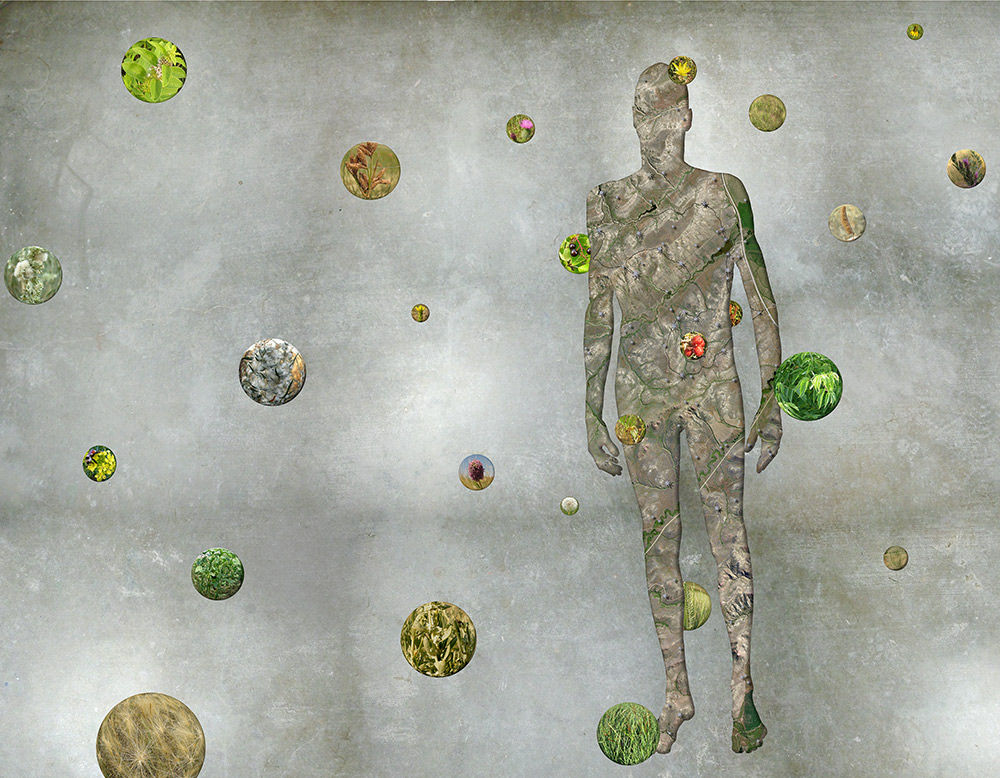 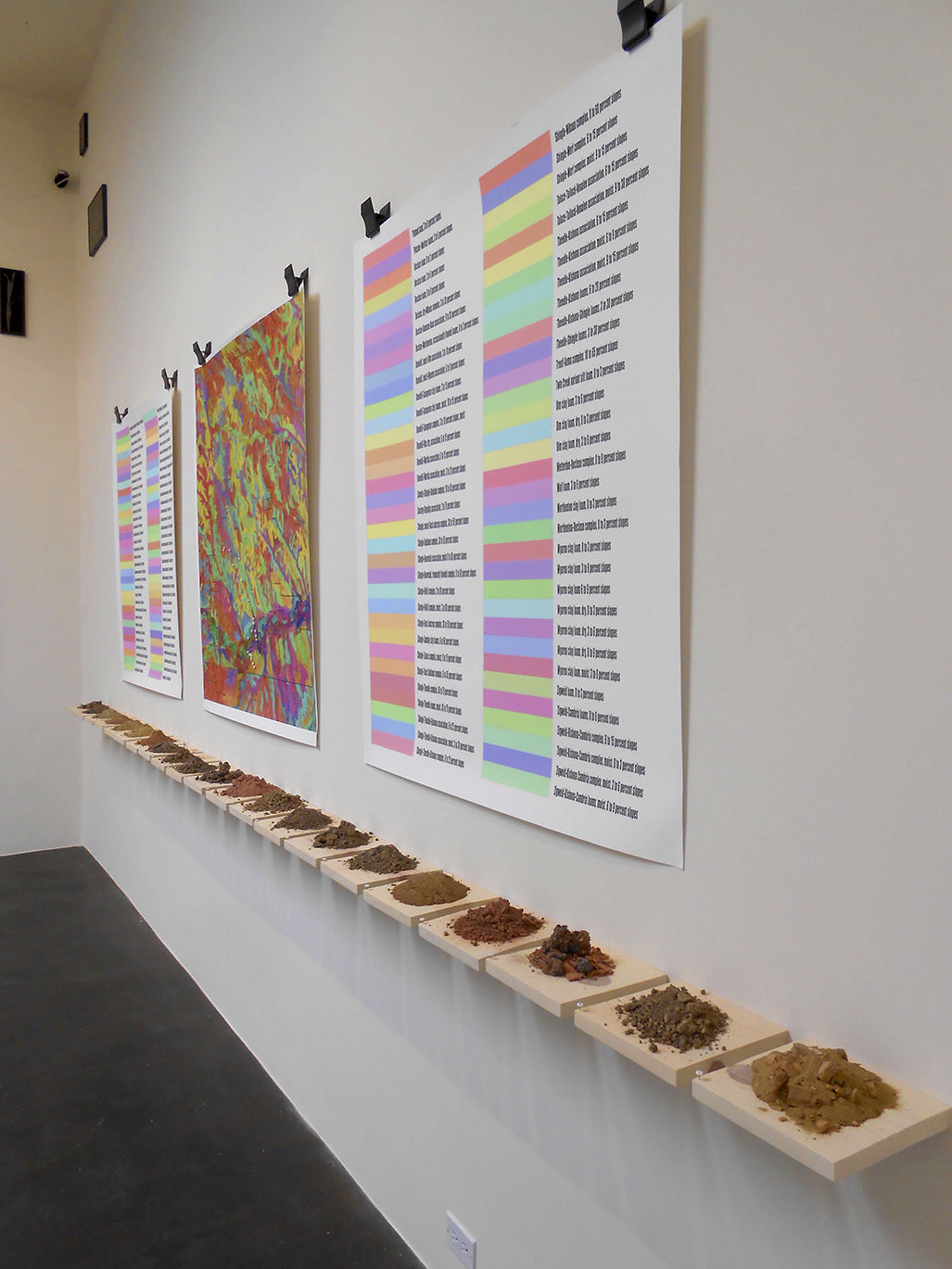 Jeanette Hart-Mann with Charlie Bettigole: Without Soil There Is No Color, 2015, installation, archival fine art prints 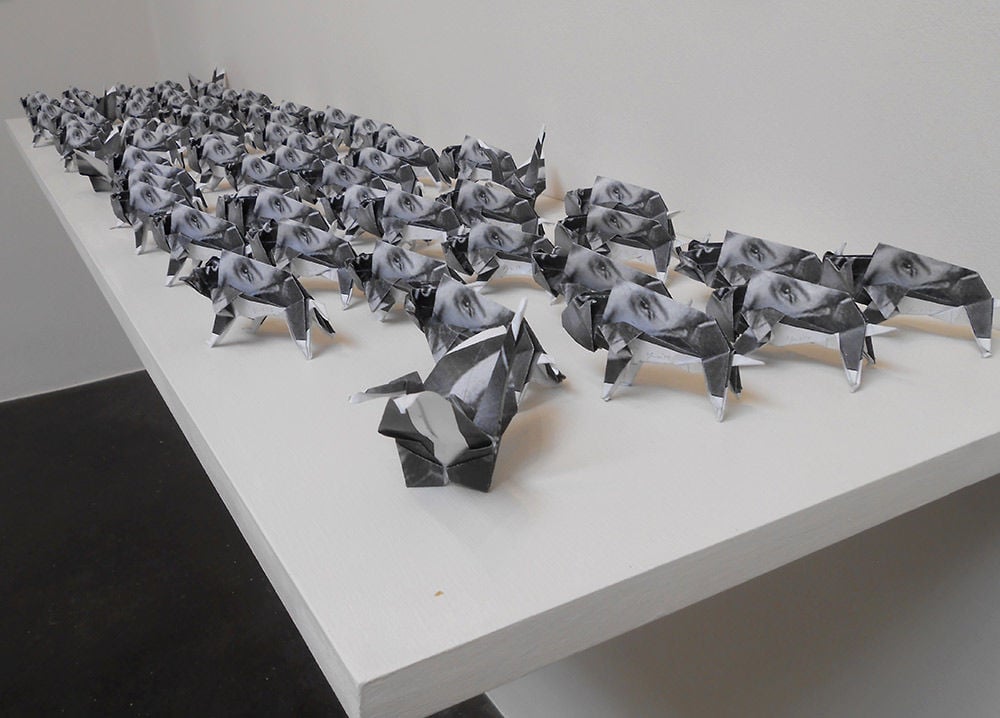 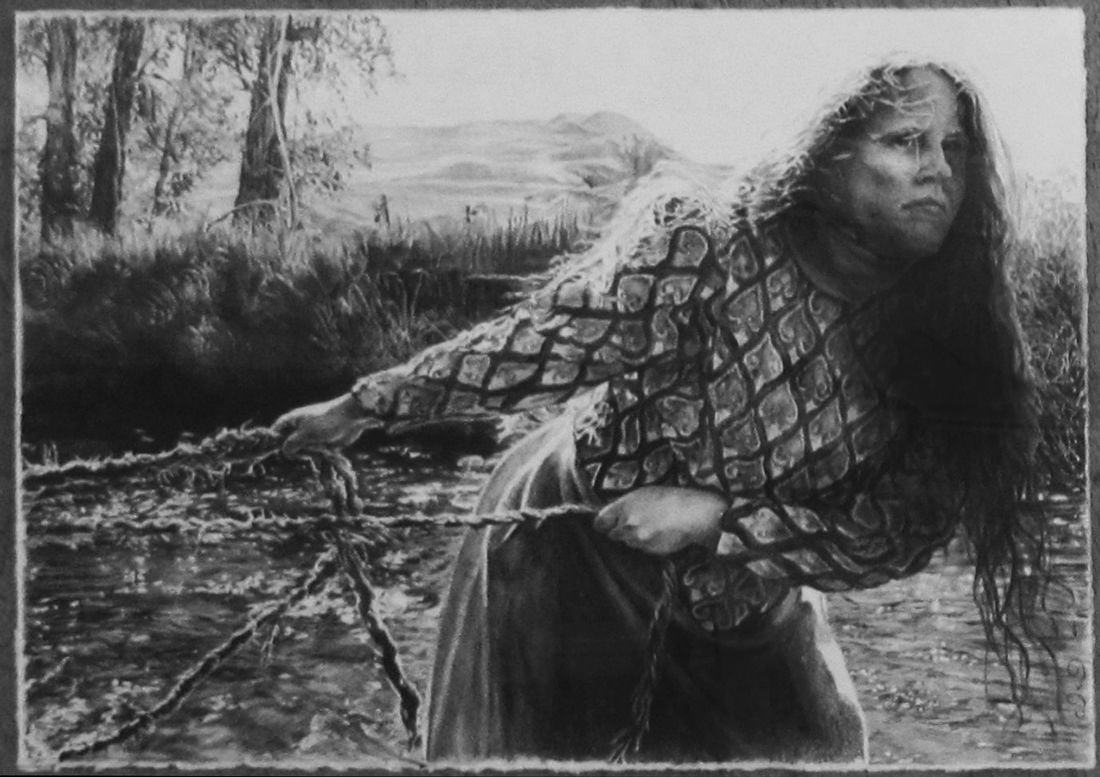 Jeanette Hart-Mann with Charlie Bettigole: Without Soil There Is No Color, 2015, installation, archival fine art prints

UCROSS: A PORTRAIT IN PLACE; through Dec. 11

Open noon to 5 p.m. Saturdays and Sundays, or by appointment

Through Dec. 11, the Lannan Foundation hosts an exhibition — or, more specifically, an engaging, multidimensional portrait of a vast western landscape. In their pieces, the seven participating artists, all alumni of the Land Arts of the American West program at the University of New Mexico, respond to time spent roaming over a 20,000-acre cattle and sheep ranch in northeastern Wyoming. Their explorations of the Ucross Ranch and their artmaking were aided by Charlie Bettigole, director of the Ucross High Plains Stewardship Initiative, which is based at the ranch and at Yale University’s School of Forestry & Environmental Studies.

The works in UCROSS: A Portrait in Place are staged on eight walls in the elegant Lannan exhibition space. At first glance, the display of objects can easily appear cryptic. There are two- and three-dimensional works in an intriguing array of materials and forms — photographs, canvas scrolls, a handmade journal, a video installation, maps, dried grasses, digital prints, a garment, 21 soil samples, and a herd of origami bison — as well as field recordings. But the visitor’s investigations are rewarded as the show’s concept is revealed.

The UNM Land Arts program encourages immersion in Western landscapes and responsive, in situ creation of artworks. The examples in UCROSS, which are also the result of interdisciplinary collaborations with ecologists, intermingle and play off one another. And they are all witnessed by the visitor in a veritable cradle of nature noises. Bettigole worked with one of the artists, Joseph Mougel, to create the Ucross Aviation Soundscape/Ucross Sounds multi-channel audioscape. It features not just birdsong but also the sounds of wind, streams, trains, and bugs sampled throughout the ranch. The 20-minute loop recording, perhaps timed to coincide with the average visitor’s perusal of the exhibit, features bird voices segueing through the seasons, from spring to winter, then concludes with owl vocalizations gradually replacing the calls of juncos, meadowlarks, sage grouse, and other diurnal species.

The exhibit is grounded in ecology, technology, and science, as well as art. It was previously staged in the art gallery of the Ucross Foundation, which operates art-retreat facilities at the Wyoming ranch, and then at the Yale School of Forestry & Environmental Studies. Christie Davis, contemporary art and public programs director at Lannan, curated the Santa Fe exhibition. “It’s a little bit unusual for us, because we don’t own any of the work,” she said, “but Lannan has been the Land Arts of the American West program’s major funder and actually endowed a chair at UNM for that.”

The presentation at Lannan is also seen as a recognition of the contributions of Bill Gilbert, the 1999 founder and longtime chair of the Land Arts program and one of the show’s participating artists. Gilbert recently retired from the post and has been succeeded by Subhankar Banerjee.

Cynthia Brinich-Langlois is the first artist you encounter in UCROSS. She focused on leafy spurge, an invasive plant species that Davis said everyone on the ranch hates. The artist painted the species in seven stages of its death. The spurge may be a scourge, but her 7-by-10-inch The Death of a Leafy Spurge drawings are nonetheless beautiful; the prints are arresting, almost minimalist, views of a sprig of the plant.

Brinich-Langlois fashioned a pair of 12-inch-by-12-foot canvas scroll pieces — Book of Hours: Sheep Exclosure, which is edged in sheep’s wool; and Book of Hours: Tire Trough, edged in leather. Along each of their lengths are eight panels of cyanotype-printed woodcut scenes of the ranch’s flora and mountain horizons. In the sky areas she added written elements, such as, “Joseph brought me dinner and mosquitos,” and “Bumblebees think I’m a flower and will not be persuaded otherwise,” that tell little stories about her time spent at work on the landscape.

Davis chose the Erika Osborne painting Split Estates as the exhibition image. The title dates from the Homestead Act and relates to federal possession of mineral rights on land otherwise owned by the “landowner.” Osborne celebrates the Western landscape with a romantic view (à la Albert Bierstadt) but it’s punctuated by oil and gas facilities.

Jeanette Hart-Mann’s installation piece with Charlie Bettingole, Without Soil There is No Color, could be an intriguing example of an artist innovatively interacting with science — but in her bio we see that she has often worked in this realm; she is, among other things, the co-founder of the SeedBroadcast Collective and co-director of a research farm in Anton Chico. One section of her UCROSS installation is a sequence of 21 alternating, fixed-position videos of the ground, plus recorded ambient sounds. Along the bottom of each of the black-and-white moving images, a color band correlates to information on a map and two color charts that detail the various soil types. Below the soil keys and map is a series of small wooden shelves with actual soil samples.

If you picture settlers homesteading in this high-plains region in the 1800s, worried about water and carrying all of their irreplaceable possessions in trunks, you’re in the world imagined by Cedra Wood. Her acrylic-on-panel artworks in a series titled Transplants portray a woman and a man — modeled by Brinich-Langlois and artist Joseph Mougel — hauling their belongings in beautiful but cold landscapes. She invokes our confrontation with new, unfamiliar locales and the questionable validity of imported ideas and ideals. She also created garments based on designs from the homesteading era and on an intimate knowledge of this area’s plant species.

Mougel imagined himself as a grass farmer in the 19th century. The artifacts of his time at the Ucross Ranch include a wonderful book, A Journal of a Grass Farmer, with beautiful cursive writing and delicate drawings of plants; and Untitled Grass Arrangement, a selection of actual grasses, along with little labels, in an antique Mason jar. He also made a series of images, including the 32-by-40-inch print Bedding/Cache and 57 jewel-like ambrotypes of plant materials. The former represents the sleeping place of an antelope or other large mammal. “When an animal beds down at night, he imagined all the seeds that would be unleashed from the act and carried into the wind,” Davis said. She arranged the ambrotypes as if they had been taken by a breeze, strewn off the large print and up the adjacent walls.

In Yoshimi Hayashi’s I’mmigration, 2013 to Present we see scores of origami-paper bison and a few birds arranged on a long shelf. The artist thought about the huge numbers of bison that once roamed on this land, as well as about migration, migrant workers, Mexican buffalo hunters, and a border across which people used to roam freely. The face on all the origami papers is that of Brisenia Flores, a young girl who was murdered, along with her father, in Arizona by the radical Minutemen, who mistook her for an illegal immigrant. Hayashi interspersed into his herd a few cranes, a Japanese symbol of the hope that a loved one will recover from illness or ward off bad luck.

Gilbert is a walker, and much of his work is about walking. For his artwork, he envisioned constellations projected down onto the ground. He mapped out two constellations on the landscape, then he walked them and at each star place he made a photograph of the plant life. His UCROSS work is populated by many small photos of plants, such as sego lily and soapweed yucca. Then, with Bettigole, he composed Terrestrial/Celestial Navigations — Orion: Grasslands and Terrestrial/Celestial Navigations — Eridanus: Floodplain: two large (42-by-50-inch) digital prints of himself, his silhouette as if cut out of an aerial photo of the ranch. These “document the land, my path and the plants encountered,” he writes in a statement about the work.

“A lot of this [exhibit] is about slowing down and looking,” Davis concluded. “It’s the result of a lot of contemplation.” — Paul Weideman