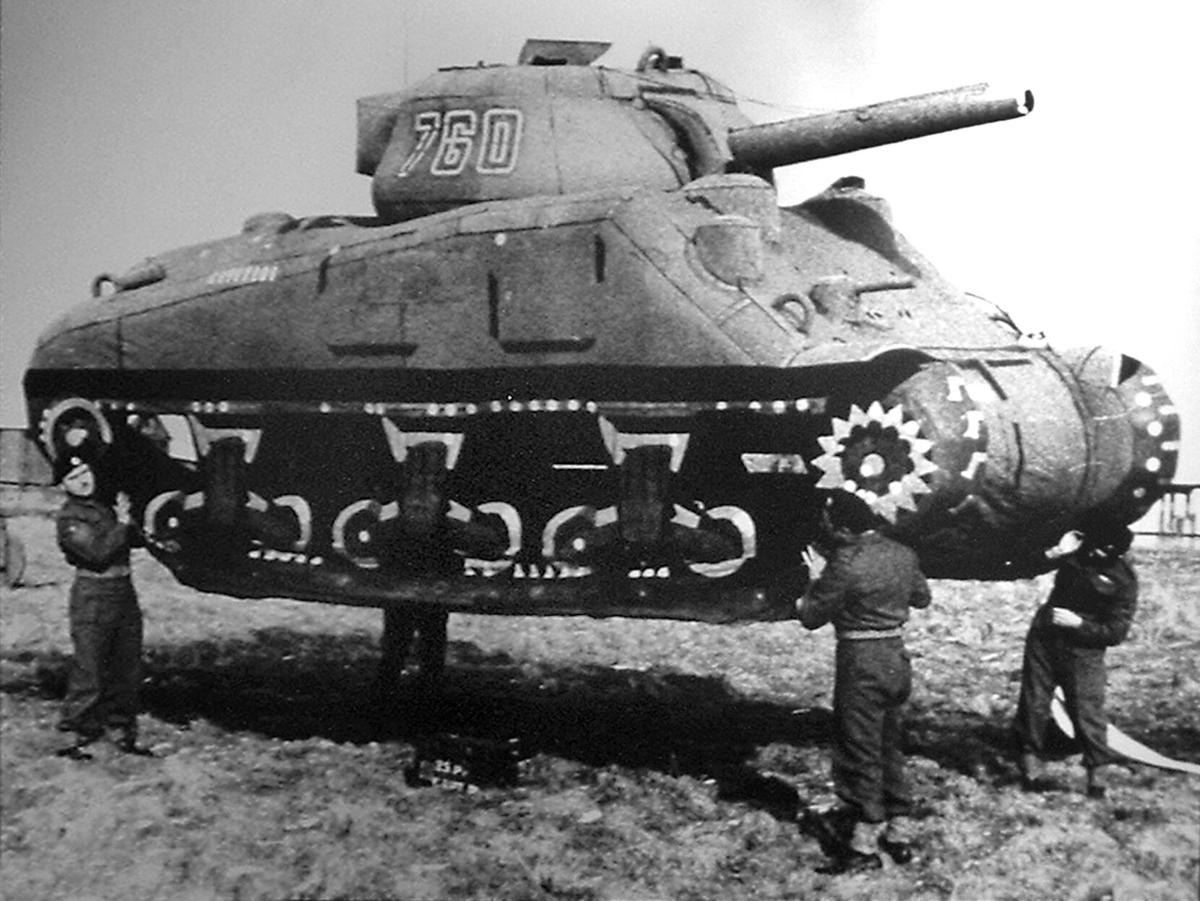 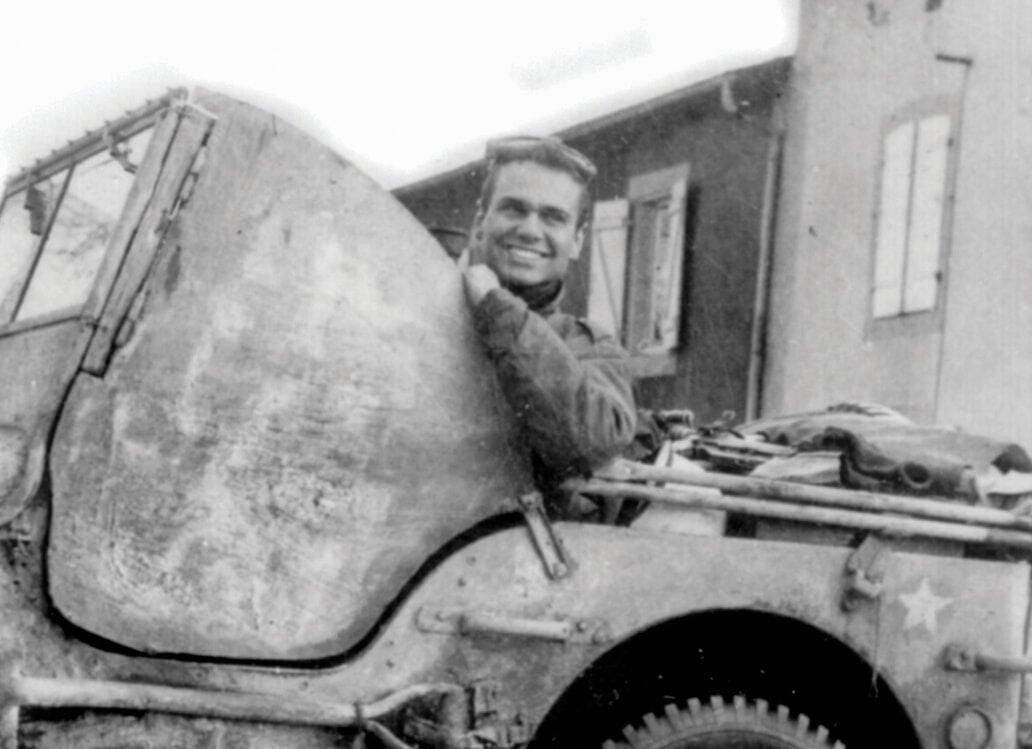 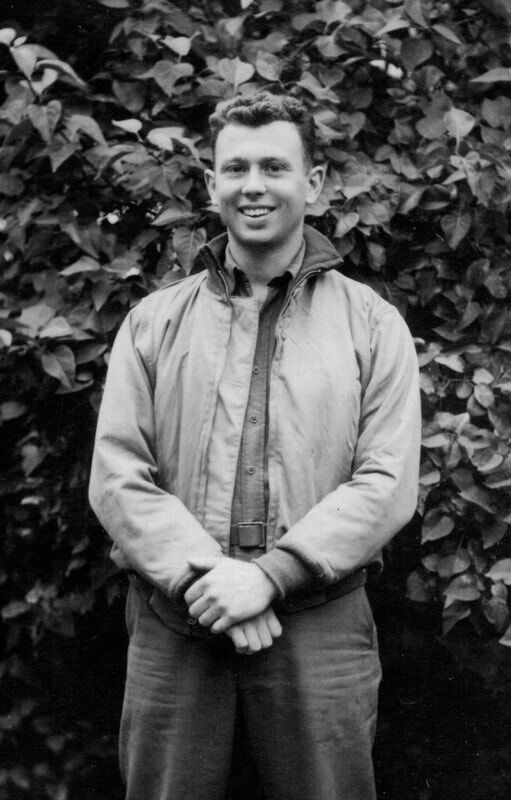 The 1,100 men of the 23rd Headquarters Special Troops, known as the Ghost Army, were part a top-secret military campaign launched by the U.S. in 1944 to conduct a series of special missions. Armed with inflatable tanks, a collection of recorded sound effects, and skills in subterfuge, they spread throughout the battle fields of Europe, intent on diverting the enemy through a campaign of deception, thereby saving thousands of lives. They set up phony headquarters and phantom convoys and divisions in a strategic plan to throw the Germans off their mark. And ultimately, they were instrumental in helping Allied forces win the war.

The Ghost Army was present at the landing in Normandy, the Battle of the Bulge, and the Crossing of the Rhine. But, to this day, the unit hasn’t been officially recognized for its service.

“They were told to stay quiet for 51 years,” says Roy Eichhorn, founding board member of the Ghost Army Legacy Project (ghostArmylegacyproject.org) and former director of research and development at the Army Management Staff College at Fort Leavenworth, Kansas. “The soldiers took it seriously, and they didn’t talk to anybody.”

Knowledge of the unit’s existence remained top secret until 1996, when it was declassified. Today, less than a dozen of its members are still living. Part of the Ghost Army Legacy Project’s mission is a campaign to award the unit a Congressional Gold Medal. The House of Representatives voted to pass the Ghost Army Gold Medal legislation on May 18, but the bill, S. 1404, has yet to pass the Senate, where 67 co-sponsors are needed to bring it to a vote. So far, the bill has 47 co-sponsors in the Senate, including senators Ed Markey, Susan Collins, and John Kennedy.

“We started on the bill six years ago,” Eichhorn says. “It’s taken that long. We are blessed to have wonderful people on staff all over the Capitol that we’ve been working with. Right up until COVID hit, we were going office to office in the House and Senate. The fact that it’s bi-partisan and its of no cost to anybody, nobody’s really opposed to the idea.”

Ghost Army operations involved a great deal of artifice, and to be convincing, it employed artists and designers in its ranks. Eichhorn discusses their work on Wednesday, Aug. 18, during his talk, “The Ghost Army — Engineers of Deception.” Renowned fashioner designer Bill Blass, for instance, was a member of the 603rd Camouflage Engineering Battalion, one of four units comprising the Ghost Army. The Camouflage Engineering Battalion set up fake tanks, jeeps, canons, and other equipment, which were inflated with air compressors. The “equipment” was camouflaged — just badly enough to get the attention of aerial reconnaissance.

Blass’s unit included artist Hal Laynor, who was wounded at the Battle of the Bulge and convalesced in Paris where he studied under famed Cubist Pablo Picasso; minimalist Color Field artist and hard-edge painter Ellsworth Kelly, and famed wildlife artist Arthur Singer, who’s best known for his paintings of birds; and sculptor Stanley Martineau.

“Martineau disappeared from Ft. Meade one day and was listed as AWOL,” Eichhorn says. “The commander was furious. What the CO didn’t know was that Martineau had been working on a huge bust of Franklin Roosevelt, and he was dispatched to New York for the unveiling.”

Eichhorn’s stepfather, George Martin, another member of the 603rd, was also a lifelong artist.

“Shortly before D-Day, my stepfather was assigned to be the photographer,” says Eichhorn. “Each of the Camouflage battalions had a position for a photographer within the unit, so they could take pictures and see how well the camouflage appeared on film. Quite a few of the pictures we have of the Ghost Army are pictures that my stepdad took.”

Eichhorn began his research in 1980, reconstructing the unit’s history piece by piece. And that history is far from complete.

“At the time, the Army did not maintain rosters of enlisted personnel they way we do today, because the enlisted men had higher casualty rates, and there was more movement through the units. We only have partial rosters. We have an archivist who is hunting down various and sundry leads, but she’s only got data on something like 20 percent of the unit.”

But that data includes the names of two members of the unit who were from New Mexico: Abelico Baca Barela (1918-2009) of La Joya, who served as a clerk in the Civilian Conservation Corps in Bernalillo prior to a four-year stint as a clerk and typist in the U.S. Army; and Gilivaldo Martinez (1923-2006), who was from Tucumcari and served as a truck driver in France as part of the Ghost Army.

Ralph Nava, chairman of the New Mexico Military Museum Foundation, is hoping Barela and Martinez’s family members will be able to attend the presentation, where the men can be recognized for their service.

Over the years, Eichhorn hit a lot of dead ends, simply because so few people know of the unit’s existence and could knowledgeably discuss it.

“It was frustrating because nobody could say anything. The Army effectively lost their corporate memory of it because it was lost through a number of generations. While some of the veterans stayed on with the Army, they had retired out. It was this odd memory hole. I went to the Center of Military History, and they didn’t really have much. The last big group of documents we have wasn’t declassified until 2012. When I was at the Army Management Staff College, I would say, ‘Hey, my dad said a little bit about this and this. What can you tell me?’ And people would go, ‘Aw, the Army never did that.’”

But the truth is that they did.

During the two-hour presentation, Eichhorn discusses the operational aspects of the missions. Later, he talks about art-school training that the men brought with them into their military service.

The Ghost Army’s creative deception tactics were novel during World War II, but the unit laid the groundwork for strategies still in use today.

“The nature of the technology has changed,” Eichhorn says. “The basic concepts behind what they did has not.” ◀

▼ “The Ghost Army — Engineers of Deception”

▼ Presentation by Roy Eichhorn of the Ghost Army Legacy Project

Great article; fascinating story. Q: Will the presentation also be available via Zoom?