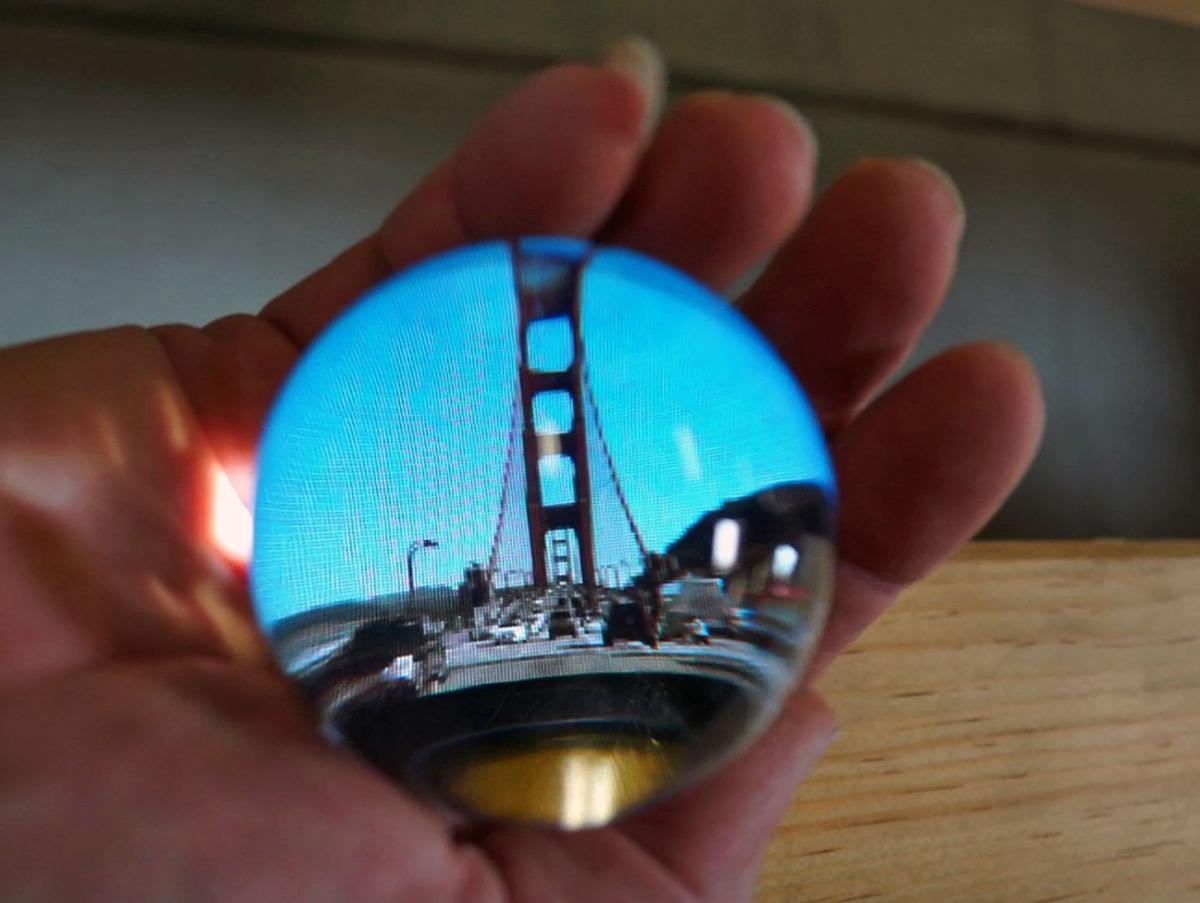 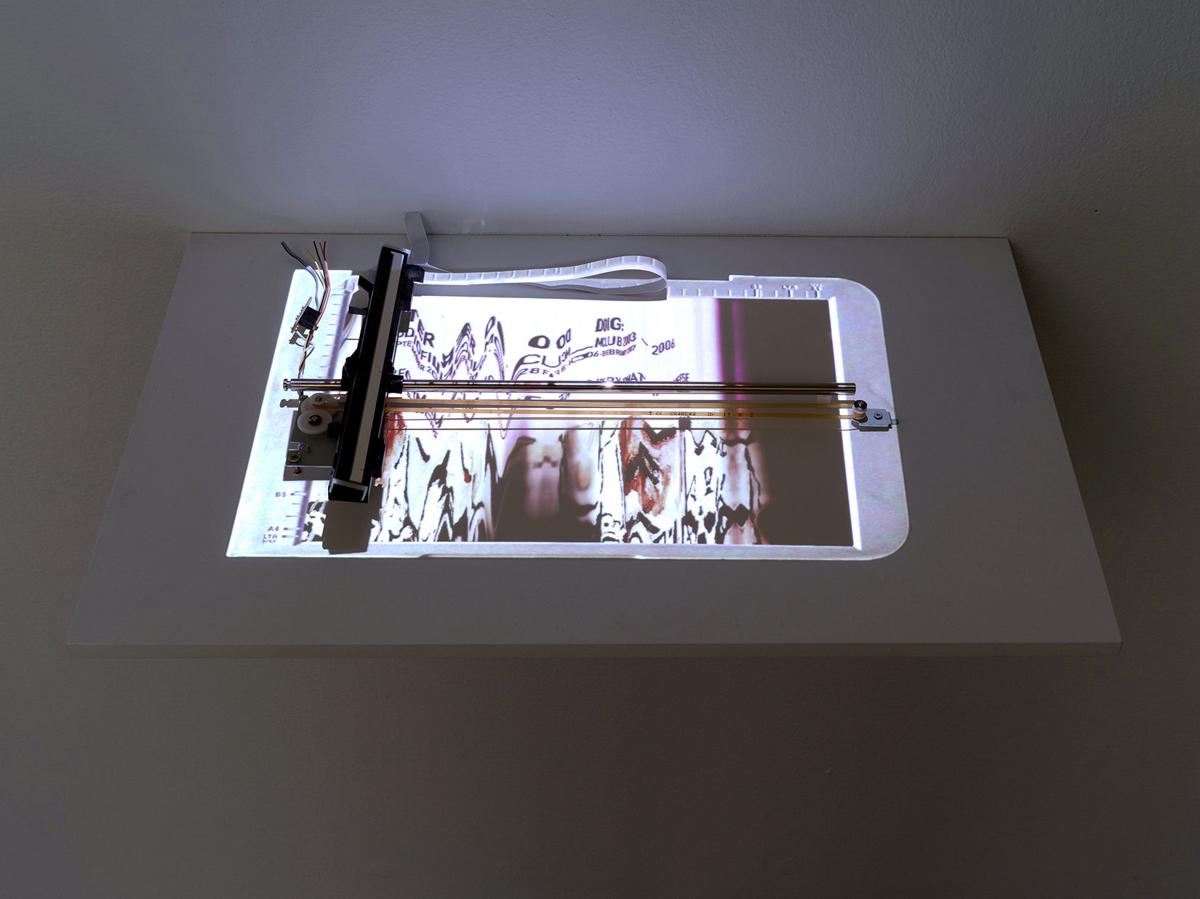 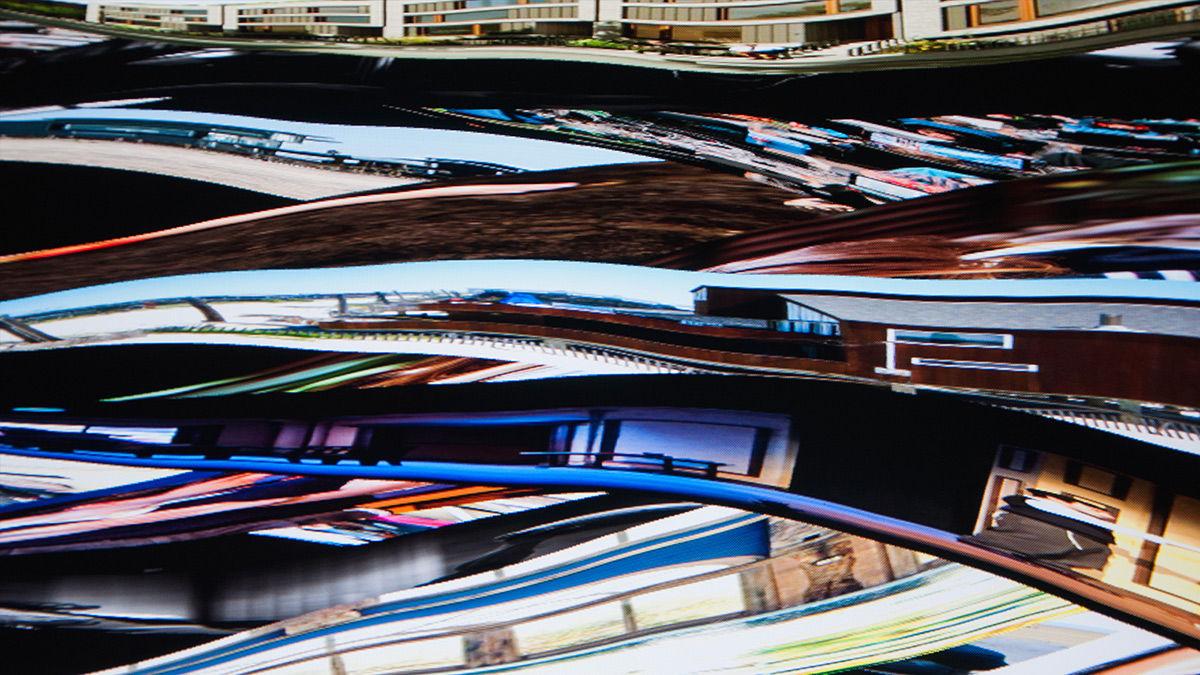 The Cinema Snowglobe developed by JD Beltran and Scott Minneman is one of the fab gizmos on display at this year’s Currents festival. The device’s creators are joined by 13 others in the CODE and NOISE exhibition. “Scott is the technology brain, and JD is the artist” and current president of the San Francisco Arts Commission, according to Currents guest curator Christine Duval. “They have been able to insert a video that’s activated with motion sensors by shaking, just like a snow globe. It’s quite amazing to have a high-resolution video inserted in that scale.”

Duval has worked as an art curator for more than 20 years and is on the board of the Palo Alto Art Center. She first staged CODE and NOISE at the Art Silicon Valley Fair in San Mateo, California, last October. The exhibition’s focus is computer or “generative” art, a realm that surged after Massachusetts Institute of Technology graduate Casey Reas released Processing, an open-source (free and modifiable) programming language developed for electronic arts and new media, in 2003. “Casey is in our show, which is basically about software. The title’s ‘code’ applies to artists who have written the software themselves, and ‘noise’ applies to artists who are using some kind of software without having the ability to manipulate it. A good example is James Lanahan. He’s a photojournalist by training, but he’s also a technologist who was involved in developing the first digital camera, so he’s very interested in the ability of including photography into a software.” After a trip to Europe, Lanahan had an accident that damaged his hard drive, scrambling and corrupting his photos and other information. After he used recovery software, the files were still messed up, but he loved what happened to the photos. Currents festival-goers will view side-by-side images that contrast Lanahan’s photos with others that were “fixed” by the software.

Artist/engineer Clive McCarthy, also from San Francisco, has invented what looks like a painting machine. It’s based on a program that he loaded with his own photographic images; the program uses them as the starting point of never-ending paintings. “He wrote this program with every single detail,” Duval told Pasatiempo. “He’s able to control the speed, color, brushstroke, the thickness, the light. It’s mind-blowing. Everything is controlled by his code. It’s a computer software, and it’s creating the painting — and it’s one of a kind. It’s continuous, and whatever you see at one moment [then] will be completely gone.” Currents has three McCarthy screens.

Brooklyn artist Laura Splan is not a technologist, but she has used Reas’ Processing software. Her work in the past has been in the realm of science, but the applications were paintings and performances and sculptures, Duval said. The Splan piece in CODE and NOISE looks like a fabric. “She collected data from doing performances. She hooked up to an electromyogram and recorded her neuromuscular activities while she moved, and the output can be sculptures or even tapestry. We will have a 7-foot handmade tapestry that is actually the recording of her muscles.” That piece illustrates Duval’s premise: The works don’t have to be on a computer or even moving; they’re simply using data from software. In an overarching sense, the data are the artistic medium. The tapestry is also an example of the curator’s preference to include many mediums in her group shows.

Duval curated her first show that included technology in 1998 at the Sherry Frumkin Gallery in Santa Monica. “I remember considering it in 1994, but I thought, we’re not ready yet for showing a piece of equipment rather than a piece of art. For the exhibition in Silicon Valley last October, I didn’t want people to look at it as a technology show; I wanted it to be about the intention of the artists. The medium is their code, but just like a painter has tubes of paint and brushes, that doesn’t take away from the artistic intention or comment. For this show, what is amazing is that everything is literally hung on the walls. It’s clean, it’s completely self-sustained, and I think that’s also why technology is becoming more accessible and more handled by collectors and museums.”

CODE and NOISE, a computer and generative-art installation, is featured at El Museo Cultural de Santa Fe, from Friday, June 10, to June 26.