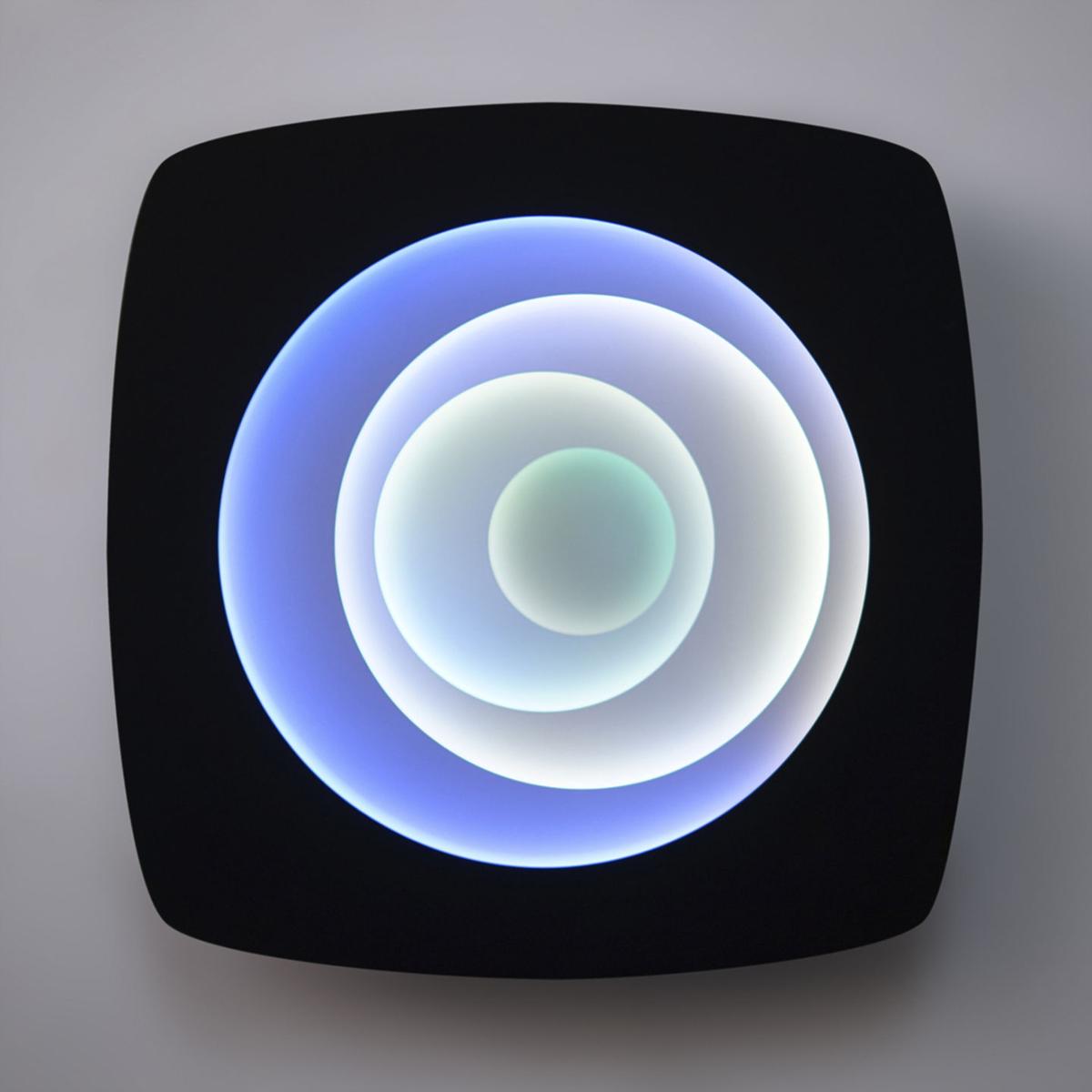 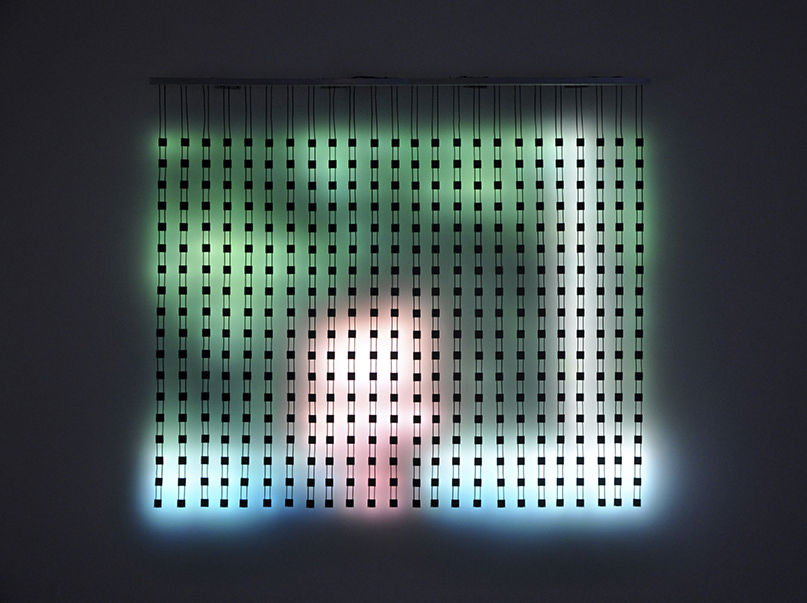 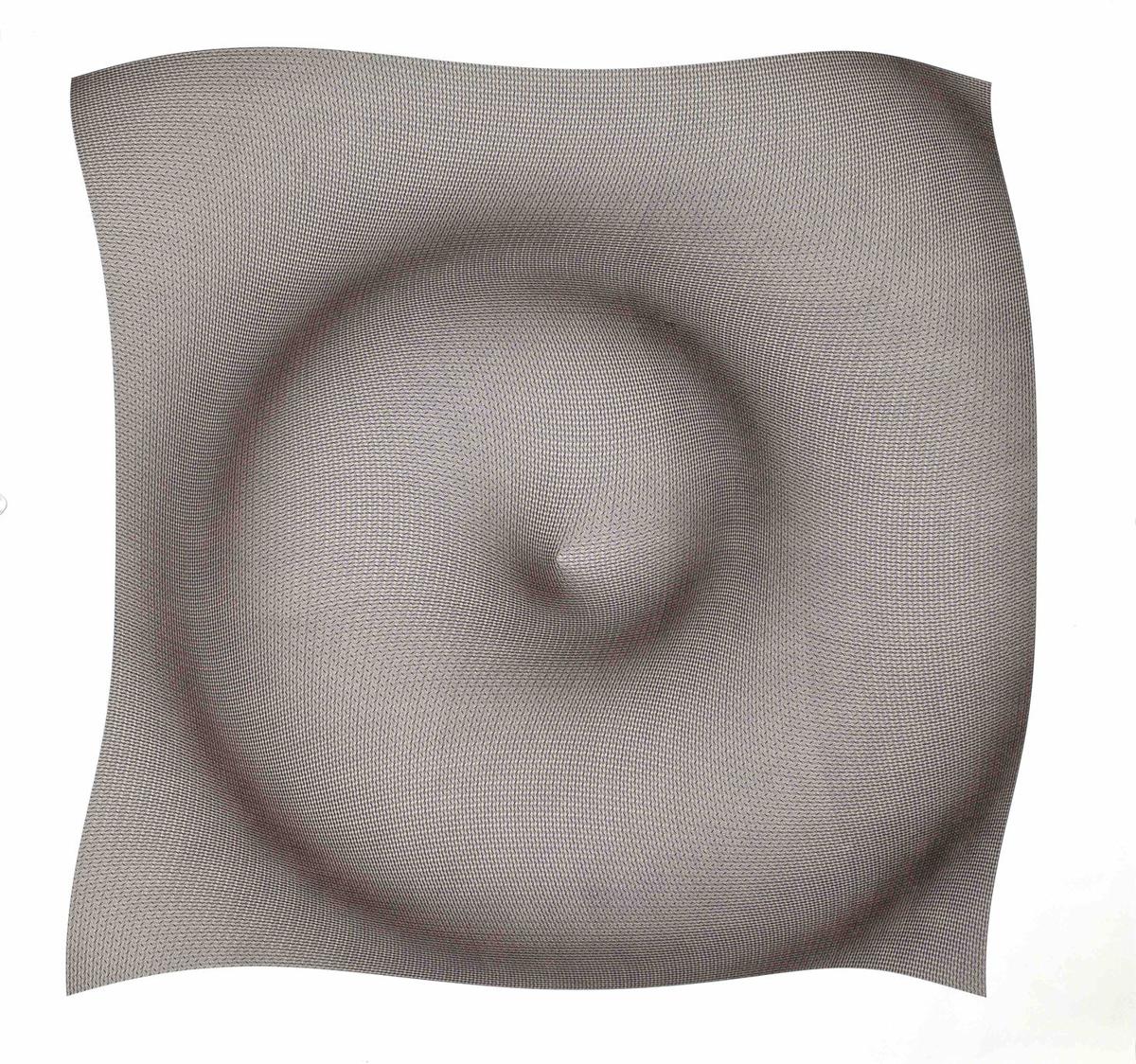 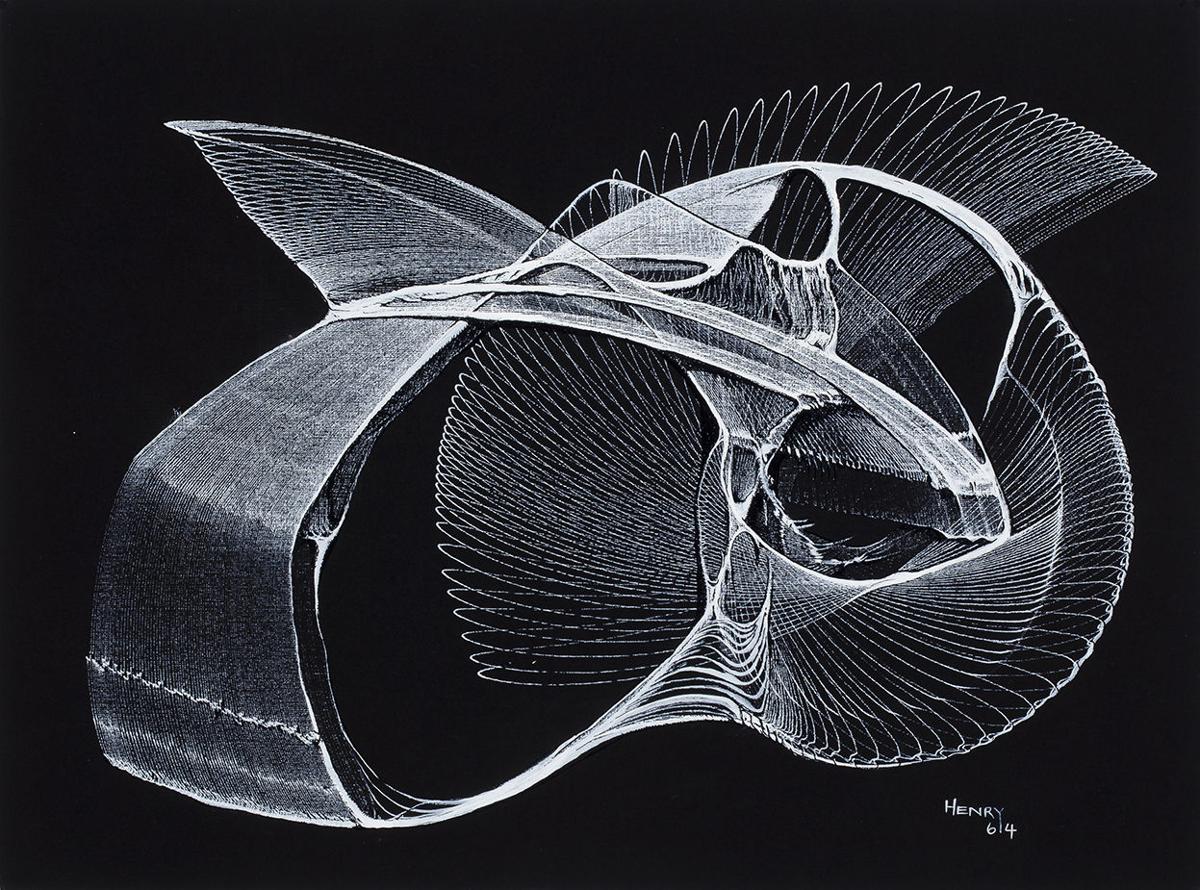 Art House seems to have broken gently upon the scene in Santa Fe since last year, when it moved into the spot on Delgado Street that was formerly occupied by Eight Modern. Little fanfare has accompanied the new venue’s premiere exhibit Luminous Flux, a show of digital art and new media. The venue, devoted to exhibits featuring works from the art collection of Carl and Marilynn Thoma, is a homey, welcoming sort of gallery, like several you’ll find along nearby Canyon Road. It’s not particularly big, and in order to see a couple of the pieces in its current exhibition Luminous Flux 2.0, New and Historic Works From the Digital Art Frontier, visitors must thread their way through the kitchen. But the incongruity of the space and the works housed within it create their own kind of magic, and Luminous Flux 2.0 is full of surprises.

The Thomas have been collecting for several decades and philanthropy is part of their objective. Their Thoma Foundation lends artworks to other venues, provides grants to individual artists, and funds art initiatives. “We just feel like the arts is one of those mediums that can cross a lot of bridges and hopefully inspire people to do great things,” Carl Thoma told Pasatiempo. “Most everything we collect we’re going to give away. Who knows where these collections will all end up?”

Some of the earliest works on display were made in the 1960s by Desmond Paul Henry, the only artist in the show who is no longer living. The medium used for the drawings, which line the walls of a central hallway, seems basic — ballpoint pen and black India ink — but the drawings are the product of a machine: a World War II-era bomb-site plotting device, an analog computer modified by Henry to create skeletal, organic, intricate abstractions. Another early computer artist, Jean Pierre Hébert, was among the first artists to use computer algorithms to create drawings. His intricate works on paper, made on a drafting plotter, appear three-dimensional. Hébert, like several artists in the show, has a background in science and is a current artist-in-residence at the Kavli Institute for Theoretical Physics at the University of California, Santa Barbara. “In the ’60s, professors — which most of the artists would turn out to be — would write algorithms that then would drive inkjet printers to produce drawings,” Thoma said. “They were writing this code without a monitor to actually see what they were doing. You can imagine writing code and the only output you see is going to be three days later when it’s a finished drawing on a slow-moving plotter.”

Manfred Mohr’s P-777B is a more recent example of algorithm-based art, an abstract computer animation whose imagery is designed to never repeat. The exhibition contains two works by Rafael Lozano-Hemmer: Method Random 4 and Pulse Index. Method Random 4 is an arrangement of five vertical bands composed of colored pixels. The pixels in each band decrease in size from left to right. It was produced using a flawed algorithm written in the ’60s that was intended for use in cryptography and was designed to produce random numbers. Lozano-Hemmer assigned colors to the code and the resulting image shows a chance alignment of the pixels.

Pulse Index is an interactive installation, a much larger version of which was shown at SITE Santa Fe in the 2012 exhibit Time-Lapse. Like the pixels in Method Random 4, Pulse Index is a grid of increasingly smaller images, in this case, of viewers’ fingerprints. Insert a finger into a small device that reads your pulse, and your fingerprint is recorded. The recorded image is added to the grid, which becomes an evolving, random portrait of the people who come into contact with the artwork. “I think kids, especially, find it motivating,” said Thoma. “You need something interactive that draws people in, to get them engaged with the art.”

Peter Sarkisian’s Ink Blot is an example of video sculpture. It’s an ingenious projection of a man who appears to be crawling out of a puddle of ink spilled from a bottle. He leaves a snaking trail of ink behind him as he crawls over the surface he’s projected onto: a real blotter and notepad arranged on a table. Alan Rath’s Electric Eyes, another sculptural work, is an unsettling object, consisting of a cylinder set with two small monitors that depict a pair of pleading, disembodied eyes — a human soul, perhaps, trapped or subsumed by technology.

Sabrina Gschwandtner’s Camouflage II mimics the appearance of a patterned quilt; however, it’s made from strips of a film about the textile industry and an instructional film for children about shadow puppets. Her use of recycled materials recalls the use of salvaged fabrics in traditional quilting. The artist’s “film quilt” is backlit by an LED light-box. LED technology is also used in Jim Campbell’s Home Movies, Pause in which the artist, a former engineer in Silicon Valley, took old home movies shot on film and recreated them digitally. A grid of diodes hangs several inches from the wall, projecting a low-resolution version of the home movies, blurred deliberately to the point of near-dissolution. The viewer is left watching a tantalizingly familiar but obscure set of moving pictures. “You don’t need to see a lot of information to form an opinion,” Thoma said. “That’s the way we live our lives. You don’t need to see a lot of an image to know what’s there.”

Among the most compelling works in Luminous Flux 2.0 is Craig Dorety’s Offset Circles — Yellow Flowering Tree Against Blue Sky. The piece is a series of layered circular panels inset with LEDs that cause each circle to glow, as though from within, with its own light. The shifting colors and offset composition of the concentric circles is designed to mimic the effect of ocular hallucinations produced during migraine headaches. It’s a disorienting work with a hypnotizing effect that makes it difficult to pull your eyes away.

Part of the problem with collecting works in new media is that it often requires monitors, hard drives, projectors, and other equipment in order to be seen, plus it draws a lot of power. “The maintenance to keep all this equipment working eats up a lot of time and that’s the downfall of it,” Thoma said. “This show is mostly pretty small pieces but we’ve got pieces so big they can really only be in a public facility. They’ll take up your whole living room.”

The Thomas don’t just collect works in digital media but are also avid collectors of contemporary Japanese bamboo, Spanish colonial arts, and early 20th-century modernist works. But the focus of their contemporary collection is on Color Field, hard-edge, and Optical Art works, as well as pieces in new media — works that lie at the intersection of art and technology. “Our collection centers around art that takes a lot of thought before it gets produced,” Thoma said. “You can say that about all great art, but this work is a little bit more systematic in the sense that it has to be done precisely or it doesn’t work.” ◀

Santa Fe is blessed to have a new art jewel added to all the other museums and art spaces.