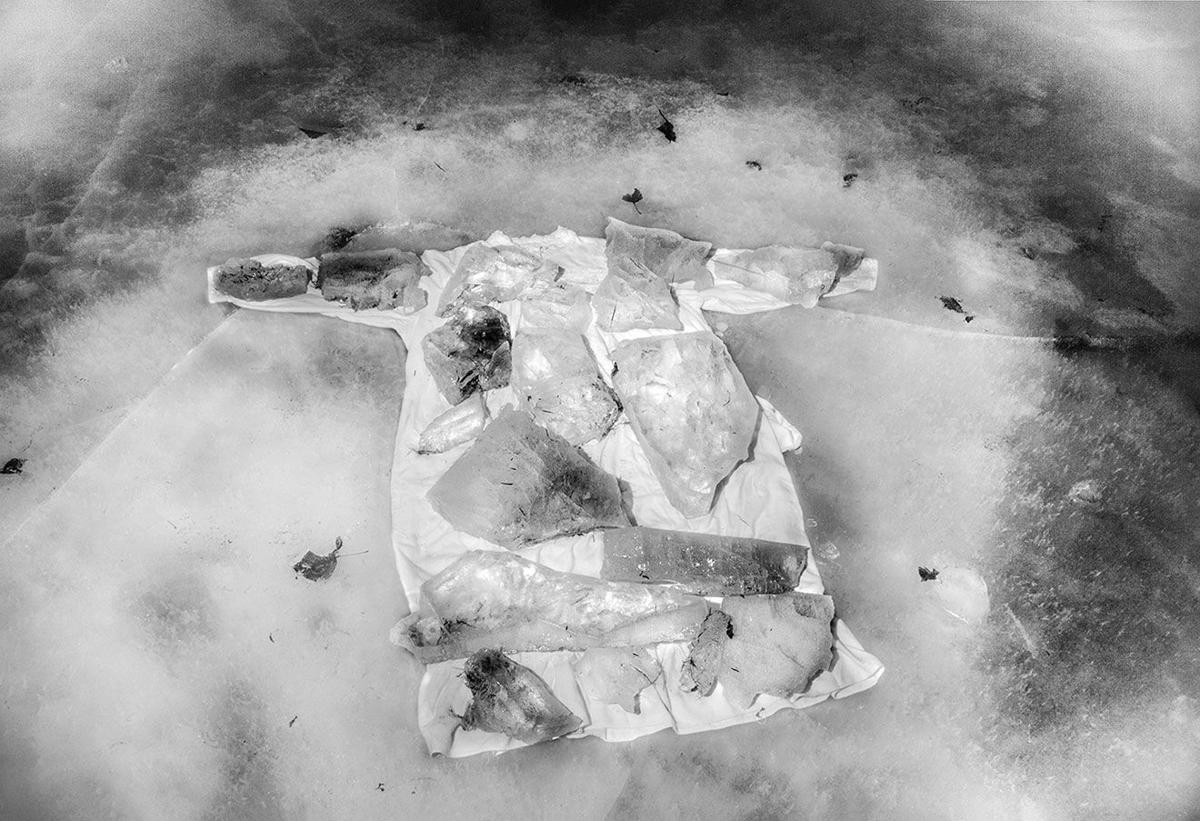 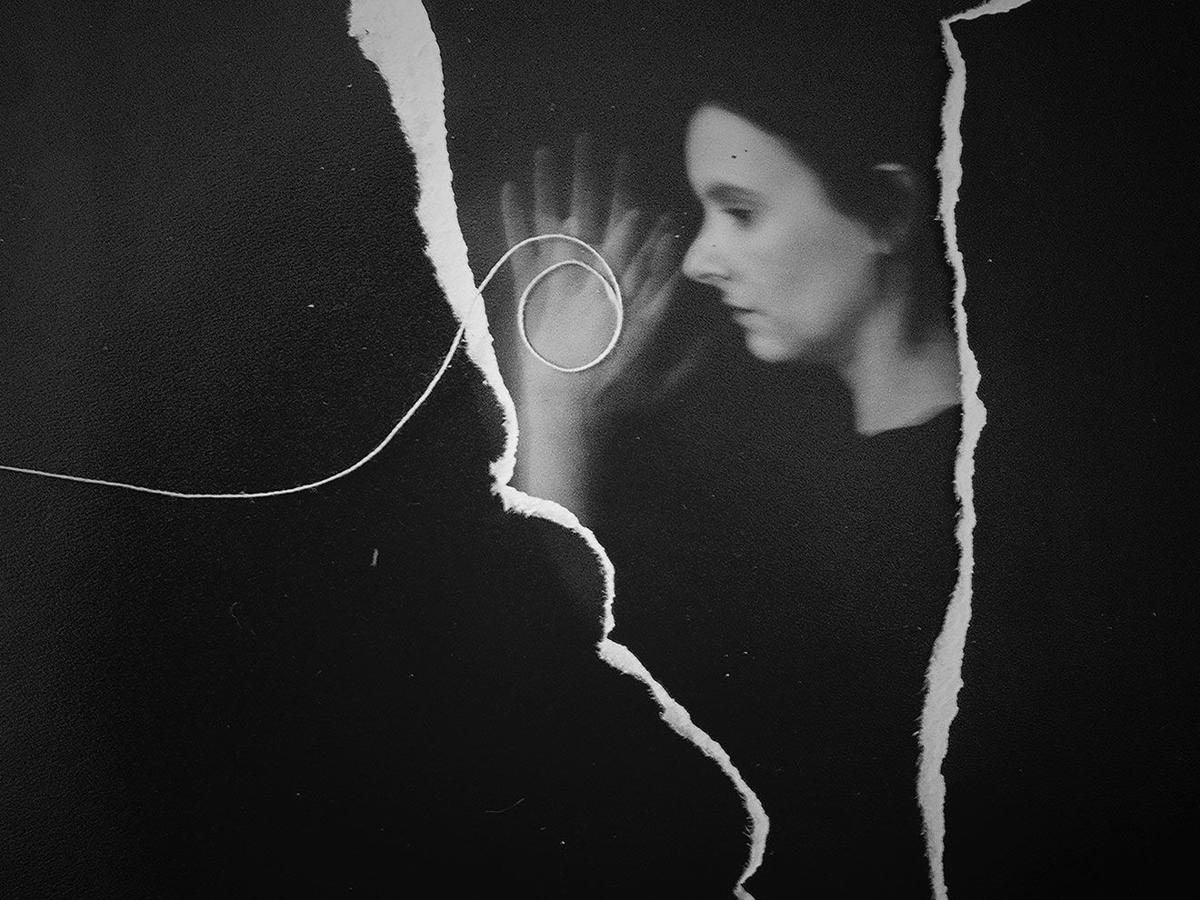 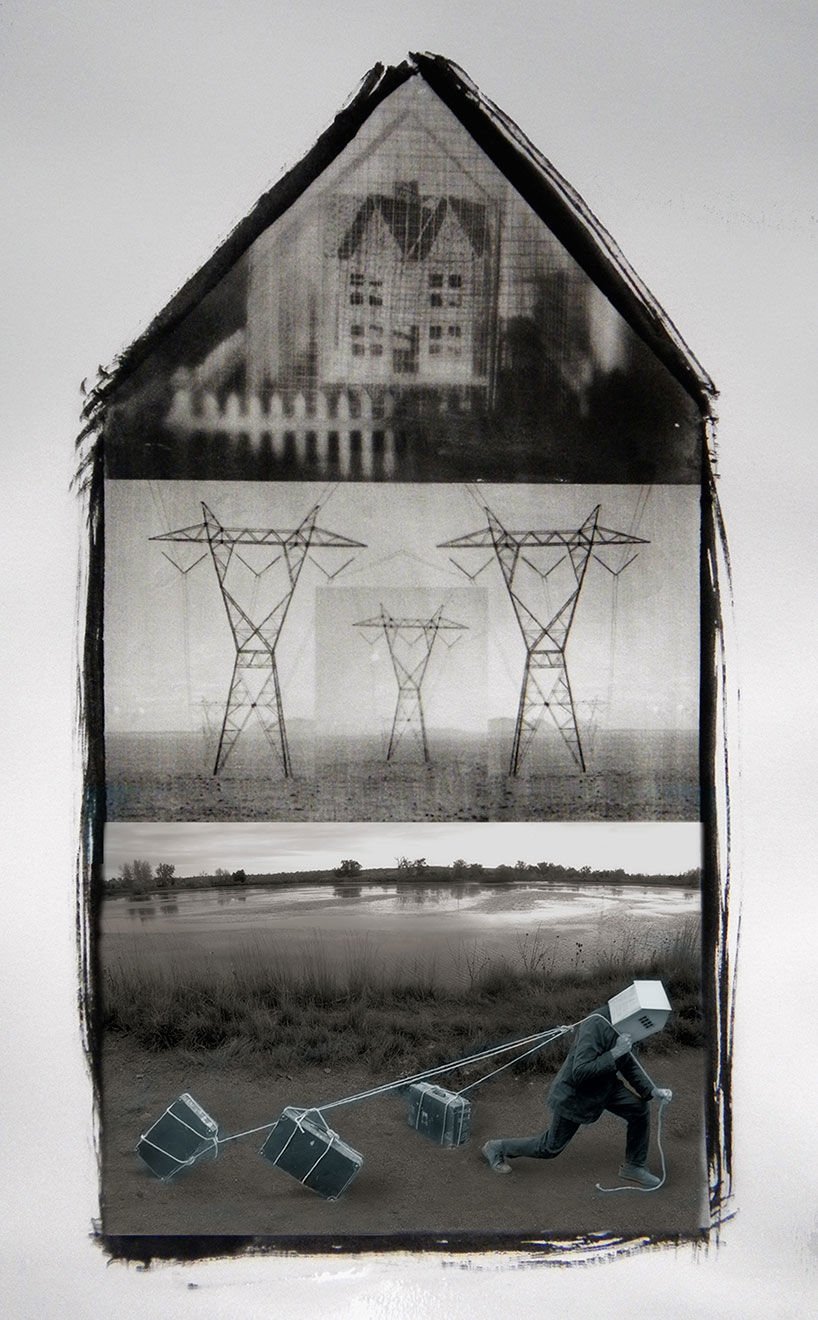 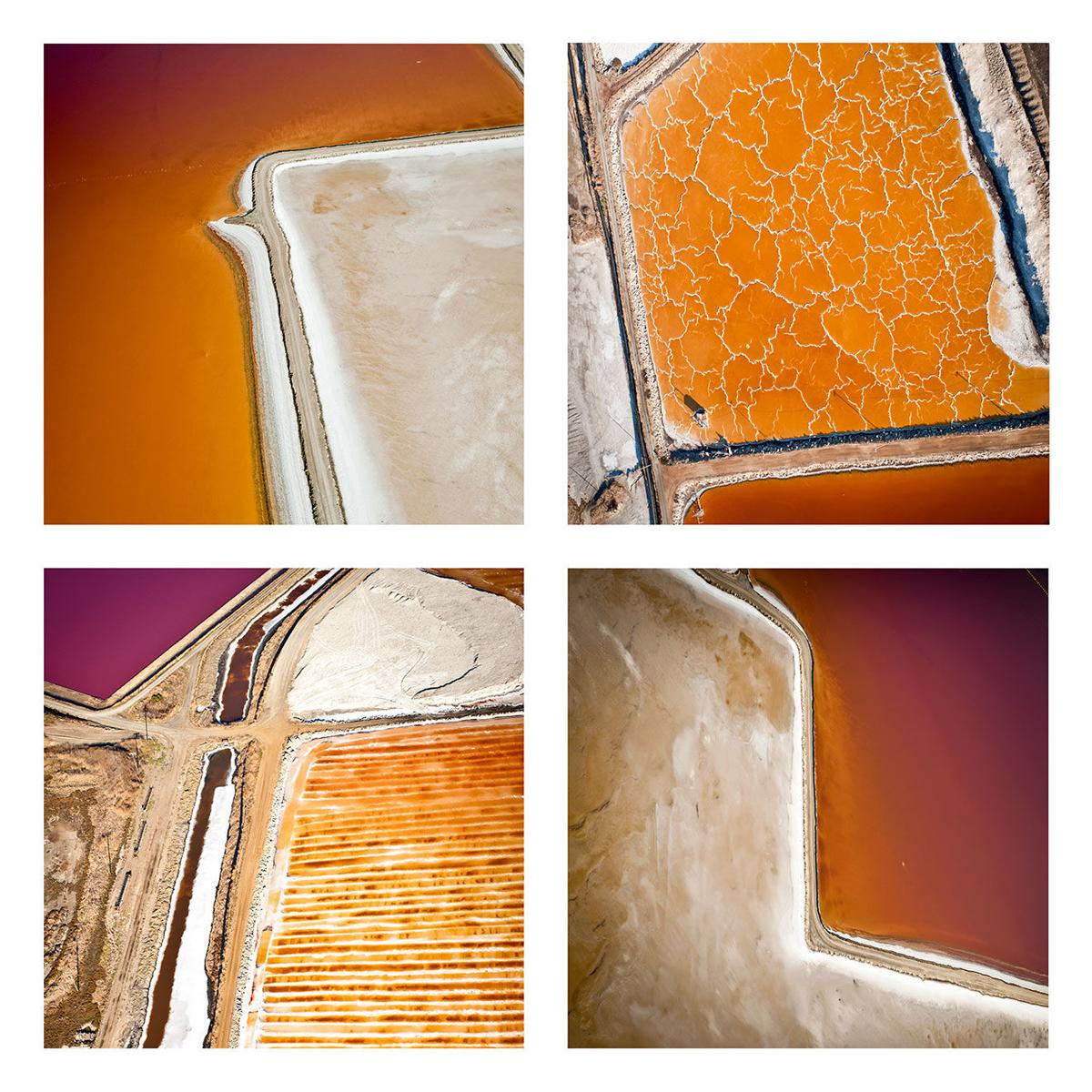 The tableau vivant (living picture or sculpture) has a long history in Europe and the United States as an art form that combines aspects of theater and the visual arts. Models hold stationary poses in staged ensembles before an audience, sometimes for hours on end, often recreating scenes from famous works of art. Ryan Schude gives the tableaux vivant a contemporary twist in his photography, staging elaborate group shots that express a wide range of narrative situations. Among Schude’s work is a series of photos he calls Tableaux Vivants, in a spin on the term, which typically refers to live performances.

One of six photographers whose work is on view in the exhibition Shifting Perspectives at Currents 826 through Nov. 29, Schude invests each image with a complex arrangement of figures and actions. In Diner (2008), for instance, the Los Angeles-based photographer posed models around a diner. Inside, a family sits at a booth and a waitress, standing at their table, gasps in horror as she drops a plate of food. Several members of a high school marching band sit outside the diner. A man on the street, floral bouquet in hand, catches the eye of his sweetheart, who watches his approach from inside the diner. Down the street, other members of the marching band are in the act of loading (or unloading) drums from a white van.

It’s typical of Schude’s work to contain multiple actions outside of a home or building with scenes happening inside, as well, which can be glimpsed through a window. “I try to make those layers and give some depth to the whole scene,” says the 40-year-old Schude. “You have as much weight going on inside as you do outside. Hopefully, you never run out of things to look for.”

Schude plans to attend the photo festival and hopes to create a new tableau using Center staff as models. It’s no simple task. There’s a lot of groundwork to cover before a shoot. For each image, Schude is mounting a whole production, not unlike what goes into shooting a movie scene. He typically starts with a scouting expedition to find a location. “The majority of the time, I’m drawn to a location’s aesthetic, and then I’ll try to develop a story around the location,” he says.

In the past, he’s used Victorian houses, the elegant interiors of upper-class homes, trailer parks, and even an abandoned motel. He typically hires professional actors as his models. He mainly uses whatever props are on hand, and then lights the scene. The images range from the absurdly comical to the haunting and ominous. Carol (2013) was made in collaboration with photographer Ross Feighery, and it depicts an elderly woman gleefully shooting toy arrows, willy-nilly, at objects in her home. A much more unsettling image called Limbo (2009), a collaboration with photographers Dan Busta and Tamar Levine, offers a scene of children and adults, each holding a lottery number — some carrying luggage — waiting in a nondescript, bare interior as a man in red appears at a doorway, apparently calling out numbers from a roster. Smoke drifts into the room from the open door. Is it the entrance to hell? Once their number is called, one surmises, the subjects are destined for an ill-fated encounter. But the story here is open-ended. Schude invents a story for each tableau vivant he shoots, but the narratives are partial and loose, leaving much to the imagination of the viewer.

“You have a specific story in mind, so you’re not making it all up once you get there,” Schude says. “But you’re also trying to stay nimble and free to let things shift so that it makes sense for the space.”

There’s no specific theme for the Center exhibition. Each photographer is showing a series of work that differs in style and subject matter. What they do have in common is that their work involves a high degree of creative thinking or incorporates new techniques. “It was interesting to see what intrigued them from a new media or moving image perspective,” says Laura Pressley, Center’s executive director. Currents 826’s purview is interactive and immersive art forms, and work that incorporates or intersects with digital media.

Boissevain’s work is centered on environmental and social justice issues, but she’s not a documentary photographer. She explores the dichotomy of natural and human-made landscapes through surprising juxtapositions or from unique perspectives. Her aerial photographs of salt evaporation ponds (artificial salt pans used for extracting salt from seawater), for instance, appear as vibrantly colored abstractions rather than traditional landscapes.

In the series Translucence of Time, Lipkin shoots seascapes, adjusting the length of the exposure to create atmospheric images that are not sharply defined but that evoke a sense of the volatile, changeable nature of their subject. Printed on a large scale (as much as 3 or 4 feet high by 7 feet long), they capture a sense of the ocean’s vastness.

Visually, it is de Varona’s work that resonates the most with Schude’s. His practice ranges from candid street photography to staged and posed images that involve the use of props. In the case of the latter, de Varona is showing a series of work, Understanding the Familiar (2018), which is based on his family’s efforts to reconnect with the spirit of their dead mother. A nightgown that belonged to his mother figures prominently in many of the images. The garment is a lingering reminder of the family matriarch, a trace element from her former life.

Thematically, the photos bear a resemblance to the work of Thames, who’s showing four images from her series Trauma, which deals specifically with the subject of transgenerational trauma — a theory which states that the trauma affecting members of one generation can be passed down to subsequent generations.

“It’s a pretty introspective body of work, and quite personal,” Thames says. “But, just to be clear, as personal as this series is, I think the message is more general. It’s not about trauma I necessarily experienced myself, even though there’s some of that.”

Thames’ parents were born in Germany during the 1930s. They were witnesses to the atrocities committed during World War II. In addition, her mother experienced the trauma of familial abuse. “I didn’t know about these things until much later in my life,” Thames says. “Because of the stories I heard, things that I’ve been struggling with in my own life started to make more sense.”

Trauma isn’t depicted in her series in any overt way. Rather, the black-and-white imagery — composed mainly of self-portraits — is ghostly and dreamlike. It’s soft-focus photography, in which her face and hands are often superimposed over one another, and these disembodied elements seem to float in darkness. Sometimes her features are blurred.

Each image, she explains, is a double photograph, where a print is made and then manipulated — either by tearing, cutting, and splicing, or with the added element of white tape placed over her eyes or mouth — and then re-shot. When she does tear the photograph, it’s often spliced back together, reconstructed as a fragmented abstraction.

When she showed the series at a past Review Santa Fe portfolio critique, one reviewer told her he didn’t like the title. “It was because he couldn’t really see much trauma in the pictures,” Thames says. “Yeah. There isn’t obvious physical trauma, but that’s because generational trauma is often subtle and you may not realize until much later in your life how it’s affected you.” ◀