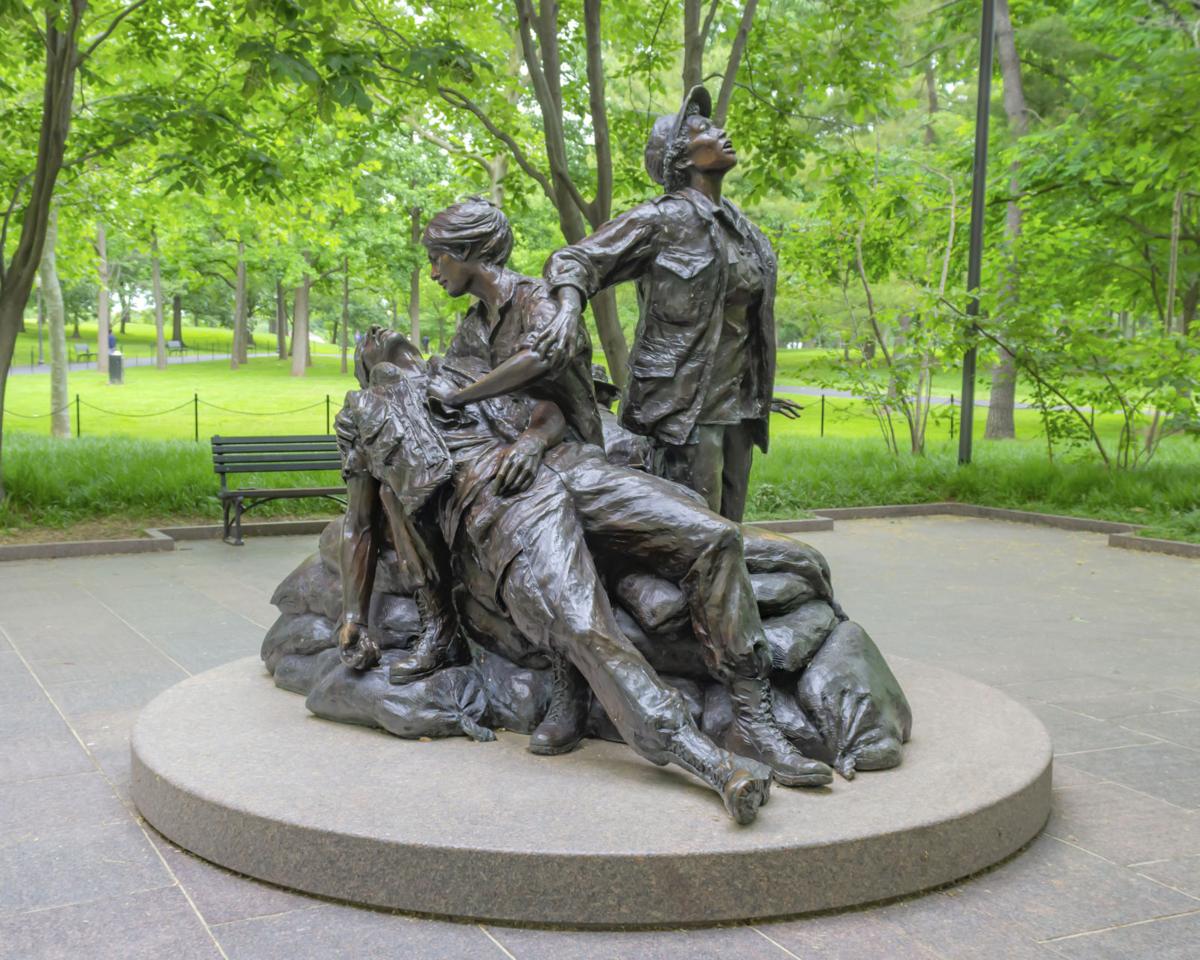 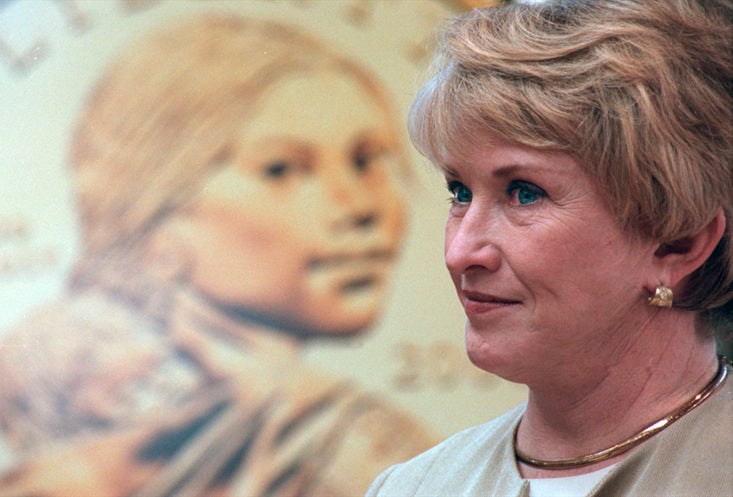 Almost every aspect of the war in Vietnam tingled with opposition. A battle to convince the powers that be in Washington, D.C., that women deserved to be honored for their own work in that conflict was no exception.

The idea was a simple one: something to honor the approximately 11,000 American military women, nearly all volunteers, who were stationed in Vietnam during the war and put their own lives on the line. But then nothing about the Vietnam conflict was simple. That idea turned into a 10-year crusade first waged by Diane Carlson Evans, a former captain in the Army Nurse Corps who was 21 when she was deployed to the war zone in August 1968.

“I thought this wouldn’t be difficult. Who would be against these women and all that they sacrificed? I quickly found out differently. There was this huge pushback, vicious and mean-spirited,” Evans says from her home in Helena, Montana. “What followed was a journey of unexpected bureaucratic obstacles, wrought with deep-seated sexism. But we didn’t give up. In the end, those wounded soldiers who had survived proved to be there for their sisters-in-arms, joining their fight for honor.”

Evans eventually reached out for help, forming the Vietnam Women’s Memorial Foundation, whose membership was comprised of nurses like her. She called former ANC captain, Jane Carson.

“Early in 1983, Diane asked if I would help her raise money to get a memorial placed on the National Mall in Washington, D.C.,” says Carson, who now lives near Eldorado. After a decade of bickering with authorities, Congress passed such a bill and President Ronald Reagan signed legislation in 1988.

The foundation quickly put their plan into action.

This is where Santa Fe sculptor Glenna Goodacre stepped in. The committee chose her work to put their idea into reality.

“Glenna was the kind of person you immediately love,” says Evans, who served in the Army for six years. “Joyful, a wonderful sense of humor.” Two weeks after being selected, Goodacre flew to Washington to meet with the Washington Fine Arts Committee. She brought along a 24-inch maquette, a clay likeness of four figures she had envisioned the final project would portray.

“Glenna walks in, poised, elegant, beautiful. Just Glenna, with this wonderful cheerfulness about her. But then, before she could even speak, the head of the seated figure of a nurse fell off and rolled onto the floor.”

Evans paused for a breath. “Glenna immediately puts her hand on her hip, looks up at us, and says, ‘Doesn’t that beat all.’ She reaches into her pocket, pulls out a bunch of toothpicks, and places that head right back on, immediately disarming the entire gathering.

“She told us that she spoke with some women who had served in Vietnam and said, ‘The setting is sandbags. From what I read about Vietnam, there were sandbags everywhere.’

“Glenna said she included the figures of a wounded soldier being cradled by a nurse because for those of us women who went to Vietnam, about 85 to 90 percent were nurses tending to these soldiers. [Goodacre’s] soldier has field dressing covering his eyes. He has no insignia. He is anonymous. He is everyone’s son,” Evans explains.

“The third figure is of a woman of color. In fact, all women who served were black, white, Asian, Hispanic. This woman is looking up to the sky, looking for the helicopter or God. Because for the wounded, the helicopter was God. It was their savior. Soldiers called us their angels.

“The fourth figure is a kneeling woman who reflects the anguish and futility of war,” Evans says. “She looks the way we felt at the end of the day. She is holding an empty helmet.”

After completion, the 2,000-pound bronze statue, which stood 6 feet and 8 inches high, was loaded onto a flatbed truck in Santa Fe’s P.E.R.A. parking lot to begin a 21-day journey to the National Mall. Along the way, it stopped at Goodacre’s hometown of Lubbock, Texas, the Mall of America in Minnesota, and other public gathering spots.

“Glenna Goodacre was a young mother raising two kids,” explains Dan Anthony, who was her studio assistant and manager for 33 years. “She was shocked and moved by the lady Vietnam vets she met.

“They were just kids, volunteers who were put in charge of these lives. She wanted to show all the emotion, sadness, and drama in the statue. We had Vietnam vets who dropped by the studio, and they would tell stories, and some would push a wad of clay onto the sculpture as they talked.”

The Santa Fe resident says that after the statue was loaded onto the truck, “a bunch of American Indian vets from different tribes, including a couple of Navajo code talkers, showed up. A number headed out onto the trail, eventually walking from Santa Fe to Washington. They were there when the statue was dedicated on the National Mall on Nov. 11, 1993.”

Jane Carson had the honor of traveling with the statue to cities along the way, from St. Louis to Arlington, Virginia. “It was so moving to meet with people who came by the hundreds to view the statue at various stops along the route.

“A young man in a wheelchair who had lost both legs from an explosion of a Bouncing Betty mine said he came to see the statue to thank the nurses who had saved him.

“A woman came up to me and shyly asked who the statue honored. She said she served in Germany from 1968 to 1972. I assured her the memorial was to honor woman veterans who had served anywhere in the world during the Vietnam War,” Carson says. “Tears came to her eyes and she hugged me: ‘Thank you for doing this for all of us.’ ”

Armed with a stipend from Santa Fe writer and philanthropist Sallie Bingham, this reporter went with the statue, from Santa Fe to a number of destinations along the way. One night in New York City’s Bryant Park, shadows of men and women approached the one-ton statue, still loaded on the truck. Some tenuously held onto shopping carts, stuffed with their belongings, while silently reaching up toward the statue to stroke it.

A book written by Evans, Healing Wounds: A Vietnam War Combat Nurse’s 10-Year Fight to Win Women a Place of Honor in Washington, D.C. is scheduled to be released by Permuted Press on Memorial Day and will be available in area bookstores and from Amazon.

“It’s a memoir of my service in Vietnam and how proud I was with the women I served with,” Evans says. “I am just so sorry that Glenna Goodacre will not be here to read it since she is one of the heroes of the book.”

Goodacre died on April 13 at her Santa Fe home following a long illness. ◀

This story has been amended to reflect the following correction. A previous version of this story incorrectly stated the year that the U.S. Congress passed a bill authorizing the Vietnam Women's Memorial. It was 1988.