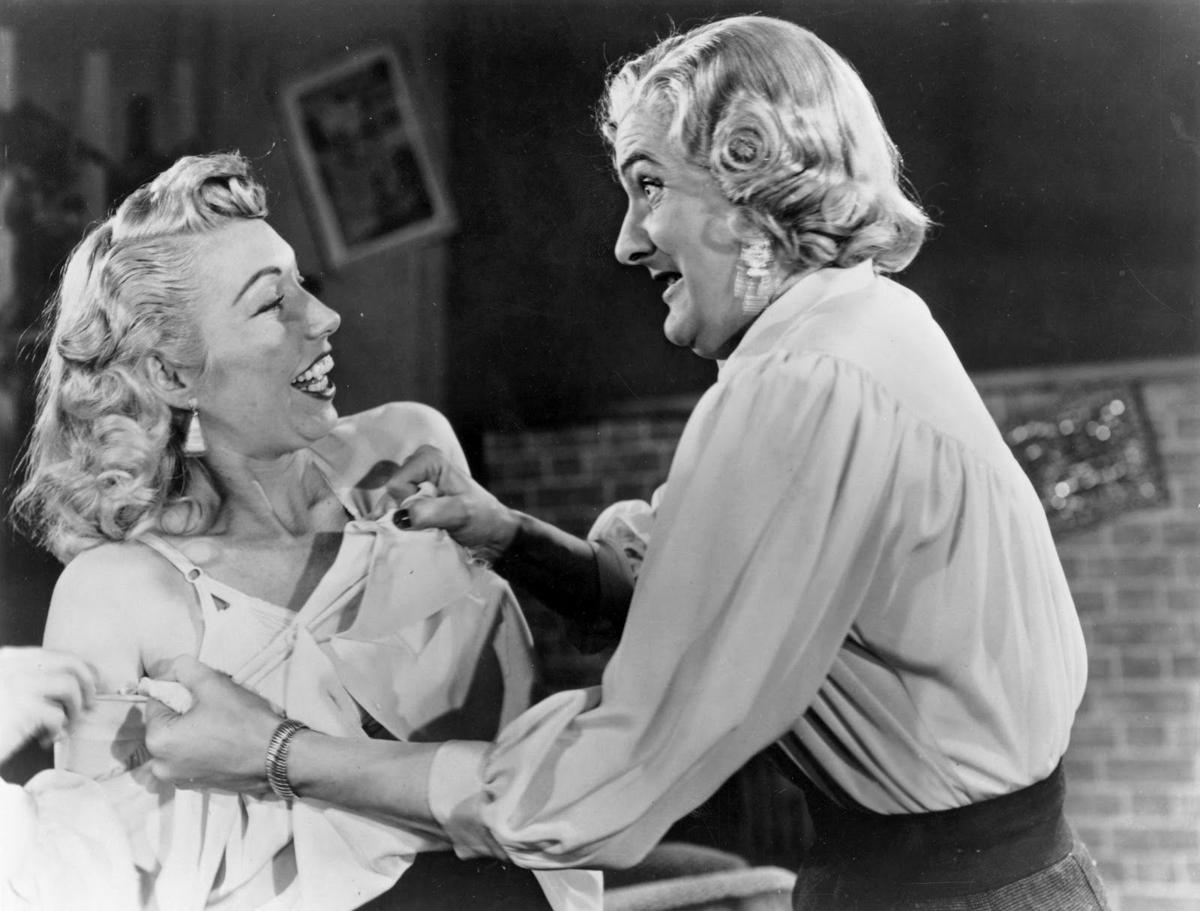 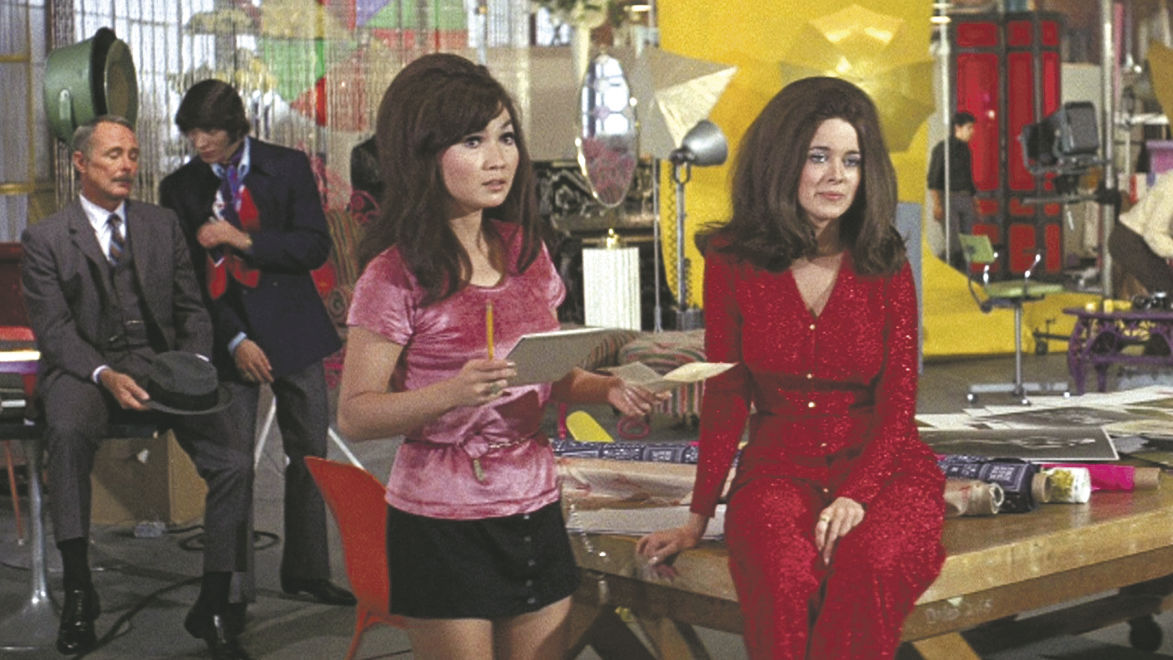 Beyond the Valley of the Dolls

Beyond the Valley of the Dolls

You’ve got to hand it to director Danny Wolf. He managed to track down cast and crew members from dozens of productions, not to mention notable film critics and film historians, to weigh in on the enduring popularity of that cinematic anomaly, the cult film. And it’s eminently watchable. Volume 3, Comedy & Camp, is the longest (and final) entry in the series, but its fascinating insider details make it compelling from beginning to end. Never mind if you haven’t seen every film it tackles. Time Warp will make you want to.

Our hosts, again, are filmmakers John Waters and Joe Dante, and actors Illeana Douglas and Kevin Pollak. And they’re not always on the same page. Pollak, for instance, questions Napoleon Dynamite’s (2004) status as cult film because it doesn’t fit the profile of most the films discussed in the series: films that found their audience long after release. “Wasn’t it insanely successful?” he asks. “There’s a cult aspect to that,” counters Dante, and Douglas and Waters add that its success came despite being helmed by an unknown director and starring a mostly unknown cast.

It’s not surprising that Time Warp follows Dynamite with Clerks (1994), another film that was made by a first-time director and with actors you’d never heard of. Kevin Smith filmed Clerks in the New Jersey convenience store where he actually worked, shooting at night then reopening for business in the morning. He financed it on a shoestring budget, mostly through credit cards. Smith was surprised to read reviews that hailed its black-and-white cinematography for capturing life in a convenience store as the security camera sees it. But he says his decision to film it in black and white was purely for budgetary reasons. It went on to win two awards at Cannes. Smith set out to make a comedy and inadvertently created an art film. It was also the first film threatened with an MPAA rating of NC-17 because of foul language.

Just as surely as The Rocky Horror Picture Show (1975), from which Time Warp derives its title, was an expected entry in Volume 1, you can’t have a documentary on cult comedies and not mention Monty Python and the Holy Grail (1975). John Cleese, who played multiple roles in the film along with the rest of the acclaimed British comedy troupe, explains that the film based some of its story on historical fact. His oft-quoted French guard, for instance, who taunts Arthur and his knights from the castle walls — “You don’t frighten us, English pig dogs! Go and boil your bottoms, you sons of a silly person.” — had a precedent in the medieval era. It was common, apparently, for soldiers on one side to taunt their enemies. He takes the opportunity to poke good-natured fun at the film’s inclusion in Wolf’s list. “Well, I think the reason you picked The Holy Grail is that you made the same mistake that American audiences have been making for decades; you think it’s much, much better than it is.”

It’s true that cult films aren’t necessarily good films. But, sometimes, that’s why they’re so beloved. A case in point is Ed Wood’s maligned but enduring sci-fi travesty Plan 9 from Outer Space (1959). Inept dialogue, cheap, unconvincing special effects, and wooden acting can make for good time when in you’re in the proper mood. It’s not a comedy but falls squarely into the realm of camp. Time Warp focuses a little more attention on Wood’s first feature film, Glen or Glenda (1953), which deserves its status as a cinematic benchmark. A semi-autobiographical docudrama, it took on the subject of cross-dressing and transsexuality at a time when such topics were verboten.

Another camp classic that doesn’t escape Wolf’s attention is Russ Meyer’s Beyond the Valley of the Dolls (1970). The story, about an all-female rock band’s decline into the decadent world of sex and drugs, was written by none other than movie critic Roger Ebert. Criticized time and again for a taking highbrow stance in his reviews, knowing he penned this jaw-dropping spectacle of bad taste gives one pause. “I always wondered what it was like for Roger Ebert in 1970, to be this famous film critic and then release a movie that is an X,” says film critic Amy Nicholson. “To put his name on a film that crazy takes so much courage.”

“So you might be wondering what’s become of the cult movie today,” says Dante toward the film’s conclusion. “The fact is that there are still cult movies and there are still midnight shows, although not as many as there used to be.” That’s the lead up to a discussion about one of the first great cult films of the 21st century, Tommy Wiseau’s The Room (2003). The sordid tale of a friendship destroyed by an indiscretion, the film awkwardly hustles from one poorly staged scene to the next, as the audience shouts the film’s dialogue and throws things at the screen. It’s a movie that Pollak calls “extraordinarily bad.”

It wasn’t Wiseau’s intention to make a comedy. He set out to make a serious relationship drama, casting himself in the lead role and poorly channeling James Dean’s in Rebel Without a Cause (1955). Wiseau makes regular appearances at screenings of The Room, disingenuously claiming he intended it as a comedy all along. Why? Because people laugh at it and that’s the foundation upon which it became popular. But the participatory nature of its screenings recall a cinematic experience that Greg Sestero, the film’s co-star, compares to Rocky Horror. It’s rare to see an audience so riled up.

And so, after three volumes, we’ve come full circle. Cult cinema lives. It will never die so long as there are fans who can appreciate its obscure, off-beat, genre-defying nature. That many of the films featured in the series were made by directors who no one at the time had ever heard of is a testament to their status as labors of love. Cult movies are as legitimate an expression of cinematic art as any movies could be. All the more so because of the fanatic devotion they inspire.