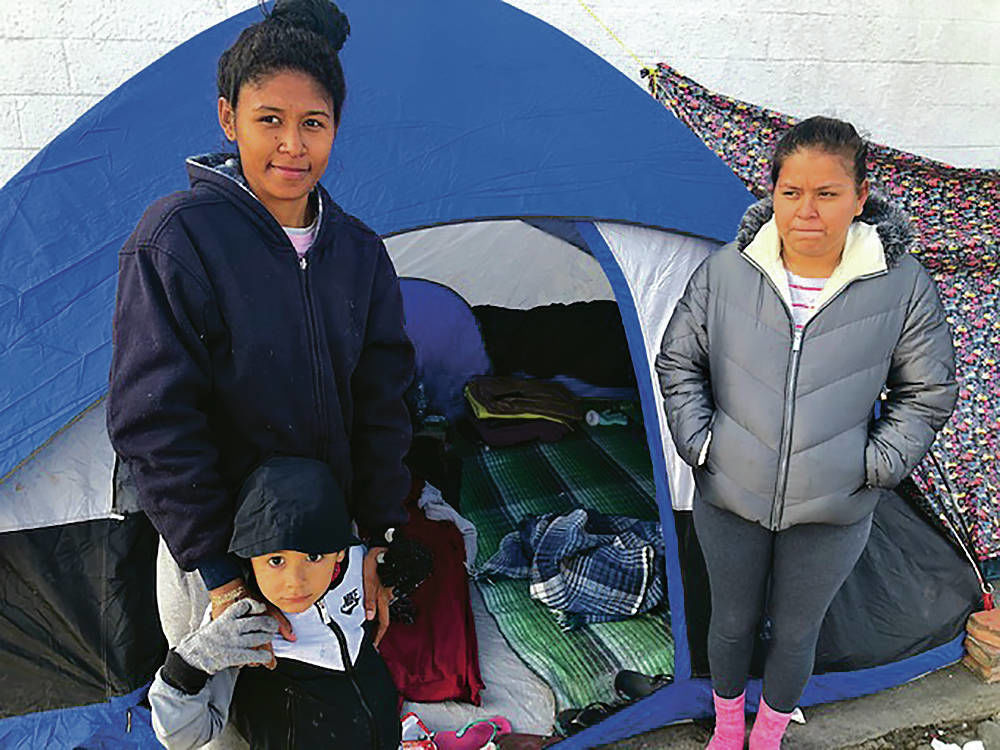 ABOVE: Migrants live on a street in Juárez next to the international bridge while they await asylum hearings. 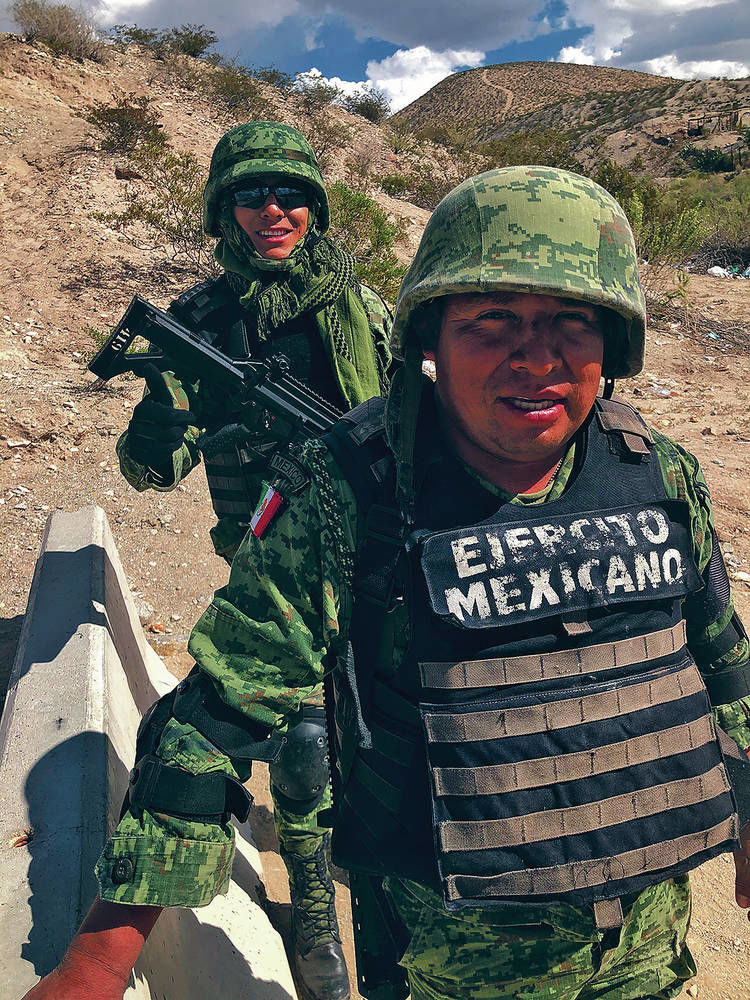 BELOW: Mexican soldiers from Veracruz stand guard near the border wall between Sunland Park and Anapra, Mexico, an area where many migrants once came across. Photos by Morgan Smith

LEFT: Kids on the Mexican side of the border show how they can scale the wall.

ABOVE: Migrants live on a street in Juárez next to the international bridge while they await asylum hearings.

BELOW: Mexican soldiers from Veracruz stand guard near the border wall between Sunland Park and Anapra, Mexico, an area where many migrants once came across. Photos by Morgan Smith

LEFT: Kids on the Mexican side of the border show how they can scale the wall.

What has happened to the flow of migrants surging north from violent Central American countries to seek asylum in the United States?

To see the impact of President Donald Trump’s policies, look at the area west of El Paso and Juárez. We were astonished around Easter to see that a border wall actually ended in that area. On a later trip, a dozen young migrants came running by my car. A U.S. Customs and Border Protection officer later told me that they had placed sensors there to quickly spot those entering illegally, but a family on the Mexican side said that migrants showed up every night, ignored the gap with its sensors and quickly surged over the wall with ladders. In short, nothing was working.

When I visited on Oct. 18, however, at least 40 Mexican soldiers were deployed in this area. The two I talked to were from Veracruz, had no idea how long they would be stationed in Juárez, but were convinced that they were stopping anyone from crossing. Maybe, therefore, Mexico has, in effect, built and paid for a wall as Trump claimed it would — but with soldiers rather than steel and concrete.

There is a cost, however. Thirteen police officers were killed in an ambush in Michoacán on Oct. 14, and days later, cartel gunmen overwhelmed 35 soldiers and police in Culiacán and forced them to release Ovidio Guzmán, El Chapo’s son. Would these atrocities have been possible if Mexican soldiers hadn’t been diverted to the border?

As for the migrants themselves, where have they gone? The extraordinary shelter program put together by the city of Deming was empty when I last checked. In July, Deming City Manager Aaron Sera said that the goal was to be “the model shelter in the Southwest border.”

Remain in Mexico now forces them to return to Mexico and wait there. Thousands of migrants are jammed into border towns such as Juárez, where there are few resources.

Recently, I saw some 200 migrants from the dangerous Mexican state of Michaocán living on the sidewalk of a narrow street that leads to the international bridge. How are they fed? What about bathrooms? It’s inhuman, especially for children.

Look at the contrast. Earlier this year, there were about 200 migrants in Deming, safe and treated with care. Now that facility is empty and there are 200 migrants living in squalor on the sidewalk in Juárez. Remember also that Juárez is dangerous. In the first six months of 2019, there were twice as many homicides there as the combined total for Chicago and New York.

Trump has waged war on migrants, and he is winning. Who is going to report on what is happening to them in Juárez, a city that few reporters or politicians want to visit? This might become a hidden chapter in American history, but it’s a shameful one.

Morgan Smith is a freelance writer who has been making monthly trips to the border to document conditions and assist a variety of humanitarian programs. He can be reached at Morgan-smith@comcast.net.