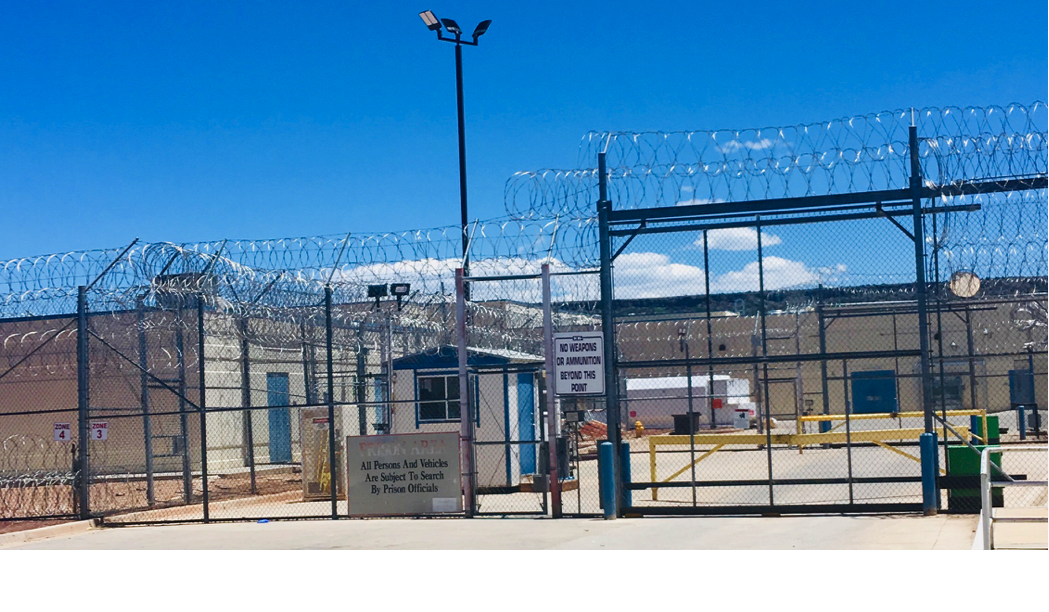 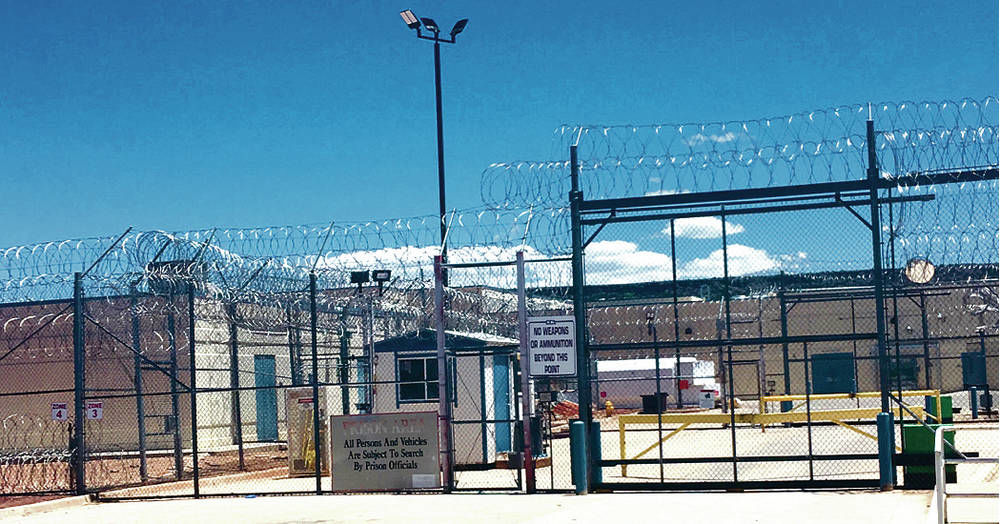 The young man in the van patrolling the grounds asks if I’m looking for someone.

All the signs say it’s a prison.

The Native woman at the entrance tells me the woman I need to talk to about a visit won’t be back until Monday since it’s the Fourth of July.

A security guard asks if he needs to call someone. He’s says I can be on the outside, on the other side of the CoreCivic sign — they can’t have any loitering inside.

In the parking lot, one truck has a black hat with a gold emblem of Mexico; there’s a red 4x4 with “Resist” and “shehappened” bumper stickers, and a sports car with a “Popeye” license plate.

The entrance sign reads, “Correctional Center.” There are birds and wind and distant traffic, but I’m the only thing disturbing the silence outside.

We’re not too far from El Malpais and Chaco Canyon.

They send a woman in a patrol van to ask if the captain can get my name.

“It’s OK, I was already given the number I need to contact for a tour.”

“He was just wondering if he could get your name, that was all.”

I’m a third of the way through reading Frederick Douglass’ “What to the Slave is the Fourth of July?” and another police car comes by.

This time he stops.

He wants to know why I’m here and how long I plan to stay.

I explain that I’ll be here at least until 3 p.m., and I’m here because it doesn’t feel right to celebrate my freedom today with a barbecue while these asylum-seekers are denied the same courtesy.

He says he understands.

They use the place as a local correction facility in addition to holding asylum-seekers.

I give him my license and registration.

Officer Aragon said everything checks out and he has no problem with me being here.

Now he’s on the property explaining to the guy in the van why I’m here.

The same woman is parked on the other side of a bus just to watch me.

He’s wondering how I can stand the heat.

He was recently in Japan and it’s pretty hot there, too. “This is a dry heat, I guess we should feel lucky.”

November 2018, at the CoreCivic Cibola County Correctional Center, Roxsana Hernandez Rodriguez, a 33-year-old transgender woman seeking asylum from Honduras, was physically abused in custody. She’s one of at least four people who have died in CoreCivic facilities.

Their prisoners are released from the front door with nothing.

They walk by on foot.

Looking like they’re trying to be confident about what comes next.

Not even birds get too close because of the barbed wire.

Officer Aragon said prison security was afraid I might try to jump it.

One of the released men is behind the Kiva Center on the other side of the highway.

Almost every building in Milan is a closed small business.

People work at these prisons because it’s the best-paying and maybe the only secure job they can get in their town.

If we want to close private prisons and detention centers, we have to talk about how everyone can live with dignity and have better employment opportunities.

Holly Duffy is a writer living in Santa Fe and a practitioner of Zen Buddhism and Vipassana meditation.