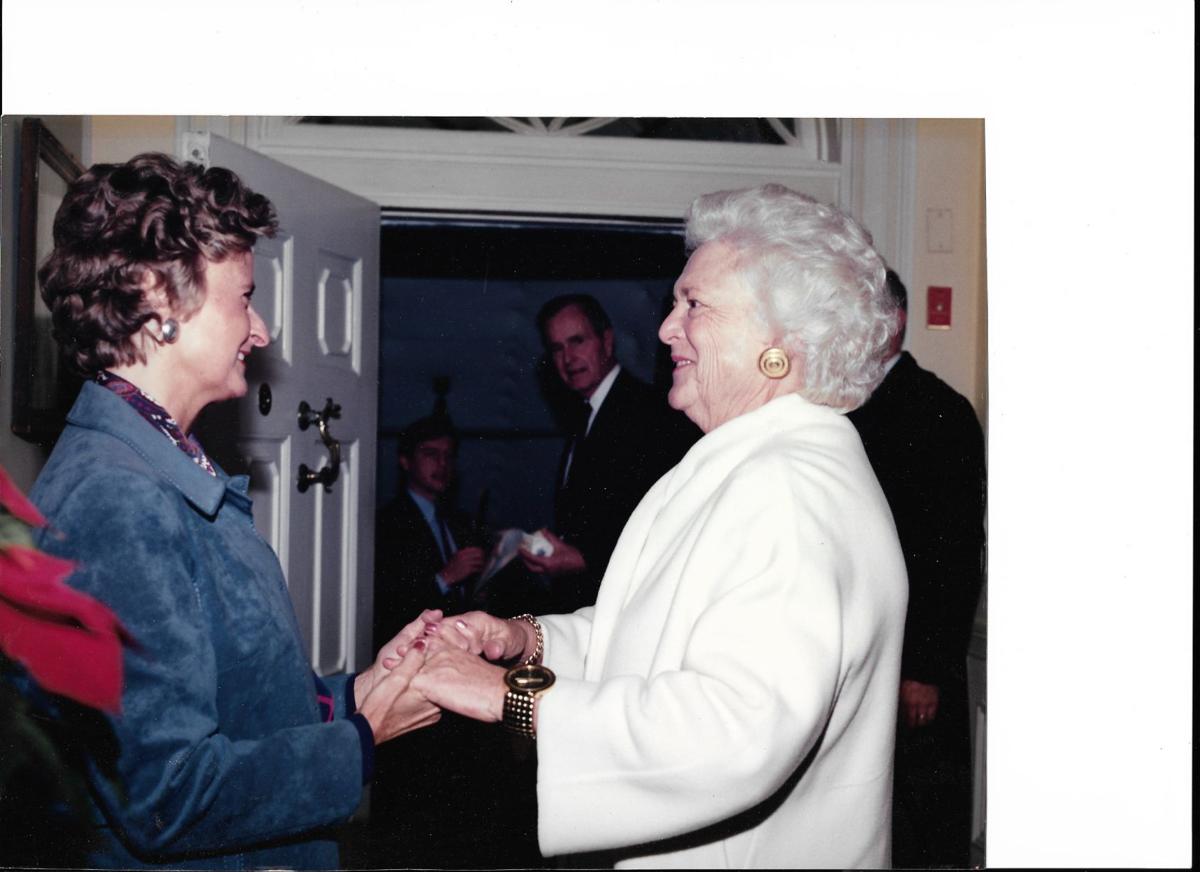 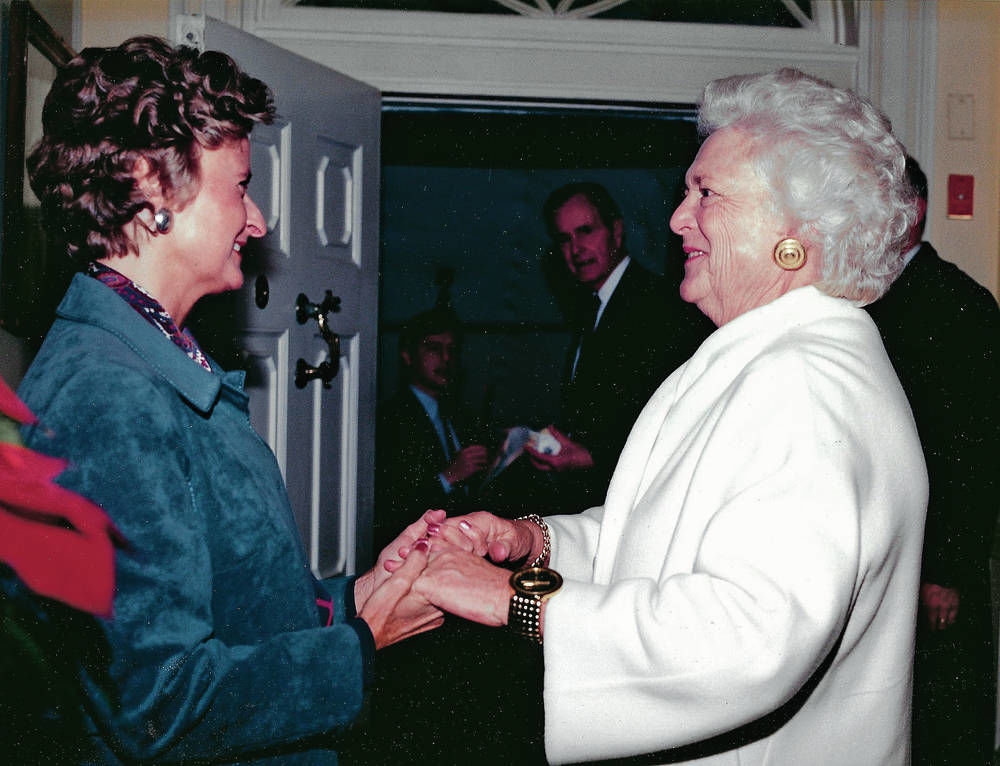 Barbara Bush was a rock star, and I am profoundly saddened to think she is no longer with us. I remain deeply grateful to her and the president for their stellar support of me as general manager of Blair House. She not only foiled the attempts by eager staffers to remove me from my so called “plum” job by calling the head of presidential personnel, saying, “I want no changes at Blair House,” but years later, wrote a cover line for my book, Bedtime and Other Stories from The President’s Guest House.

The president-elect can request the use of the President’s Guest House for transition business, but as the Bushes already lived in D.C., they only moved in three days before George H.W. Bush’s inauguration. During Barbara Bush’s walk-through to arrange for this, I took her into the Garden Room where her big family would have their meals. Seeing the empty round tables there, she told me not to bother with table cloths as “when they have finished eating, you do as I do at Kennebunkport — you just hose down the table!”

During visits over the next four years, Mrs. Bush entertained the spouse of the president’s guest, for tea at the White House or accompanying her on a visit to a hospital or a senior center, then bidding them farewell in our front hall. Thus, I saw her often. I was always left with my original impression, that of a handsome lady with a most direct glance, someone sure of herself; someone who would be loyal to friends and implacably hostile to enemies. She had star quality, that lady. Once she said to me, “You must come over for lunch one day so we can talk about life.” It never happened, but I appreciated the sentiment.

Mrs. Bush asked my guests detailed questions about the house — its comfort, its service and me — and frequently sent me greetings through them. Although I did not know she would be as inquisitive as to what we really were doing, it was, at the inauguration festivities, important to me that she approved. She was looking at our hospitality table, from which during the entire day we dispensed refreshments and mentioned how sad it was that her family members were watching their diet so carefully. “Mrs. Bush,” I explained, “it really is on purpose I have made the same arrangements for you as I would for a visit. I feel it is important that you and the president-elect see and experience the hospitality of Blair House. It is my hope you may then tell me what you would like to change, to better reflect your own ideas.” Barbara Bush looked straight at me and said, “I would not wish to change a thing.” And she never did.

I also like to think that Barbara Bush was as staunch an advocate of equality between the sexes as was Hillary Clinton. I well remember the student uproar when Wellesley College announced Barbara Bush would speak at the June 1990 commencement. Some Wellesley students were outraged, as they perceived Mrs. Bush as a mere appendage to her husband. I was overjoyed at how Barbara Bush brought down the house with her closing words: “So I offer you today a new legend. The winner of the hoop race [referring to a Wellesley tradition] will be the first to realize her dream … not society’s dream … her own personal dream. And who knows? Somewhere out in this audience may even be someone who will one day follow in my footsteps and preside over the White House as the president’s spouse. I wish him well.”

While the whole family returned to Blair House when Barbara and President George H.W. Bush’s son, George W. Bush, was inaugurated, I have to admit that my hopes and expectations then were the opposite of what I had experienced during those four years — when foreign policy was conducted with ability, intelligence, inclusion and honor by Barbara and George H.W. Bush.