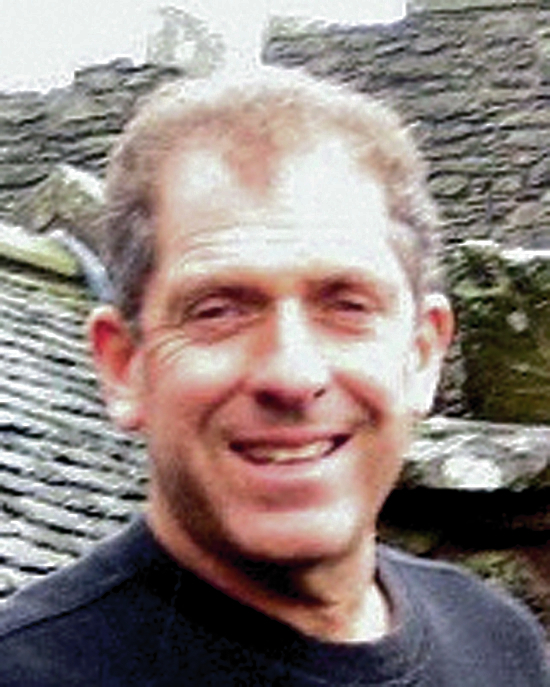 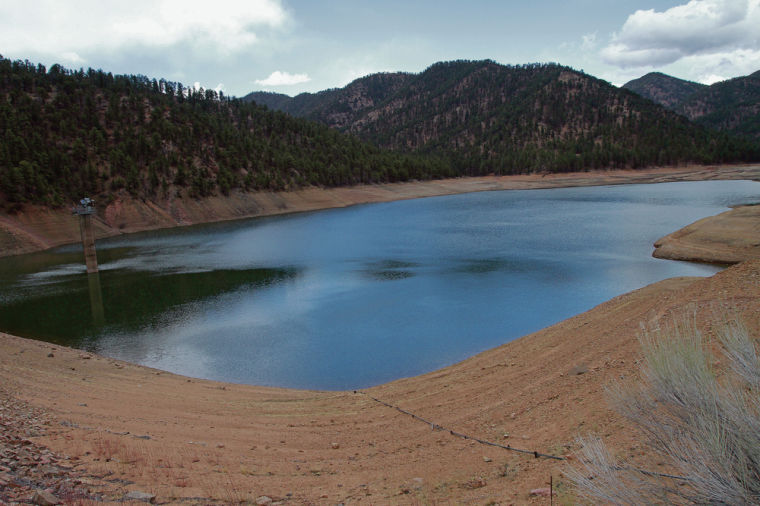 Combined, the water stored in the two reservoirs in the Santa Fe Municipal Watershed is about one-third of the capacity after three years of severe drought. Jane Phillips/The New Mexican

Combined, the water stored in the two reservoirs in the Santa Fe Municipal Watershed is about one-third of the capacity after three years of severe drought. Jane Phillips/The New Mexican

Mary Wolf of the Collected Works Bookstore recently made some valid observations describing how the climate has changed in New Mexico since her store opened in 1978 (My View, “Climate change effects: Real and local,” Aug. 4). I remember the opening of her store, a valuable asset to the community.

To understand New Mexico climate, though, we need to look much further than 1978 — which, according to the National Oceanic and Atmospheric Administration, was the coldest and snowiest winter in U.S. history. Looking back to the 13th century, the Anasazi of Chaco Canyon were wiped out primarily because of a multi-decade drought, much more severe than anything seen in modern times.

The giant aspen groves extending from Aspen Vista up to Colorado are here because of massive forest fires that burned in the 1890s. The Spokane Daily Falls Chronicle reported June 25, 1890: “It would seem that a great portion of the Sangre de Cristo range in Colorado and New Mexico is in flames.” On Sept. 30, 1898, The New York Times reported that “most of the northwest part of Colorado” was on fire. America’s worst fire occurred in 1871, when 3.5 million acres and 2,000 people perished around Peshtigo, Wis. — on the same day as the Great Chicago Fire. The worst fire in Western U.S. history occurred in 1910.

Now, let’s fast-forward to the opening of Collected Works in 1978. According to NOAA, the period from 1978 to 1996 was the wettest in New Mexico history. The 1980s were marked by spectacular snowfalls and skiing, a far cry from the normally marginal ski conditions in the 1960s and early 1970s, when nearly every ski trip ended with ski repairs.

The owner of this paper, Robin Martin, took me on my first cross-country ski trip to Wheeler Peak on May 18, 1980, which was also Mount St. Helens Day. The snow was spectacular. It was still 10 feet to 15 feet deep in many places. Many people moved to Santa Fe during the 1980s and 1990s, and came to believe that wet was the normal climate. In fact, the “normal” climate in New Mexico is drought, according to NOAA records. Over the past decade, New Mexico has seen a return to more historically normal weather.

To plan for the future, we need to be aware that drought is cyclical and is a regular feature of the New Mexico climate. There is nothing anyone can do about the weather, but New Mexicans can control how they use the limited water supply.

Tony Heller is currently living in northern Colorado. He grew up in Los Alamos and worked as a geologist at Los Alamos National Laboratory for several years. One of his hobbies is studying climate history. Heller plans to do some cycling this autumn through the beautiful new aspen groves appearing in the burn areas around Los Alamos.

Thanks, Mr. Heller, for the timely and sobering reminder of the climate history of these parts. Humans tend to think that normal is what we are seeing with our own eyes. Looking back at data such as the Anasazi experience, tree ring and pollen records, etc, gives us a more complete picture of what is possible, and how fickle climate can be, with or without human intervention.

If I recall correctly, the 13th Century megadraught may have had something to do with higher average solar radiance coupled with less volcanic dust in the Earth's atmosphere (Woodhouse et al 2009 paper**), hence a time period worth studying as a potential parallel to another warmer and dryer spell ahead.

Tony - thanks for bring forward the real story of climate change.

Certainly a situation that does not support development!