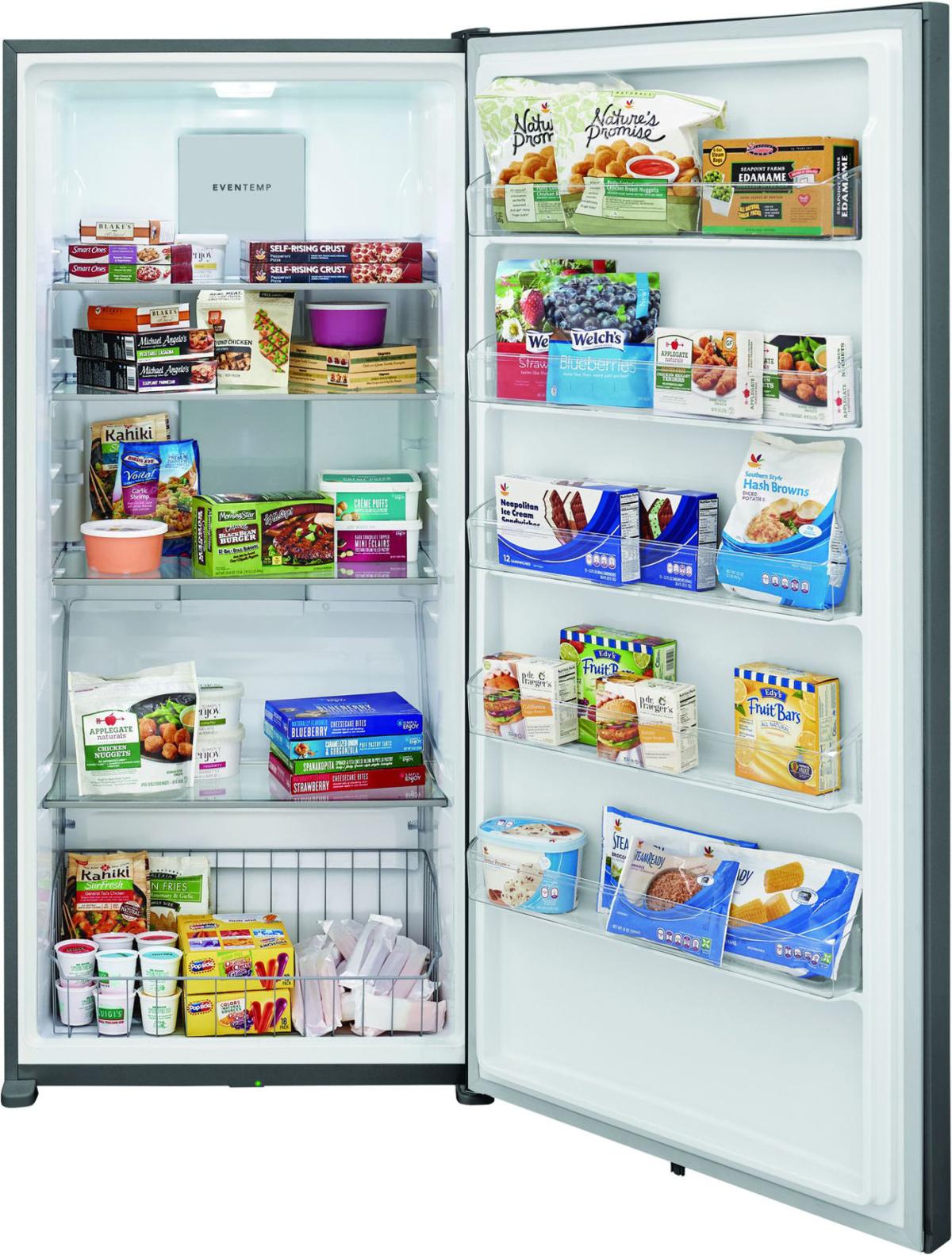 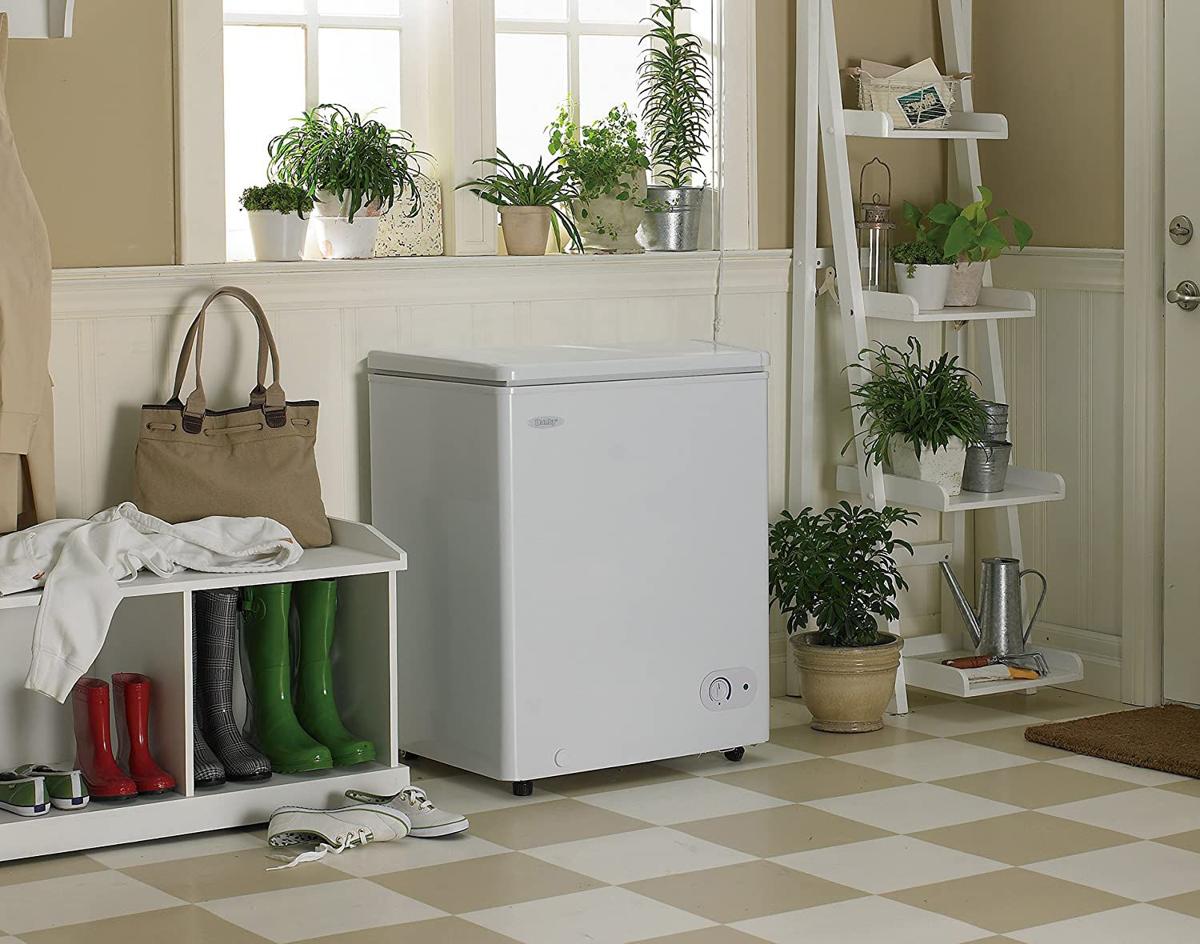 ‘Now people who are single want freezers, and people in apartments think they need a freezer,’ says Jim Estill, chief executive of Danby Appliances. The brand’s 3.8-cubic-foot chest freezer is about 25 inches wide. 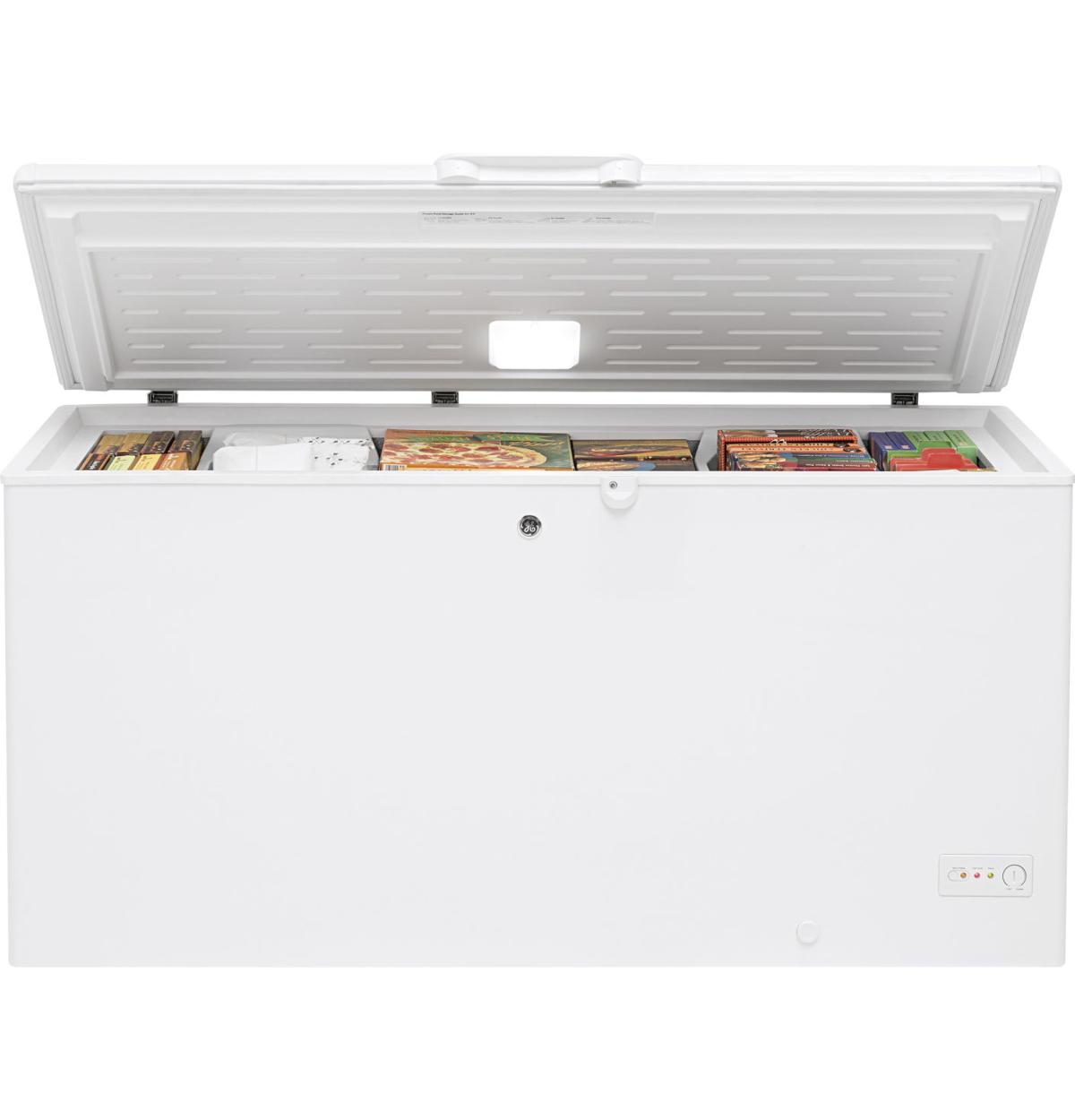 ‘Now people who are single want freezers, and people in apartments think they need a freezer,’ says Jim Estill, chief executive of Danby Appliances. The brand’s 3.8-cubic-foot chest freezer is about 25 inches wide.

At the end of March, President Donald Trump announced the extension of social-distancing guidelines for another month — and set off a national scramble for stand-alone freezers.

The next morning, retailers arrived to an unexpected surge of orders. “There was an immediate reaction,” says Ryan Turner, director of merchandising and contract sales at Bray & Scarff Appliance & Kitchen Specialists (brayandscarff.com). “We had already seen a little bit of an uptick in freezer sales, but that opened the floodgates.”

Within a few days, the lowly freezer, an appliance often relegated to the garage or basement, was as hard to get ahold of as hand sanitizer. Now, waiting lists for freezers are growing as consumers seek the comfort of knowing that they’ll have plenty of food at home throughout a shutdown of unknown length.

Jim Estill, chief executive of Danby Appliances (danby.com), which makes 20 different types of freezers, thinks the pandemic will permanently change this market. “Now people who are single want freezers, and people in apartments think they need a freezer,” Estill says. “Households who already have two refrigerators with freezers also want a separate freezer.”

Freezer shipments for the month of March were up 45 percent over the same period in 2019, according to the Association of Home Appliance Manufacturers (aham.org). Frozen food sales skyrocketed, too: American Frozen Food Institute (affi.org) figures show a sales increase of 94 percent in March compared with a year ago.

“At first, COVID-19 caused a bit of panic-buying and turning to freezing for a longer shelf life,” says Adrienne Seiling, vice president of strategic communications at the American Frozen Food Institute. Now, she says, it’s all about the “level of satisfaction and comfort” of having a full freezer.

A stocked pantry is a big concern when there is no way to know what a trip to the grocery store will yield, says Michael Ruhlman, food journalist and author of Grocery: The Buying and Selling of Food in America. Some shoppers are checking out stores’ freezer cases for the first time. “As this period unfolds, we will become better and better freezers and more organized freezers,” Ruhlman says.

Jessica Petrino, editorial director at AJ Madison (ajmadison.com), a national appliance dealer, says the industry did not foresee the ferocity of the pandemic and was not prepared for the spike in demand. “These were not hot-ticket items,” Petrino says. Because many freezer parts are sourced in China, some manufacturers are having difficulty getting more freezers into stores. Hundreds of thousands of freezers are on back order, she says.

“Everyone is rethinking how they purchase food. In parts of the country, going to the grocery store is a scary event,” Petrino says.

Clarence Birdseye introduced flash-freezing methods for fish and vegetables in the 1920s. His company was eventually sold and became the Birds Eye division of General Foods. In the 1930s and 1940s, more Americans replaced their ice boxes with electric refrigerators, which had small compartments for ice trays and other frozen items. By the late 1940s, the country’s postwar boom brought busy families more selections of frozen fruits and vegetables. Because more women were working outside the home, the appeal of frozen meals as a timesaver grew. Hunters and farmers, too, used chest freezers for storing meat and farm products.

In the 1950s, with the invention of fast-cook foods such as frozen fish sticks and TV dinners, frozen meals became an important part of Americans’ meals, and separate freezers were in demand. Victoria Matranga, design programs coordinator at the International Housewares Association, says the use of free-standing freezers closely correlated to the mass production and lower cost of frozen foods.

There are still basically two types of freezers, but according to Jill Notini, vice president of the Association of Home Appliance Manufacturers, the variety of configurations, sizes and features has grown.

Stand-alone freezers might not be as buzzy as the latest smart fridges, but there are some new features to be aware of, including LED lighting, door alarms to let you know when the temperature is not being maintained, reversible doors, security locks and better organizational compartments. Some uprights have built-in ice makers.

The majority of freezers are white, but you can find stainless and black finishes. Make sure the one you choose is manufactured to be “garage-ready” if you plan to keep it in your unheated or uncooled garage; some models aren’t made to withstand extreme heat or cold. Also decide whether you are OK with a model that needs to be defrosted (usually once or twice a year) or if you prefer one with auto-defrost.

David McCalpin, vice president of refrigeration at GE Appliances, says to consider the space you have available and how much money you want to invest. (Most freezers cost between $300 and $1,500.) Most stand-alone freezers range in size from about 3 cubic feet to about 22 cubic feet. Upright freezers generally will have a smaller footprint than chest models. Manufacturers make freezers that work for smaller households and apartments, such as Danby’s Diplomat, a compact chest freezer available in four sizes, from 31/2 to 9 cubic feet. The 7-cubic-foot model, at 33 inches high and 35 inches wide, is similar to the size of dishwasher.

Chest freezers tend to be less expensive than uprights, and they could be harder to organize; look for models with storage baskets. Think about whether you will just use it for storing bagels and lasagnas for the long term or want your kids to be able to easily grab Popsicles on a daily basis. Features to look for in uprights include glass shelves and transparent door bins, McCalpin says. These allow you to keep an eye on your inventory. “Uprights give you better storage and visibility than a chest style,” McCalpin says.

Freezers used to be known as energy hogs, but no more. According to the Energy Star website (energystar.gov), newer freezers use a lot less energy because of improvements in insulation and compressor design. Models with the Energy Star designation save the most in energy use and costs. About 38 million separate freezers are in use in the U.S., according to the website. More than 17 million of those freezers are more than 10 years old, costing consumers $1.3 billion per year on their energy bills. Replacing an old freezer with an Energy Star model could save you $195 over the next five years.

There is an art to loading your freezer properly and keeping your food from developing the dreaded ice crystals or freezer burn. Consult your freezer’s manual for specific information.

Thinking your household could use a freezer? McCalpin says GE is trying its best to keep up with demand. “We have the factories running flat out. Typically, we have excess capacity, but not to meet this kind of a surge,” he says. “Be a little patient right now. There are a lot of them on their way, and I expect supplies will improve over the next few months.”