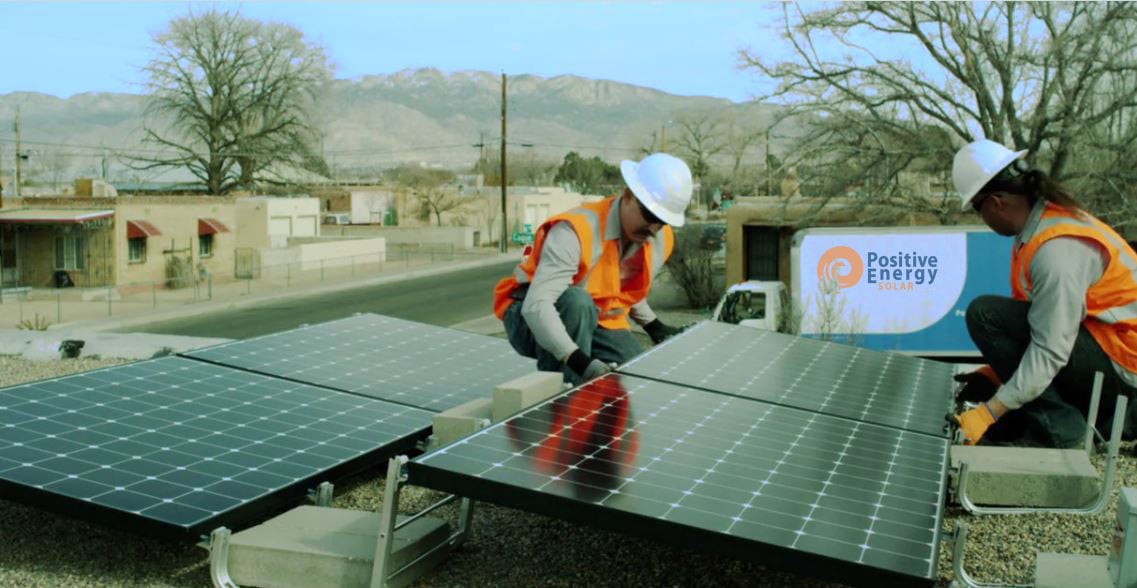 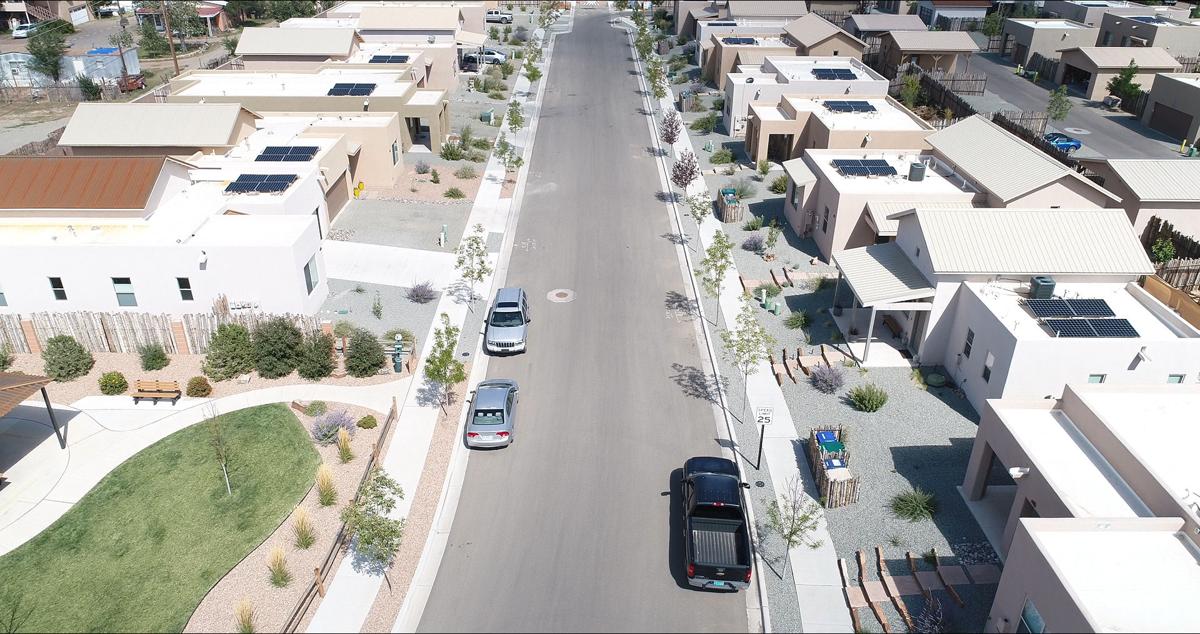 Positive Energy Solar is installing photovoltaic systems on every house in this Homewise neighborhood.

Positive Energy Solar is installing photovoltaic systems on every house in this Homewise neighborhood.

If we could start all over again knowing what we know now, the sun would power virtually everything.

In March, Harvard graduate student Emily Kerr began an article titled “The Future of Solar is Bright” with this statement: “The sun emits enough power onto Earth each second to satisfy the entire human energy demand for over two hours.”

The local reality is this: Only 4.56 percent of New Mexico’s electricity comes from photovoltaic panels, according to the Solar Energy Industries Association. Nevertheless, local interest is up. In 2019, Positive Energy Solar installed some 300 residential solar systems in Santa Fe and about the same number in Albuquerque.

But in 2020, a change in the federal investment tax credit for photovoltaic systems could alter the landscape. The year 2019 was the last to take advantage of a 30 percent credit. As of Jan. 1, it is down to 26 percent.

Christopher Fortson of Positive Energy Solar said the average cost for a photovoltaic system installed in Santa Fe is around $24,000. If you did a solar-electric installation in December, your tax credit was $7,200. Today, the credit is $960 less.

Other factors in Positive Energy Solar’s successful 2019 include the fact that photovoltaic equipment has become more efficient, taking up less area but generating the same amount of power, plus a growing awareness about environmental stewardship and the solar industry. New Mexico, with its 300-plus days of sunshine, is a mecca for solar-energy enthusiasts.

“The price of solar has come down over 80 percent since its inception,” Fortson said, “and solar energy is now below grid-parity, meaning that the cost per kilowatt-hour for solar energy today is actually less than the cost for energy provided from the utility company.”

One of the advantages of producing your own power shows up in “net metering.” When you have a standard grid-tied system (with PNM, for example), excess power generated during long, sunny days goes into the utility grid and you accumulate credits that you can use at night and in the wintertime. Many photovoltaic owners see a net-zero bill over a year’s time.

Another reason for the recent upswing in solar-electric installations has to do with financing.

“Local lenders have picked up on the stability and savings benefits of solar, and are offering more convenient and accessible financing options that allow homeowners to go solar with zero-down financing,” Forston said.

If your electric bill averages $80 a month, you basically swap that with a consistent $80 loan payment on your photovoltaic system. When the loan is paid off, your system will be producing free energy.

Positive Energy Solar offers a 30-year warranty on its solar systems, which have a life expectancy of more than 40 years. The company has financial partnerships with Homewise and Nusenda Credit Union, both offering a solar-specific signature loan.

Founded in 1997, Positive Energy Solar was one of the first graduates from the Santa Fe Business Incubator. In the Santa Fe area, there are about a dozen other companies — including Affordable Solar, Solcius Solar, Go Solar and Erus Energy — that sell and install photovoltaics.

The typical Santa Fe house requires a 6-kilowatt system, or about 16 photovoltaic modules. These panels use light to move electrons in a circuit, transforming sunlight into electricity in what’s known as the photovoltaic effect.

The modules can be installed on rooftops or on the ground, but both possibilities present special challenges in Santa Fe’s historic district and in subdivisions with strict covenants regarding appearance.

Some owners choose to add a motorized frame that tracks the sun, so the panels get maximum light. But these are an added expense and require maintenance.

The federal tax credit for residential PV systems steps down further next year, from 26 percent to 22 percent, then it disappears altogether in 2022. However, Santa Feans will continue to save 8.43 percent, as there are no local gross receipt taxes on photovoltaic systems.

“The sun emits enough power onto Earth each second to satisfy the entire human energy demand for over two hours.” What a stupid, totally irrational, and impractical exaggeration. Right, all you have to do is actually turn it into power.......This is what people learn at Harvard??????