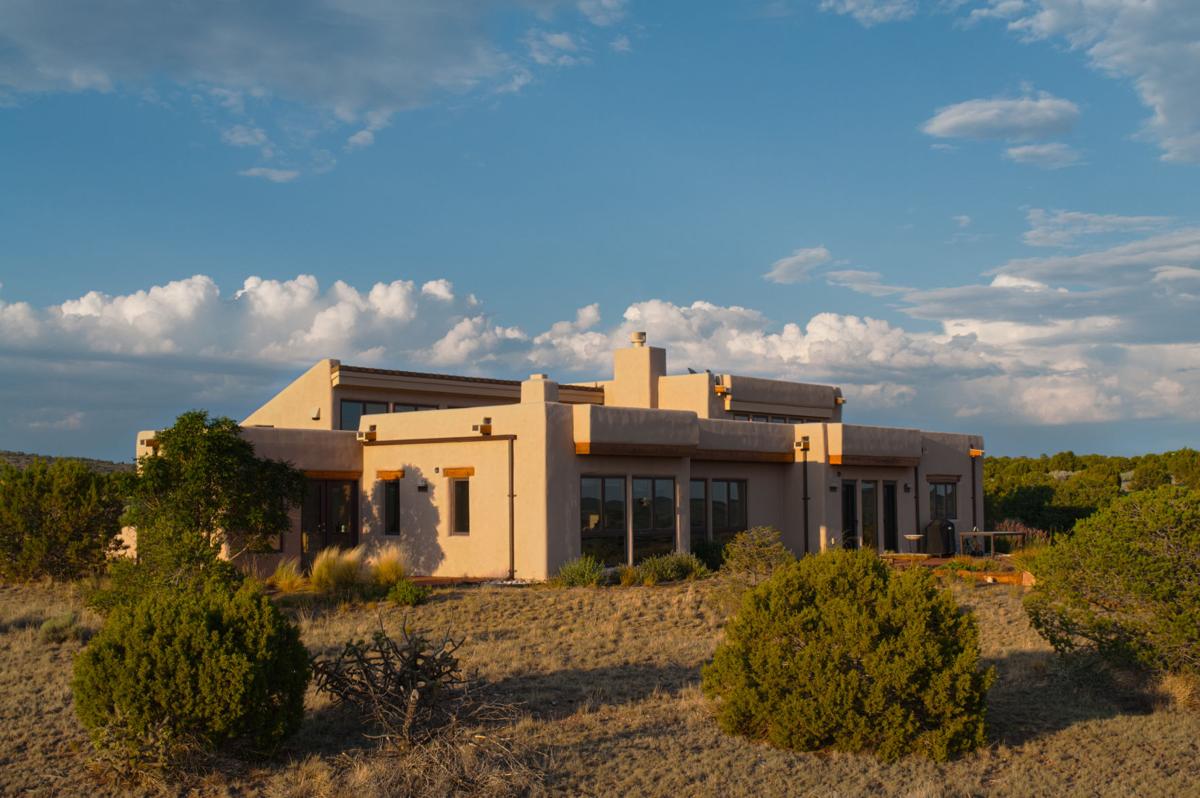 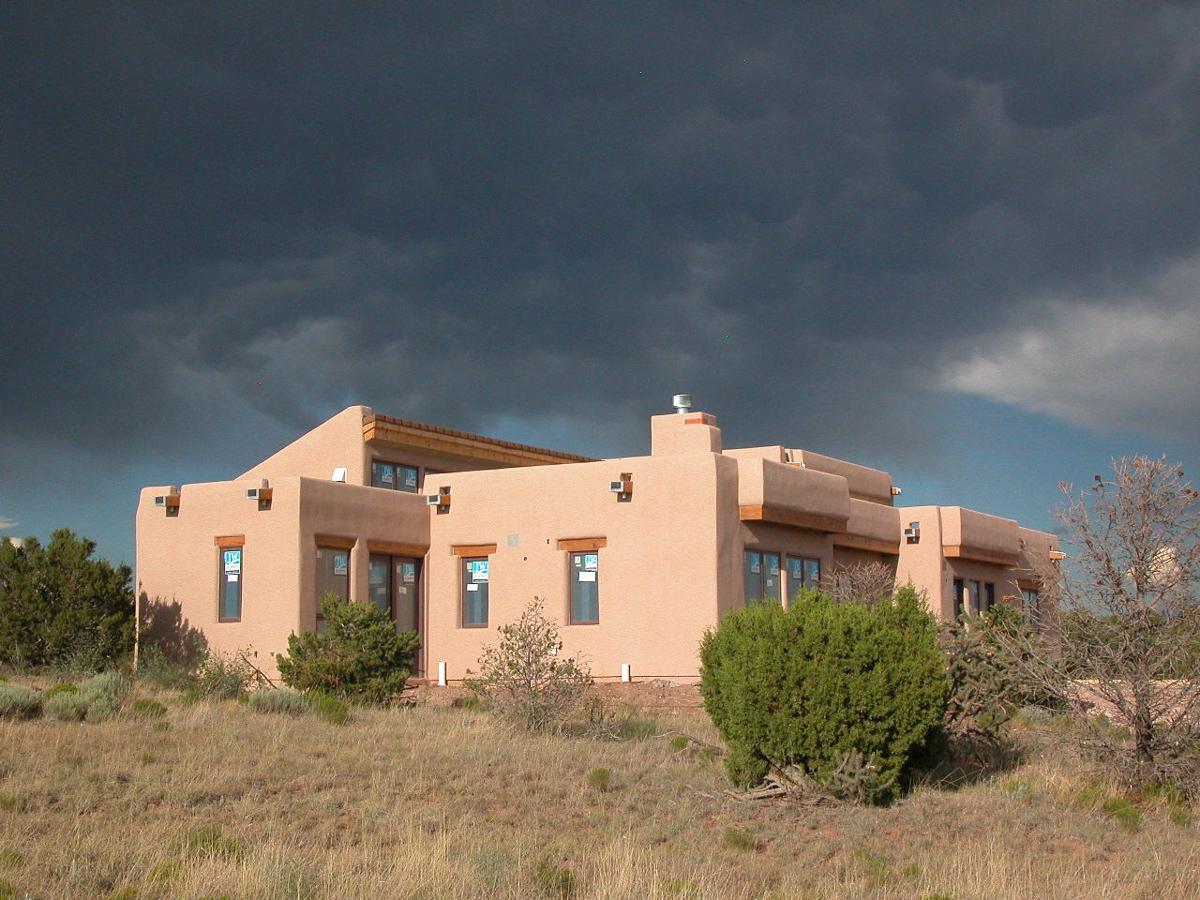 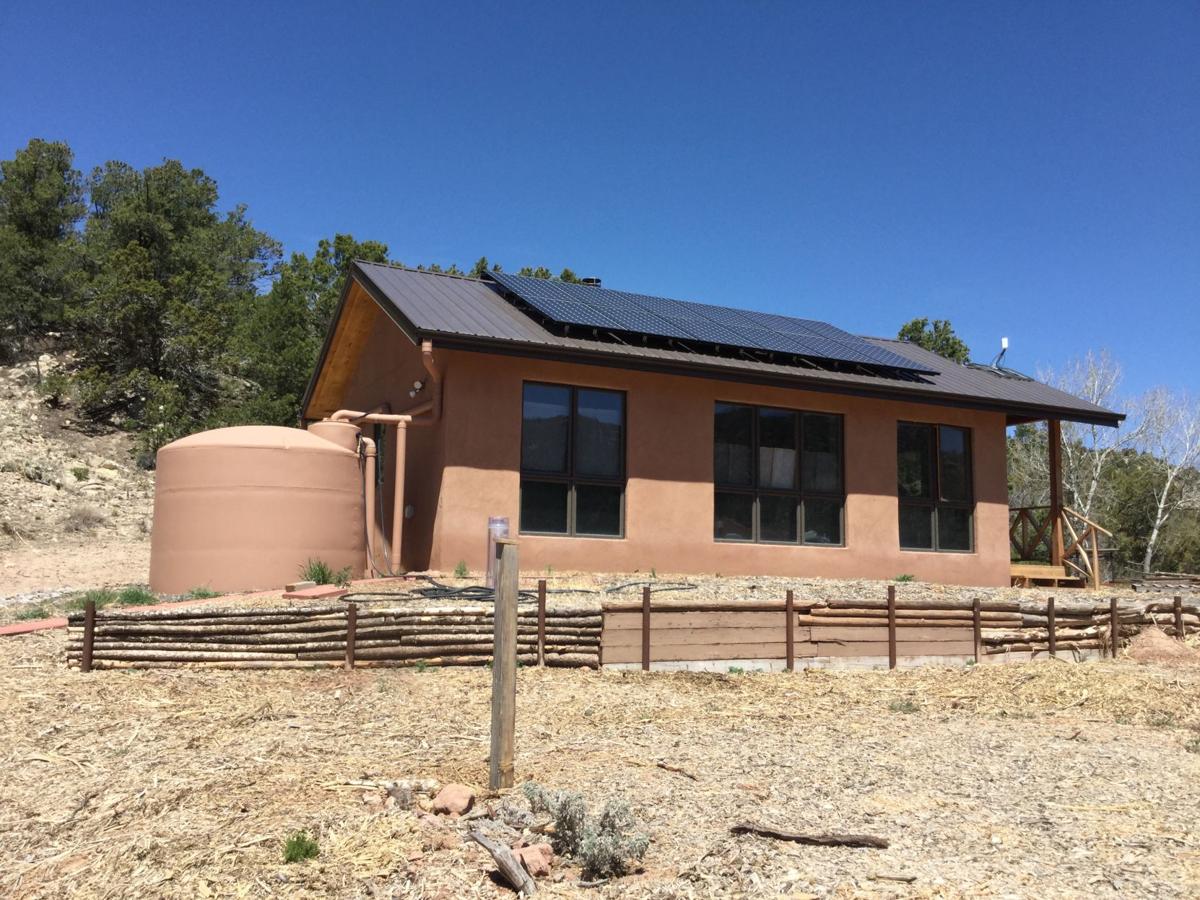 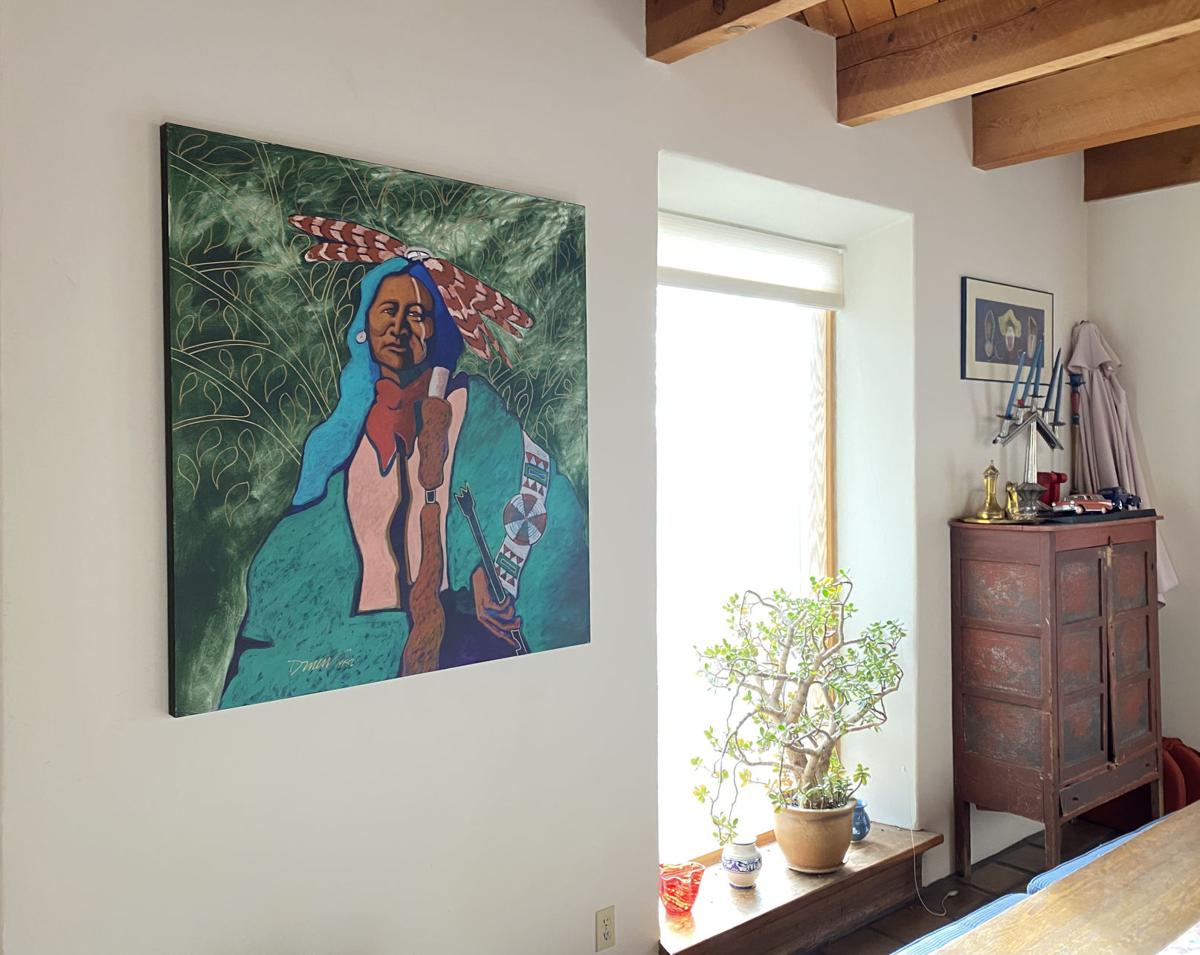 Trombe walls, as seen from the inside, at a La Vereda house by passive solar design pioneer Wayne Nichols. 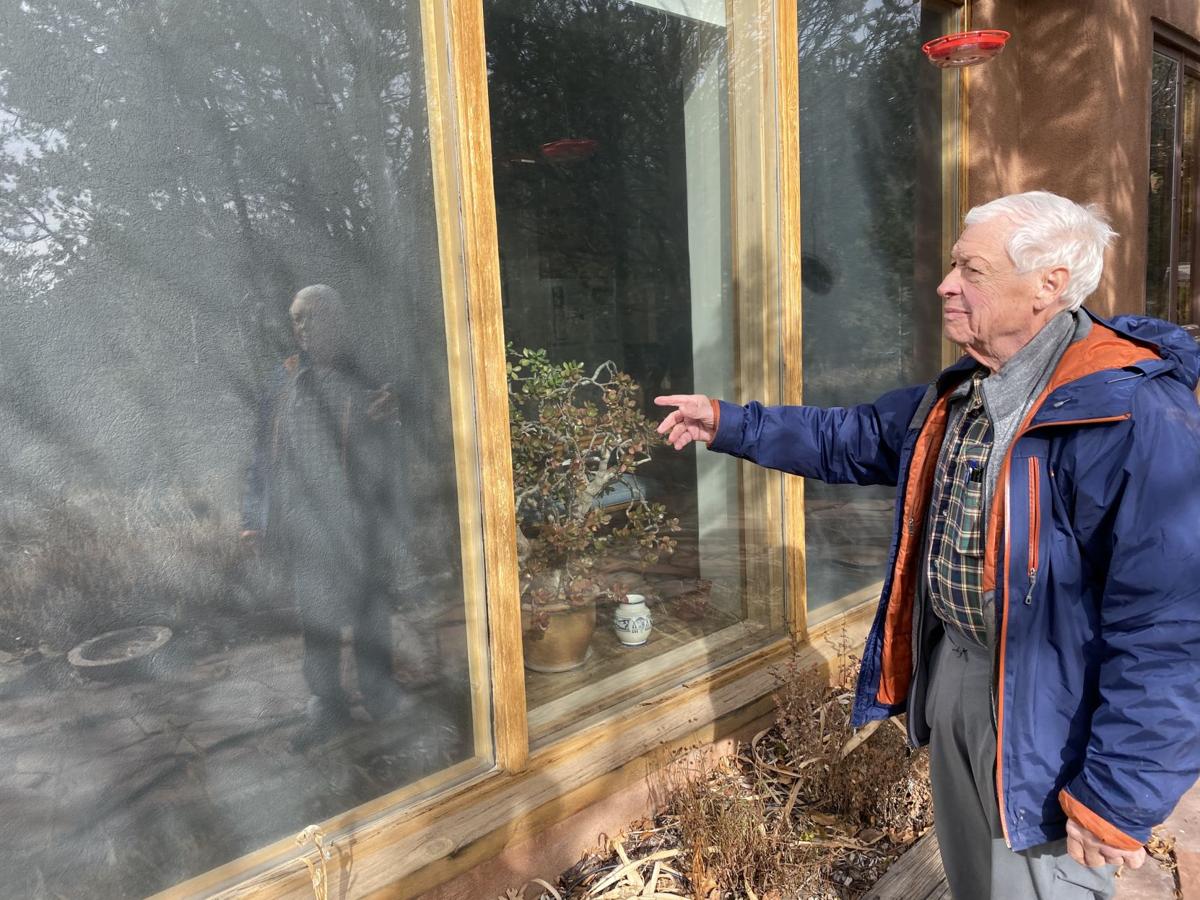 Trombe walls, as seen from the outside, at a La Vereda house by passive solar design pioneer Wayne Nichols. 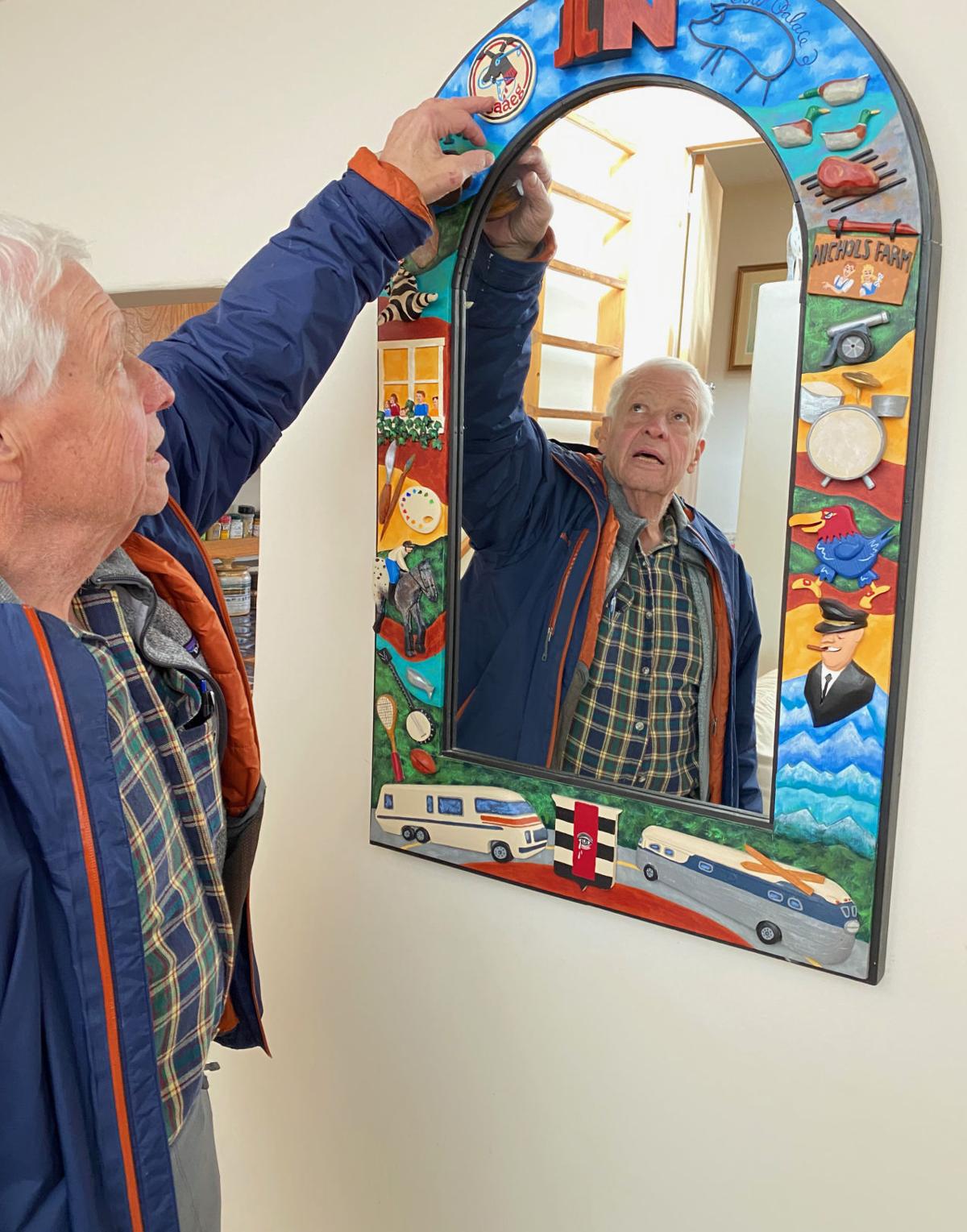 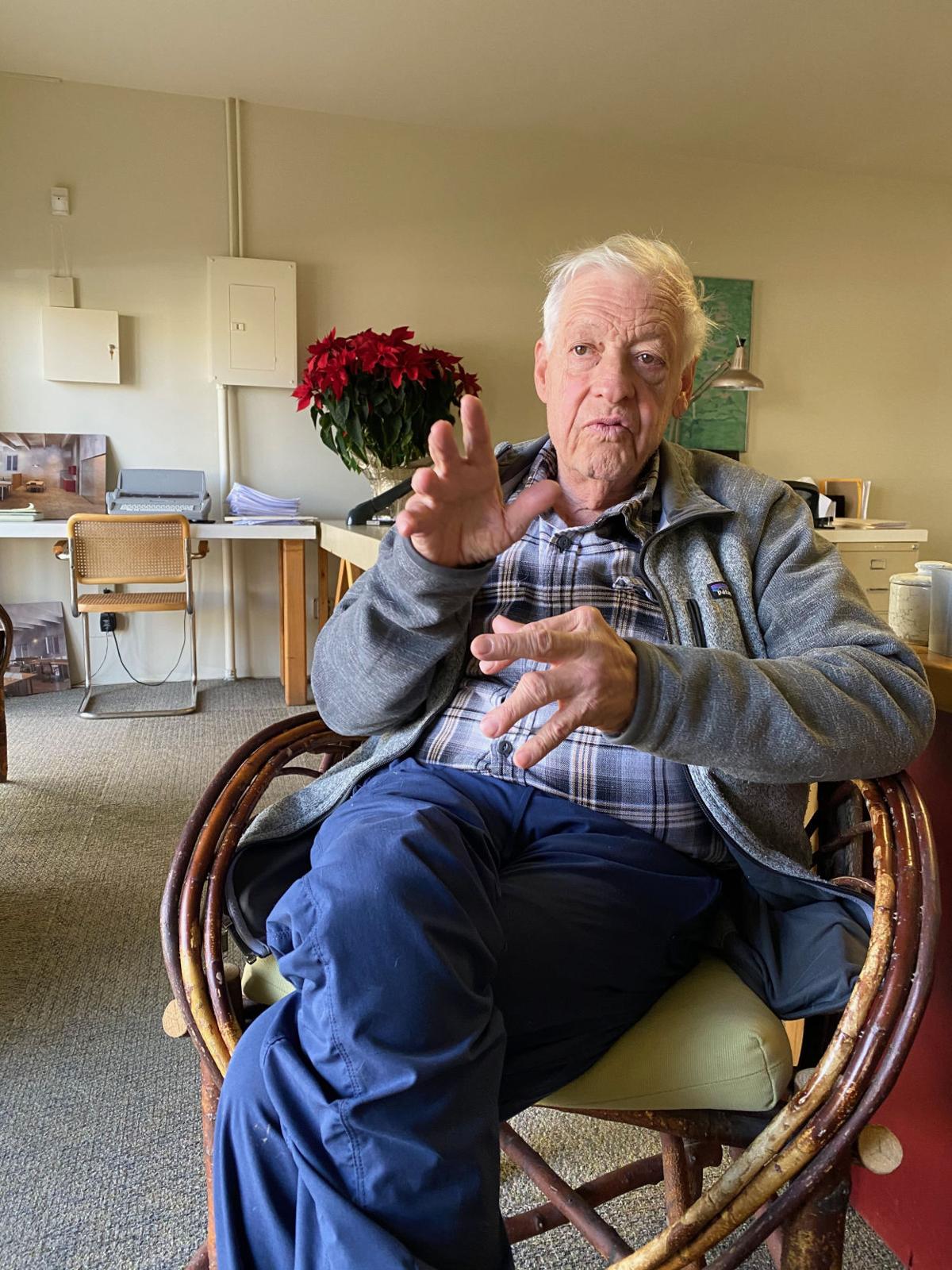 Trombe walls, as seen from the inside, at a La Vereda house by passive solar design pioneer Wayne Nichols.

Trombe walls, as seen from the outside, at a La Vereda house by passive solar design pioneer Wayne Nichols.

Wayne Nichols recalled the fervor for passive solar design during and following the energy crisis of the 1970s.

“There was a real hunger for solutions,” he said.

In 1978, Wayne and Susan Nichols, along with solar energy pioneers J. Douglas Balcomb and Edward Mazria, founded Passive Solar Associates. For five years, the organization presented workshops on passive solar design and construction to more than 4,000 builders, architects and public officials around the U.S.

The energy crisis, which buffeted much of the ’70s after an embargo of the U.S. and Europe by oil producers in the Middle East, fueled U.S. interest in alternatives, and President Jimmy Carter was a supporter.

“He started the Solar Demonstration Program, and he installed solar water-heating panels on the White House,” Nichols said.

After moving to Santa Fe in 1972, the Nicholses, whose company is Communico Inc., started working with architect Bill Lumpkins and formed Passive Solar Associates. Their first substantial project was First Village south of Santa Fe. The concentration of solar homes built there between 1973 and 1979 was groundbreaking.

In the early 1980s, Communico built the 34-house solar subdivision La Vereda on Gonzales Road. The couple then collaborated with Mazria on La Vereda Compound, a development of 36 luxury passive solar townhomes on East Palace Avenue.

Nichols offered an explanation into the logic of passive solar design at a house his family owns in La Vereda.

With old-fashioned trombe walls, a technique that allows a window to be placed directly in front of a wall of adobe or concrete and separated by an air space, the concrete mass is painted black on the exterior to maximize solar gain. In this house, the effect is intensified because the mass is fronted with a “selective surface” — a copper-nickel film.

On the inside, it all looks like a thick wall framing a large window. But the wall sections on either side of the window are trombe walls. On the outside, you can see they’re glazed and have an air space between the glass and the concrete mass.

The reason you can’t tell they’re trombe walls from the inside is that there are no vents.

“They always used to vent trombe walls at the top and bottom, so the cold air inside could circulate through and be warmed, but it looked ugly with those vents and you had to deal with bugs,” Nichols said. “Our contribution was the unvented trombe wall. The goal was to build a solar home that didn’t intrude. Inside, you’d never know that this is a very high-performance solar home. And it’s such a simple principle.”

Another room in the house has a concrete wall that’s heated by sunshine from a row of south-facing clerestory windows.

The work of Passive Solar Associates was publicized in Life, House & Garden and other national magazines. Nichols called it “the first wedge into looking at the relationship between construction and heating your house by structuring it correctly.”

It is perhaps a tragedy that much of that enthusiasm and innovation was soon lost on the greater public.

“What killed passive solar is when the cost of photovoltaic panels went from $46 a kilowatt-hour to 46 cents,” Nichols said. “Was passive solar a fad? It was supplanted by photovoltaics. You just sign a check. You don’t have to change your lifestyle.”

Today, the energy-efficient house is super-tight and must have a whole-house ventilation system. The HERS (home energy rating system) score is all-important.

“The change in the codes and the HERS movement for tight houses with air exchangers has pushed passive solar aside,” lamented Nichols, 78. “It’s too bad.”

He denigrates the new protocol for its reliance on technology and electricity. And what happens when the power goes out?

“The initiatives that got rolling in the late 1970s and early 1980s, I think, put pressure on the whole system to look at energy conservation, and then they started squeezing the structure of a house to be more energy efficient,” he said. “But I’ve never been a fan of the tight house.”

“I’m not a big fan of the tight house that needs to be mechanically ventilated. I prefer natural, breathable structures — I love fresh air — but with the HERS rating, it’s been going the other way.”

Muller’s company, Tent Rock Inc., has done passive solar in many forms over the years, but he acknowledges it has waned in popularity. His clients may not care about trombe walls anymore, but he still enjoys solar heating in his own home.

“My house is cast pumice-

crete with south-facing windows,” Muller said. “It’s great light, and I put an arbor with grapes farther out. That would create shade in the summer, and in the winter, the leaves would fall off and it let the sunlight in.”

“I still believe in it. I love trombe walls,” he said.

He has a greenhouse — “a room full of flowers and green and moisture” — for wintertime solar gain at his own house. “And in summer, it becomes a big ventilator for cooling.”

Passive cooling in August is as important as passive solar heat in January.

Concrete is often preferred over adobe for thermal mass in a passive solar home, but Chalom likes adobe because a layer of mud plaster binds to it. Both are earthen.

“Mud plaster is very hydroscopic, so it absorbs moisture at night,” he said. “Then when the house warms up, the moisture comes out of the wall and evaporates — it goes through a phase change — and you have amazing cooling.”

Ed Mazria was also the architect of Chávez Center, now undergoing yet another round of major repairs for the umpteenth time in its two decades. (Fortunately the city hasn’t actually closed the whole place as they have off and on with the other two “wreck” centers, resulting in an un-fun game of musical pools.)

Chávez is a very poorly designed (functionally and aesthetically) white elephant that has had serious problems from the start. The large unshaded viewless windows facing south create an all-day, all-year solar oven in the pool area. Throughout the structure, the cheap diagonal tie-rods are noticeably sagging, meaning the building is probably structurally unsound.

The solar panels in the parking lot were just added a few years ago using money that would have been better spent expanding lot itself that is overflowing almost every weekend when events are taking place.

The alleged savings of its alleged “green” design were long ago offset by its endless repair bills. Shortly after its completion, Mr. Mazria abandoned his architectural practice.