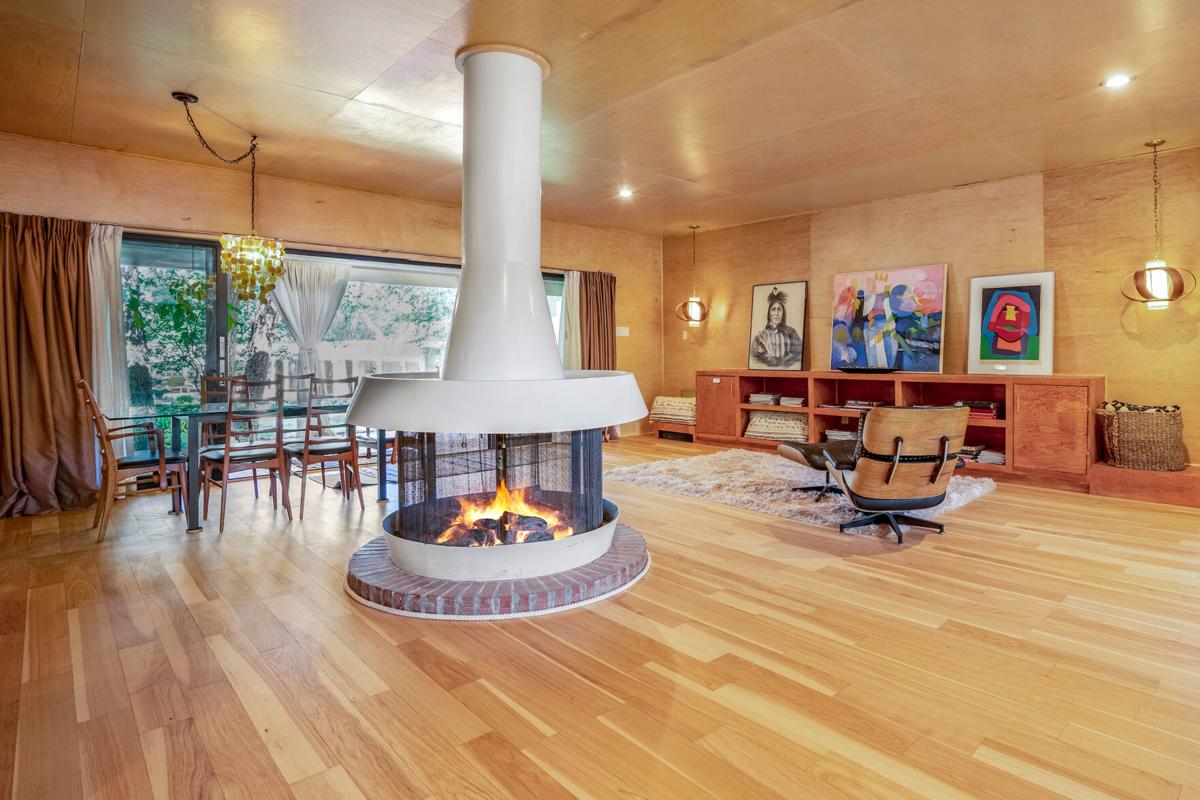 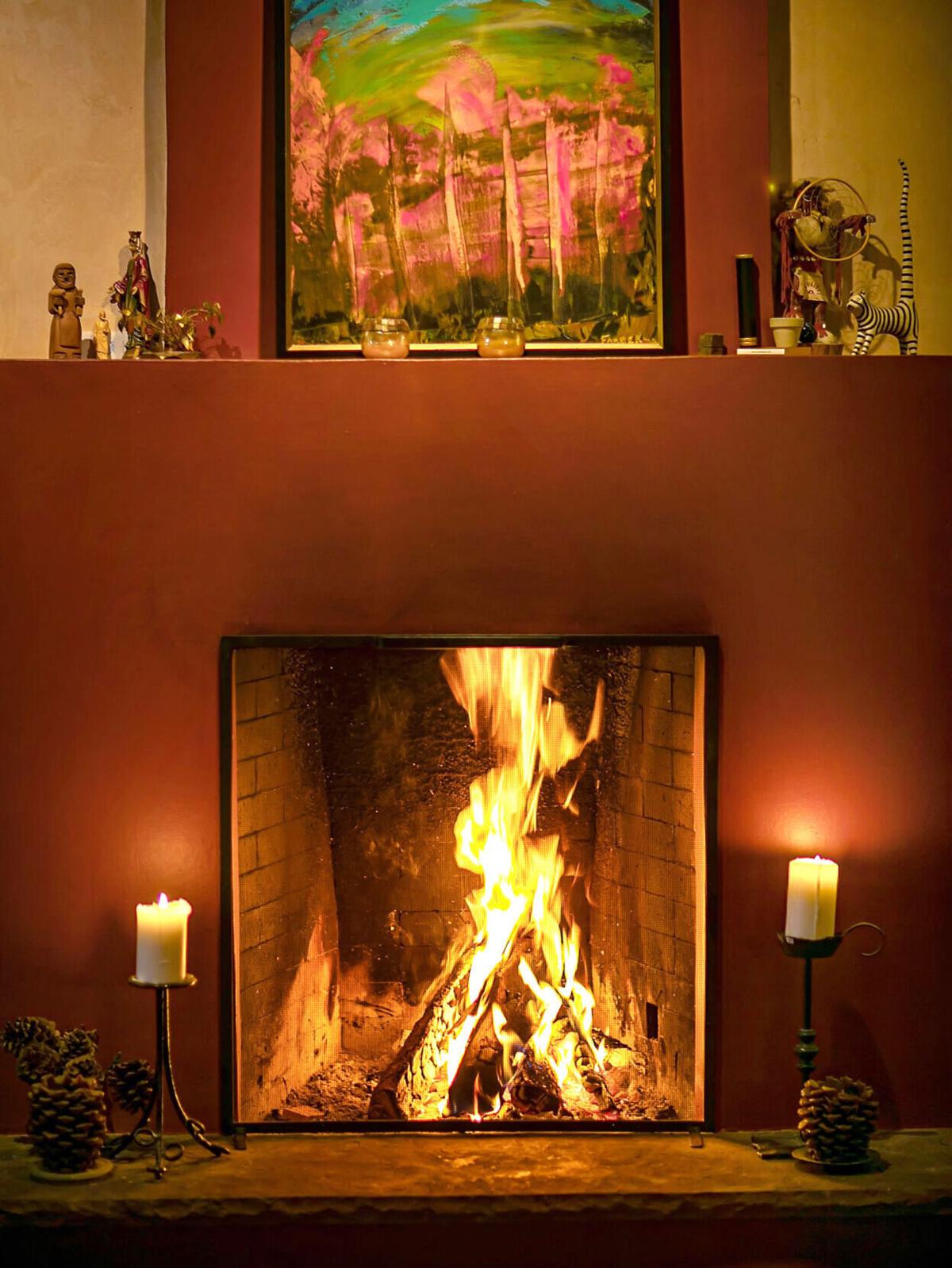 The hearth is truly the heart of the Hays’ home in winter. 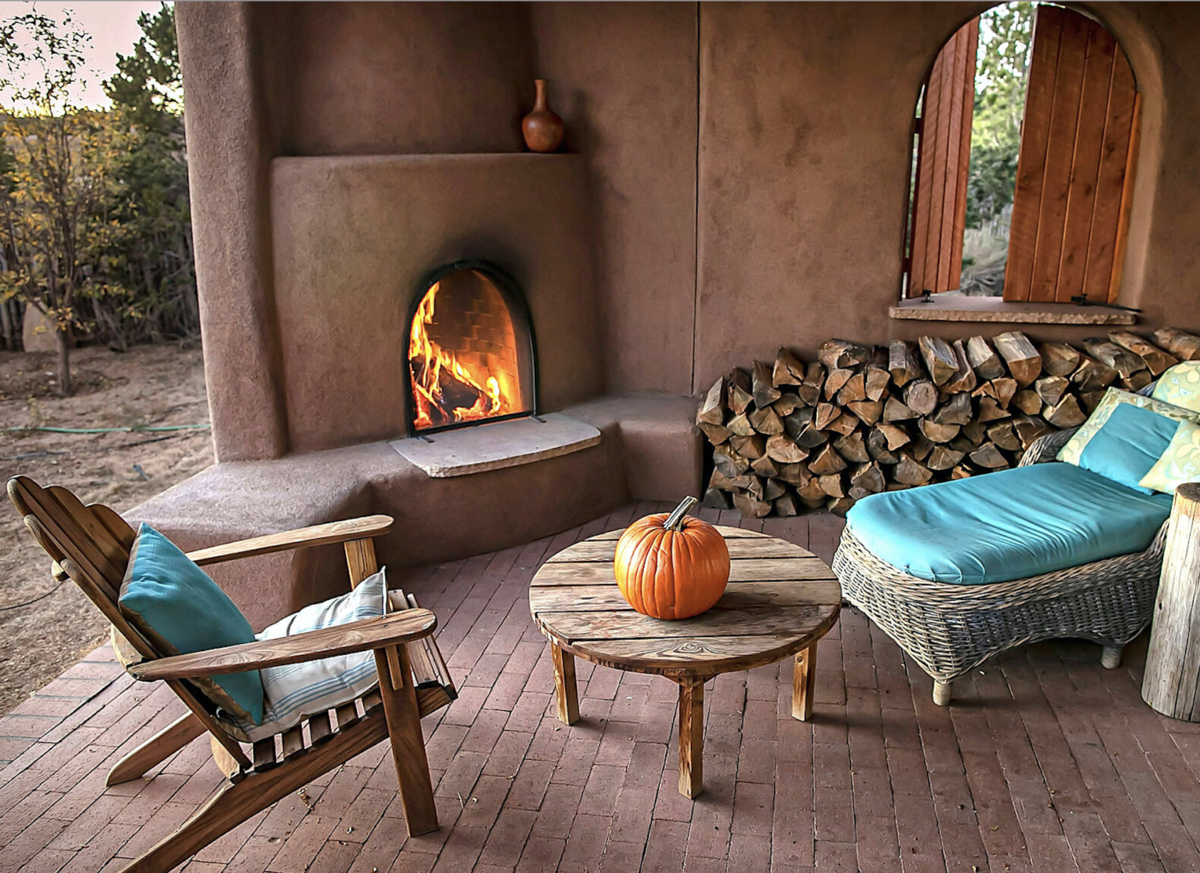 Almost every night of the year except in the height of summer, Santa Fe builder Jim Hays lights a fire in his outdoor patio fireplace. “Fire is a primal, human need,” Hays said in a recent interview. “Plus, I think the flames of a fireplace are mesmerizing. You just tend to stare at them.”

Sure, it takes some effort to keep the wood pile stacked, clean out the ashes and stoke the fire, but Hays is among the homeowners who think the effort is well worth it.

If the ability to build fire is a distinctly human one, people have also spent considerable thought and time over the centuries designing the structures that contain, display and utilize the flames often as a focal point of homes. Where once fireplaces and hearths were utilitarian, meant simply for cooking food and warming a house, now they also are design elements.

The hearth is technically the stone or masonry around and in front of fireplaces. They are most often made of ceramic tile, flagstone or brick. Some host a mantle, a place to hang winter holiday decorations to brighten the dark days. Hearths, according to Merriam Webster, are also synonymous with home, pad, residence and a creative center. Or as novelist Donald Antrim noted, “there is nothing like a blaze in the hearth to soothe the nerves and restore order to a house.”

On the practical side, a well-designed hearth around a fireplace protects floors and carpets from stray hot sparks or ash, and tall ones provide a place for people to sit and enjoy the warm radiant heat. In a true masonry fireplace like the ones Hays builds, a fire stoked at night will still emit heat the next morning.

Homebuyers’ desire for fireplaces and hearths doesn’t seem to have dwindled nowadays, according to realtors, though the lack of one isn’t usually a deal breaker either. What has changed is the type of fuel for those cheerful flames. Christopher Streit and Matthew Tootelian, brokers at Barker Realty, say many of their clients have traded in wood-burning fireplaces for gas-fired ones largely due to the ease of lighting them and less mess from ashes.

Tootelian noted cities such as Albuquerque prohibit wood-burning stoves because the smoke adds to pollution that sinks into the valley in cold weather. Homes there to use gas burning fireplaces.

Design-wise, gas fireplaces can be placed in more places within a home than a wood burning one. Some now are built into the same walls that host flat screen televisions giving double the entertainment value.

The two brokers said while they understand the preference for easier, quick natural gas fireplaces, they personally like the crackling of real wood fires and the smell of cedar and piñon smoke drifting around the City Different during the cold months. “It is a warm feeling,” Streit said.

In New Mexico, many older homes still use wood as a main source of heat. For some families, fetching the wood from local forest, cutting and splitting it to size and stacking it up is a tradition.

Tootelian said despite his preference for a wood-burning fireplace though, like many of his clients, he’s putting in a gas-fueled fireplace in the home he just bought, for the convenience.

Most of their clients who want fireplaces still lean toward the beehive kiva style in a room’s corner. Hays said the one place he doesn’t recommend putting a fireplace in a home under construction is the master bedroom. In his experience, they rarely if ever get used.