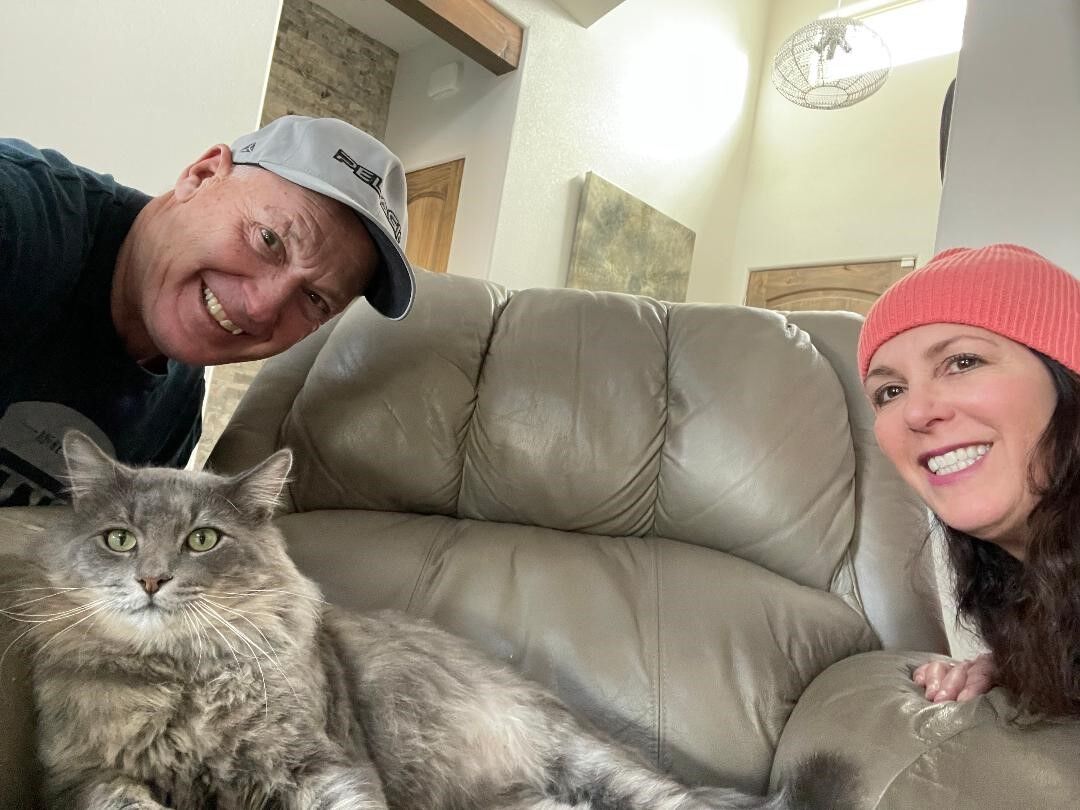 Jerome Coffidis, left, and Sharon Redsun show off Grayson, a cat they adopted, lounging in his favorite chair. 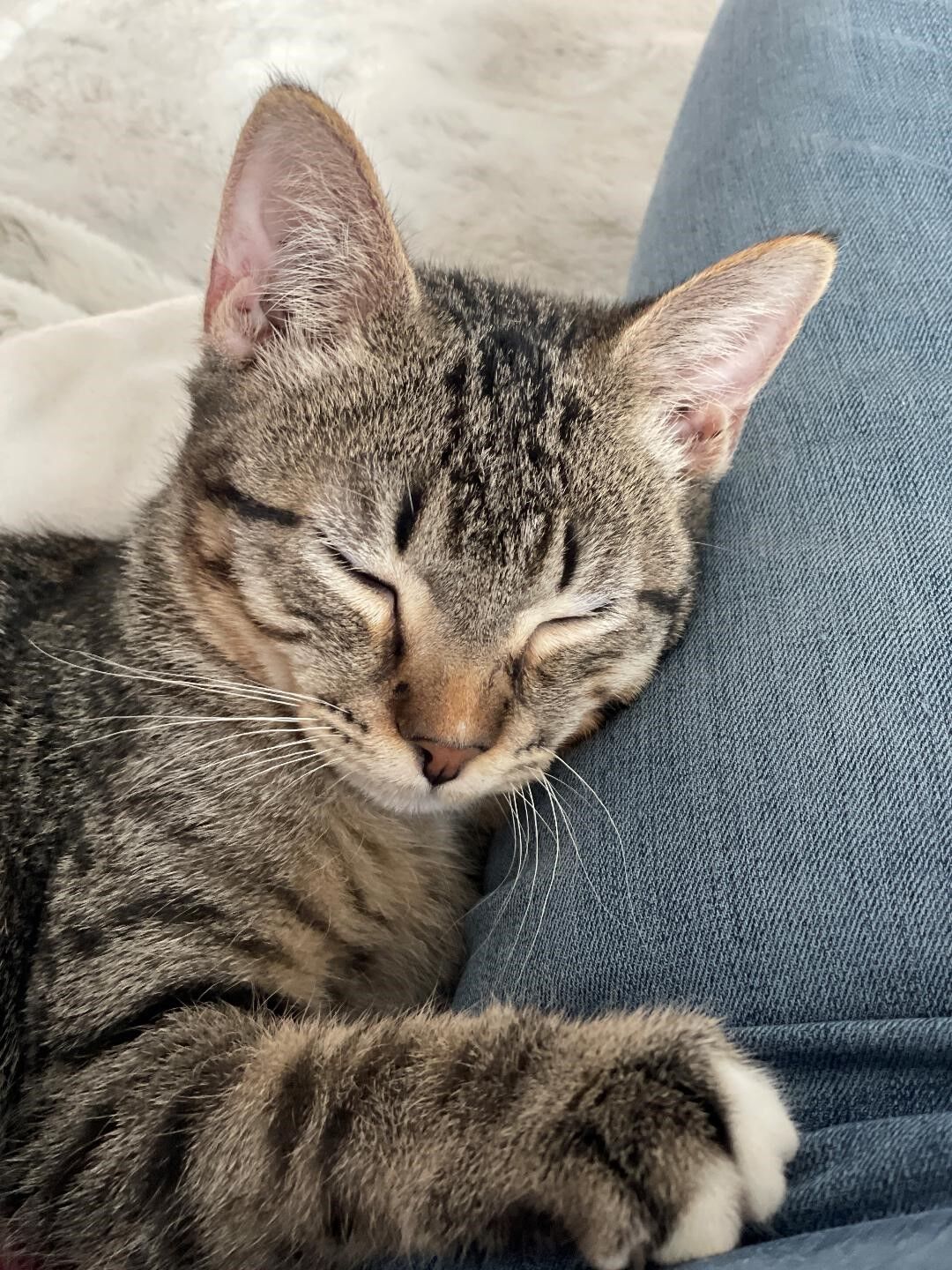 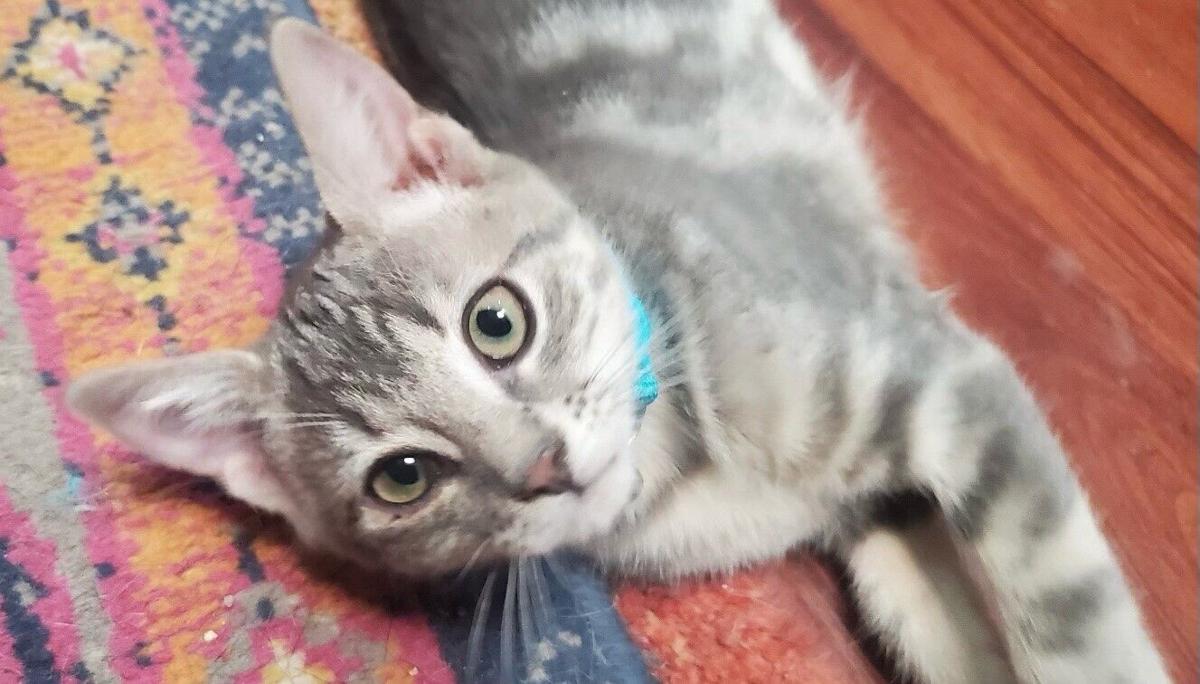 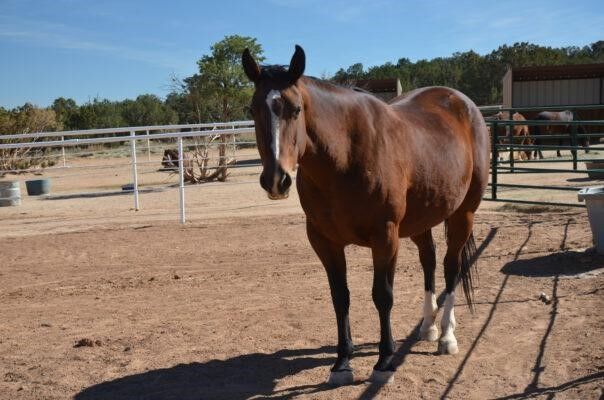 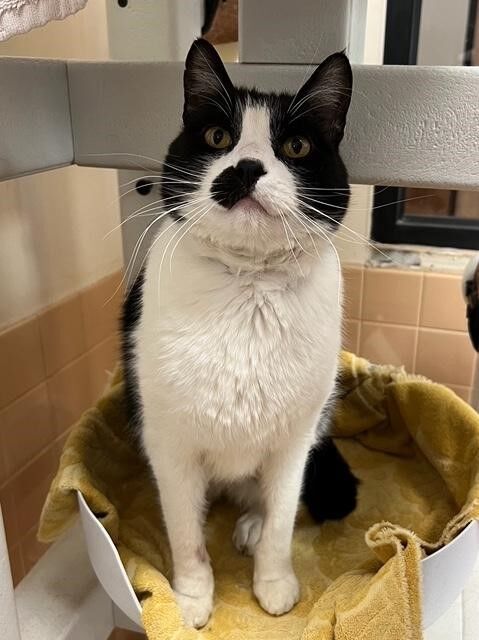 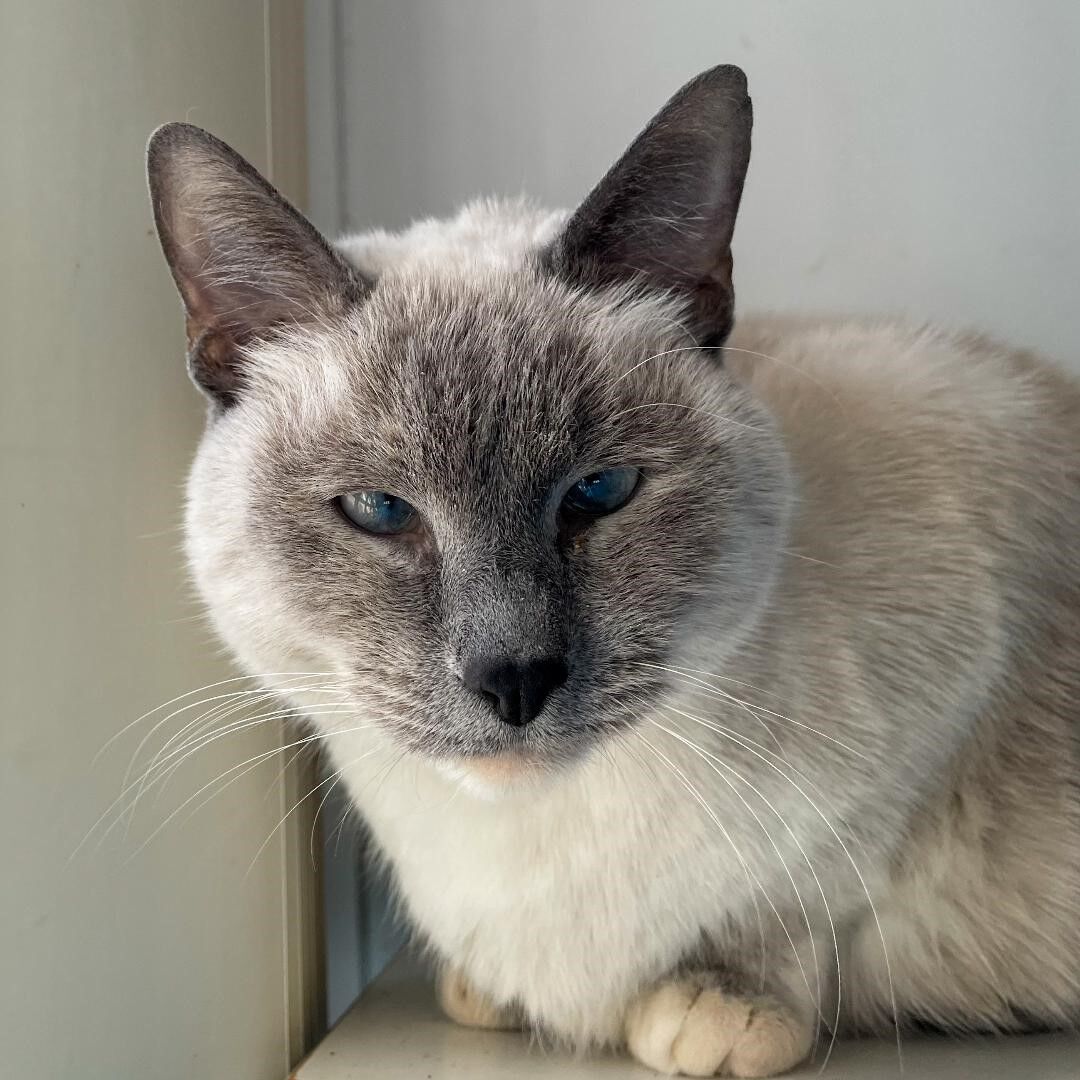 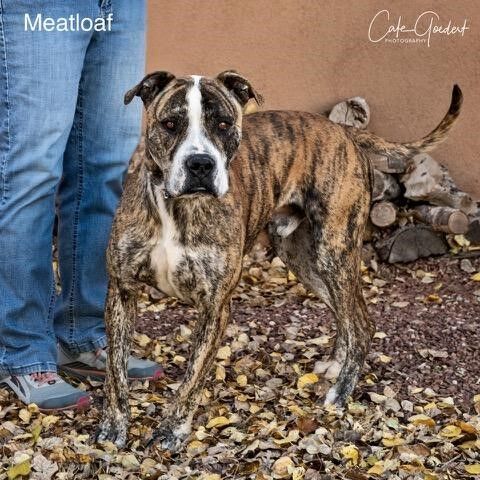 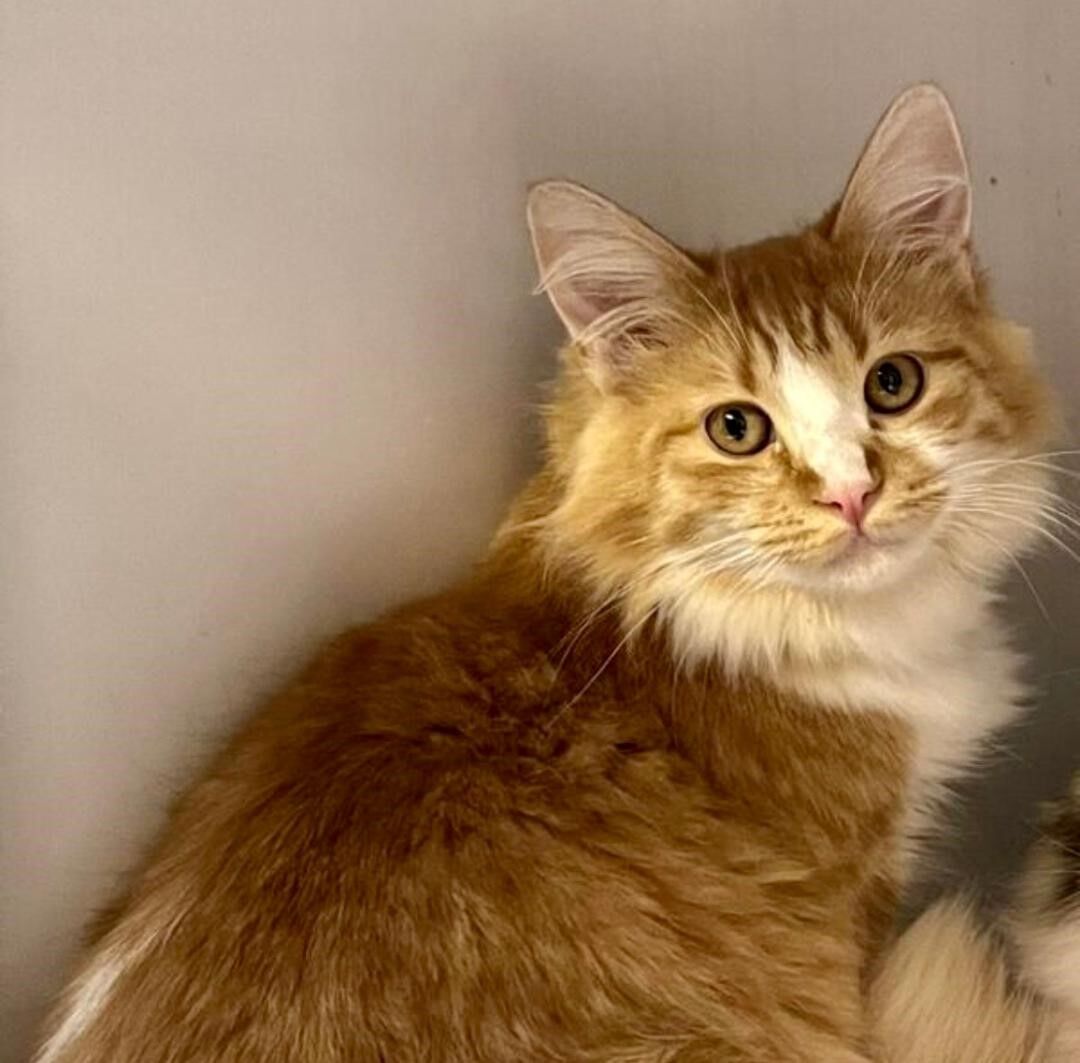 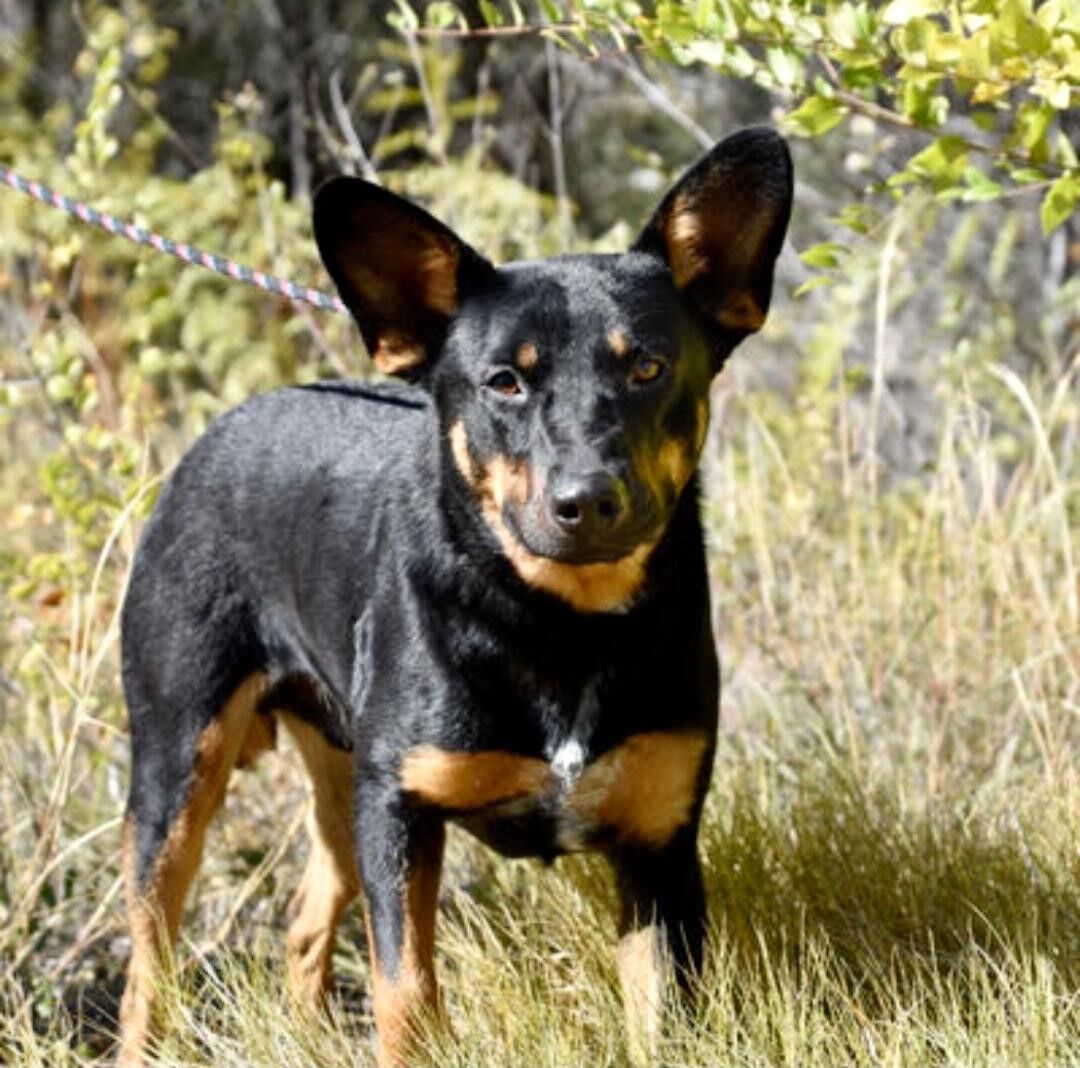 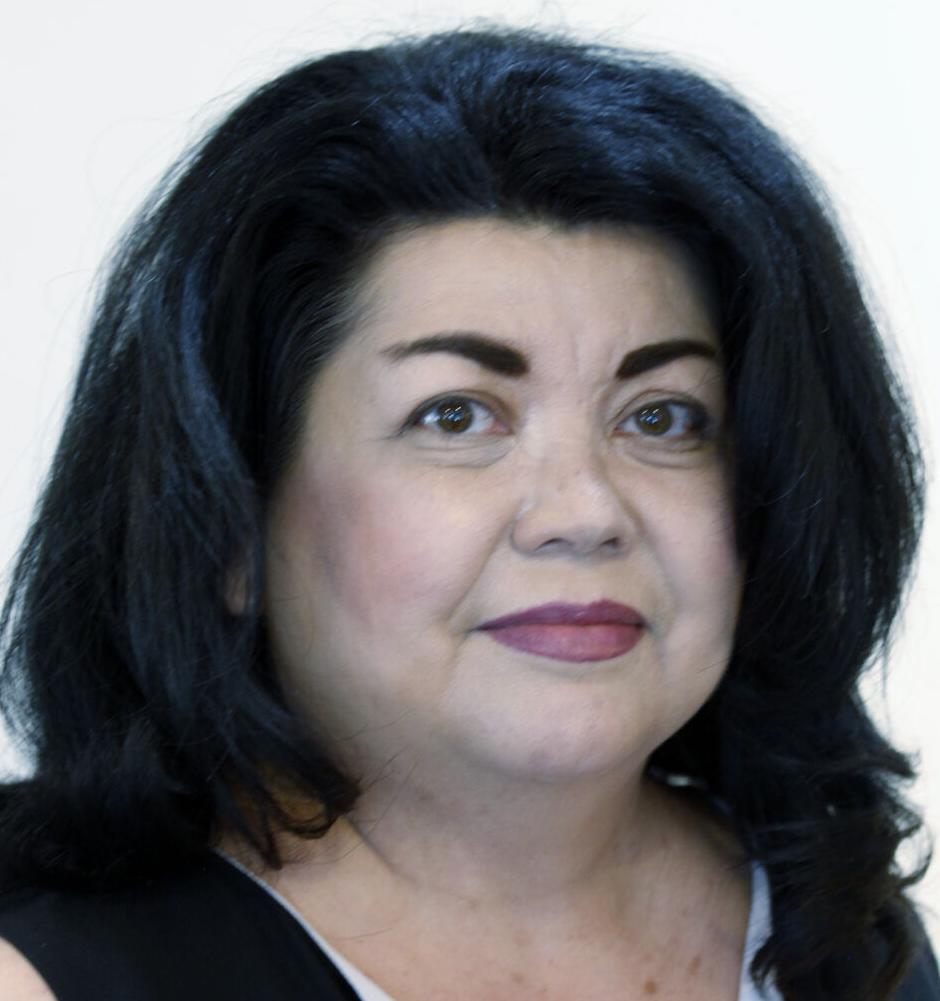 Jerome Coffidis, left, and Sharon Redsun show off Grayson, a cat they adopted, lounging in his favorite chair.

Going from being rescued off of the streets in southern New Mexico, to having a new home in Santa Fe, Grayson has come a long way.

Grayson, a gray Turkish Angora, almost 4 years old, was found lying in a gutter with an infected abscess. He spent several weeks recovering at a nearby veterinarian clinic before being transferred to Felines & Friends. Upon arrival, it was clear to staff that this affectionate and social feline should recuperate in a home. Around this same time, Sharon Redsun and Jerome Coffidis of Santa Fe decided they wanted to foster a cat.

The couple’s cat had died unexpectedly in June, and after a few months of grieving, the couple decided to foster, and heard of Grayson.

“We fell in love with Grayson right away and knew we were going to make him our new family member,” Redsun said.

The couple adopted Grayson in early November, and he adapted to his new home immediately. Grayson has the run of the house and even has his favorite chair — formerly Coffidis’ favorite chair. Grayson loves to be cuddled and throws himself on his back for belly rubs.

The couple agree: “Grayson is a joyful addition to our home. He is a very mellow cat and warmed up to us right away.”

Redsun added, “I think adult cats and dogs that have been rescued are so grateful to have a safe loving home that they truly appreciate their adopters.”

Santa Fe Animal Shelter & Humane Society: Meatloaf is a dapper 2-year-old mixed-breed dog who weighs 77 pounds. Meatloaf is a bouncy and exuberant guy who has lots of energy and is always ready to go on a new adventure. He knows how to sit and spin for a treat. Meatloaf is picky about other dogs.

These and other animals are available for adoption from the animal shelter, 100 Caja del Rio Road.

The adoption hours are from 11 a.m. to 6 p.m. daily, but the shelter will be closed Thanksgiving Day.

Española Humane: Nacho is a 6-month-old orange tabby with luxurious long hair. He is neutered, vaccinated and microchipped.

Ronnie is 2 years old, weighs 41 pounds and is part cattle dog. He is shy but gets confidence from other dogs.

Maine Coon tabby mix Amore, with his oversized paws and ear tufts, will most likely remain a small guy.

Gray tabby Atreu is a bit shy but very sweet and cuddly with those he knows.

Lilac Point Lulu is a 6-year-old Siamese, and is a gorgeous, outgoing girl with blue eyes. She really loves attention. She gets along with some male cats, but would probably rather be an only pet. Lulu can be seen by appointment.

Dew Paws Rescue: Blue is a handsome 11-week-old silver tabby. Blue also has 2 brothers and a sister who are looking for a home.

The Horse Shelter: Kat is a beautiful 11-year-old bay mare. She is very shy and looking for a partner to build trust and continue groundwork training. Kay is available as a nonriding or companion horse. Kat and many other horses are available for adoption at The Horse Shelter.