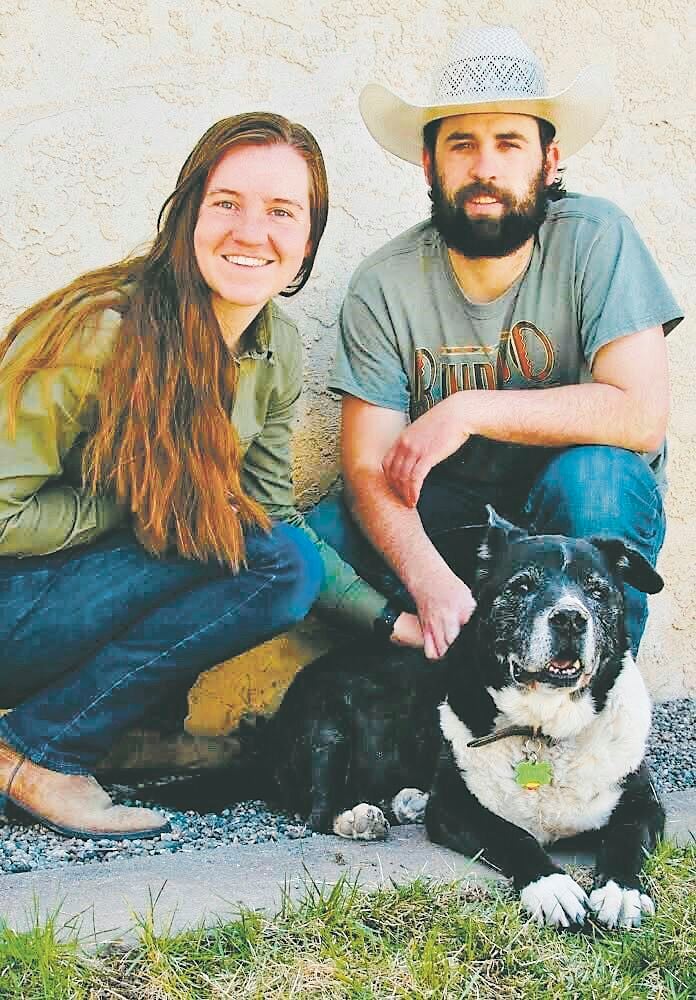 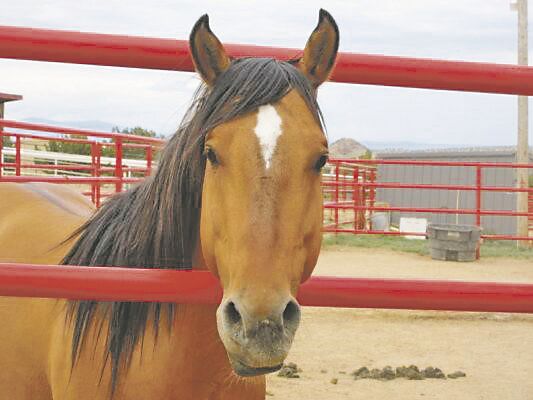 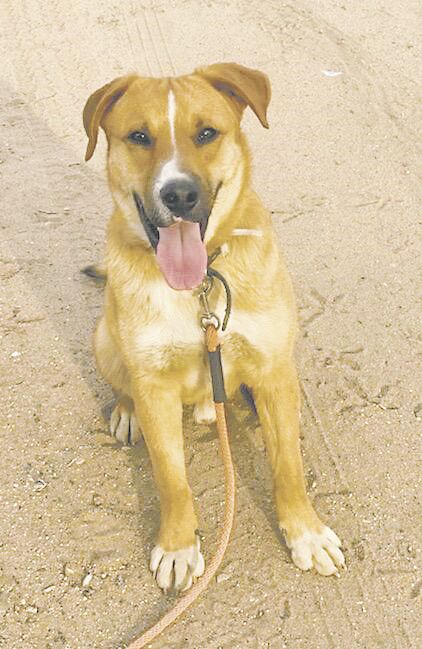 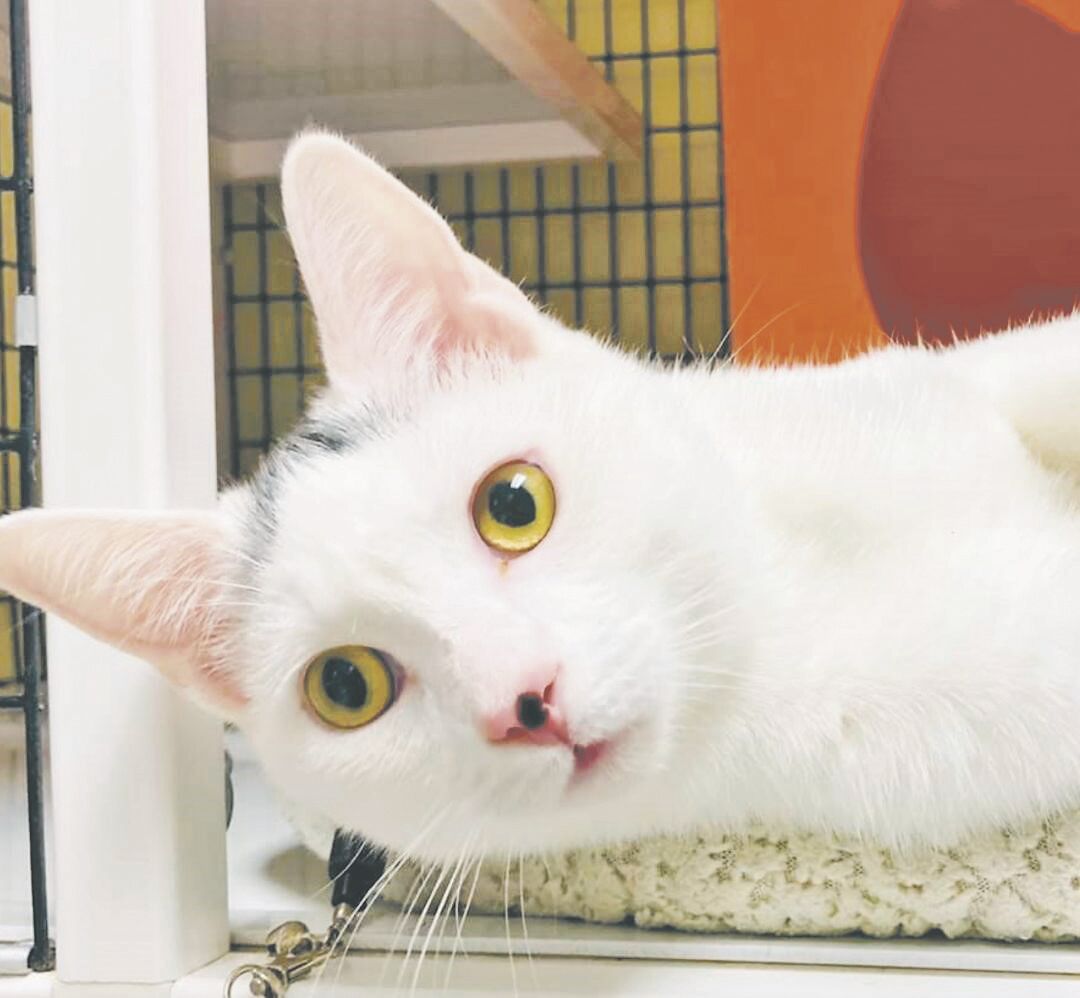 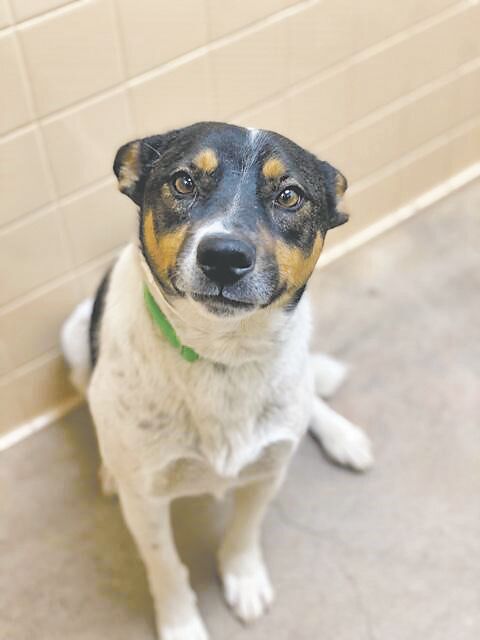 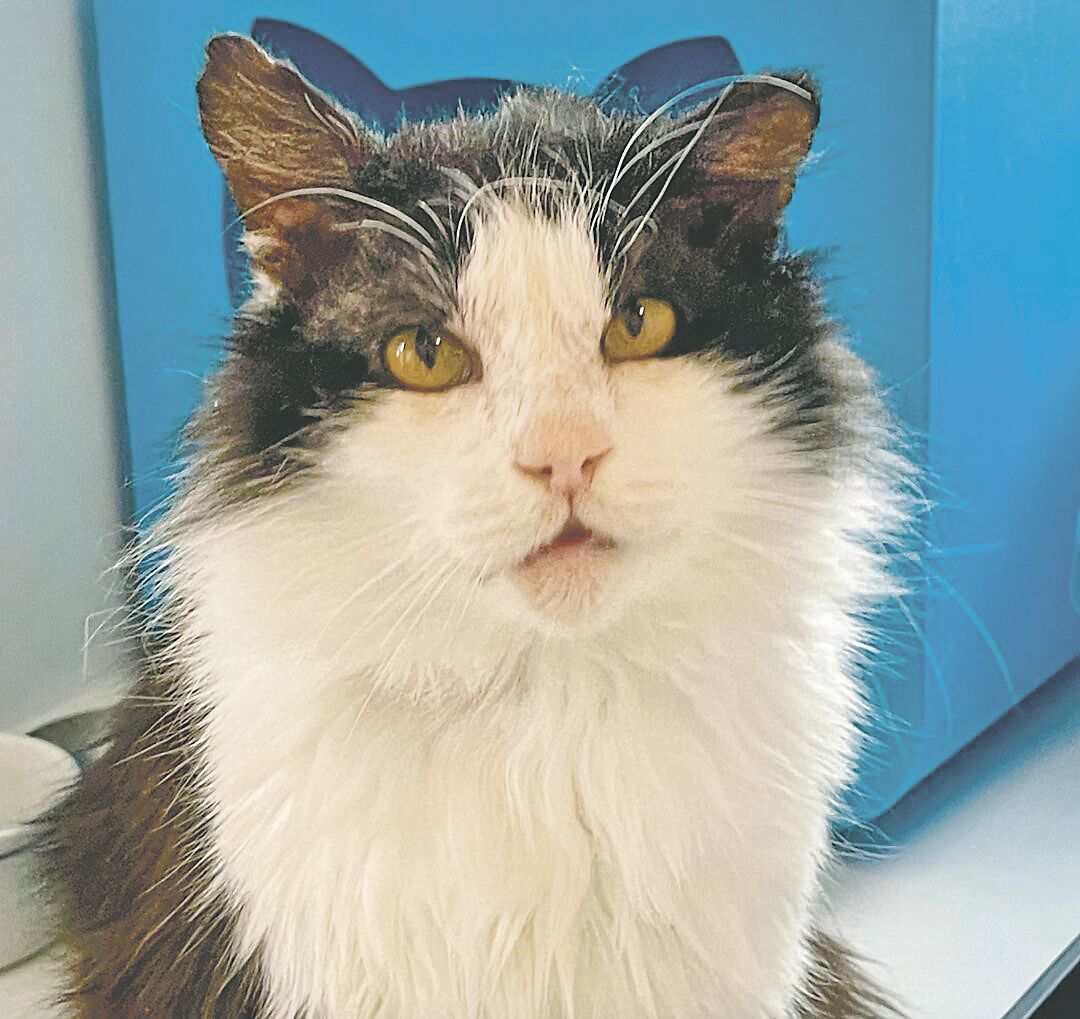 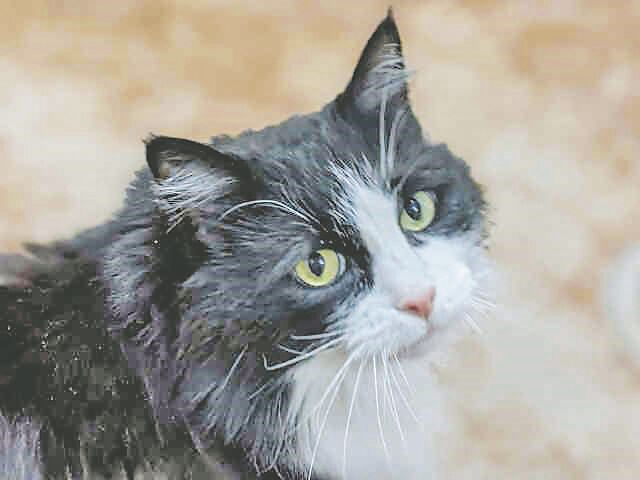 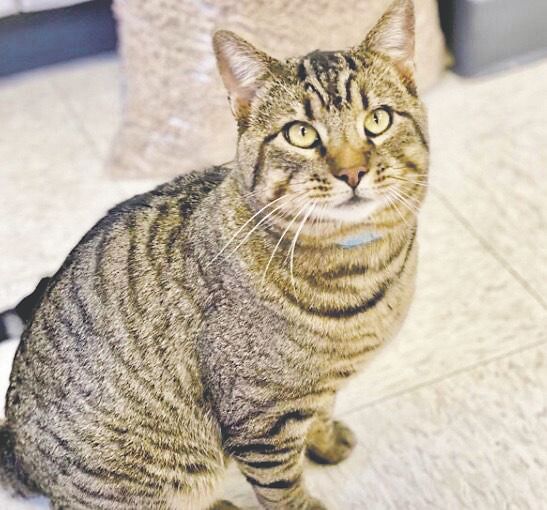 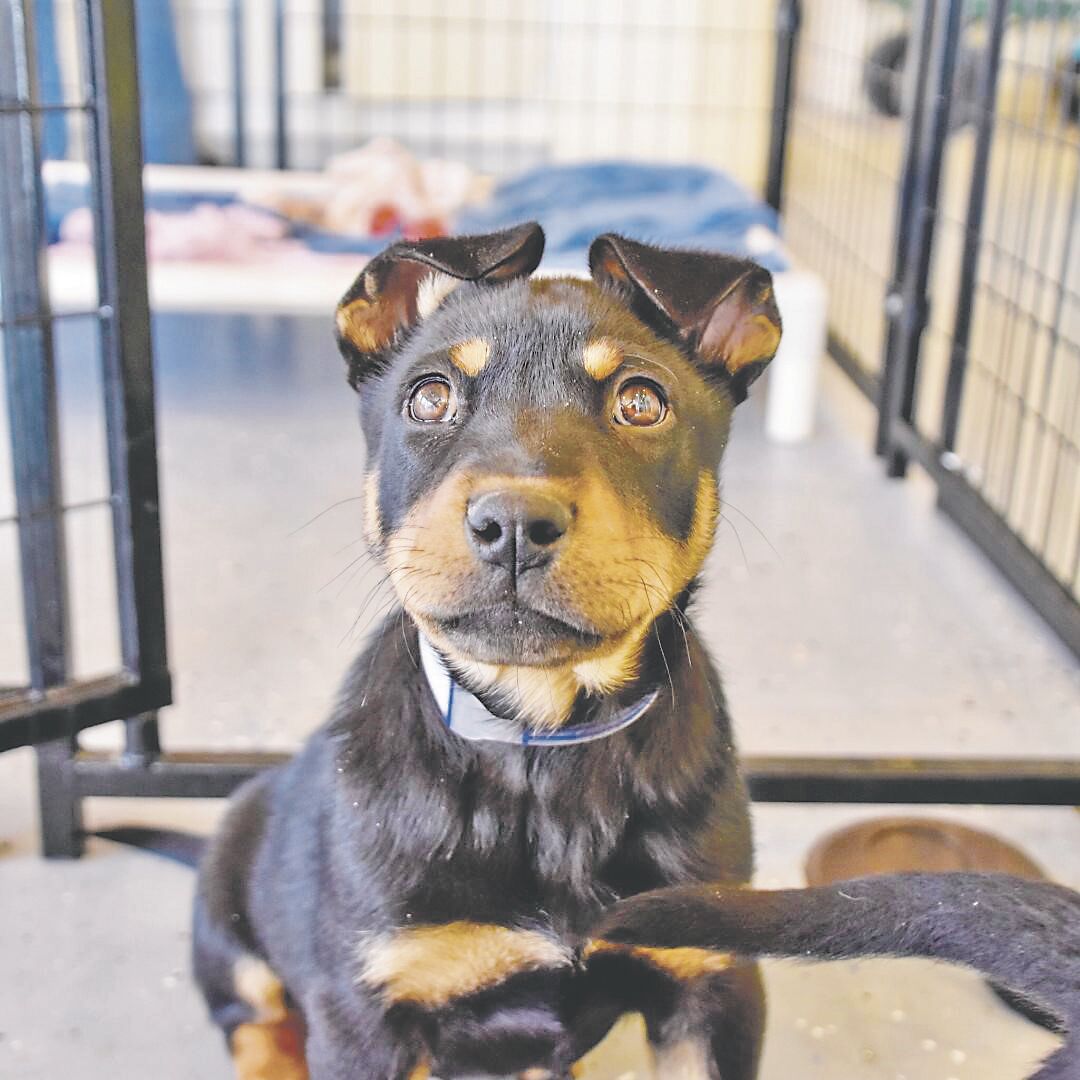 One year ago at the start of the pandemic, Kristina Beuche of Española saw a dog named Alvin on Española Humane’s Facebook page. Alvin was 14 years old and broken down from years of hard living on the streets. He was heartworm positive, had an arthritic spine, blown knees, lopsided deaf ears and cloudy eyes that were going blind.

Still, the dog had a radiant smile with an undeniable sparkle and swagger.

Alvin had spent several months in foster care, where he was treated for heartworm, gained weight and took medications for his aches and pains. With his spunky personality, it was clear Alvin had a lot of life yet to live, but not a single person had applied to adopt Alvin.

“I filled out an application online for him immediately, even before asking my boyfriend, Tim,” Beuche said.

However, when her phone rang to schedule a meet and greet, she knew she had to tell Tim Errickson. She convinced him to go by telling him that Alvin “was him in dog form.”

It was partially true: Errickson was born deaf, and about a month before the meet and greet with Alvin, he was also blinded in one eye.

At the meet and greet, Alvin charmed his way into their hearts with his cheerful smile and zest for life, and as predicted, Alvin took a special shine to Errickson.

“Within minutes, Tim knew we were going home with him,” Beuche said.

She said that despite his advanced age, Alvin is still a puppy at heart with his daily walks to the river and love of camping trips.

Alvin “always has to have a bone or antler in his mouth,” Beuche said. “Tim and I joke that it’s like an old man with his pipe or cigar. If he doesn’t have one in his mouth, he will go find one.”

Senior dogs give new life to old souls, and adoptions like Alvin’s prove that it’s never too late for a second chance at a new beginning.

Santa Fe Animal Shelter & Humane Society: Sal is a handsome 3-year-old mixed-breed fellow who weighs 37 pounds. Sal, who is a bit shy to new people, has opened up at the shelter and enjoys being the center of attention. He knows all the basic commands, including how to sit and stay. Sal enjoys walks.

He is ready for a new home that will give him lots of love and attention.

These and other animals are available for adoption from the animal shelter, 100 Caja del Rio Road.

The shelter’s adoption hours during the pandemic are by appointment from 11 a.m. to 5 p.m. daily.

Zuko is a 2-month-old miniature German shepherd mix. He was left at the shelter unsocialized and full of fear, but after weeks of comforting care in foster and at the Ojo Santa Fe Puppy Patch, he is warming up. Zuko is available for adoption by appointment.

Apply at espanolahumane.org to schedule and appointment.

Dew Paws Rescue: Conner is an 18-month-old mixed breed who weighs 35 pounds and is medically vetted.

Conner gets along well with other dogs and is with a foster family.

Felines & Friends: El Gatito is full of energy, very inquisitive and a little feisty. He is 10 months old.

El Gatito loves to play with toys and has a charismatic personality.

He would prefer to be an only cat but might enjoy the company of a dog. He would do best without young children.

Scruffy is easygoing and gentle.

He gets along with other gentle cats but would probably be just as happy as an only pet. He is about 11 years old.

Both can be seen at the adoption center in Petco.

The Horse Shelter: Cimarron is a 7-year-old, 14-hands-high dun gelding.

He needs more time and miles under saddle. He has a good understanding of the foundation of riding.

Cimarron can still get startled on a trail but is handling himself much better. He needs an advanced rider who can help further his training. His adoption fee is $750.

For more information on Cimarron or other horses available for adoption at The Horse Shelter in Cerrillos, call 505-577-2193 or go to thehorseshelter.org.