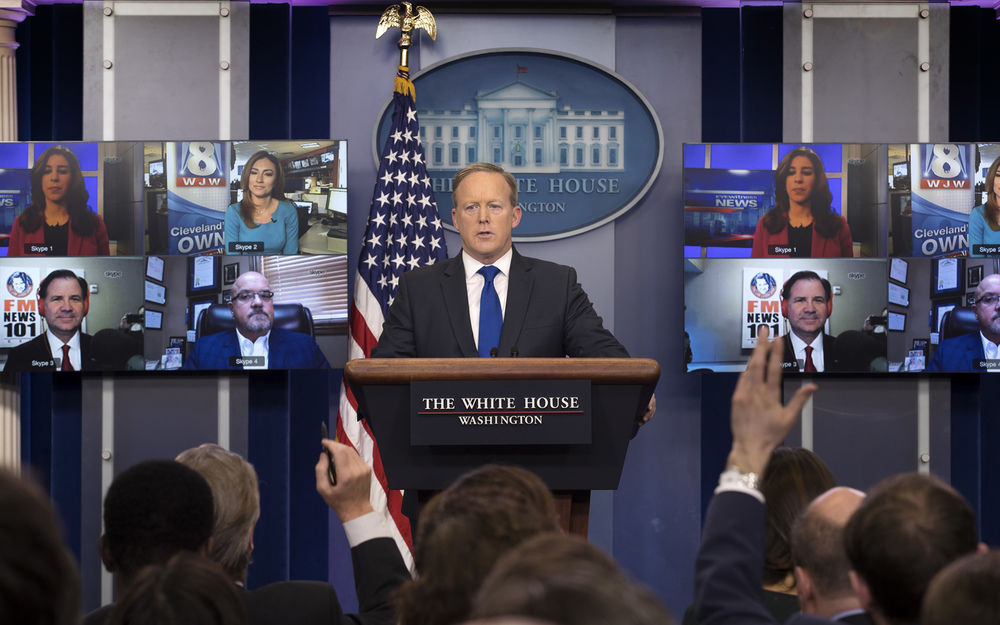 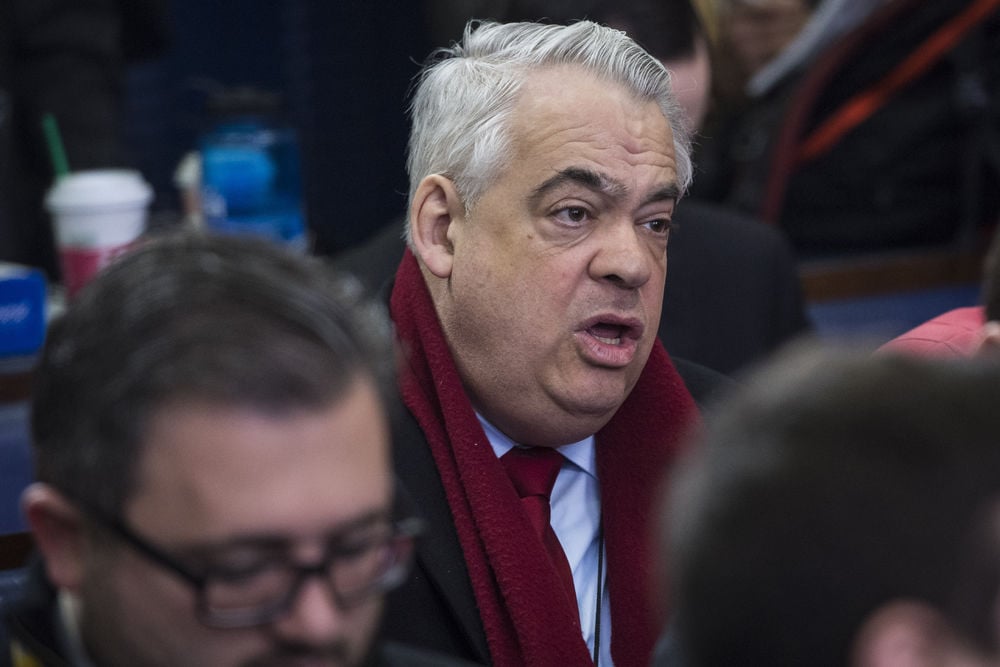 John Gizzi of NewsMax in the daily news briefing at the White House. MUST CREDIT: Photo by Jabin Botsford for The Washington Post.

John Gizzi of NewsMax in the daily news briefing at the White House. MUST CREDIT: Photo by Jabin Botsford for The Washington Post.

John Gizzi has been around the block more than a few times at 1600 Pennsylvania Ave. A veteran presidential reporter, the white-haired Gizzi has fired questions at seven White House press secretaries. Or has tried to.

Very often, he said, he was ignored in favor of reporters from bigger news organizations, the newspapers, wire services and TV networks whose journalists occupy the front rows of the White House’s cramped press room.

Yet these days, Gizzi, the chief political correspondent for the conservative Newsmax Media news group, is enjoying newfound access. During the first two weeks of the Trump administration, press secretary Sean Spicer has picked him out several times from among the jostling mob of journalists seeking to question the administration.

Gizzi’s change of fortune reflects a small but important change in the way Spicer, and the Trump administration generally, has approached the news media. Once relegated to a secondary role under President Barack Obama and President George W. Bush’s press secretaries, smaller, primarily conservative news outfits — Newsmax, Townhall, the Blaze, the Daily Caller and Breitbart, among them — are now first among equals in Spicer’s daily encounters with the press.

“Reporters of all stripes were smiling when he bypassed the front row,” remarks Gizzi, who adds: “The last seven press secretaries did nothing to change that. This administration has. I think it’s a new press secretary. There’s a new voice with a new administration and a new style.”

Reporters from once-favored mainstream news outlets haven’t exactly been shut out by Spicer. But at some briefings, he’s ignored the entreaties of journalists from The Washington Post, CNN and the New York Times — all of which President Trump has singled out for criticism — to call on reporters for outlets that used to be an afterthought. The White House also appears to have steered Trump’s TV interviews to favorable outlets, too.

Spicer set the tone at his first briefing last month, two days after his disastrous defense of Trump’s assertion that his inauguration attracted a larger crowd than President Obama’s in 2008. Instead of calling on the Associated Press for the first question — as press secretaries traditionally have for years — he started with reporters from the New York Post, owned by Trump ally Rupert Murdoch, and the Christian Broadcasting Network. Both news outlets rarely sent reporters to briefings under Obama.

Since then, he’s begun briefings with questions from the likes of Katie Pavlich, a conservative commentator from Townhall.com, and Kaitlan Collins of the Daily Caller, a website founded by Fox News host Tucker Carlson.

Another Spicer innovation has taken on a conservative cast as well. The introduction of “Skype questions” from people in remote locations has included questions from such pro-Trump advocates as talk-radio hosts, who arguably aren’t journalists at all. Among the favored have been Dale Jackson, Lars Larson and Adriana Cohen.

The new mix of reporters can produce a mixed bag of questions — some tough, some idiosyncratic. Last week, for example, Gizzi pressed Spicer on whether Trump would nominate Thomas Hardiman, the “losing” finalist on Trump’s shortlist for a Supreme Court vacancy, for the next open seat. (Spicer wouldn’t say.)

On Thursday, the Daily Caller’s Collins set up her question about the Consumer Financial Protection Bureau — the brainchild of Trump critic Sen. Elizabeth Warren, D-Mass., — by noting that “hundreds of its members” earn more than members of Congress. “Does the president have plans to revamp this agency?” she asked. (Spicer gave a general answer about “respect for taxpayers’ dollars.”)

While the questions from conservative sources can be as provocative as any other, Spicer’s critics see a subtle politicization creeping into the briefings.

“The briefings have become qualitatively different,” says Tommy Vietor, a former national security spokesman for Obama. Vietor regards Spicer’s pressroom strategy as an extension of Trump’s “ever-more contemptuous approach” to dealing with the media. The elevation of conservative outlets at the briefings “changes the entire tenor of the exercise,” he said.

Obama’s spokesmen steered the president to outlets perceived as favorable, too. He gave extensive interviews to BuzzFeed, Vox and Vice, among others, during his two terms.

Vietor — who acknowledges that he’s an “imperfect messenger,” after having battled reporters on Obama’s behalf —nevertheless says Spicer has repeatedly “given himself an out when he gets under pressure” by turning to potentially friendly journalists. “There are always tricks you can use in the press room, and he’s using them.”

In an interview, Spicer said he’s trying to create a different “tone” in the briefings, though he denies Vietor’s assertion that he’s manipulating his exchanges with the news media.

“We’re trying to expand the number of voices in the room,” said the press secretary, who keeps a copy of the dystopian novel “1984”in his new White House office. “We want to hear from CBN and Townhall just as much as NBC or CBS. It gives people a different perspective and sets the tone for the room. I hope it makes people think differently.”

Since taking office on Jan. 20, Trump has given four one-on-one TV interviews. His first was to David Muir of ABC News, presumably a neutral outlet. Since then he has spoken with interviewers who are potentially more receptive: Fox News’s Sean Hannity and Bill O’Reilly, and David Brody of the Christian Broadcasting Network.

Brody also said Trump knows he will reach an audience that has been supportive of him. “He understands that they may be the reason he’s sitting in the Oval Office today. So, there’s a loyalty to them,” he said.