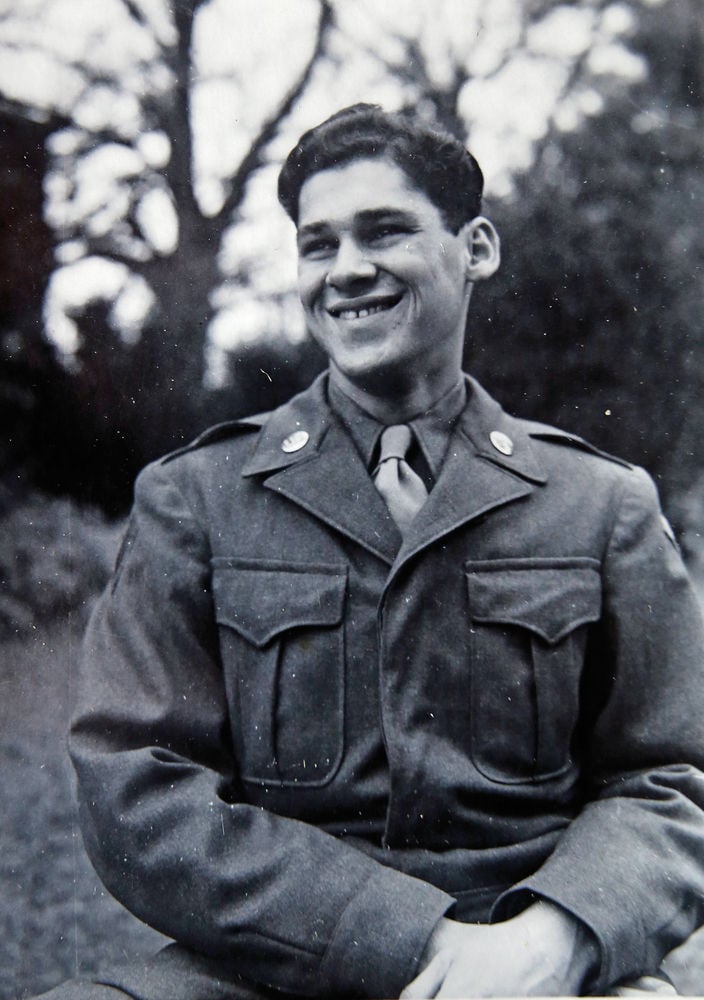 Mike Schultz when he was 18 years old. He served as an infantryman in the European theater against the Nazis and was one of the few veterans of World War II able to open up about his experience. 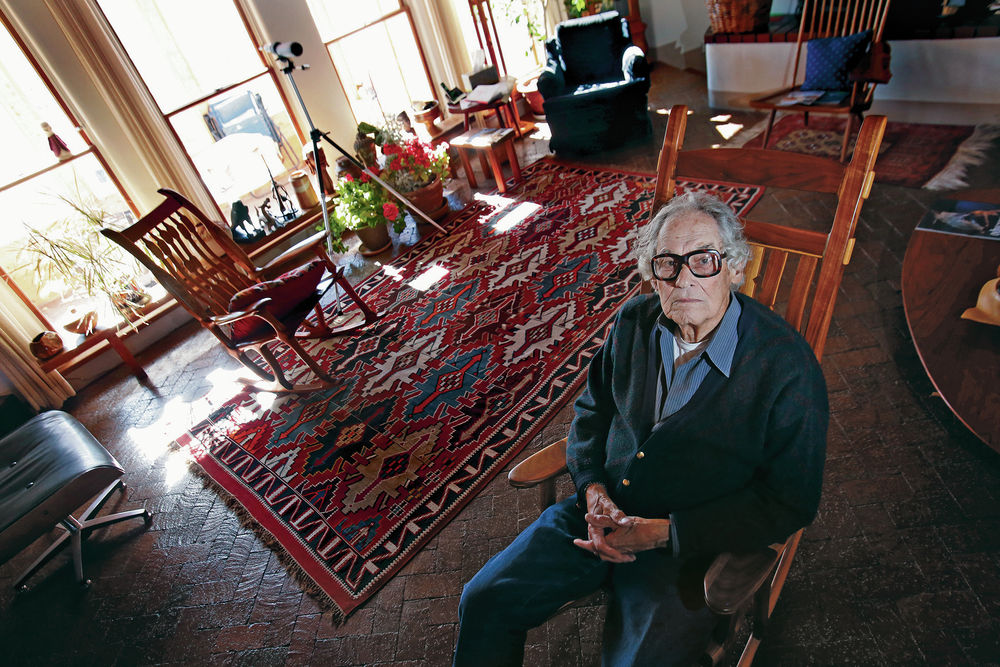 Mike Schultz sits at his home in Santa Fe. Schultz earned a doctorate in speech pathology and audiology from the University of Iowa.

Mike Schultz when he was 18 years old. He served as an infantryman in the European theater against the Nazis and was one of the few veterans of World War II able to open up about his experience.

Mike Schultz sits at his home in Santa Fe. Schultz earned a doctorate in speech pathology and audiology from the University of Iowa.

Mike Schultz saw horrific history with his own eyes and lived to tell about it.

The World War II veteran turned college professor, who built a new community of friends and took up new passions upon retirement in Santa Fe, died earlier this month. He was 94.

“He was never fond of authority,” Schultz’s son, Richard Schultz, said. “He had a bumper sticker for a while, which was a scientific version of that sentiment. It said ‘Subvert the Dominant Paradigm.’ ”

Schultz was born in Philadelphia in 1926 and grew up spending the summer on the beaches and boardwalks of Atlantic City, N.J. He was drafted into the U.S. Army shortly after graduating high school and soon found himself in France, marching into Germany with 60 to 100 pounds of weaponry, ammunition and water cans on his back.

In a 2015 interview with The New Mexican, he recalled his unit coming across a recently liberated concentration camp in the spring of 1945.

His son said he never bought German-made products for the rest of his life. After the war, Schultz graduated from Temple University through the GI Bill in 1950. There, he met his wife Beatrice.

“She studied the social side of speech compared to his physiological side,” Richard Shultz said.

The elder Shultz taught speech and hearing and supervised research laboratories at a handful of universities before working as director of hearing and speech for the Boston Children’s Hospital from 1972-85. His life’s work was helping children with disabilities talk and listen while researching how the brain processes speech. Raising four kids, he always organized summer vacations in Atlantic City.

In 1992, the couple retired to Santa Fe, and Schultz read a few books at a time, took long walks downtown and picked up woodworking, even modifying a table to wrap around the bathroom sink.

For most of his life, friends and family said Schultz didn’t speak of his experiences in World War II until opening up through therapy and groups of close friends late in life.

Around 2000, he helped organize a weekly Tuesday night men’s club to discuss life before dinner and drinks. Schultz favored bourbon.

“When he finally got up to speak about his military service, it was a real breakthrough for him to be able to do that,” his friend Al Schwartz said. “That’s what the group was about and why he was such a support of creating and maintaining it. As much as Mike contributed to the men’s group, that’s as much as Mike received from the group as well.”

In his workshop, Schultz worked to perfect crafting wooden rocking chairs. It took a dozen tries to finish one good enough for his wife before he moved on to making them for himself and his kids. They’re all still rocking.

“They’re all slightly different. He made some to rock further back or they feel different on your back,” his son said. “We have one at our house. My brother has one, and my two sisters have them. There are a couple of others out there with friends and relatives.”

A truly impressive American and Man, May The Lord bless the soul of Michael Schultz!