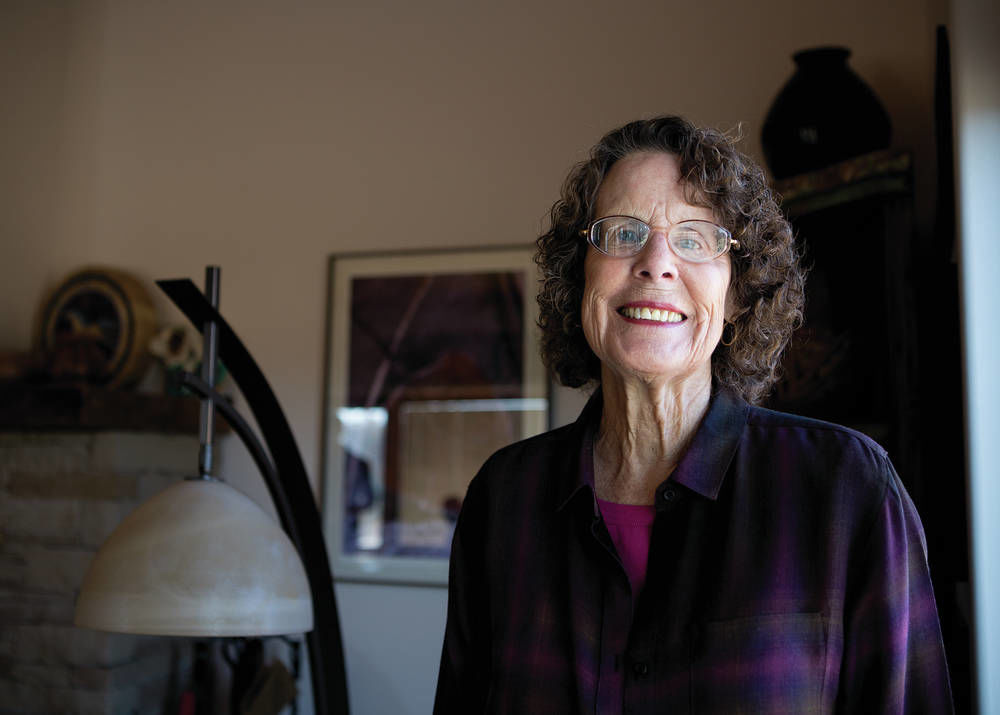 Mary Frances Singleton and her husband decided to move to Truchas in 2003 from their home in California after visiting a longtime friend there and falling in love with the village. Olivia Harlow/The New Mexican 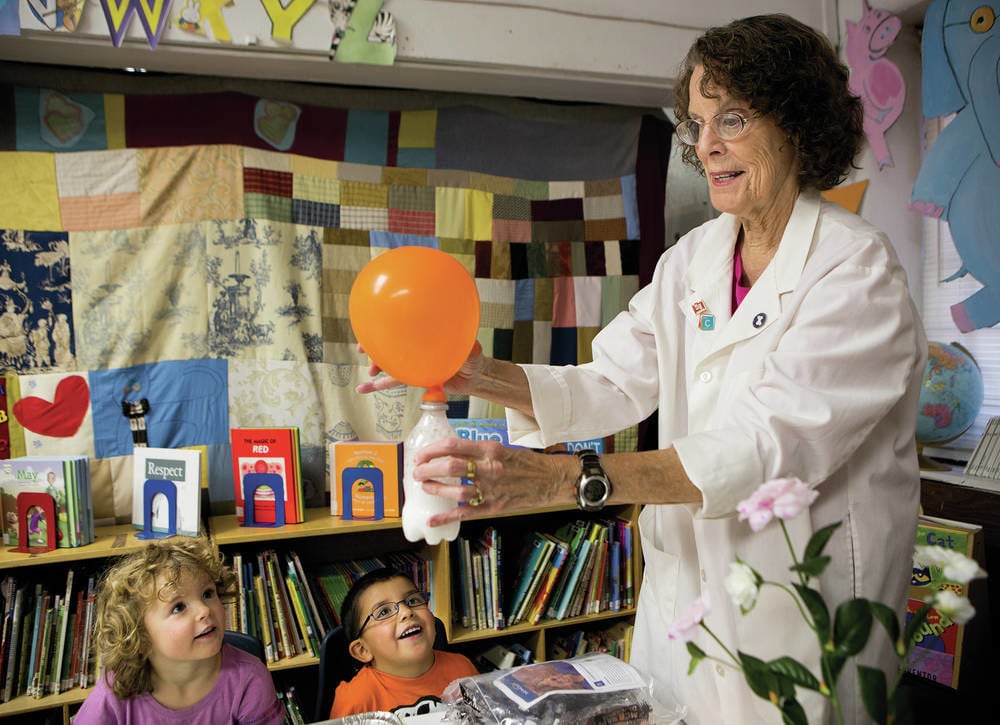 Mary Frances Singleton and her husband decided to move to Truchas in 2003 from their home in California after visiting a longtime friend there and falling in love with the village. Olivia Harlow/The New Mexican

It takes a community center to raise a village like Truchas.

That’s how Mary Frances Singleton, a treasurer on the board of the Truchas Services Center, describes the small library, senior center and gathering space, saying it’s “the heart and soul of the community” of about 1,000 people nestled high in the Sangre de Cristo Mountains.

“We don’t have commercial businesses up here,” Singleton says. “Our store closed some years ago. So the library is the go-to place for kids and adults. You can’t downplay that we have something here — that is community.”

For the rural Northern New Mexico village and surrounding area, the center, which started in the 1970s, provides senior services, health care, library services, a preschool, and a summer program for children ages 6 to 12.

Residents say much of the credit for the center’s success in recent years belongs to Singleton, a retired laboratory chemist who worked at Lawrence Livermore National Laboratory in California. She helps coordinate programs, raises funds and even conducts science experiments for kids. Singleton also established adult programs, such as weaving and quilting, with the help of board member Sharon Adee.

Her efforts to keep the center operating have earned Singleton a place among the Santa Fe New Mexican’s 10 Who Made a Difference for 2019.

She and her husband decided to move to Truchas in 2003 from their home in California after visiting a longtime friend there and falling in love with the village. Singleton quickly got involved in the community, joining both the Smith Memorial Presbyterian Church and the Truchas Services Center’s board of directors.

She turned the center’s local summer art program into “a much bigger deal,” she says, adding a science component and weekly field trips.

Truchas is a mountain town, with homes strung along the side of N.M. 76 like a string of pearls. Its claim to fame: It was the venue for the filming of Robert Redford’s The Milagro Beanfield War, released in 1988. Intermingled between crumbling adobe buildings with splintered vigas are newer homes with hand-painted signs advertising art.

The Truchas Services Center is housed in freshly stuccoed modern buildings. A playground with colorful equipment stands out front.

“Mary Frances does more work than I do actually,” Martinez says, adding she’s done everything from helping remodel the kitchen to keeping the books in order. She has a big heart, he says, offering anecdotes about Singleton driving local people to doctor’s appointments, buying clothes for children who need them and visiting seniors who are largely confined to their homes.

“She’s very generous with both her time and her money,” Martinez says. “Mary does well over what she’s called to do.”

Martinez, who grew up in Chimayó and works at Los Alamos National Laboratory’s steam power plant, has a family with deep roots in the area, and many of his relatives are connected with the center’s services. All three of his children attended the summer program, he says, and the two youngest attended preschool there.

One big concern for the village is the loss of the younger generation because of a lack of jobs, he says. The community center offers a few of the paid positions in Truchas: It has three preschool teachers, two part-time librarians, one custodian and a few substitutes on staff. The only other job options in the village are at the post office or in the art galleries.

Singleton says the work of caring for children during the workweek often falls to grandparents in the village because so many parents must travel to jobs outside the community. She estimates more than half of the families in the village are affected.

This is true for lifelong resident Cindy Vigil, who helps out with her four grandchildren, ages 7 to 18, while their father commutes to Belen and his wife works in Española.

Along with the isolated life in the village comes a struggle to get food on everyone’s table, Vigil says. Her family travels an hour round trip to Española each week to get groceries.

A decade ago, Vigil established a food program in Truchas. Now, twice a month, The Food Depot in Santa Fe delivers goods to Holy Rosary Catholic Church there, and Vigil’s program distributes the food to people in need.

Singleton points to such efforts and notes that building a better Truchas is not something she does alone.

“With the summer program, the grandparents always offer to volunteer,” she says. “They’ll bring snacks if we need more, and they love to come on the field trips. We never have trouble getting enough chaperones.”

Vigil, 66, met Singleton through their volunteer work at the Presbyterian church. She’s been on most of the weekly field trips, including hikes at Bandelier National Monument, excursions to Meow Wolf and the Lensic Performing Arts Center, and treks to the New Mexico Museum of Natural History and Science in Albuquerque.

“She’s willing to help everybody,” Vigil says of Singleton. “She makes sure that everybody gets their fair share, and she encourages kids to do different things. Everybody loves her here.”

The New Mexican will host a dinner reception Dec. 4 at La Fonda on the Plaza for the 10 Who Made a Difference for 2019. The event will include short videos in which the honorees tell their stories in their own words. Tickets are available to the public for $85 at the Lensic box office, 505-988-1234, or ticketssantafe.org. We also will publish a special magazine Dec. 4 featuring the honorees.