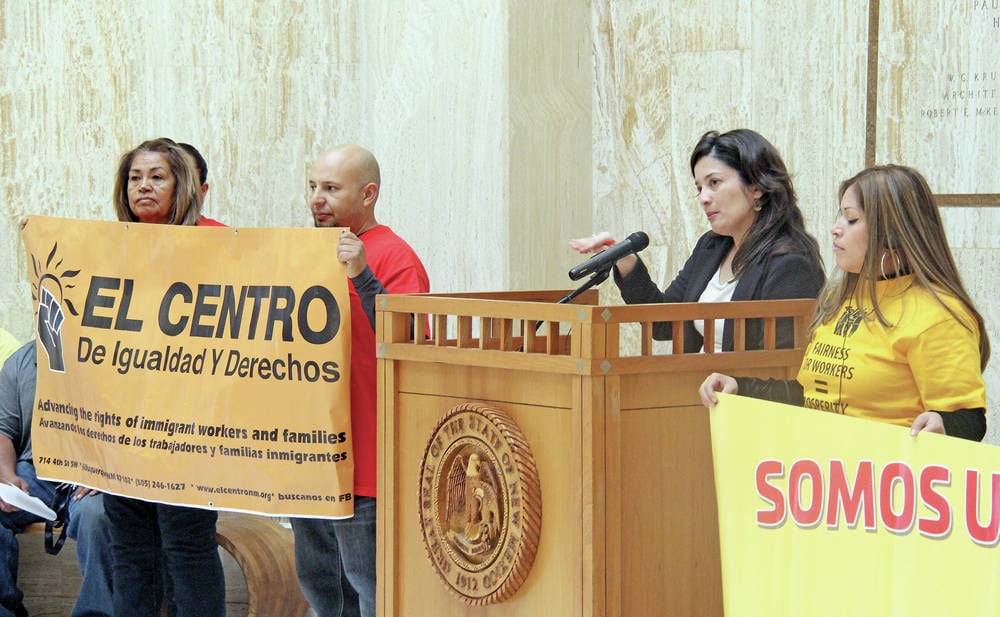 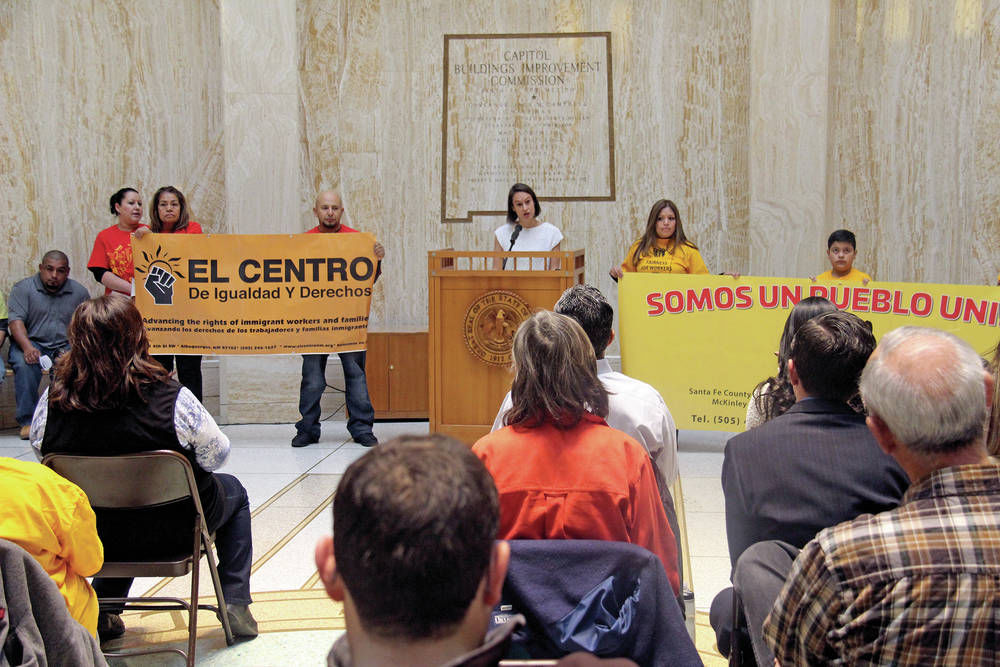 ‘This settlement ensures that hardworking New Mexicans will be able to get a fair day’s pay for a hard day’s work,’ said New Mexico Center on Law and Poverty attorney Elizabeth Wagoner during a news conference Wednesday at the state Capitol. Wagoner is lead counsel on the legal team that represents workers who filed wage-theft claims. Michaela Meaney/The New Mexican 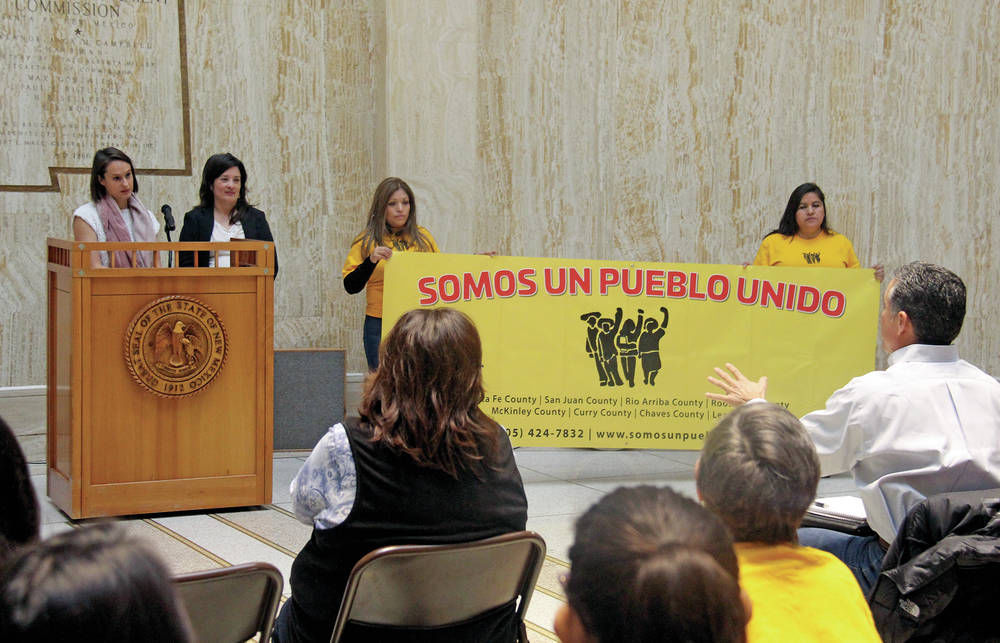 ‘This settlement ensures that hardworking New Mexicans will be able to get a fair day’s pay for a hard day’s work,’ said New Mexico Center on Law and Poverty attorney Elizabeth Wagoner during a news conference Wednesday at the state Capitol. Wagoner is lead counsel on the legal team that represents workers who filed wage-theft claims. Michaela Meaney/The New Mexican

A group of workers blocked by the state Department of Workforce Solutions from pursuing wage-theft claims has reached a settlement that changes the way the agency handles such complaints.

The agreement, negotiated during the last several weeks and finalized Tuesday, came in a lawsuit brought in January by advocates for the employees, including the New Mexico Center on Law and Poverty and Somos Un Pueblo Unido, a Santa Fe-based organization with a focus on immigration.

The agreement, which resolves accusations that the agency failed to enforce provisions of state law by improperly dismissing complaints, failing to pursue claims over $10,000 and not holding employers liable for damages, means Workforce Solutions will have to investigate more types of claims, including some that go back several years.

It also compels the state to pursue stiffer penalties against businesses of up to three times the amount of lost wages when there is a finding of employer fault.

The department and its Labor Relations Division assert its actions on the wage-claim filings — such as not accepting cases where employees claimed more than $10,000 — were “within the discretion granted by the statues.” But in the court filing before state District Judge David Thomson in Santa Fe, the state agreed to reforms as a way to “resolve their differences amicably.”

“We have worked in a good-faith effort to address concerns regarding policies and procedures that have been in place spanning prior administrations as it relates to handling certain types of wage claims, and we are pleased that we were able to resolve this matter quickly,” added Erin Thompson, deputy Cabinet secretary for the Department of Workforce Solutions.

As a result of legislation passed in 2009, New Mexico has some of the toughest laws in the country to protect workers from being denied their wages by a business owner. But many provisions of the law were not being enforced, said Gabriela Guzmán, an attorney for Somos Un Pueblo Unido.

“The only way the law will have impact will be if state agencies enforce them,” she said Wednesday at a news conference in the state Capitol Rotunda, where the settlement was announced to supporters.

Attorney Elizabeth Wagoner with the New Mexico Center on Law and Poverty said Workforce Solutions, for instance, has never sought back payment from businesses of three times the wages owed, even though that is a provision of the law. That gave employers little incentive to do the right thing, she said, because there would be no financial punishment for ignoring the law.

One of the plaintiffs in the case, Jose “Pancho” Olivas, spoke Wednesday. He brought the complaint after he said a restaurant in Farmington denied him more than $10,000 in back wages for regular and overtime shifts over eight months.

He asked the state to help him collect $15,000 for himself and $25,000 for his wife, but the Department of Workforce Solutions refused the case because of the high dollar amounts, asking they go directly to court. Under the settlement, his case and others will be reopened and investigated, though a finding could be months away.

“Because of this settlement, both me and my wife will be able to move forward with our complaints,” Olivas said. “It’s a lot of money.”

Under the settlement agreement the state has agreed to:

• Vacate the practice of not accepting wage claims above a certain amount or beyond a year old and investigate all claims regardless of value.

• Seek statutory damages arising from claims so workers might be paid back three times the amount of back wages they are owed, for cases that go to enforcement.

• Adopt procedures to allow claimants with limited English proficiency to pursue their claims, including translating forms and materials in Spanish and providing for translation services for both telephone inquiries and hearings.

The state also has agreed to launch a robust public information effort — including public service ads on radio stations — about the filing of wage-theft claims and to reopen cases that may have been improperly dismissed going back to 2014.