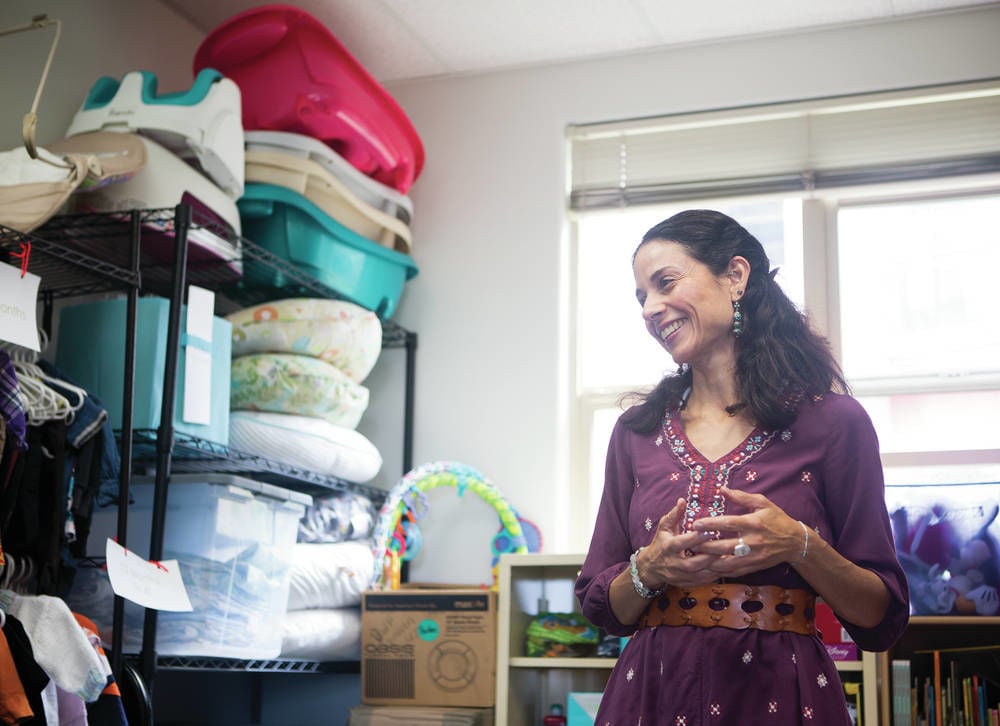 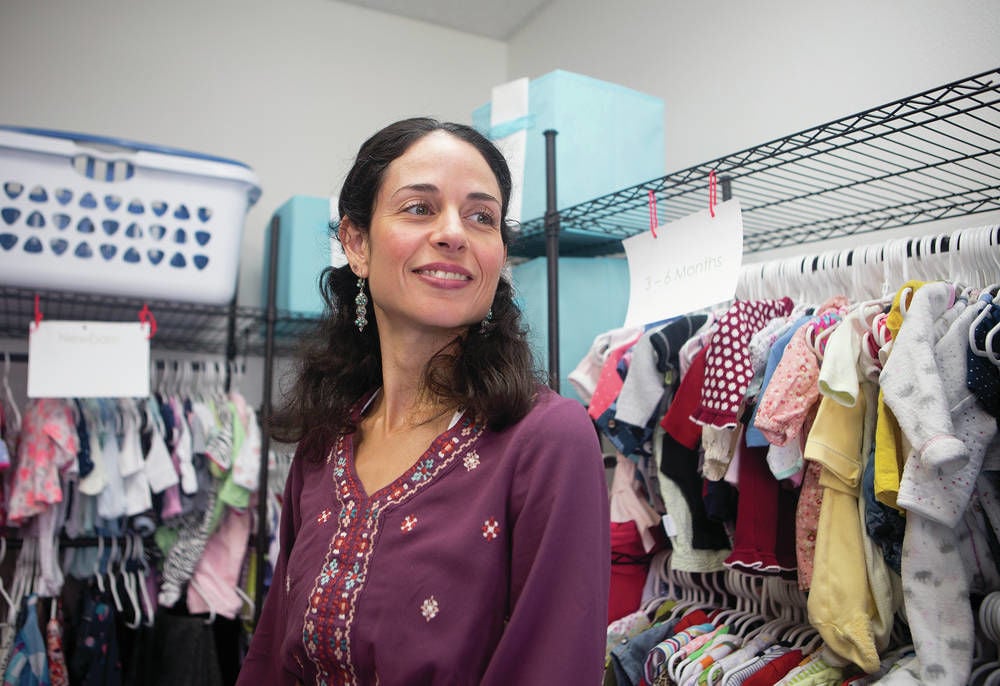 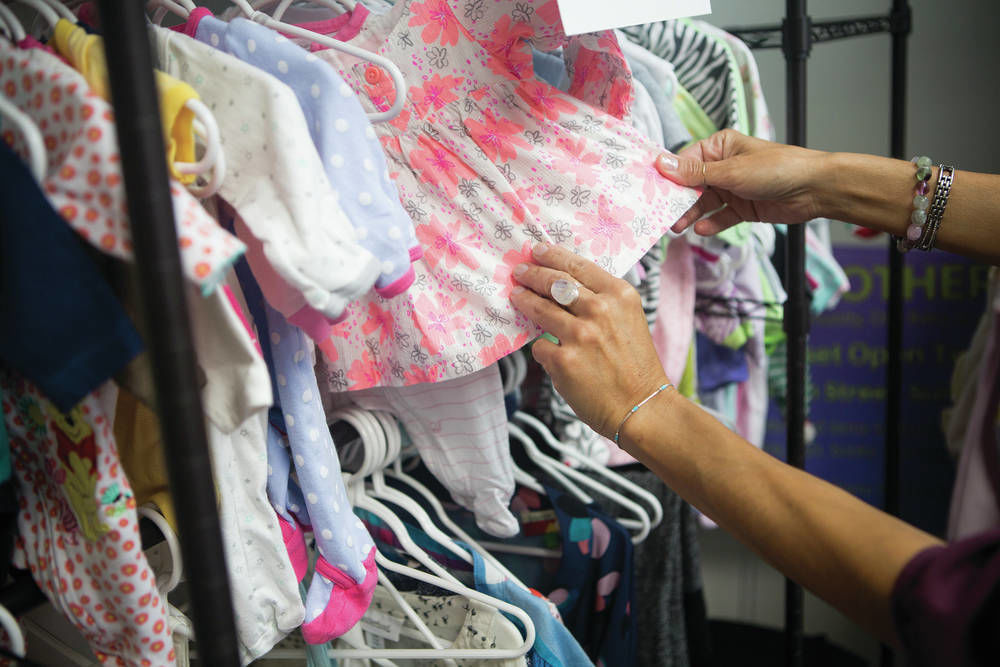 Raising a child is arguably more costly than ever.

That’s why Many Mothers — a local nonprofit that offers support to families with newborn babies or recently adopted infants — decided to launch its latest project, The Village Closet. Organizers say the outlet provides affordable baby items to low-income families in a thrift store-like environment, aiming to bridge a gap between families with resources and those without means.

“Parenting is stressful in general, and when our basic needs aren’t met, it gets even more stressful,” said Antoinette Villamil, executive director at Many Mothers. The hope, she added, is that the closet “helps decrease that financial strain … and then that improves the child’s well-being.”

At The Village Closet, which opened July 20, a baby carrier that would have cost upward of $100 in a retail store can be purchased for $10. Baby shirts and shoes are $1, breastfeeding pillows and supplies are $10 and infant bathtubs are $4. Additionally, there are several shelves stacked with books and bins filled with toys.

“Some of the things are in boxes still; they’ve never been used,” Villamil said, pointing to a talking teddy bear, constrained to cardboard with twist ties.

But because infants outgrow clothes and toys so quickly, she said, even used items in the closet likely weren’t used very long.

Often, these types of items end up in the trash, said Erin O’Neill, a mother of three who teaches various parent/child programs at Santa Fe’s Waldorf School and regularly collaborates with Many Mothers. It’s also “creating accessibility to families who need and deserve beautiful things for their baby.”

The project, O’Neill said comes at a time when the cost of raising a child “is insane.”

Villamil can attest: Raising her 5-year-old son, Maksim, as a single mother “was hard for me — and I had resources,” she said. “It’s so much easier for families to slide into poverty these days.”

For Many Mothers, The Village Closet is not only a way to give back to struggling parents — it’s also another source of revenue for the organization.

Although Many Mothers doubled the number of families it served between 2016 and 2018,the number of staff and their budget has remained the same, Villamil said.

While she called the work “a labor of love,” she acknowledged “we are definitely strapped.”

The Closet, Villamil said, will likely “offset our costs and raise our profile. … My hope is that the awareness gets us more funding.”

With that goal, she said she could see the Closet eventually moving outside of the Many Mothers office on Fifth Street and into a bigger location.

For now, the Closet will continue selling goods Many Mothers gathered and put in storage for at least two years — it will begin accepting donations once those items run out — under former Director Nancy Guthrie, who Villamil credits for brainstorming the Closet long before its opening.

When it debuted, the Closet welcomed about a dozen or so shoppers, sold about 25 items and made around $150 in sales, Villamil said.

“The response from the community has been, ‘Wow, we’ve needed this for a long time,’ ” she said.

Yet, it’s not just those receiving the items who celebrate the Closet’s existence, O’Neill said.

“To bring these items that are so lightly used and so deeply loved, that’s a blessing,” she said. “It’s not charity; it’s reciprocity.”

What: The Village Closet from the Many Mothers nonprofit sells donated infant and toddler items to low-income families. Purchases under $50 are cash only.

When: 9 a.m. to noon Saturdays