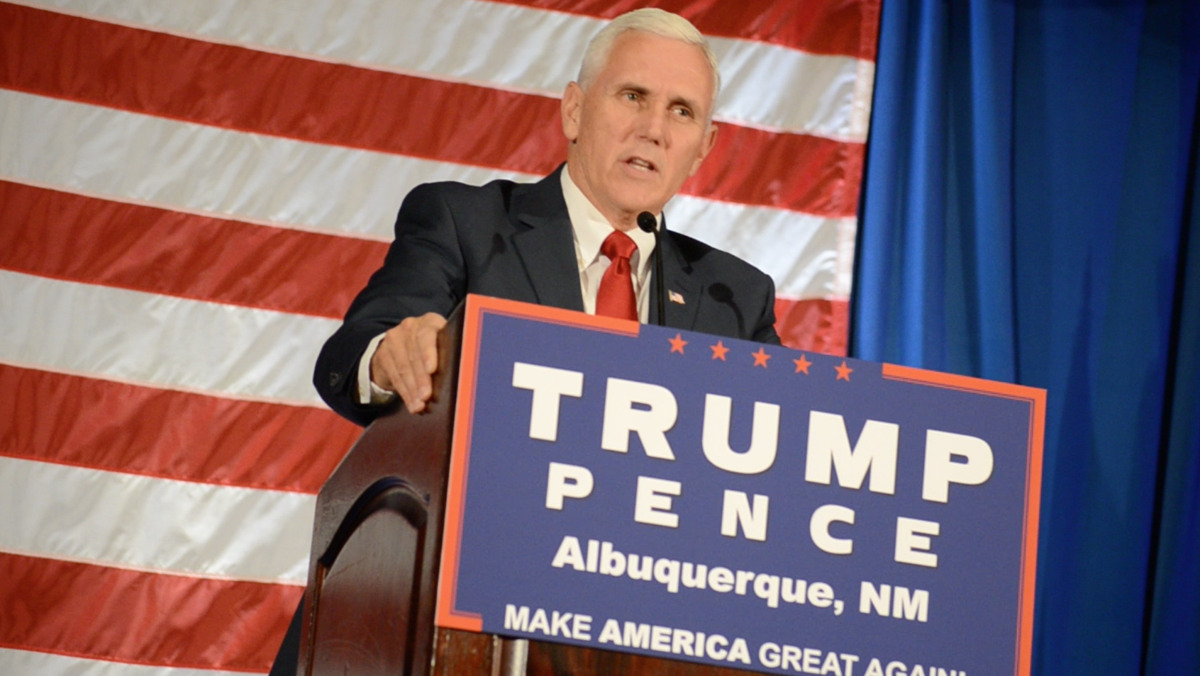 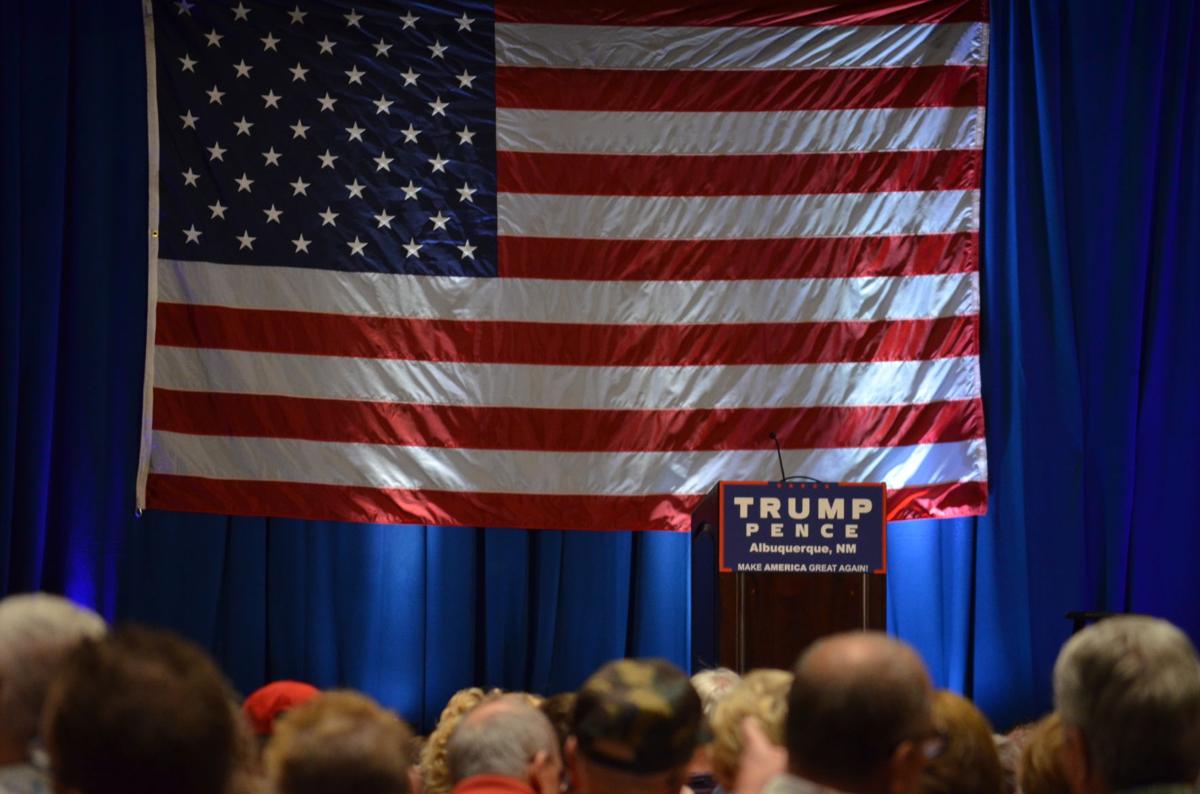 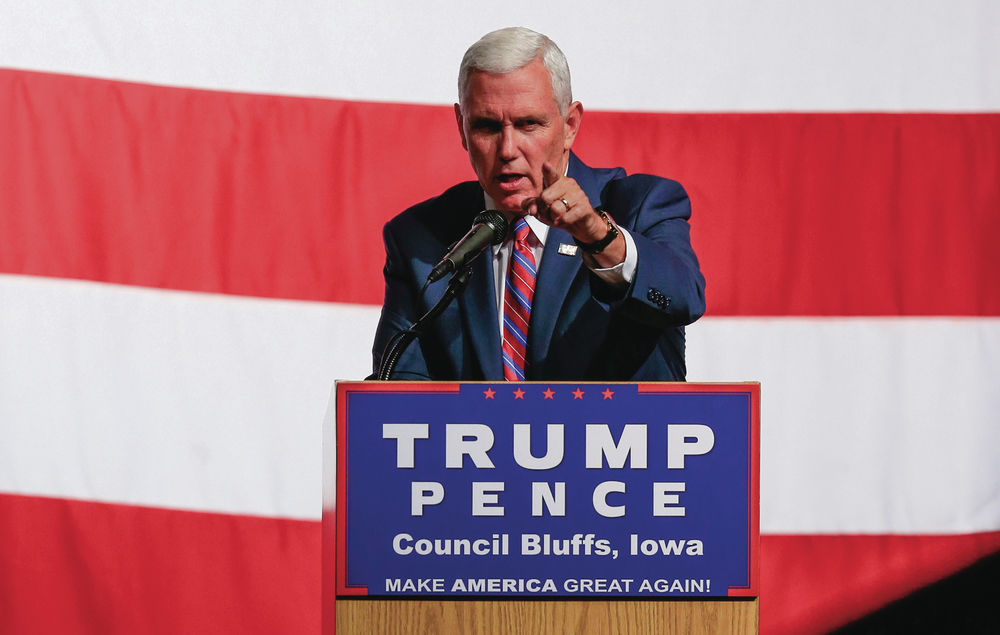 Republican vice presidential nominee Mike Pence, who already had planned to be in Albuquerque for a private fundraiser Tuesday, has added two public events to his New Mexico schedule.

Pence, the governor of Indiana and the running mate of presidential nominee Donald Trump, is scheduled to appear at a “town hall” meeting at 3:30 p.m. Tuesday at the Sandia Resort & Casino. Doors open at 1 p.m. Then Pence is scheduled to speak Tuesday night at the New Mexico Military Institute in Roswell.

Most pundits and prognosticators have been saying for months that New Mexico will not be a competitive state in the presidential election, and that Trump has little chance of winning. But Pence is devoting an entire day to New Mexico less than three months before the election for a simple reason.

“We feel we can win every state,” said Todd Johnson, state director of the Trump-Pence campaign. “I feel like New Mexico is ready for change.”

Democrats held a news conference Monday in Albuquerque to criticize Pence. “I hope he has a good time in New Mexico and that he spends some money here,” said state Sen. Jacob Candelaria, D-Albuquerque. “And I hope there are no hard feelings when New Mexico delivers our five electoral votes to [Democrat] Hillary Clinton in November.”

Asked whether he thinks Trump will spend money advertising in New Mexico, Johnson said, “I can’t comment on that right now.”

State Democrats called on Pence “to answer for Donald Trump’s disastrous economic plan” and to demand that Trump release his tax returns, as has been tradition for presidential candidates in the past 40-plus years.

Republican spokesman Tucker Keene said in response: “New Mexicans of all stripes understand that the economic policies Clinton and [running mate Tim] Kaine have supported their entire careers are not working for them, and that’s why Donald Trump and Mike Pence’s positive, pro-growth message is resonating so well across the country and across our state.”

Candelaria called attention to Pence’s record as governor on gay-rights issues, saying Pence is “one of the most anti-LGBT governors in the nation.”

Pence backed and signed a “religious liberty” law in Indiana. But when the business community complained that the law could hurt Indiana’s economy, Pence signed subsequent legislation that said the original law couldn’t be used as a defense for discrimination.

Pence is not the only member of a presidential ticket campaigning in New Mexico this week.

Libertarian presidential nominee Gary Johnson, a former New Mexico governor, will hold a rally in Albuquerque that originally was planned for last week. The reason for delaying the event was to accommodate 33 car clubs that want to participate, a Johnson campaign official said Monday. The event now is scheduled for Saturday.

In a telephone interview, Scrimshaw, a former Santa Fe resident, said, “Literally thousands from the lowrider culture wanted to support and endorse and rally behind Governor Johnson.”

Soon after Johnson became governor in 1995 he received national attention for comments to reporters that he feared for his safety while jogging on a Santa Fe street. He said he’d seen a car with tinted windows, packed with kids and riding low to the ground move slowly alongside him. “Was I going to get shot? Why was the car going past me so slow?” Johnson said.

To which Newsweek said, “Get a grip, Gov. It sounds like you saw a lowrider.”

Not long after that, a group of 15 or so lowriders came to the Capitol and Johnson took a spin in a red 1967 Chevrolet Impala. Johnson from the beginning said his initial remarks were misunderstood. “I’ve known lowriders my entire life and, from what I know of lowriders, they obey the speed limit [and] they’re very careful drivers,” he said after his ride in the Impala. “Their cars are beautiful, and I would hope that lowriders continue their tradition.”

Johnson’s rally and car show is scheduled for 2 p.m. Saturday at the Albuquerque Convention Center. Doors open at 1 p.m.

Contact Steve Terrell at 505-986-3037 or sterrell@sfnewmexican.com. Read his political blog at tinyurl.com/roundhouseroundup.