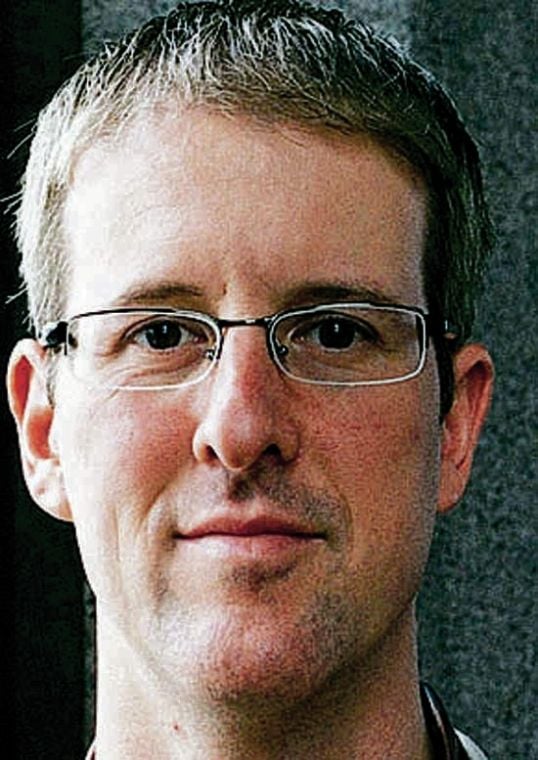 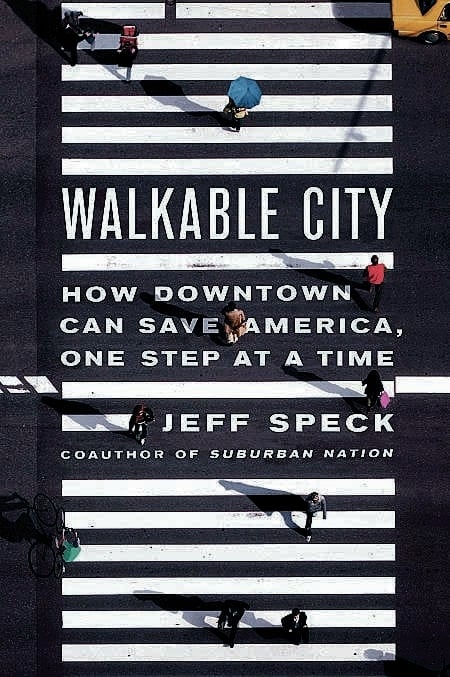 Urban planner Jeff Speck already believes Santa Fe is a city that is “immanently walkable.” In fact, he said, it’s one of his favorite places in America. But the downtown area and other parts of town could benefit from focusing more on getting people out of their cars and on their feet.

It’s not just a feel-good plan, he said, but an approach that would bring big economic benefits, as well.

“Walkability is both an end and a means, as well as a measure,” Speck wrote in his book, Walkable Cities: How Downtown Can Save America One Step at a Time. “While the physical and social rewards of walking are many, walkability is perhaps most useful as it contributes to urban vitality and most meaningful as an indicator of that vitality.”

Speck will talk about those ideas in a public lecture Tuesday, and will meet with members of the Creative Santa Fe nonprofit, local officials and others for a design workshop.

Cyndi Conn, executive director for Creative Santa Fe, said she wanted the author to visit the city because she was impressed with Speck’s strategies. One of the nonprofit’s goals, she said, is to help increase foot traffic between Santa Fe’s Railyard/Guadalupe Street area and the Plaza.

“The perception is that we have everything figured out and we are this great walkable city,” she said. “But we want to start a conversation about some of the opportunities that we may not be taking advantage of.”

Speck, who was director of design at the National Endowment for the Arts from 2003 through 2007, wrote that most cities worship “the twin gods of Smooth Traffic and Ample Parking,” but he encourages simple design fixes that can “reverse decades of counterproductive policies” and make walking safe, useful, comfortable and interesting.

“If we are going to a get a greater percentage of the population to walk, the walk has to offer something that is superior to driving,” he said.

Putting buildings closer to the sidewalk and street rather than placing parking areas in front of a business helps pedestrians feel safer and invites them to enter doors, he said, pointing to studies that show people who walk and ride their bikes are more likely to shop at local businesses rather than big box stores.

Also i don't think i have met anyone, anywhere who had the perception of santa fe being remotely walkable.

“The perception is that we have everything figured out and we are this great walkable city,”

Karl is 100% correct in his assessment. The people who run creative Santa Fe need more knowledge in the sociological and geopolitical relationship ( geography, demography, and economics) of the state prior to even bothering with such nonsense. A demographic tourism study was performed by a NMSU sociology professor about 6-7 years ago that addressed in large scale the topic of tourism and its economic impact on the state. Las Cruces was looking to boost its tourism dollars and looked towards Santa Fe as a model. What was found was that Santa Fe was more of a destination stop over for tourism dollars as opposed to destination hot spot. Tourists were sleeping / grabbing dinner in the city but were traveling by CAR in their outings. Tourists were on average traveling 75 to 100 miles out of the city for their vacation leisure. Workers were on average traveling 10 - 25 miles to get to their job in the city. Unless Jeff speck and Cyndi Conn can create walk-ability between lets say between Santa Fe and Taos to the North and Santa Fe to the abq airport to the South then he car will be at the core of New Mexico tourism. Santa Fe likes to think of itself as this crown jewel of New Mexico but in fact its the outlying areas tourists in large part come to see. Case in point can be seen in the fact tourism dries up in Santa fe during the winter months. Why? The art galleries, restaurants, and everything else that were there in summer still exist. What doesn't exist is the nice weather to head out on the high road or go camping or hiking in the wilderness.

For being a part of the "City Different" Creative Santa Fe sure is doing its best to try break that mold.

1. existing, operating, or remaining within; inherent
2. (Christianity / Ecclesiastical Terms) of or relating to the pantheistic conception of God, as being present throughout the universe Compare transcendent

~ Is this a proofreading gaffe, or is walking in Santa Fe inherently such a deeply spiritual experience that we don't need to pay someone to change it?

Wow - an urban planner from elsewhere who wants to make Santa Fe like everywhere else - one who brags about being " director of design at the National Endowment for the Arts from 2003 through 2007" a government organization who is famous for taking money for the arts and using it for arts organizations instead of creating art.

The McCuin foundation did an extensive study on the downfall of the arts in Santa Fe and why and suggestions on how to recover - that would be the study to look at as the art colony in Santa Fe used to be a powerful economic base for taxes - where the artists themselves were pulling in sales from people all over the world. - instead of now art foundations and associations draining the economy with their tax free businesses.

a study that was done for Santa Fe by those who know Santa Fe - for how to recover a business model that worked with what is in place now instead of spending taxpayer money on useless changes.