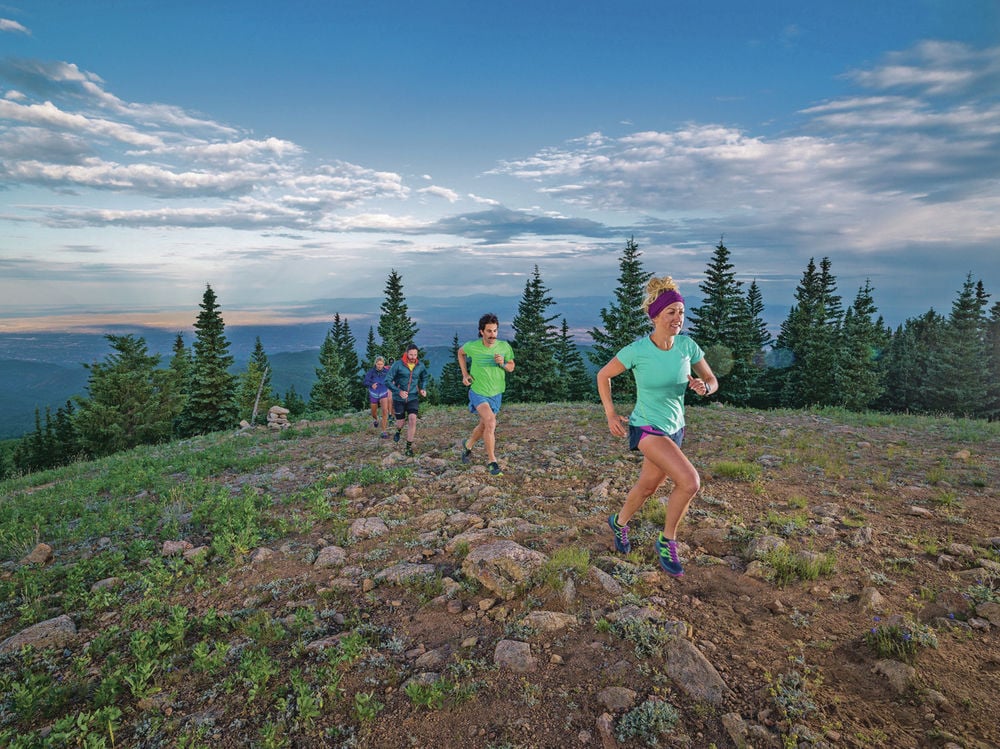 Katie Grossman and others run along a trail with the Ultra Santa Fe crew in the Sangre de Cristo Mountains. Courtesy photo 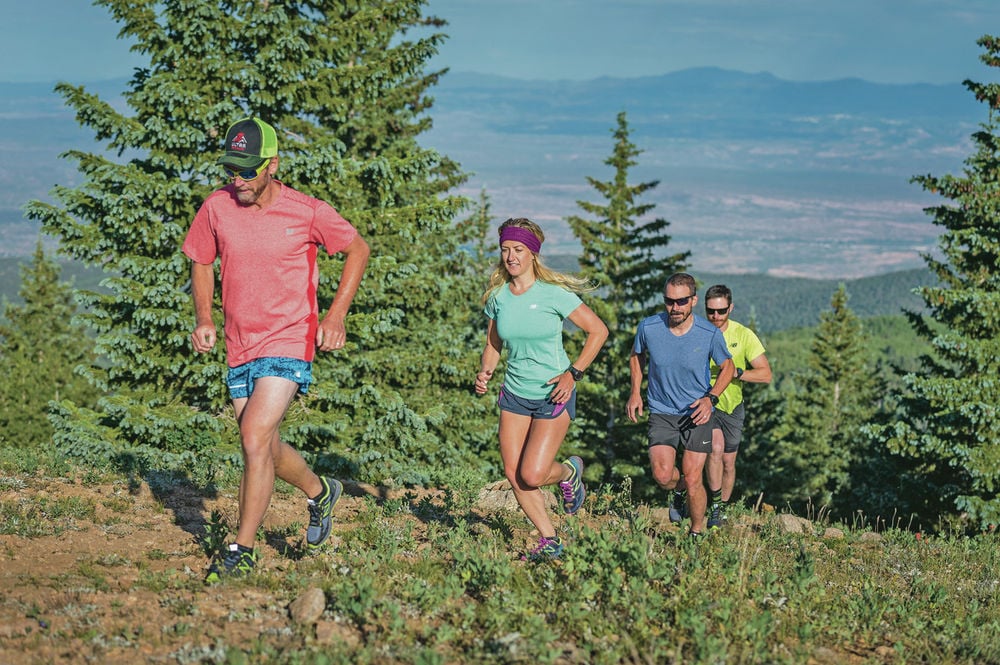 Professional athletes Dominic and Katie Grossman and others run along a trail with the Ultra Santa Fe crew in the Sangre de Cristo Mountains above Santa Fe. Courtesy photo

Katie Grossman and others run along a trail with the Ultra Santa Fe crew in the Sangre de Cristo Mountains. Courtesy photo

Professional athletes Dominic and Katie Grossman and others run along a trail with the Ultra Santa Fe crew in the Sangre de Cristo Mountains above Santa Fe. Courtesy photo

Runners this fall will compete in Santa Fe’s first, large-scale ultra-marathon with a 50-mile course through the mountains. The race also will serve as a reminder to residents and tourists alike that Santa Fe is home to more than arts and good eating, outdoor advocates say.

“Hopefully, with Ultra Santa Fe, we’ll put our trails and our mountains on the running map,” said Peter Olson, race director and an avid runner.

The race is another activity on a list of outdoor events in the recent years that have drawn thousands of people to Santa Fe for mountain biking and increasingly, mountain running. These events generate revenue for hotels, shops and transportation businesses.

In late May, the third annual Outside Bike & Brew was held in Fort Marcy Park and attracted more than 5,500 people. Those who traveled to Santa Fe for the festival collectively spent an estimated $386,780 on lodging, food, shopping and other expenses, according to an economic study of the festival.

David Griscom, Santa Fe County’s economic development manager, said Santa Fe is as much a mountain town with high-altitude sports as the Colorado cities of Telluride and Leadville, but its culture of arts and cuisine has largely dominated its image.

In 2012, the International Mountain Bicycling Association World Summit came to Santa Fe, bringing with it some 500 industry officials. Since the event, Griscom said, interest in outdoor recreation has grown.

The ultra-marathon race is “just another feather in our cap,” Griscom said, adding that the city needs more of them. “We should have a seven-thousand-feet-in-elevation marathon.”

The Sept. 10 race will begin at La Casa Lodge at the base of Ski Santa Fe and include four categories. The longest run spans 50 miles and a cumulative 14,000 feet of climbing on trails north and east of Santa Fe. There is also a 31-mile course, a 13-mile course and a 1-mile uphill course.

The 50- and 31-mile courses, called ultra-marathons because their distances exceed the 26.2 miles in a normal marathon, are rugged. From the base lodge, the 50-mile course runs through a forest of ponderosa pines to the upper Rio en Medio Trail and many miles later to the Winsor Trail. From there, amid foothills sprawling with piñon and juniper bushes, the trail winds more than 3,000 feet back up to Tesuque Peak before the final downhill to the 10,350-foot-high base lodge.

Already, Olson said, runners from both coasts and many states in between have registered to race. He expects a mix of professional runners, recreational athletes and families who want to hang out, enjoy the music and ride the chairlift that runs above the 1-mile race course.

Olson, 54, has been running in Santa Fe for a quarter-century. He and Taylor Pardue, a running partner and the other race director, wished for years that somebody would organize an ultra-marathon in the mountains until they decided they should do it.

“Santa Fe has so much to offer,” Olson said. “The more positive energy we build, the more opportunities we’re going to have.”