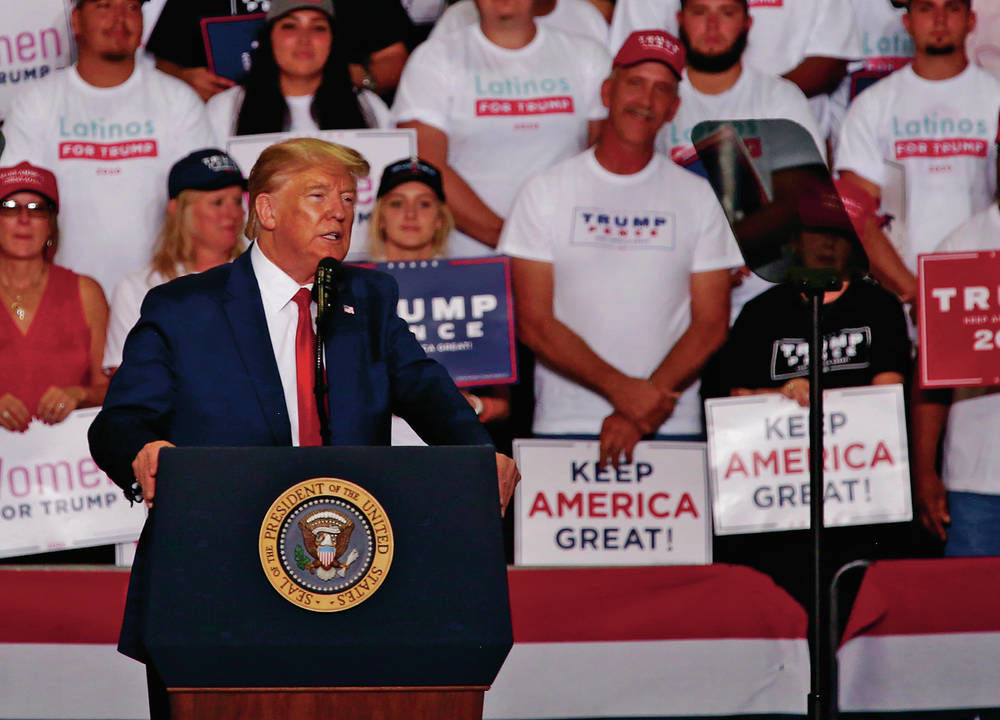 President Donald Trump addresses supporters at a rally in September at the Santa Ana Star Center. 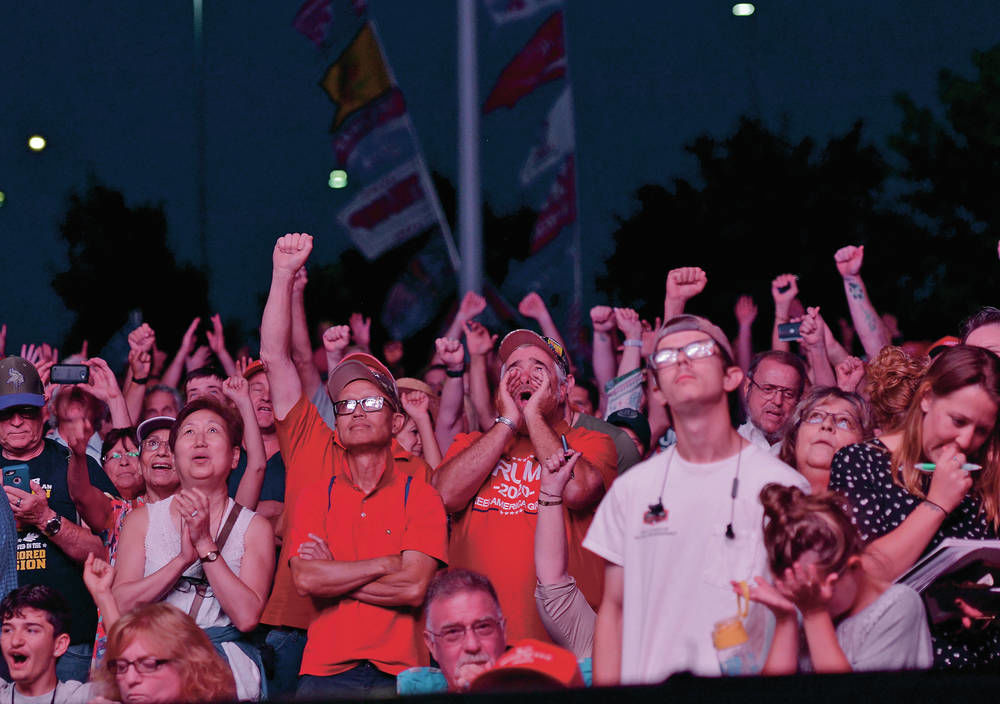 Supporters of President Donald Trump watch the president’s speech on a large screen outside the Santa Ana Star Center in September in Rio Rancho.

President Donald Trump addresses supporters at a rally in September at the Santa Ana Star Center.

Supporters of President Donald Trump watch the president’s speech on a large screen outside the Santa Ana Star Center in September in Rio Rancho.

President Donald Trump again vowed Tuesday to win New Mexico in the November presidential election, adding that he would “soon” return to the state.

He later added, “Say hello to the people of New Mexico. I’ll be there soon.”

The president made the remarks as he invited to the stage a commissioner from Lea County, who spoke about the recent spike in oil production there and thanked the president for helping the county get drilling permits more quickly.

Trump then said if Democratic presidential candidate Bernie Sanders “or one of these characters” is elected, Lea County would need to “close up” its oil fields.

A representative for the Trump campaign did not immediately return a call seeking clarification on when Trump might return to the state.

Say what you will. Red flag laws and push through BS legislation based on fear monger tactics will reap what you sew for your elitist agendas. Trump-Train-A-Coming

His nose just continues to grow.

Based on the makeup of the State Legislature and our Congressional delegation, President Trump has his work cut out for him.