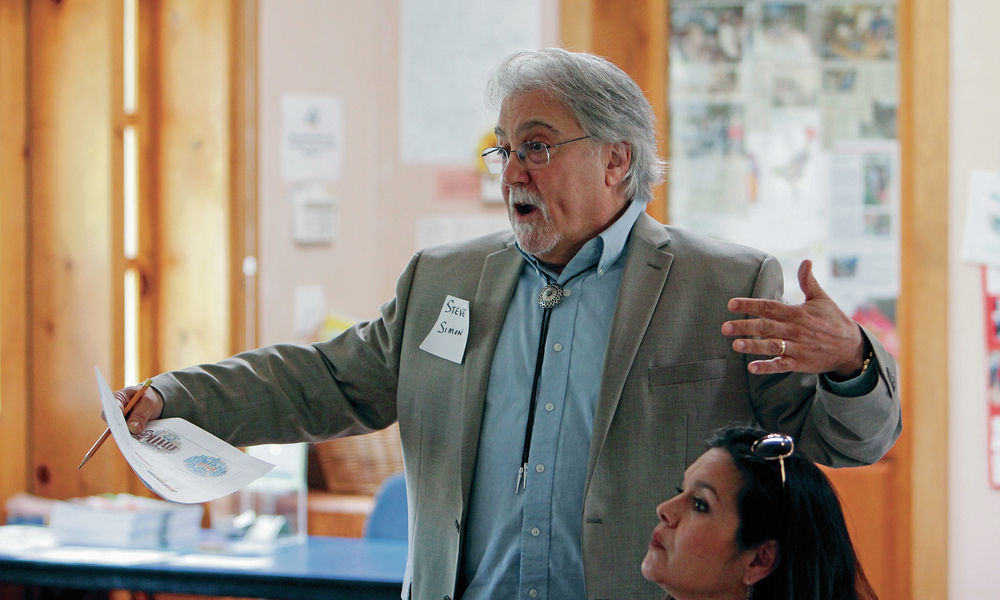 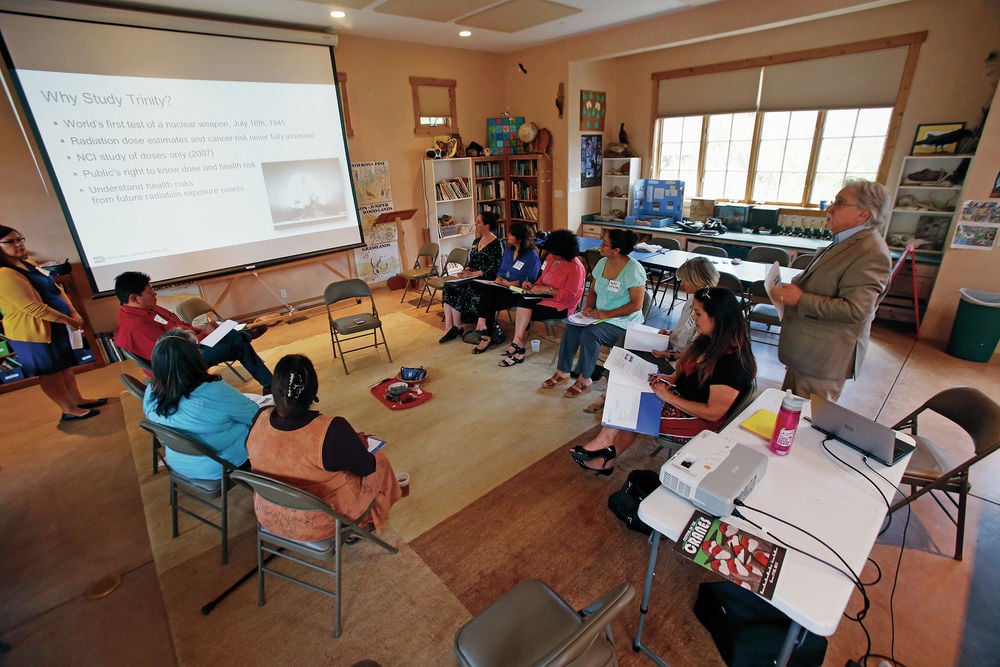 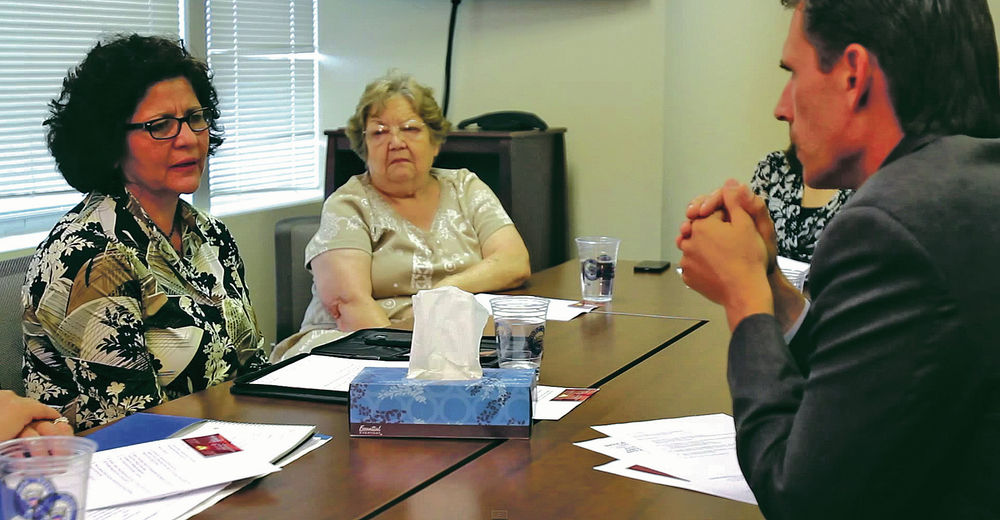 Seventy years after the top-secret explosion of the world’s first nuclear device in the Southern New Mexico desert, advocates for New Mexicans who say radioactive fallout from the Trinity Site test made them ill are growing increasingly wary of what they say is a new round of government secrecy, even as they are finally getting attention from the government after years of having their complaints ignored.

This new uneasiness was apparent as they met in Santa Fe last week with National Cancer Institute researchers who are making the first attempt to document possible doses of radiation received by individuals across the state and assess the health risks.

For privacy and scientific-research reasons, the researchers said, they could not reveal the protocols they are following as they conduct a survey of lifestyles that might have led to internal exposures to radiation from the nuclear cloud that deposited fallout across a wide area in July 1945.

That explanation failed to satisfy some who have complained that the U.S. government told them nothing about the potential dangers before or after Los Alamos scientists set off the atomic bomb.

“When something is done in such secrecy … when they say ‘we can’t share that, we can’t share this,’ it just makes me very suspicious,” said Tina Cordova , leader of the Tularosa Basin Downwinders Consortium, which is working to get Congress to acknowledge Southern New Mexicans’ claims of decades of suffering from what they believe were radiation-induced cancers, thyroid disease and other afflictions.

“It’s just reminiscent of the secrecy that was in place around the development of the Trinity bomb and the testing, and even what goes on in Los Alamos today,” she said. “I can’t help but think that in some regard, we’ve become victims again.”

National Cancer Institute researchers briefed members of Cordova’s group and other activists, as well as representatives from New Mexico Indian tribes and the state’s congressional delegation, on the institute’s work toward determining possible statewide health effects from the Trinity test.

In a meeting Wednesday at the Randall Davey Audubon Center & Sanctuary, the researchers, including health physicist and project director Steve Simon, declined to reveal which New Mexico communities would be included in the survey of residents who were alive at the time of the blast.

A year ago, as a pilot study was about to begin, a researcher with the institute told The New Mexican that the communities involved in the study would include Alamogordo, Roswell, Fort Sumner, Santa Rosa, Albuquerque and Santa Fe, as well as the Mescalero Apache community in Southern New Mexico and Picuris Pueblo in Taos County.

Last week, National Cancer Institute subcontractor, Emily Haozous of The University of New Mexico’s nursing department, said the list of communities has changed. But she would not identify the communities, nor would she discuss how specific questions for the survey would be selected.

While several participants at the meeting complained that researchers are shrouding the study in secrecy, Marian Naranjo of Santa Clara Pueblo said she appreciated privacy measures afforded to tribal members.

Holly Beaumont of the New Mexico chapter of Interfaith Worker Justice said she was disappointed that “in a state as large as New Mexico, the [public] cannot be told where the interviews were conducted. … It seems like there is a cloak of what I would call secrecy rather than privacy over this project.”

Beaumont noted that groups such as Cordova’s, as well as Naranjo’s Las Mujeres Hablan, “opened the door” for the National Cancer Institute in New Mexico through organizational work that included obtaining tribal permission to interview residents on Native lands.

Simon and other researchers gave a PowerPoint presentation that showed the team had interviewed nine people for the pilot study, ages 69 to 101, who included four men and five women, three Native Americans and six people of Hispanic descent.

The institute’s Silvia Salazar said those selected had “to be able to remember that time period.” She said researchers learned of foods that could have been sources of radiation, and documented incidents of people ingesting adobe and soil.

Those interviewed were asked questions about their diets and living circumstances at the time of the Trinity Site test in an attempt to determine possible pathways for internal exposure to radiation.

Communications manager and project investigator Jennifer Loukissas said a year ago that the most reliable reporting would come from those who were old enough at the time to be familiar with the dietary and living habits of their younger siblings and other relatives for whom they might have been helping to provide care.

“I believe in the public’s right to know,” Simon said, trying to persuade the group that the institute has tried to be as transparent as possible.

“This is my life’s work,” said Simon, who has been involved in assessment of radiation exposures from nuclear accidents and detonation tests around the world. “Detail and quality is important.”

Planned for the study’s second phase next year is consultation with focus groups in a wide variety of communities and interviews with selected individuals, followed by analysis of the data. The researchers did not say how many people would be surveyed.

Publication of the final results of the study is not expected until at least 2017.

However, Simon and the others noted that nothing can proceed further until the National Cancer Institute receives permission from several review boards and the White House Office of Management and Budget.

“We are going to do the best we can despite federal limitations,” Simon said.

Simon has led or been involved in radiation dose reconstruction projects in Kazakhstan, the site of Soviet nuclear tests; Chernobyl, the site of a nuclear plant disaster; Nevada and the Marshall Islands, where other U.S. nuclear test blasts occurred; and, most recently, Fukushima, Japan, the site of the nuclear reactor crises following a tsunami.

He also has experience in New Mexico, notably with The University of New Mexico and Los Alamos National Laboratory, where he served as a medical physicist for cancer treatments in clinical trials.

Asked for an interview after Wednesday’s meeting, Simon said he no longer is allowed to speak with news reporters without permission from higher-ups. He declined to identify them.

Our view: After Trinity, never again

Seventy years after Trinity, the tortured legacy of the atomic bomb lingers — in the world, …

"...Asked for an interview after Wednesday’s meeting, Simon said he no longer is allowed to speak with news reporters without permission from higher-ups. He declined to identify them...."

I'm sure that reassures the skeptics.....

The toxic quality of fallout has potency for many years after the event. This investigation seems focused just on the 1945 test. There were others and accidents in Los Alamos that effected people later. This legacy has impacts for later generations. Not to mention our health.