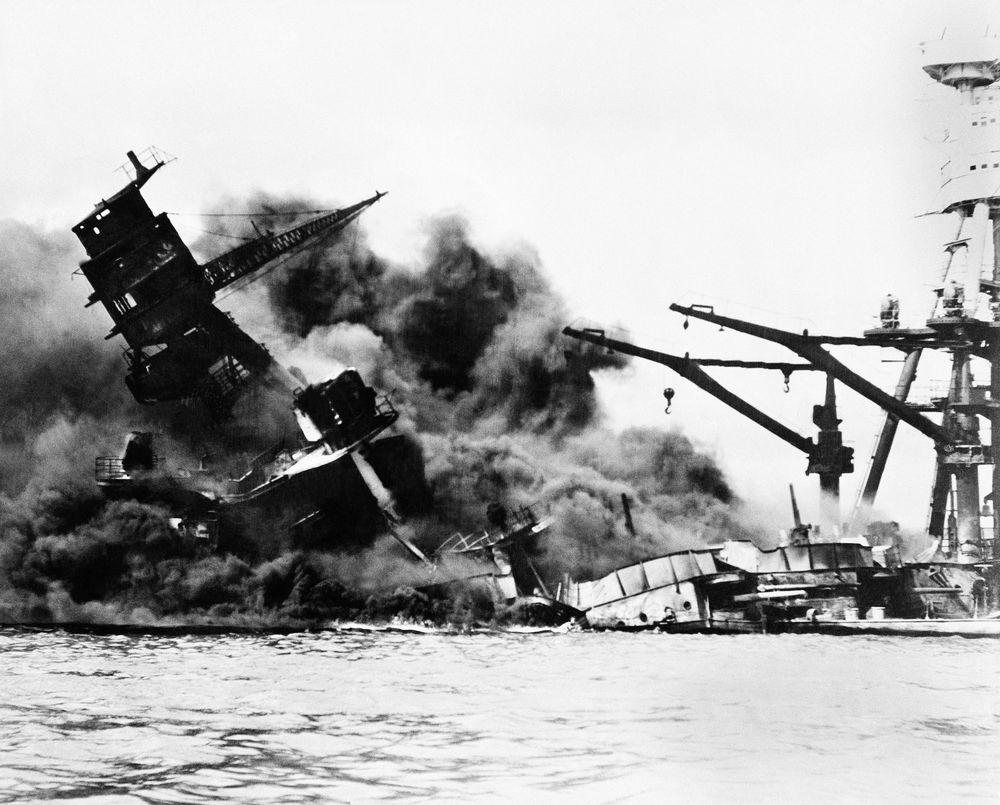 The battleship USS Arizona belches smoke as it topples over into the sea Dec. 7, 1941, during Japan’s surprise attack on Pearl Harbor, Hawaii. The ship sank with more than 80 percent of its 1,500-man crew, including Oren Sumner. 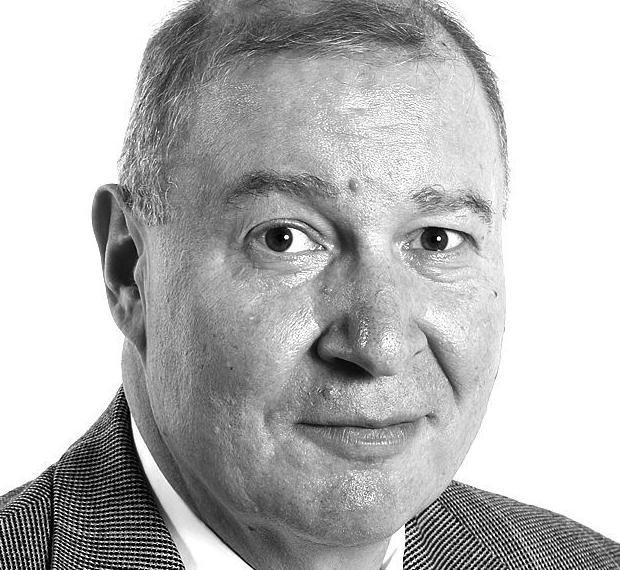 Martin Anthony Gara would have turned 100 this year. He died at age 20, the forgotten New Mexican of Pearl Harbor.

Gara was a sailor aboard the USS Oklahoma when Japanese pilots strafed the ship with nine torpedoes in the surprise attack of Dec. 7, 1941.

The Oklahoma capsized in 10 minutes under a cloud of dense black smoke. Gara and 428 of his shipmates perished.

Another 1,177 sailors and Marines died on the USS Arizona, also an easy target in port on Battleship Row. All told, the Japanese aerial assault killed 2,402 Americans, pushing the United States into World War II.

The chaos and all the casualties meant countless service members died with little notice. Gara was one of them.

Born in Chicago in 1921, he grew up a child of the Great Depression. Jobs remained scarce as the 1940s arrived, and Gara enlisted in the Navy.

His induction was in Illinois, a fact that over the years obscured his connections to New Mexico. By the time Gara was at Pearl Harbor as a Navy fireman, second class, his mother and sister lived in Albuquerque.

They heard from the War Department via telegram two weeks after the bombings in Hawaii. The message was brief: Gara was missing.

His mother received a second telegram in February 1942. This one was worse. Gara had died on the Oklahoma.

A two-paragraph story about Gara ran several weeks later in the Albuquerque Journal. No mention was made of whether his body had been found.

In fact, the Navy recovered the remains of many unidentifiable sailors on the Oklahoma. They were buried as unknowns at National Memorial Cemetery of the Pacific in Honolulu.

Decades went by and breakthroughs occurred in forensic science. The Defense POW/MIA Accounting Agency reexamined the graves, and, in 2017, it identified Gara’s remains.

The staff at Santa Fe National Cemetery erected a gravestone memorializing him. There’s no mention of his birthplace of Illinois. It lists Gara as a sailor from New Mexico who died on Pearl Harbor Day.

Like many military men of the 1940s, Gara saw a bit of the world. He had no chance to live much of a life.

Neither did Oren Sumner. He and a buddy, Ernest “Dick” Werner, dropped out of Albuquerque High School after their junior year in 1941. They joined the Navy a month later, on July 3.

A seaman second class, Sumner was aboard the USS Arizona when the bombs thundered down at Pearl Harbor. He died at 17.

Werner received a different assignment that would place him on a destroyer near Casablanca in Morocco. By the fall of 1942, fighting was so fierce in the North African campaign sailors referred to the area north of Casablanca as torpedo junction.

Werner would tell newspaper reporters about the day an enemy torpedo missed his ship by perhaps 6 feet. All he could think of was Sumner, who by then had been dead for almost a year.

Sumner’s decision to quit high school to serve in the Navy might have been influenced by more than a pact with a pal. Two of his older brothers were in military service, one in the Army and the other in the Navy.

Endless debate today centers on whether freedoms are eroding because certain governments and businesses require masks to blunt the coronavirus pandemic. Remembering Pearl Harbor is a good way to gauge how much harder life used to be for Americans, even teenagers.

Billy Spurgeon Walters Jr. of Tucumcari enlisted in the Navy in August 1940. He was 18 when he traveled to Denver to sign up. Walters came from a large family that included four sisters and a brother.

He knew his decision to enlist could place him in harm’s way. World War II had erupted in Europe the previous year after Adolf Hitler’s Nazi Germany invaded Poland.

Walters and thousands more teenagers sacrificed because of patriotism, family needs or both. Military service provided the immediate opportunity to earn a paycheck.

Walters’ specialty in the Navy was fire controlman, third class. He died on the Arizona as Japan escalated the war with its attack in the Pacific. Walters would have marked his 20th birthday in another nine days.

If there was any doubt how much rougher the world was in 1941, the kids of Pearl Harbor should dispel it.

Two of my uncles and several older friends served during WW II. One of my baseball buddies down the street had a dad who told an interesting story. On a troopship convoy headed to Europe, one of the other ships was torpedoed and sank, with considerable loss of life.

Given the fact that today's people can't even deal with masks or shots, I suspect if we were attacked today as we were in 1941, the Stars and Stripes would come down in half an hour. We have become a nation of wankers.

Thank you for this tribute to the brave & forgotten. My father, as an ensign, with only 6 other crew, managed to take their destroyer, the USS Phelps through the chaos out of the harbor. It was a Sunday morning with all superiors ashore & they were in their undershorts! He could not speak of it ‘til 50 years later. I would like to think that in memory of all we will protect our imperiled democracy with as much fervor. May their sacrifices not be in vain.