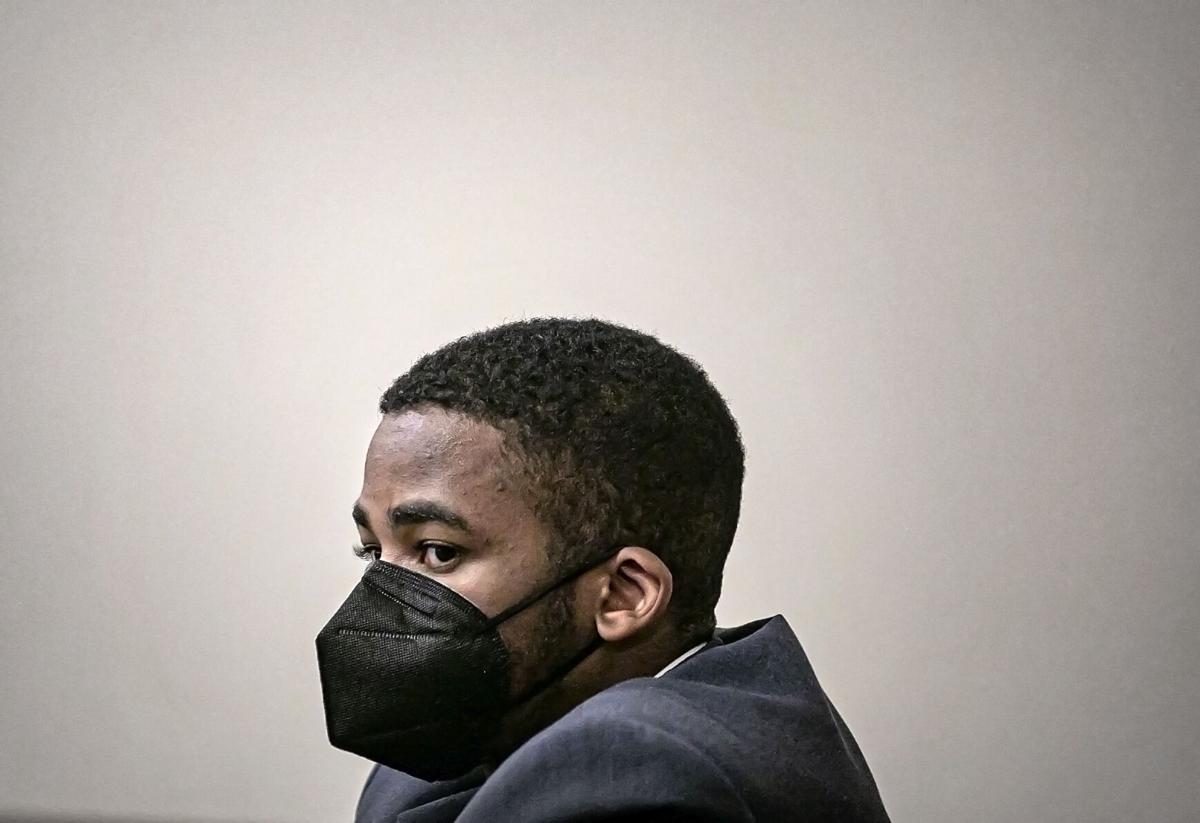 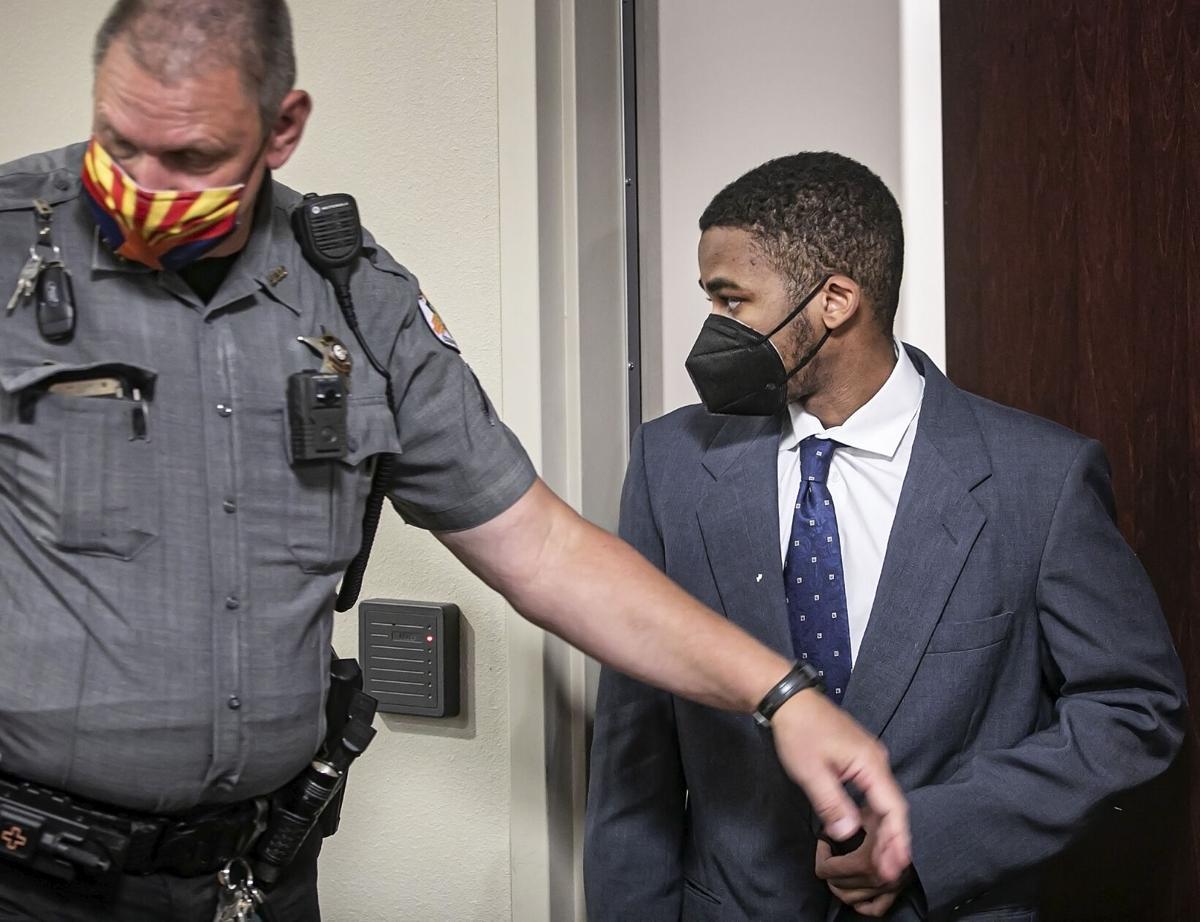 A jury trial began Tuesday in one of three cases against Maury Elliot, who is accused of raping three women in Santa Fe over a five-month period between late 2019 and early 2020.

Elliot, 25, is charged with first-degree kidnapping, criminal sexual penetration and contributing to the delinquency of a minor in the case — the first against him to go to trial — in which he’s accused of raping a 15-year-old girl at his studio apartment on Cerrillos Road while his friend slept at the foot of the bed on the floor.

The prosecutor told jurors the girl sneaked out of her home that night to meet Elliot and his friend — another man in his 20s — who picked her up at a school near her home sometime after 10 p.m.

The two men had met the girl and her friend on the Plaza a week or so before, according to testimony presented Tuesday, and had arranged to meet up on social media.

The three of them drove around, then drank at a park before going back to Elliot’s apartment. Etcitty said that after several failed attempts Elliot had sex with the girl over her repeated objections as she “faded” in and out of consciousness.

In her opening statement, Elliot’s defense attorney Jennifer Burrill said the girl gave differing accounts of what happened that night and they should pay close attention to lack of physical evidence in the case.

One person whose story has stayed the same over time, Burrill said, was Elliot’s friend, who drove that night and spent the entire night in the apartment with Elliot and the girl.

The state called that man — Derrick Chavez, 27, of Pojoaque — as its first witness Tuesday.

Chavez testified the men shared their whiskey with the girl and Elliot blew marijuana smoke into her mouth. But he said he didn’t see or hear anything that looked or sounded like sex between Elliot and the girl that night or the next morning.

Chavez told jurors he had not planned to sleep at Elliot’s that night but did so because it got late as he was waiting to give the girl a ride home.

After throwing up at the park, Chavez told jurors, the girl had “panicked” and said she was afraid to go home because she would get in trouble.

Chavez testified they jointly decided to go to Elliot’s apartment. She got in his car of her own accord but needed help getting from the car to Elliot’s second-story apartment because she was unsteady on her feet, Chavez said.

At the apartment, Chavez said she was able to walk to the bathroom but didn’t say much and laid on the bed while he and Elliot ate pizza.

They went to sleep — Elliot and the girl on the bed and Chavez on the floor — around 3 a.m., he testified.

Chavez testified he woke Elliot and the girl around 7 a.m., telling them he had to take her home now because he had to go work.

Elliot walked them out to the car, Chavez said.

The girl was quiet on the ride home, he said.

Chavez said he had an “very intense” conversation with the girl via the social media platform Instagram the following morning and texted Elliot about it from work. But other than acknowledging receiving his message Elliot didn’t say much in return, Chavez said.

The two men only hung out once after that, he said, and didn’t talk about the incident.

Chavez testified that he also had been charged with rape and other counts in the case but had received “use immunity” — meaning nothing he said in the trial short of perjury could be used against him in his case.

Court records show the District Attorney’s Office dismissed the charges against Chavez in December 2019 but did so “without prejudice,” meaning they could be refiled.

Testimony in the trial is scheduled to last through Friday.

Rules of evidence prohibit jurors from being told Elliot was accused of raping two other women after that incident.

One of the other cases against him is related to allegations he raped a woman he met outside a downtown bar in January while awaiting trial on the first case.

According to reports from the time, the woman, then 27, told police Elliot offered her and her friend cocaine outside the bar and she refused. But he followed them into the bar, and they struck up conversation.

The woman said her friend left — because she did not feel comfortable around Elliot, according to a police affidavit — and she went with Elliot to his apartment, the affidavit said.

When they arrived, she told police, he tried to kiss her and ignored her resistance, instead pushing her onto his bed, removing her clothing and raping her.

All three women told police they thought Elliot may have drugged them.

Elliot told The New Mexican in a February 2020 interview the encounters were consensual and said he did not understand why he was facing charges.

He denied committing any crimes and said the encounters with the teens — ages 15 and 17 — and the 27-year-old woman were consensual.

He also denied drugging the women and said the women could have removed themselves from the situation at at time.

The trial is scheduled to last through Friday.

My heart goes out to the victims... But sadly I don't believe they will get any justice... I have ZERO faith in our DA or our Judges.

A lot of people will be watching to see if we have a justice department that functions for protecting society.

DA will be disappointed in the outcome, as usual?