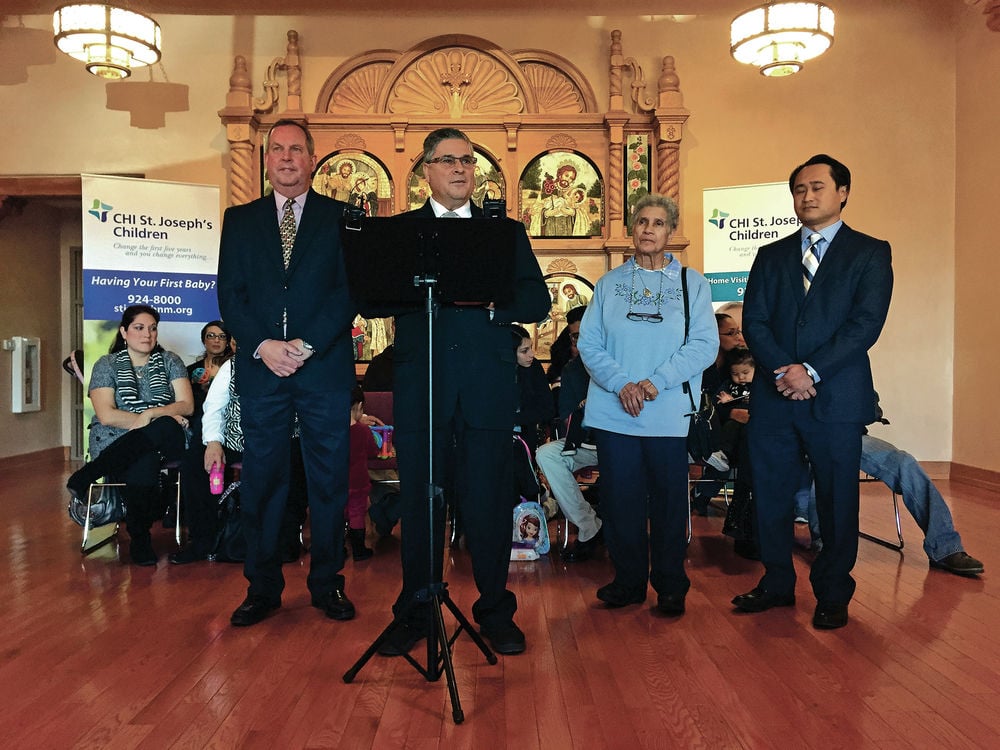 Allen Sánchez, president of Catholic Health Initiatives St. Joseph’s Children, leads Thursday’s news conference to explain why the faith-based organization launched an advertising crusade that satirizes the ‘New Mexico True’ campaign. On his left are Sister Juanita Gonzales and Victor Limary, and on his right is Patrick Themig, all of whom are St. Joseph’s Children board members. Daniel J. Chacón/The New Mexican 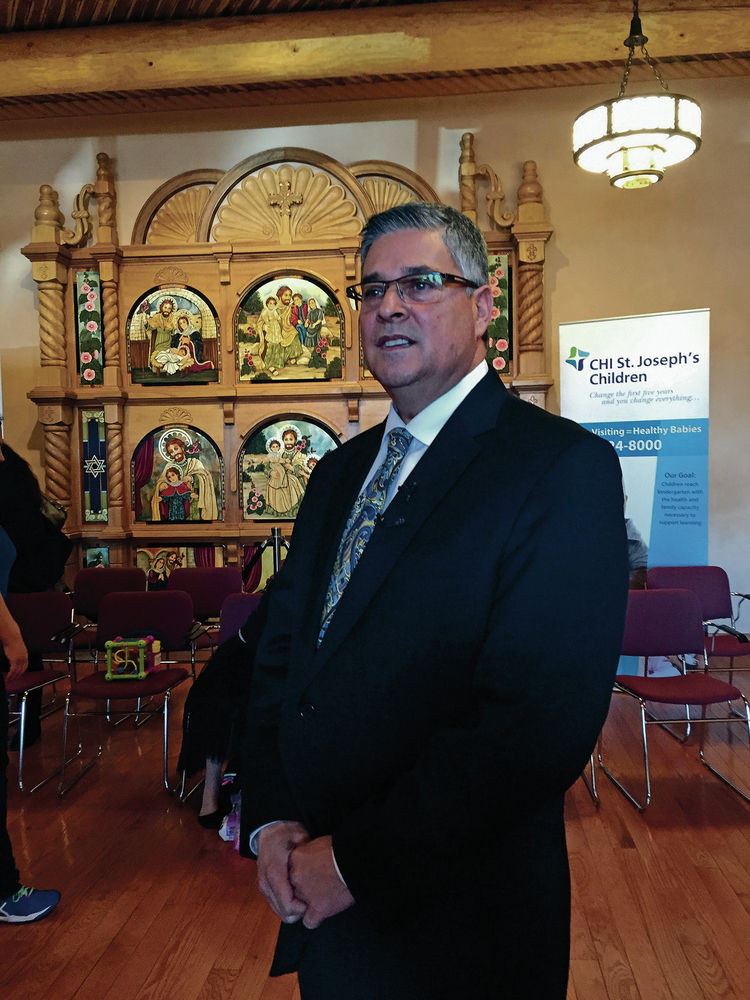 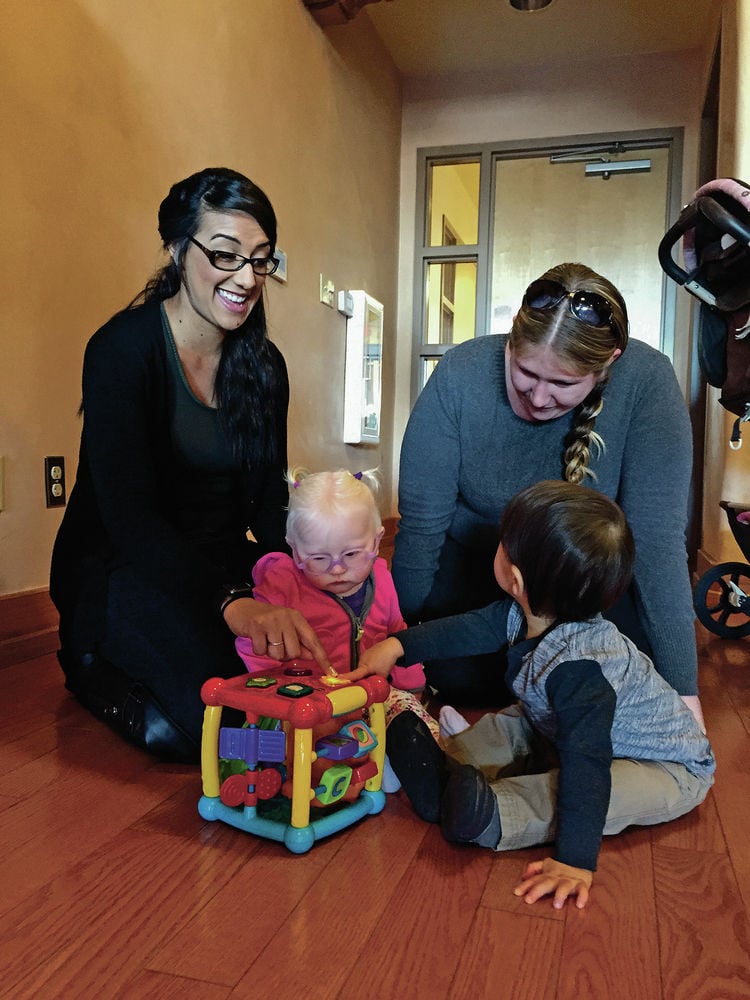 Allen Sánchez, president of Catholic Health Initiatives St. Joseph’s Children, leads Thursday’s news conference to explain why the faith-based organization launched an advertising crusade that satirizes the ‘New Mexico True’ campaign. On his left are Sister Juanita Gonzales and Victor Limary, and on his right is Patrick Themig, all of whom are St. Joseph’s Children board members. Daniel J. Chacón/The New Mexican

What started as a modest $200,000 advertising campaign that mocked the state’s tourism efforts and highlighted child poverty has turned into New Mexico’s biggest controversy, generating a back-and-forth about whether a satirical media blitz is hurting the very cause it purports to champion.

But Allen Sánchez, the head of the Albuquerque-based Catholic organization behind the ads, said he will not back down, despite threats of legal action and criticism by Gov. Susana Martinez’s administration about his crusade that satirizes the “New Mexico True” tourism campaign.

If anything, Sánchez said Thursday, he may extend the run of the campaign, originally planned for three weeks, and emphasize the word “truth” even more.

The ads, paid for by Catholic Health Initiatives St. Joseph’s Children, use beautiful imagery of New Mexico while highlighting the fact that thousands of the state’s children live in poverty and fare poorly in school.

The ads underscore the conflicting realities of a state that each year attracts millions of tourists drawn by magnificent landscapes and cultural riches while at the same time hovering at or near the bottom of national rankings for poverty, education, economic growth and childhood well-being.

Confronting those truths without repelling tourists and making matters worse has become a constant tug of war for the state’s image-makers and has led to some wrangling between state tourism officials and St. Joseph’s.

“We have a right to create a parody of the government,” Sánchez, CEO of St. Joseph’s Children of Albuquerque, said Thursday during a news conference at his office.

“There’s no litigation at this point that we know of, but our attorneys are in dialogue with the state, and if they’re not happy with the logo, we may consider making the word ‘truth’ much bigger,” he said, generating laughter and applause in a conference room jammed with children and their parents.

Sánchez said St. Joseph’s Children knew the campaign would be controversial, but it ballooned overnight.

“People are very sentimental about their state,” he said. “They love their state, and we want to transfer that love for the photo of a ski slope to the children.”

The Martinez administration countered by charging that the ads constitute trademark infringement and cast New Mexico in a bad light by hijacking a carefully crafted tourism campaign designed to draw visitors to the state because of its breathtaking landscapes and rich history.

Sánchez said that is the campaign’s point: “The parody and satire in this campaign highlights the irony that we live in such a beautiful state and yet we have such dire social problems, problems that have gone on for far too long. Child poverty is not an out-of-sight, out-of-mind problem. We see it every day, and it must be addressed.”

On social media and online comment boards, opinions were mixed. They ranged from people saying the governor should address the problem instead of criticizing the ad campaign to charges that St. Joseph’s Children is potentially hurting a tourism effort that helps the economy. Sánchez’s critics say what he’s doing could hurt New Mexico children even more.

His allies, though, said Sánchez had struck a raw nerve that needs to be in the public eye.

“Parody can be the best medicine. Your truth is a vacation home in Angel Fire. Our #NewMexicoTruth is poverty,” state Rep. Javier Martinez, D-Albuquerque, said on Twitter.

“Truth and True go side by side,” Chris Brothers wrote on santafenewmexican.com. “If we can’t do enough to help the poor and especially poor children in our state, what good is all the natural beauty.”

“This is a disgrace,” Christina Gill wrote on nmpoliticalreport.com. “Mr. Sánchez should be fired, tourism is one of the highest employers outside of government in NM, we provide jobs that keep parents employed, able to pay rent and put food on the table, this will hurt his cause more than help it. Mr. Sánchez should face criminal charges for deflamation [sic] of the people of NM.”

Rick Allen took the opposite stand on abqjournal.com. “From early reports, it looks like the politicians and their enablers don’t want any discussion or any challenges to their record of inaction and irresponsible governance. If New Mexico’s elected officials can’t do well by the children of the state, what is it that they can do and for whom?”

Randy Randall, executive director of Tourism Santa Fe, the city’s convention and tourism bureau, said Thursday, “It seems to me that the bigger issue we make out of it, the more potential it has to be damaging.”

He said it is important for the state to maintain its tourism brand as “strong and without outside baggage.”

Using statistics from the U.S. Census Bureau and a recent Annie E. Casey Foundation report that ranks New Mexico 49th in the nation when it comes to child well-being, the St. Joseph’s campaign says that while this is “The year of El Niño,” the state’s children are being drenched in neglect.

The ads report that New Mexico has the highest rate of children living in poverty in the nation, that more than 60 percent of 3- and 4-year-olds are not enrolled in preschool, and close to 80 percent of the state’s children are not proficient in reading by the fourth grade.

Sánchez said the ads will appear on television and radio, as well as in newspapers and on social media. He said The Albuquerque Journal declined to run the ads. The newspaper’s advertising department did not return a message seeking comment.

The group’s most recent video ad showcases striking images of New Mexico while a female narrator says, “This is New Mexico. Where you can discover your inner child. And uncover severe childhood poverty. New Mexico Truth.”

Since 2011, Sánchez and St. Joseph’s have been advocates of using some gains from the state’s $15 billion land grant endowment to expand early childhood education. Sánchez says getting infants and small children off to a good start will lead to more high school and college graduates and smaller prison populations. Gov. Martinez, a Republican, and several high-profile Democrats in the Legislature have opposed using the endowment for another program, saying it is to help pay for public schools for generations to come.

“And when we invite tourists to New Mexico, do you not think they don’t drive to our communities as they go to reach the ski slopes? We are not creating damage. And I want to put it into context. This is a three-week campaign. If Breaking Bad did not stop tourists from coming to New Mexico, this isn’t [either] because … this is about the truth.”

Sánchez maintains that St. Joseph’s is within its constitutional right to make fun of the government, albeit in such a serious manner.

“Two other factors also help. First, New Mexico Truth is not being used to sell goods or services. Second, it is political dissent — the most highly protected speech in our society.”

Sánchez says that, while Martinez’s administration is criticizing the ads, the governor cannot dispute the statistics behind the copy.

“We are very disappointed with the governor’s response,” Sánchez said. “Instead of coming out with something like, ‘We care about the kids, let me tell you what we have for them in our budget,’ she is just swinging at the ad. They don’t want to go into the real issue.”

In December, state Sen. Michael Padilla, D-Albuquerque, introduced a proposed constitutional amendment to use 1.5 percent of the land grant endowment’s gains — or at least $125 million a year — for early childhood education. If his bill makes it through both houses of the Legislature, it would go to voters for the final decision in November’s general election.

Speaking by phone, Padilla said he wasn’t privy to Sánchez’s campaign in advance.

“I’m very surprised by the campaign,” he said. “I don’t think it’s a good use of the public’s attention because the ‘New Mexico True’ campaign has been very successful. It’s such a critical time for this piece of legislation that I wonder if this will further embolden people on the opposite side of the cause right now.”

Jen Schroer, president and CEO of the New Mexico Hospitality Association in Albuquerque, sent out a group email to tourism industry representatives urging them to ask their lawmakers to stop the ads and not vote for any funding that St. Joseph’s requests.

“We have our own trust,” he said. “We are spending $6 million on childhood programs that are free to the public. Now the state has to do their part.”

On Thursday, Schroer said that, although the association believes that the welfare and education of the state’s children are important issues, “We do not agree that anyone can use our intellectual property without permission, even if it is for a worthy cause.”

“Communities throughout our state utilize our New Mexico True to drive tourism and drive their economy,” she said. “St. Joseph’s is fragmenting that brand, which may lead to unintended consequences.”

The Department of Tourism says St. Joseph’s Children is infringing on trademark rights, and officials are threatening legal action.