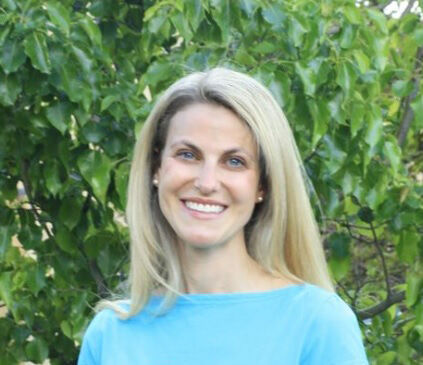 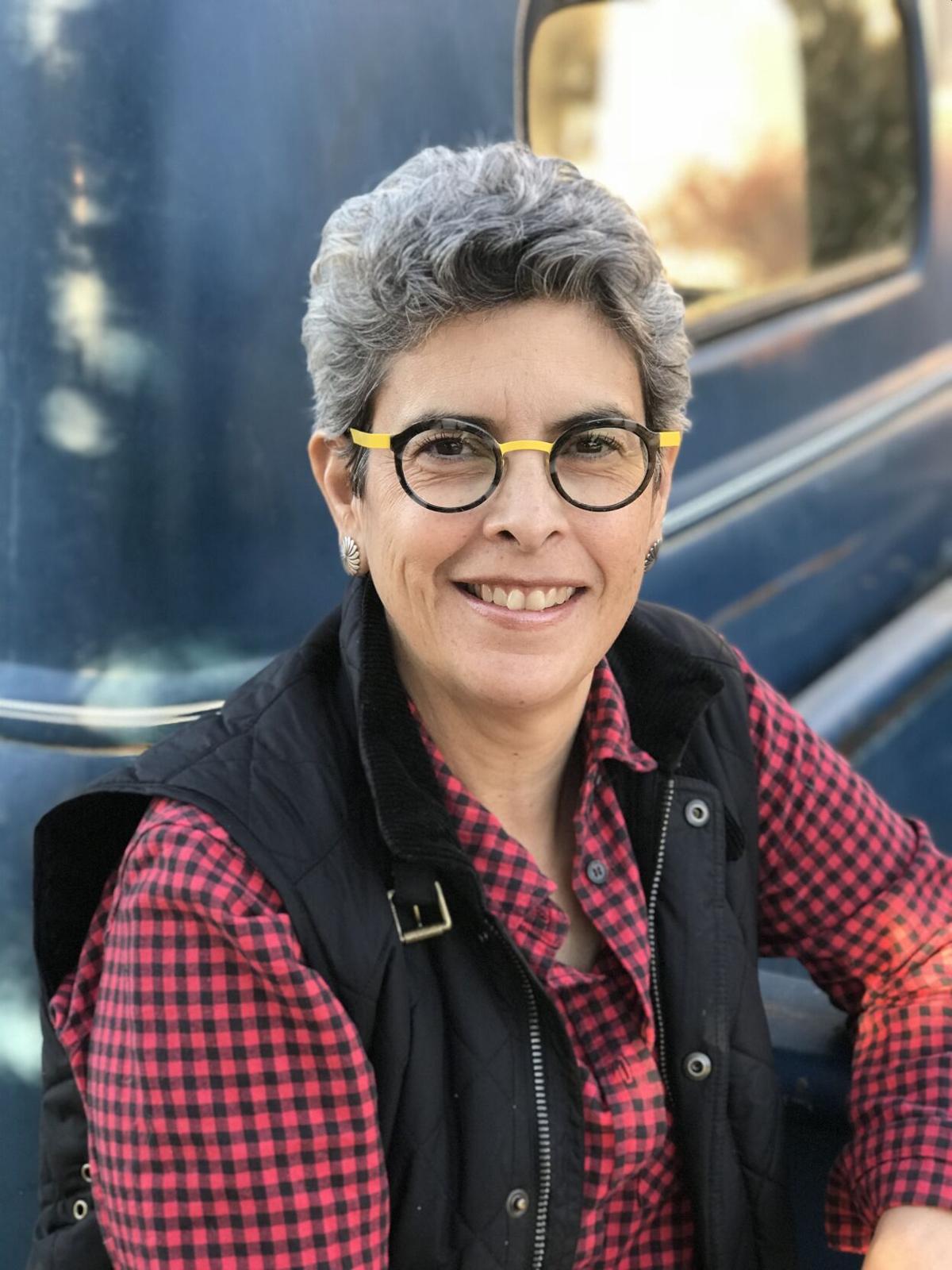 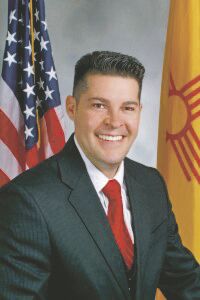 Three of eight Santa Fe city councilors have said they will support Mayor Alan Webber’s bid for reelection on Nov. 2, but others on the council apparently seek to remain neutral or aren’t publicly saying who they’ll back.

“We are thrilled to have such strong support from local leaders, who have worked directly with Mayor Webber and know his leadership skills first hand,” Sascha Anderson, Webber’s campaign spokeswoman, wrote in an emailed statement. “These Councilors work day in and day out with the Mayor; they know his character and his heart. Together, they are leading the city forward.”

Vigil Coppler’s allegiance, of course, is with her own campaign. But of the four remaining councilors, three indicated they wouldn’t endorse in the race. One, Signe Lindell, whose north side District 1 is viewed as a stronghold for Webber, could not be reached for comment. Lindell is in a four-way race to keep her District 1 seat.

Councilor Michael Garcia, a frequent Webber critic, said he had no plans to endorse a candidate but encouraged voters to do their homework before voting.

“It’s critical that when folks cast their ballot, they are casting it in an informed manner,” he said. “Voters should not solely focus on what candidates are claiming that are their successes but take the extra step and educate themselves on what their failures have been; what have they not accomplished?”

Councilor Chris Rivera didn’t rule out an endorsement, but said he was remaining neutral at this time, as he has for the majority of his 10 years on the council.

“Never say no to anything,” Rivera said of making an endorsement. “I guess if the circumstances were warranted, I might.”

In an email, Councilor Renee Villarreal wrote she believed the ethical approach was not to make an endorsement.

“While I realize the importance of election endorsements, endorsement by your peers while currently serving in office with them are a distraction from the current work at hand that we need to be doing as a Governing Body,” she wrote in an email. “And asking for endorsements while we are currently serving with one another is inappropriate and creates a ‘divide and conquer’ approach, which only creates more divisions and fractions.”

Sisto Abeyta, Vigil Coppler’s campaign spokesman, wrote in an email the District 4 city councilor had spoken with her colleagues, and many expressed an interest in “maintaining a sense of decorum and respect” before declining to endorse a candidate.

When asked if Webber’s campaign asked for an endorsement from the other councilors, Anderson replied endorsements from more local leaders will be rolled out over the coming weeks. U.S. Sens. Ben Ray Luján and Martin Heinrich recently announced their support of Webber.

The mayor’s campaign has rolled out an exhaustive lists of endorsements on its campaign website, including former Mayor Sam Pick and state Reps. Linda Serrato, Andrea Romero, Roger Montoya and Susan Herrera. Other entities, including the International Alliance of Theatrical Stage Employees, the Rio Grande Chapter of the Sierra Club and most recently, Animal Protection Voters, said they will support Webber.

Vigil Coppler recently was endorsed by the American Federation of State, County and Municipal Employees union Local 3999, which has frequently battled Webber on labor issues.

In a phone interview, Martinez Johnson said she didn’t know which councilors were supporting Webber but had an idea based off council voting history. She said she would welcome any endorsement from council members.

“I really think we should put our personal agendas and political affiliations aside for the benefit of Santa Feans,” Martinez Johnson said.

Oh, and I can't wait to see who the esteemed editorial board of this rag endorses, is there any doubt????

Are you all going to take the time to let them know how you feel? I emailed them that I wasn't surprised it was these three and that I would of had the same issue if they endorsed either one of the other candidates. Here you go, cut and paste if you'd like,

Councilor Villarreal has the right idea.

Very disappointed with Jamie Cassutt's endorsement of Webber, but I would expect no less from someone having roots no deeper than topsoil. She may better serve District 1 or 2 much richer topsoil there. See you at the ballot box in November.

Setting aside that your comment is mean and shallow, Cassutt Sanchez isn't up for reelection in November.

In New Mexico it can be less than an inch. In Iowa three feet.

The real questions to the voters are: are you better off today than you were nearly 4 years ago; and do you like the way Santa Fe is being run by Webber? City councilors: be careful who you endorse, your seat may be on the line! And I refer to the councilors in my district 4! Personally, I think one of our councilors will be newly appointed as JoAnn becomes the next mayor! Ha...

Webber's only real strength, and his background, is in Public Relations; a spin doctor. That was his role at "Fast Company" where Taylor did the management. But perhaps that's what Santa Fe wants; preferring illusion over substance. A living movie set, and "tourist destination".

Seriously, any person who makes a statement relating to "maintaining a sense of decorum and respect" needs to shut it, period! In the last thirty-two years of watching the different City of Santa Fe Mayor's and City Councilor's being endorsed and with high political campaign monies going into their coffers is a sham altogether. The terms and words of "decorum and respect" are just another form of buzz words that have lost their creditability of trust among the community members at-large with the the current Governing Body of Santa Fe. If institutional memory recalls from back in the day after the Former Mayor Debbie Jaramillo was elected into the Office of the Mayor, everything went into a cesspool state of mind. Nothing has changed since that period and era relating to the current division and separation that exists now with the Governing Body of Santa Fe and the current Mayor Allen Webber. Seriously, "maintaining a sense of decorum and respect" sounds good, but it does not walk the talk in my neighborhood and the "real world" we live in. From the U.S. Congress down to the local Governing Body of Santa Fe politics, it is the same-ole cesspool that we have to smell during every election cycle. Who does these political candidates or current politician's think they are fooling?

It's good to see that there are counselors that are remaining neutral in the mayor's race. That's the professional thing to do.

If they stay neutral then the voter has to guess what their political affiliations are, it's better for them to stick with the candidate they feel fits their political views, that way they leave no doubt to the voter.

This "endorsement" speaks volumes as the character, integrity, and competence of these three. They also need to be shown the door if Santa Fe is ever to recover from this debacle.

I really don’t like anyone who is running for mayor right now. Wish we had better candidates.

I agree with Villarreal. Endorsing while on the Council seems inappropriate. I expected better from Cassutt and Romero-Wirth to stay neutral.

Villarreal is the counselor who supported Three Sisters, Webber sent her out to do his dirty work.

A also agree with Villarreal. The professional option would be to remain neutral and seems appropriate. Interesting choice from whom you'd expect better. The fact that one doesn't expect better from Abeyta says it all.

Exactly. The backlash to Senator Peter Wirth might be substantial. Carol Romero-Wirth was working on water issues with County Commissioner Anna Hamilton and Carol dropped the ball on this for the last three years when it is really apparent water is a BIG ISSUE.

Puppets!!! And you are correct Samuel. Abeyta is a crook. Look what he did as the county manager. Terrible counselor

Tell us more of what he did as county manager.

Well Maria, he did just about as much as a county manager as he has done as a city councilor... ABSOLUTELY NOTHING.

Start by searching for Advantage Asphalt in the New Mexican's search engine.

The idea that 75 foot tall buildings is what Santa Fe needs proposed by Abeyta and Lindell is really shocking and they both need to be removed for it. https://www.santafenewmexican.com/news/local_news/growing-like-weeds-many-santa-feans-worry-taller-buildings-will-proliferate/article_495b8604-e5c6-11eb-b572-ef158dbca643.html